Paul Mitchell has been designing and building earth-sheltered homes for 40 years, but following the bushfires that tore across Australia, his firm’s workload has doubled.

“Since November, when the fire started in New South Wales, it’s almost doubled our workload across Australia,” architectural builder and founder of ShelterSpace, Paul Mitchell says.

“Probably half [of our nine current projects] have had their houses burnt recently.

“In terms of geographical demand, it really depends where the fires are.”

ShelterSpace is an Adelaide-based design firm that specialises in building structures wedged into their natural surroundings, also known as earth-sheltered homes.

Over four decades the company has completed 50 earth-sheltered projects, almost all of which are 95 per cent bushfire proof and use little heating and cooling resources.

The impact of Australia’s recent summer of bushfires has led to home-owners, as well as interstate councils, enquiring about commissioning structures from ShelterSpace.

Dale Lloyd, Paul’s associate, says this is because councils and homeowners have come to realise, following the bushfire season, certain housing solutions are not sustainable.

“I think a lot of people are definitely more open to alternative building solutions,” Dale says.

“What we would love to see is these little nodes of communities that live in the Adelaide Hills or the Blue Mountains areas of Sydney, and each little individual satellite town can have an earth-sheltered community building, so that people who can’t afford to build one still have access to one in the case of [a] fire event.”

“I had a friend who was on the council in Mallacoota,” Paul interjects, “and he tried very hard [to get an earth-sheltered community building].

“We pitched to the council and they didn’t want to know about it. They said ‘Nup, we’ll be right.’

“We live in a very sheltered – no pun intended – community.”

Paul, who is a 1966 Australian National University architectural drafting graduate, has been at the forefront of the Australian earth-sheltered home movement since the mid-1970s and presented a paper at the first International Conference on Earth-Sheltered Buildings in Sydney in 1983.

He first constructed this type of home for his family on the Murray River in 1979, after realising how much cooler it was in underground bunkers while enlisted for national service in the Royal Australian Engineers.

“I didn’t know what I had done, to be perfectly bloody frank and honest with you,” Paul says, laughing.

“A friend of mine who was in a band I was playing in, he was an architect, said, ‘You know what you’ve done? You’ve built yourself an earth-covered house.’” 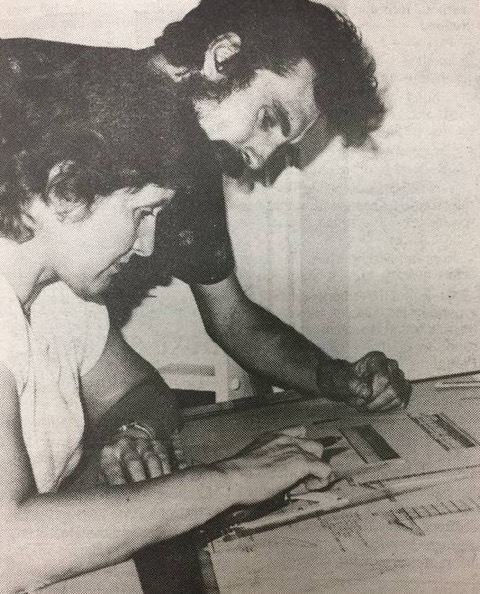 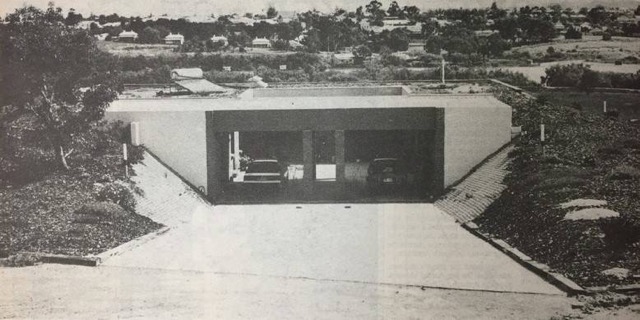 In 1983 the Murray Valley Standard reported Paul Mitchell (pictured right) won the design award for most energy efficient house (pictured above). In the article, Paul said he was inspired after noticing North Vietnamese underground defence tunnels were cooler than the ground above.

Earth-sheltered homes have been praised for their ability to regulate temperature efficiently and withstand extreme weather conditions.

The housing has become increasingly mainstream, with one of the world’s wealthiest individuals, Bill Gates, constructing a property, called Xanadu 2.0, in this style; however, Paul is quick to point out humans have inhabited these kinds of dwellings for millennia.

In the Current Era, these types of homes are praised for maintaining thermal stability.

They’re dug into the Earth, where, two or three metres below the surface, cooler temperatures can be found. And with the rear wall offering superior insulation by butting into the side of a hill, heat is much easier to retain through winter.

A large window at the front of the house allows just the right amount of summer sun to filter in, as well as a large amount of winter sunlight in the cooler months. Courtyard structures at the back of the house known, as ‘light courts’, can offer more light and ventilation.

It’s not a big leap. But once the people make the leap, it all falls into place.

Due to their earth-sheltered nature and innovations in the design process, these homes are “almost completely” bushfire resistant for a number of reasons, Paul explains.

“There’s no way a spark can get into the roof, as there is no roof space,” Paul says.

“Normal brick veneer, tiled roof, tinned-roof houses go up in flames because a spark gets into the roof space.

“If you can eliminate 95 per cent, you’re left with 5 per cent chance of it going up, and that’s if the windows break, so you put roller shutters on and then you’ve done it.”

The South Australian Country Fire Service recommends on their website to prepare a home or property for a bushfire it is “vital” to prevent sparks and burning debris from entering through windows and under floorboards or doors.

Owners of conventional homes can mitigate the risk by “sealing all gaps in the roof area along the ridge cap, gutter line and fascia board,” the website says.

However, Paul says that with an earth-sheltered home, there are no gaps to seal.

These homes also are built with external exposed walls made from non-combustable materials and meet the highest level of the Building Code of Australia’s Bushfire Attack Level regulations.

They also come with an entry airlock – a small space between the door and the rest of the house – which minimises the risk of embers entering the house, and also helps to maintain the interior temperature by letting less outside air in.

“People see the bush being destroyed and say, ‘I want to live there, but I want to do it safely.’

“It’s not a big leap. But once the people make the leap, it all falls into place.”

To find out more about earth-sheltered homes, see the ShelterSpace website.