How leaders are emerging stronger in the COVID era

Leadership experts Professor Jana Matthews and Clinton Jury discuss the changing role of leadership in the age of the pivot and how it is quickly defining the next generation.

The ability to see threats as opportunities and treat change as an ally, rather than an enemy, have been crucial in helping business not only survive, but in some cases thrive during the biggest disruption in more than 75 years.

Local leadership experts also say the coronavirus pandemic is fast-tracking the next tranche of South Australian movers and shakers, as those who quickly adopt new technology, innovate and move fast to embrace change come to the fore.

UniSA’s Australian Centre for Business Growth director Professor Jana Matthews says many of the companies enrolled in her courses had continued to grow this year despite the potentially crippling economic environment. She says those that have shrunk are looking to improve the efficiency of their systems, weed out poorly performing staff and revisit their business plans.

“They have been getting ready for when it rebounds and some of the companies are actually in a better cash position than they have been for quite a long time, because they have figured out how to offer things that customers want and stop offering things that they don’t,” Jana says.

“The companies that have been particularly successful have been the ones that recognised the threat and have moved even quicker than government to do something about it.

“One guy was snowboarding in Japan and saw the news about the outbreak in Italy and immediately flew back to Australia and started making plans to transition staff to work from home.

“Another heard from somebody in Canberra about this and called his team together on a Sunday afternoon and they laid out all the plans, changed what was going to happen to three times, paused an expansion into the United States, moved something from year three in the plan to year one, and did all this in 20 hours.

“It’s the ability to recognise the issues and make decisions quickly.”

Jana says government schemes such as JobKeeper have allowed many businesses to take the time to carefully plot their course.

“In some cases they believe 2021 is going to be a more difficult year because they went into this with some momentum from past orders and exports,” she says.

“But what JobKeeper has enabled them to do is have a breathing space to look at the business, look at their people, look at the customers and the products they are offering and put in some systems and put in the data they need for what I hope will be a faster rebound than most people think.” 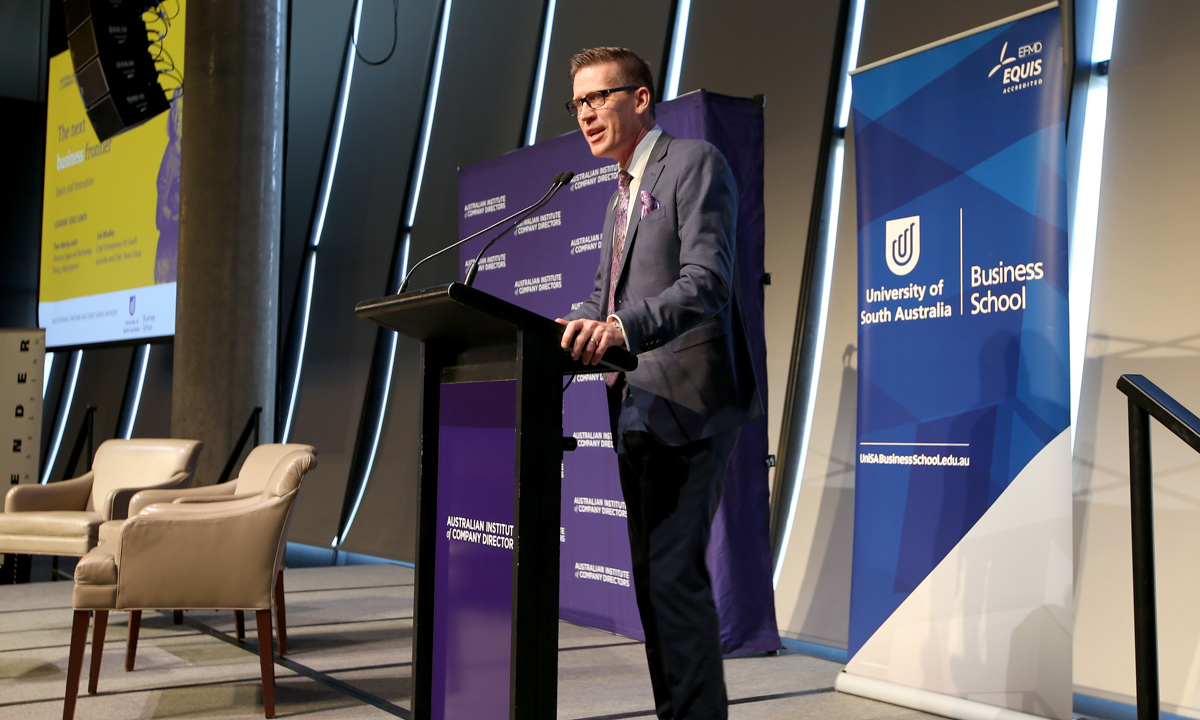 Leaders, however, have had to deal with more than just the balance sheets in this time of turmoil.

Australia Institute of Company Directors state manager Clinton Jury says the two other areas that have provided challenges, but also fast-tracked change, are workplace mental health and relationships and technology.

“Many organisations realised early on that the health and wellbeing of their staff was pretty core,” Clinton says.

“In some cases entire workforces were moved to remote working environments and that provided challenges from the board down in terms of meeting the various work health and safety challenges, but I think through that process boards in particular have significantly increased their focus on staff wellbeing.

“Because of the crisis we had no choice but to go down this path, but what it did was show that so much of what we do can be done remotely, and then that goes to the heart of work environments, diversity and the opportunities it presents.”

Clinton says that everyone from government right down to the smallest not-for-profit or family business has been engaging with their various stakeholders in new and imaginative ways.

“The technology has always been there but it is being used very differently and it is allowing businesses to be a lot more agile, and that agility piece is really important,” he says.

There’s never been a better time to start and grow a business than now – you only have to look at the great businesses that started in the dot-com bust.

Will the economic downturn fast track a change of the leadership guard in South Australia?

Companies will see the past six months as a reckoning and the ones who have resilience will bounce back and do very well, Jana says.

“This will test all the systems everywhere,” she says.

Jana says the typical attributes of Millennial leaders, including shared leadership, delegation and a greater focus on work life balance, were well suited to succeed in the post-pandemic world

“As we look at the CEOs who are Baby Boomer generation, they sometimes come with a younger team or even younger members of their family because they are thinking about succession planning and they do tend to see their role as command and control,” Jana says.

“The Millennial leaders like to figure out what people do well and encourage and develop them.

“That’s the switch that some of the older Baby Boomer CEOs are having to make in terms of how they used to lead versus how they now need to lead.

“Many are going to look at their company and say, ‘Am I ready to gear up for another run?’ And I’ve had some older guys come through that are questioning that.”

A national survey published in September found 93 per cent of Australians want to continue working from home after the coronavirus pandemic, despite more than half taking on additional tasks or hours.

Clinton says moving forward there would likely be a sustained move towards permanent work-from-home arrangements, with the increased reliance on technology also leading to a reduction in corporate travel.

“As we look forward to the recovery phase, which many of the states are in, we need to ask, what does this saving in travel cost and time mean for the business? And so the impact of virtual meetings is being received by and large quite positively,” he says.

“If you’re not having to fly people around and you don’t have that added cost then, there are opportunities to engage with a more diverse stakeholder group or involve more diversity in your decision-making, and that’s a really good thing to come out of it.”

Clinton says boards are also looking at ways to ensure their companies don’t fall back into old habits.

“I think the good boards and organisations will reflect on the lessons that we’ve had through this period and take steps to embed those into the new ways of doing things, and I think if they can do that and if we can get the broader regulatory settings to adapt and support innovation then that will be a very good thing,” he says.

Over time, Clinton says the laws and the regulatory settings need to reflect the modernisation that has been embraced in the business world.

“Things like virtual AGMs, e-signatures and electronic notices of meetings, which weren’t things that were enshrined in law, but they’re things that our regulators will no doubt get their heads around in the coming months and years.”

Clinton says events that we go through as a broader generation shape that generation.

“The kids who are at school at the moment, this is going to absolutely shape their future in terms of their view of the world,” he says.

“If you look at the under-40 group, they come from an environment which was already quite fast moving and unsettled – look at the period after September 11 and the Global Financial Crisis – so there was already an embedded agility there, and a preparedness to try new things, fail fast and rapidly change direction if that’s what’s required.”