Burger Theory's Rob Dean and Dan Mendelson will be making their massive expansion into China with a little help from their friends. 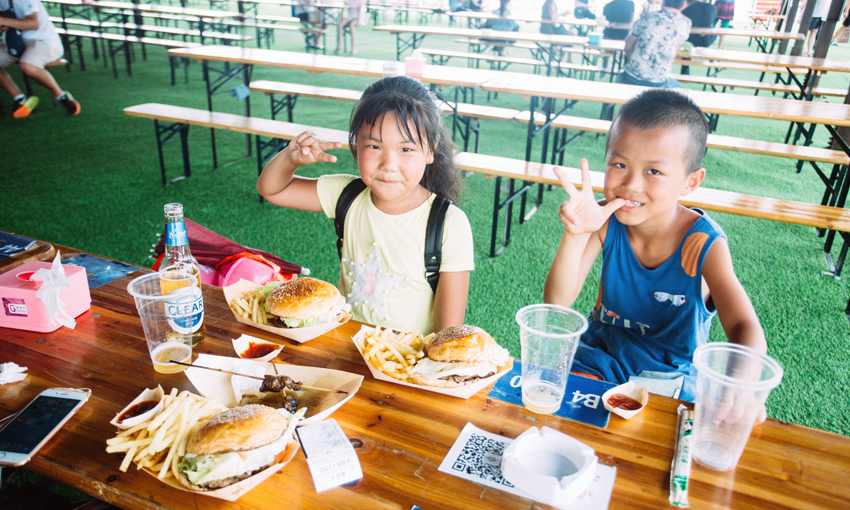 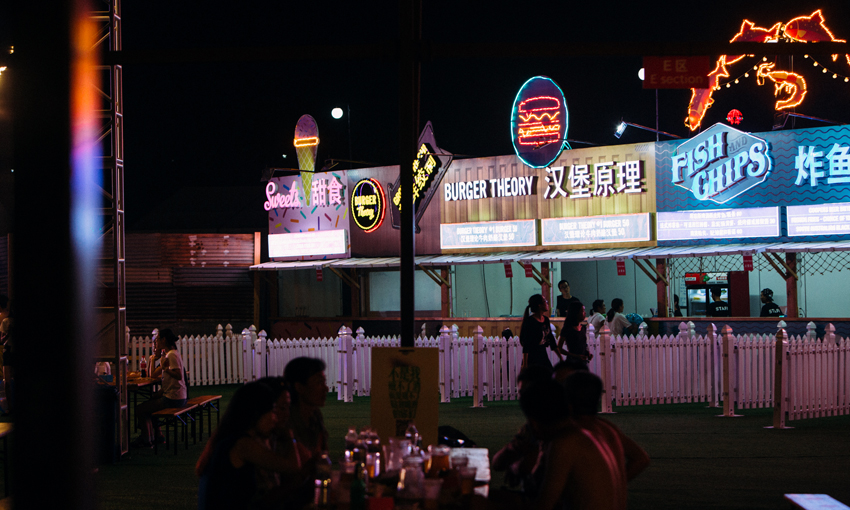 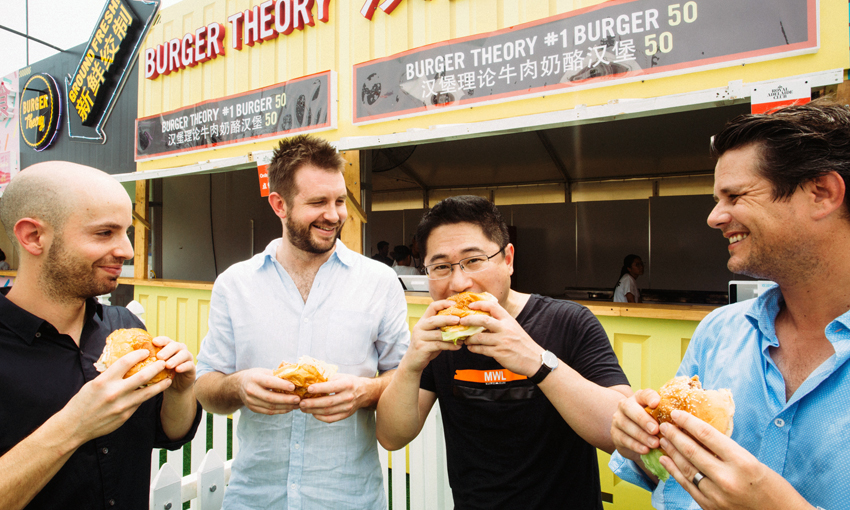 The phrase “it couldn’t have happened to nicer people” is purpose built for the story of Dan Mendelson and Rob Dean, who this week announced that their Adelaide-born-and-bred business – Burger Theory – will be making a huge expansion into China.

The pair have been among Adelaide’s hardest working entrepreneurs since they led the food truck movement back in 2011, but have always had time for a smile and a chat.

Now – as part of the new deal, which is underwritten by entrepreneur and meat importer Fang Hong, Burger Theory is set to open 120 franchise outlets across China over the next three years.

It’s a huge coup for Rob and Dan, who currently run four Burger Theory businesses in Australia – one on Union Street in the CBD, one at The University of Adelaide, one at Flinders University and one through their food truck, which provides catering services.

But it’s also a coup for some of their long-time SA-based collaborators, who will be servicing the rapid expansion.

The deal was brokered by Royal Adelaide Club (an event run in China by the same people who brought us the Royal Croquet Club and Little Miss series) director Justin McCarthy, and Rob says Burger Theory’s South Australian roots were a strong factor in their success.

“It’s a big part of it for sure,” says Rob. “From what we understand, one of the main selling points is that it’s a supply chain from SA to China and it’s all trackable from the individual farms to the customer.”

To keep the authenticity of this aspect of the brand as they scale-up (and because they want to), Rob and Dan will be involving several of their current suppliers in the expansion.

Their graphic and interior designer Matt Stuckey of Be Friendly has already been working with them on various proposals that have been sent while the agreement was under discussion, and will be developing concepts for the first Chinese outlet which is set to open in Shanghai later this year.

“Matt is just about as involved in Burger Theory as we are,” says Rob with a laugh. “He has as good an understanding of the brand as me and Dan… I’m super keen to have Matt involved in this process.”

For Matt, the chance to work so broadly in an international market offers both a challenge and a career opportunity.

“Protecting and promoting the brand, and making sure it’s translated is my role,” says Matt.

“I could do the exact same job  in Adelaide, but it’s just not going to have the gravitas that an international project has. The volume of people who are going to see it in Shanghai – visitors as well as locals – is huge. Shanghai is a financial hub so there’s a lot of exposure there.”

Matt is also enthusiastic about finding and then properly expressing Burger Theory’s position in the Chinese market – where it will most likely be a premium food outlet.

“It’s not going to be competing with their local burger chains or even McDonalds and KFC,” he says.

“I would like to go over there and see who we’re putting it up against. We’re talking about preparing Aussie beef and preparing food in-store, so it’s going to be a higher end product than if you’re just getting it frozen from a truck.”

Plenty of details of the expansion and how it will happen are still yet to be worked out. But being based on the genuine quality of the product (Rob says that before the deal was sealed, Fang came along to the RAC “ordered a burger, smashed it, and loved it”), and fuelled by a real desire to share the success around, makes it seem likely that Burger Theory’s growth will be a case study for SA success stories in years to come.