In from the cold

The utilitarian form of one of Adelaide’s oldest cold stores has been significantly transformed to become a new city base for design and interior specialists Enoki. 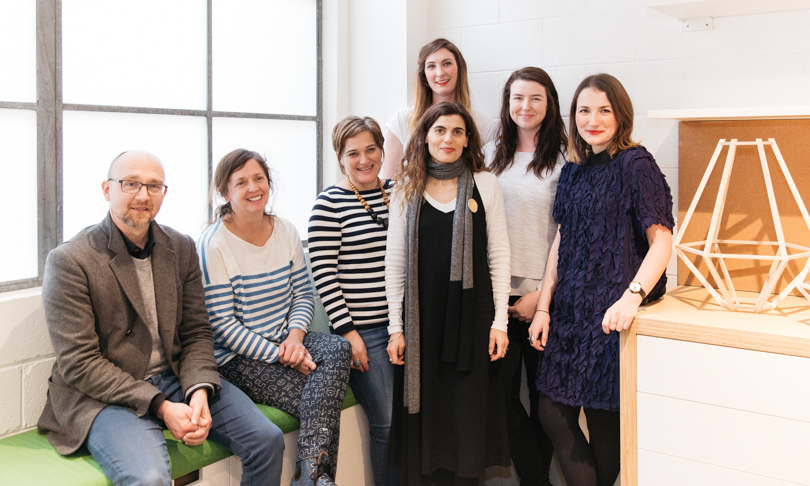 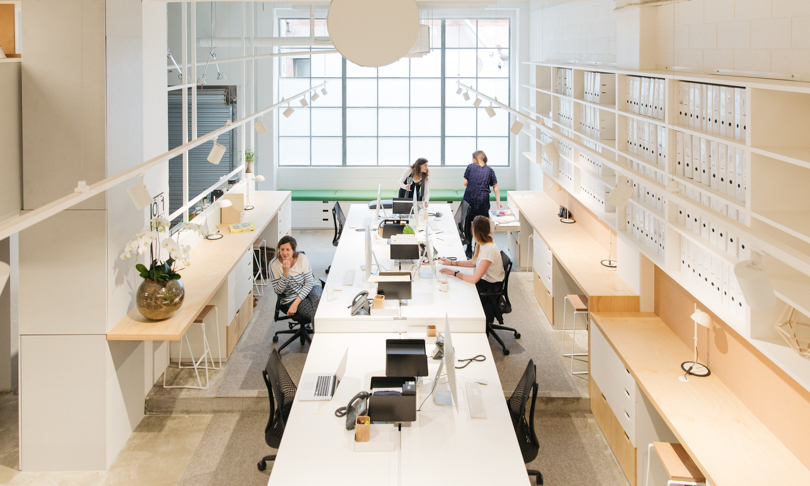 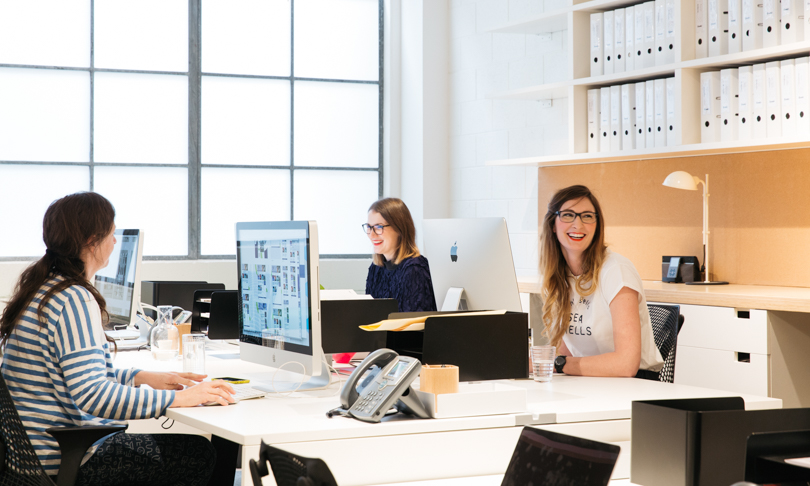 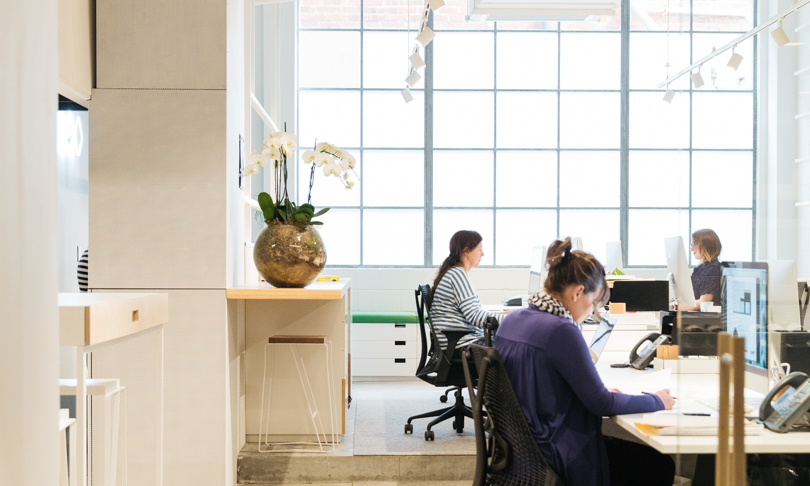 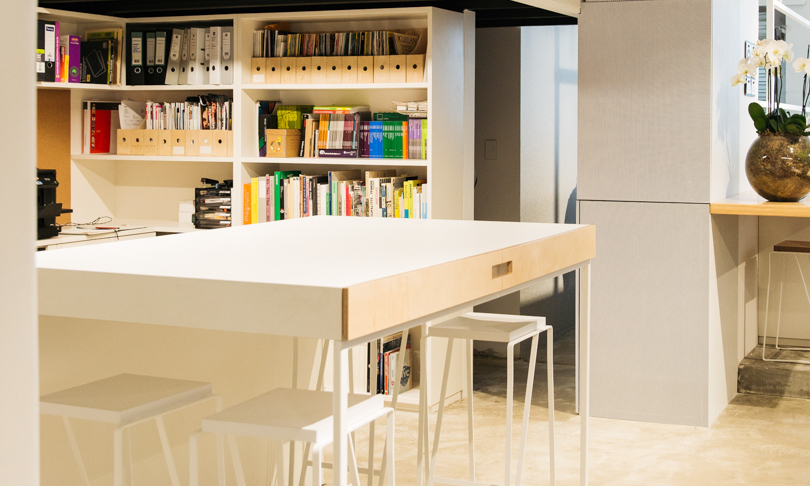 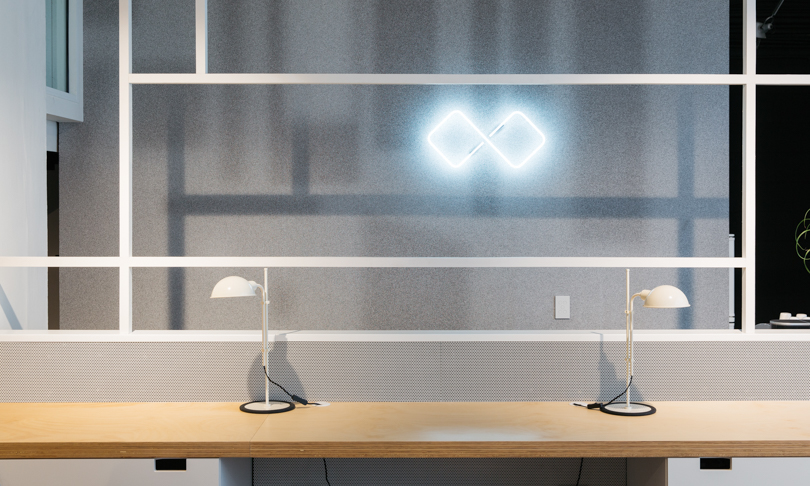 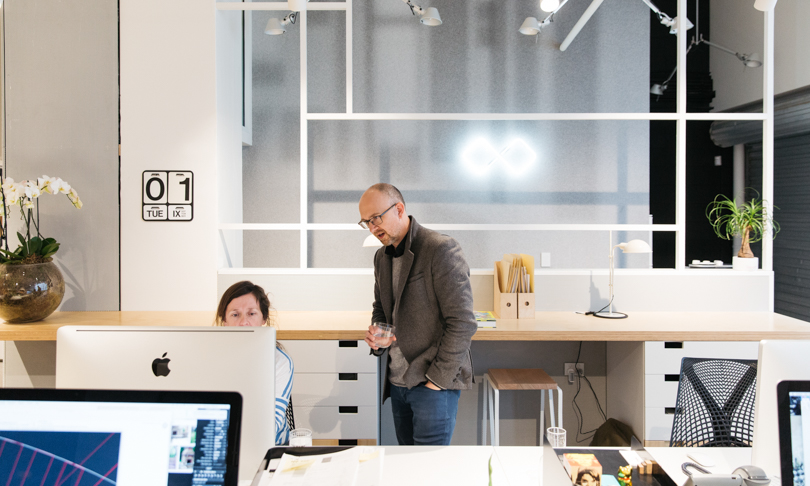 Susanna Bilardo and Judd Crush were well aware that the Unley Road office of their multidisciplinary design firm Enoki was too small.

“By the end, with the amount of staff we have, we were just falling over each other,” says Judd. “We had three rooms in Parkside and you almost couldn’t walk down the hallway without running into someone. It was hard to be productive in there.”

Their search for larger premises seemed simple – all they needed was a space of about 150 – 200 m2 with a warehouse (rather than brand new) feel and natural air and light flow.

“When we sat down to design this place it was just about doing something really, really, really simple – really timeless.” – Susanna Bilardo

That list of requirements, however, was not as easy to satisfy as would be assumed. Susanna and Judd looked at a few buildings, but none felt right until they visited the property on Wyatt Street, which was built in the early half of the 20th Century as one of Adelaide’s first cold stores.

“We found this and it was pretty run down,” says Susanna. “But it was just a quirky little space and we thought it was perfect. With the mezzanine it gives us the space we need and it was actually the windows – I think they’re the reason we bought it.”

The huge picture window stretching across the back of the space that attracted the couple has a lattice-like framework running through the glass – presumably to strengthen it, which attests to the industrial roots of the building. The (now polished) concrete floor, exposed piping and almost unbelievably thick walls – through which the neighbours could not hear one single hint of a power tool while Judd and Susanna renovated – are among the only other clues to its original use.

Part of a network of spaces in the single building, Enoki’s segment of 66 Wyatt Street also has a mezzanine level likely originally used to create more storage space, which now has a similar purpose.

“The mezzanines were here but the staircase wasn’t,” says Susanna. “We bought that [spiral] staircase on Gumtree for $500… and now upstairs is the interior designers’ library – it’s full of samples and tiles and all that.”

For interior and graphic design specialists like Enoki, the job of redesigning their own office poses specific challenges as the space functions both as a workplace and a client’s first impression of their work.

“When we sat down to design this place it was just about doing something really, really, really simple – really timeless,” says Susanna.

“So then the work we do within it is actually what shines and this is more a backdrop. We were very much hoping that white would be the new black with what we’re doing here too.”

There are, however, a few elements from the fit out that have attracted extra attention.

The subtle but fun use of neon as an almost decorative element seen in the Wyatt Street office has been noticed and incorporated into the home of at least one residential client, while the simplicity of the bathroom – which has both concrete walls and floor – has also drawn comment.

But far more than being just a place with improved showcase potential, the new Enoki office has created somewhere for the firm’s small team to finally work comfortably. Each employee now has 2m of desk space, as well as the option of using a standing-cum-drawing desk behind them – an improvement that has made a marked difference to the work life of a small firm with big jobs to do.

“I was showing a friend of mine through who said ‘you spend most of your time at work so it’s kind of nice to have a good environment’,” says Judd with a laugh.