Co-working need not only exist for freelancers and consultants. Pioneering a model for small food and beverage producers to pool resources, Tim Trephina and Scott Giles have created Squatters Catering.

Deep in the heart of Underdale, Tim Trephina and Scott Giles have recently fitted out a warehouse that sits right on the edge of a zigzagging borderline between industrial buildings and the neighbourhood’s suburban housing.

The steady stream of distribution centres and automotive repairers gives way instantly to a rhythm of family homes.

Butting 9-to-5 bustle and clatter directly against serene suburbia is an interesting approach to zoning, but at the heart of Tim and Scott’s emerging business is an attitude of coexistence.

Until recently, the space operated as OPD, an organic produce distributor, but is now set to become Squatters Catering – a co-working space for producers. It’s a progression of Squatters Run – the festival-ready collaborative food stall that brought together Tim and Scott’s small businesses, Juice Quest, and Mischief Brew respectively.

This bricks-and-mortar evolution not only allows the entrepreneurial duo to pool resources and upscale their own operations in the same vein as Squatters Run, but also to bring in a range of like-minded local food and beverage operators looking to further their business with minimal risk.

Taking up residency in the space will be Nice Pickles, Blk Mrkt Coffee, kombucha producer Symba, and ice block maker Honey & the Moon. 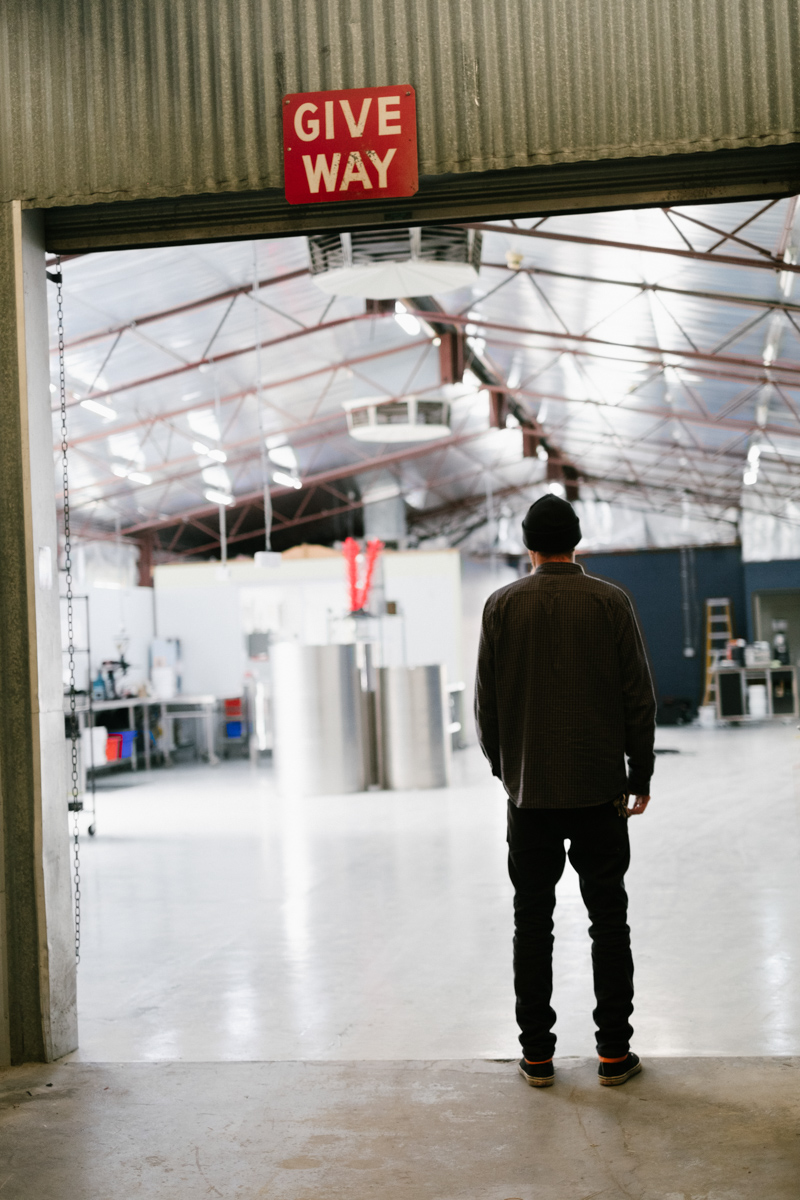 “In the beginning, we were really stressed about trying to fill [the space], and then really quite quickly, they all popped up overnight,” Scott says.

“People were… so excited that someone had taken the step to set up the space, because each of them as individual businesses – and this is exactly the same even with Tim and I – couldn’t sustain growth of this size individually, so we had to do it together.”

While the financial incentive of sharing space is an obvious drawcard, Tim and Scott know, having briefly shared Scott’s previous workspace, there are intangible benefits that come from working amongst other sole operators.

“We found a lot of opportunities to talk to each other about developing our own or each other’s processes,” Tim says.

“Having a co-working space where you can come in and there might be some music cranking and someone else doing something, it’s just the opportunity to see other people doing what they do, which can… get you out of your own headspace, and [offer] a little bit of inspiration. 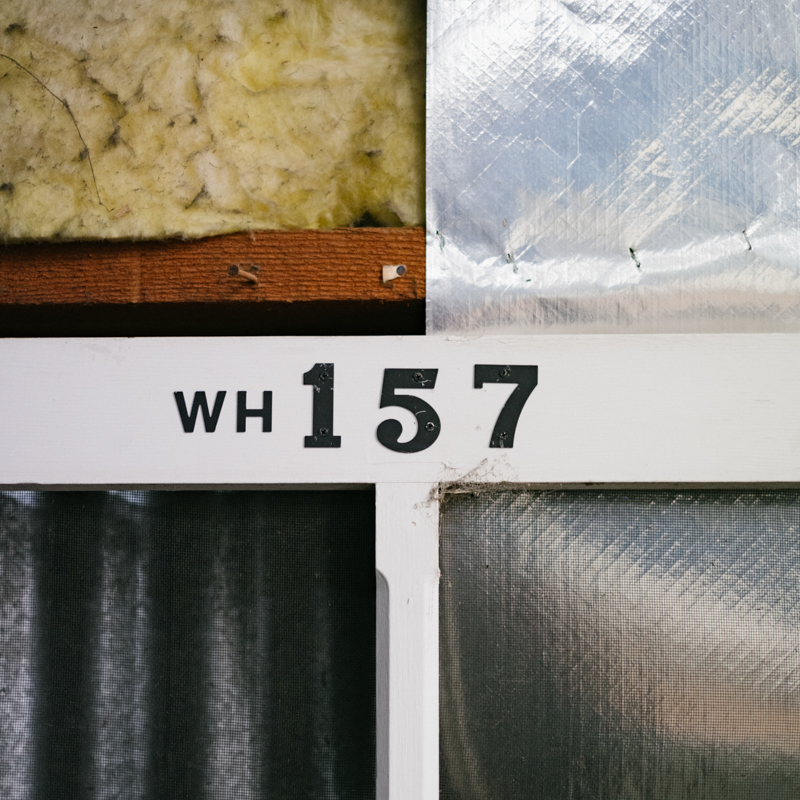 WH for warehouse (we think)

“[And] keeping each other accountable is a big one too; you won’t be able to get lazy… everyone will be in here working hard to maintain a standard [and] you’re going to want to be there [too].”

Much of the interior infrastructure will be free-floating – with the exception of the coffee roaster – to allow for different configurations and uses for the space and the machinery housed within.

This will also insure against future uses of the space, should any of the businesses operating under the Squatters Catering umbrella graduate to a point where they can afford to move on.

“Squatters is the sustainable model that helps the individual businesses grow,” Scott says.

“Although there’s a lot of work involved, if we maintain the idea that we can take the products that we produce here… [and] grow the festival side of it, or the public side of it, we’re actually then taking those products out to the public.

“So this space really becomes an incubator… It is just creating an opportunity for people to grow. They grow, we grow, everyone grows. It’s all good.”