For over a century the red brick tower of the Central Market has loomed over Grote Street, but nobody quite knows why. Now, a design competition could give it purpose. 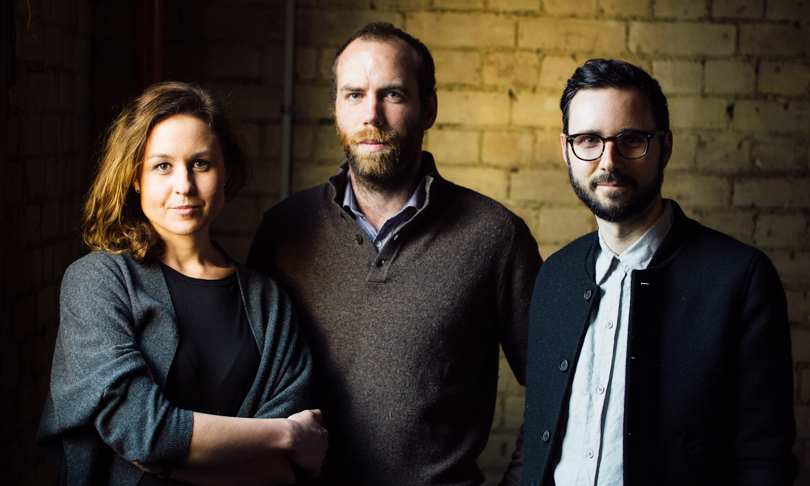 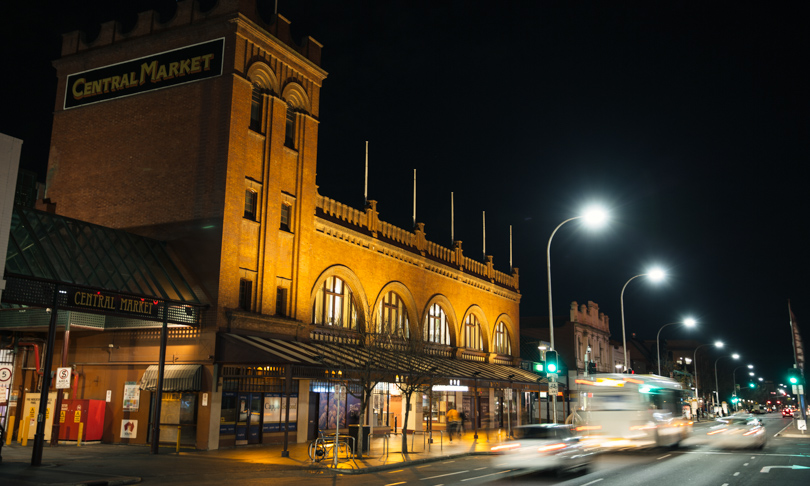 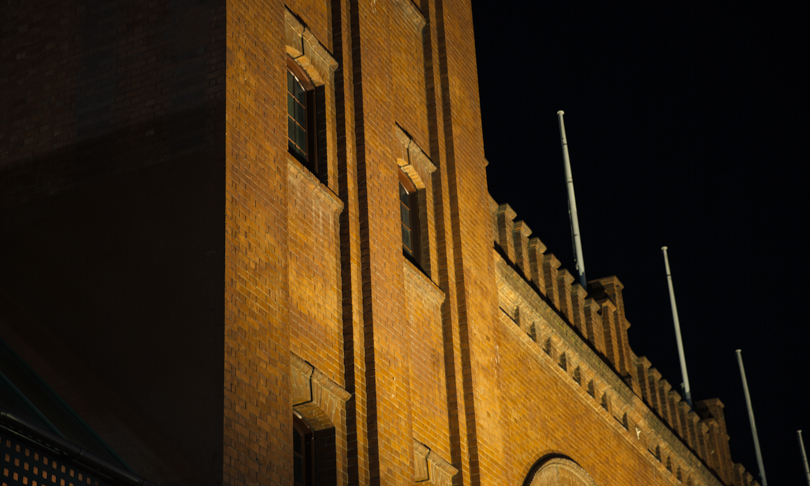 It is not clear if the iconic three-story Federation Free Style tower structure that sits in the north eastern corner of the Central Market has ever been used for anything. Its original purpose has been lost to history – though some suggest it was a fire spotting tower.

Designers Reuben French-Kennedy, Adrian Reveruzzi and Duana Fisher don’t have the answers about the building’s past. However, they do have a plan for its future – and it involves beer.

Winners of an Adelaide Central Market Authority competition seeking ideas for how to actually make use of the long-neglected interior, the local trio envision the tower as a hub for every step of the brewing process, from growing the hops in a rooftop garden to selling the product in a ground-floor small bar. In between, gravity will do the rest.

Heading up the abandoned tower

Reuben, who works at the University of Adelaide as a space planner, said the vertical volume on offer lent itself perfectly to a gravity-fed brewery tower.

“The idea is the process starts at the very top of the roof, filters all the way down into the basement where it is stored, then comes up for consumption,” he says.

To fit in with the utilitarian feel of the heritage-listed building, Reuben says the team looked to the history of beer making for answers.

“Traditionally brewing equipment was copper, so we went for a copper and black steel theme, which seems to fit with old brick quite well.”

Adrian, who works as an architect at Walter Brooke, said that aside from the walls and colourful glass windows, the interior would be ripped out, with the floor materials to be reused in the fit out of the bar.

“While what we’d be doing inside is drastic, there is respect for the heritage of the outside of the building,” he says.

“While what we’d be doing inside is drastic, there is respect for the heritage of the outside of the building.” – Adrian Reveruzzi

Adrian looks over the plans

If the project goes ahead – a feasibility study is currently underway – Adrian claims the only visible difference from street level would be the hops on the roof swaying in the breeze.

Duana, a Bachelor of Architecture graduate at the University of Adelaide, noted the general public would be able to see what’s changed on the inside via a gantry walkway circling along the inner walls of the tower, where they’ll be able to see the suspended filtration system hanging from above and learn a little something about how the drink being sold at ground level gets made.

The Authority is under no obligation to actually go ahead with their winning idea, so Fisher says they are doing all they can to keep the momentum going.

“We would love to see it come to fruition obviously, so we’re doing our bit to get the word out – there needs to be interest from a brewer to get on board, so there’s a bit of matchmaking involved,” she says.

Gravity-fed brewery towers were all the rage in the late 19th century – by avoiding the need for energy-intensive pumping systems, it was the most efficient process of its time.

The trio might be drawing more on the history of beer-making than the history of the building itself, but given the structure was built at the tail end of the gravity-based brewing era, who knows – perhaps this is what the Central Market tower was meant for all along.