The Royal Adelaide Hospital looms large in everyone’s memory as a place of intense experiences – from birth to death. As the new hospital opens up on the other side of town, the old site will be left empty and it falls to the State Government to find something to fill it with. 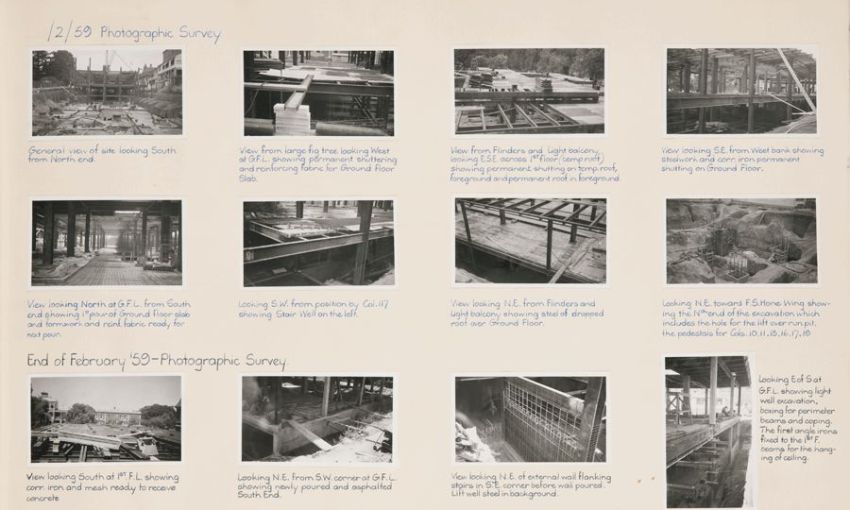 For more than 150 years the site of the Royal Adelaide Hospital (RAH) has been South Australia’s centre of medicine and health.

Ever since the foundation stone of the first hospital building was laid in 1840, South Australians have known the corner of North Terrace and Frome Road as a place where you would witness or experience some of life’s most intense moments – birth, death and battles with illness.

“We often… Look to things that have been done somewhere else and we say we want that, but the design competition brings in a diverse and expert opinion”

By 2016 that public understanding of the location will be unstitched as the new hospital at the opposite end of North Terrace begins functioning. The old RAH site will be abandoned, and the task of re-purposing the land while satisfying the public’s deep emotional relationship to it falls to the State Government.

Instead of ignoring the social complexities of such a task, the Government – through the Office for Design and Architecture SA (ODASA) – embraced it as the perfect opportunity to introduce a different method of consultation.

“The Government has always con-sidered it to be a significant site,” says Sharon Mackay, the Strategic Designer and Project Director at ODASA. “Therefore we couldn’t necessarily go through the same process you would typically run for determining the future of the site.”

Original plans for the hospital from the mid-1800s

Instead of taking the site through formative stages of a planning process – things like idea generation, briefing and tenders – behind closed doors and then presenting the community with a couple of fully fleshed out proposals, ODASA were open to a public discussion from the very beginning.

An “open ideas marketplace” that focused on “what could happen, not what should happen” was run, and social media was used to collect information from everyday punters. Through these channels people were asked to pour out ideas and address certain objectives, such as the proximity of the University, so their knowledge and imagination could be added to the pool of thinking about the site.

Community-driven activities were run alongside two other streams of engagement. The first saw stakeholders such as local landlords and business owners given the opportunity to air grievances and put forward their concerns and ideas for future uses of the site. The other method of procuring broad thought on the future of the RAH site was an International Design Competition.

Surveyors on site as the original RAH is built

“We often understand things as business as usual, or look to things that have been done somewhere else and we say we want that,” says Sharon. “But the design competition brings in a diverse and expert opinion, and a really broad one from all around the world. That means some very innovative or unusual proposals, like building a hill on the site, are allowed to come in as provocations or genuine ideas.”

Renewal SA has been working alongside ODASA on the RAH project, and has taken the lead as feasibility and master planning phases come into play.

Tom Hocking, the designer and engineer of the fabulous diorama that adorns the front cover of this issue of CityMag, was also declared one of the student winners of the RAH site design competition. He’s a clever guy.

The design competition was run in two stages. The first was an open call out to registered architects and lands-cape architects from around the world to submit an entry that responded to general brief. From the 126 entries received initially, six design teams were short-listed by an independent jury and asked to further develop their ideas by responding to a more detailed brief informed by the thoughts, concerns and creativity that had been collated through the public and stakeholder workshops.

“It wasn’t enough just for those six teams to go into a locked room and come out with something, they had to respond to all the public consultation and thoughts in their developed schemes,” says Sharon.

The eventual winner of the competition was a team called SLASH made up of Sarah Lake and Stuart Harrison of Victoria, who collaborated with local firm Phillips/Pilkington. Chosen because of its “very tactical approach” that meant the half a million visitors per year to the hospital that float the east end’s economy could be retained in the area, SLASH’s design includes no new buildings but accommodates new ideas such as a
contemporary art gallery called the Royal Adelaide Radical Art.

As the competition was an ideas contest, the winning design, which was rewarded with a $200,000 prize, will not necessarily become a reality. Instead, the ideas contained within it – which incorporate everything from design expertise to the community’s ideas to private enterprises concerns – will be used as building blocks for the master plan being undertaken by government agency Renewal SA.