Pirie Street is not the centralised big business strip that it once was, but that’s not to say its time has passed. CityMag took to Pirie’s pavement to see how the big end of town is turning into something a little more inclusive. 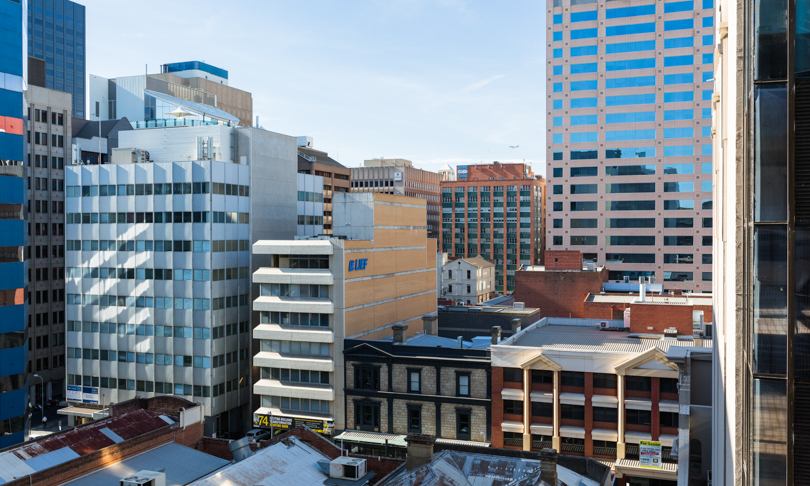 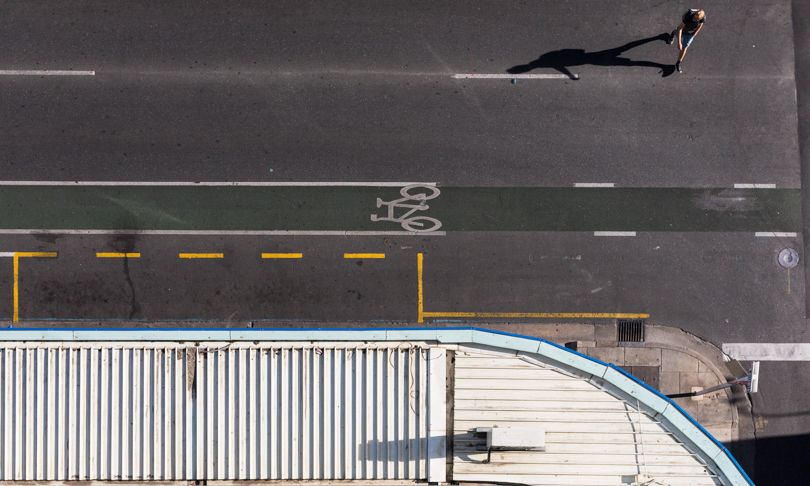 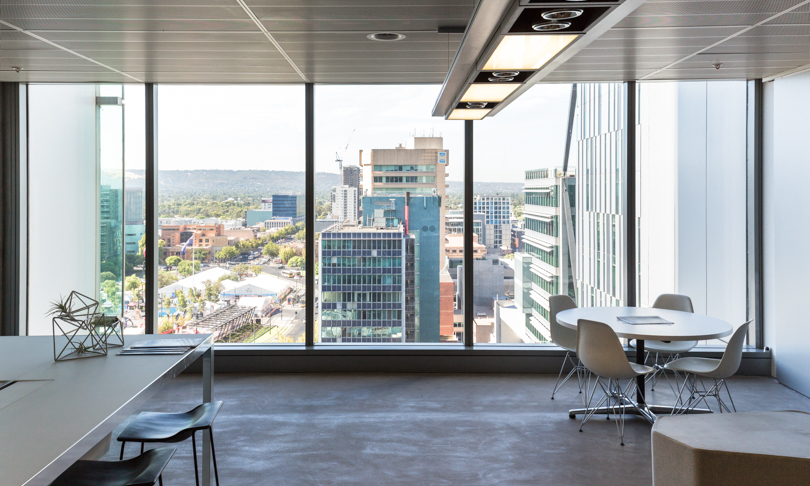 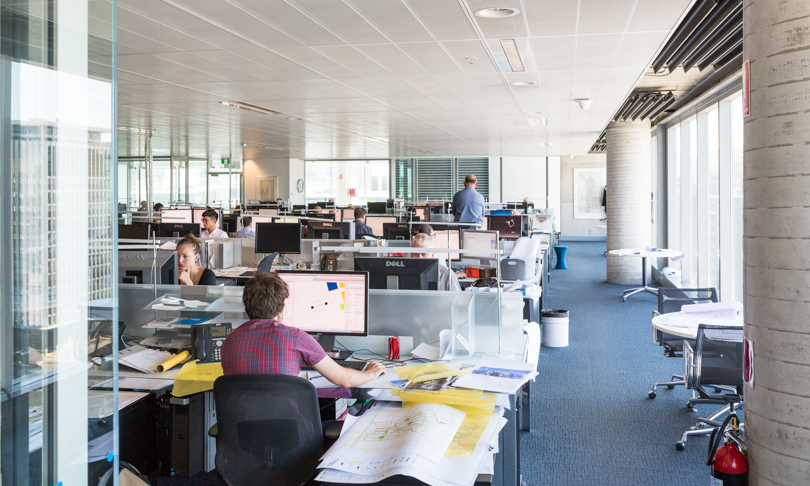 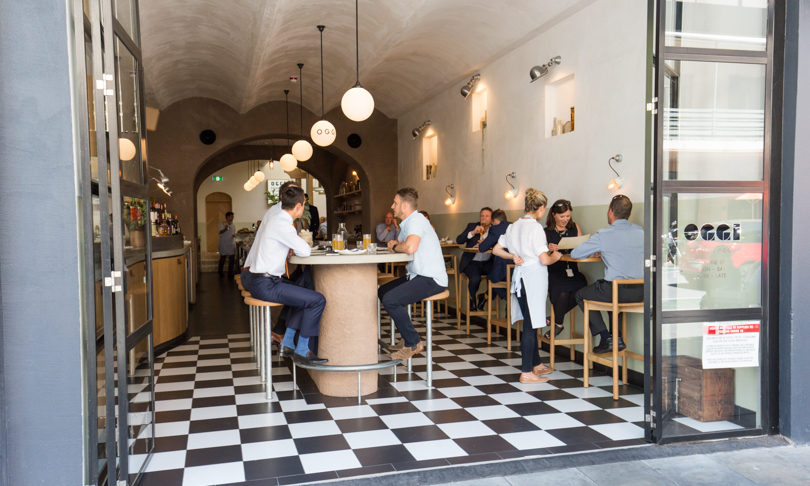 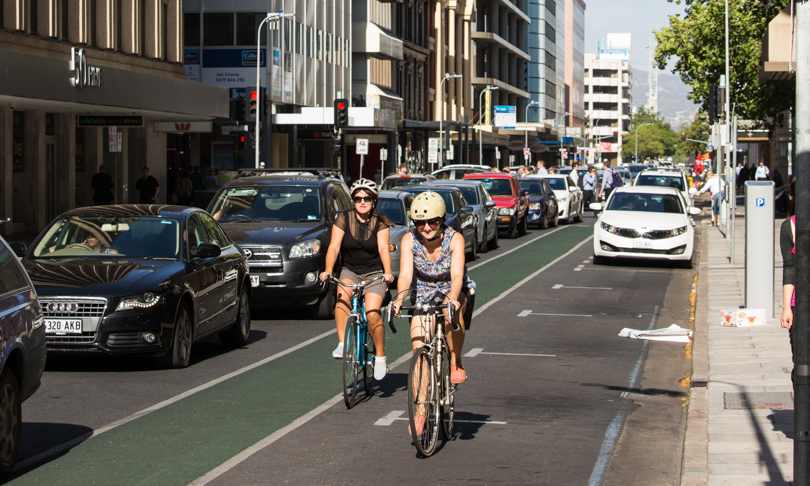 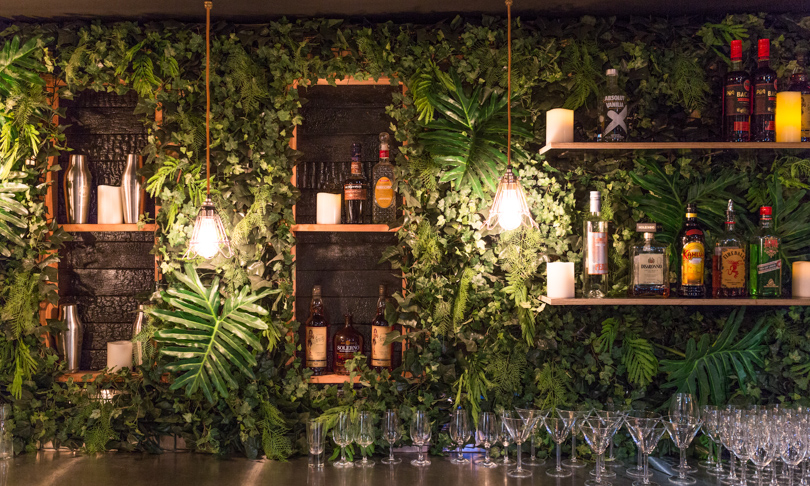 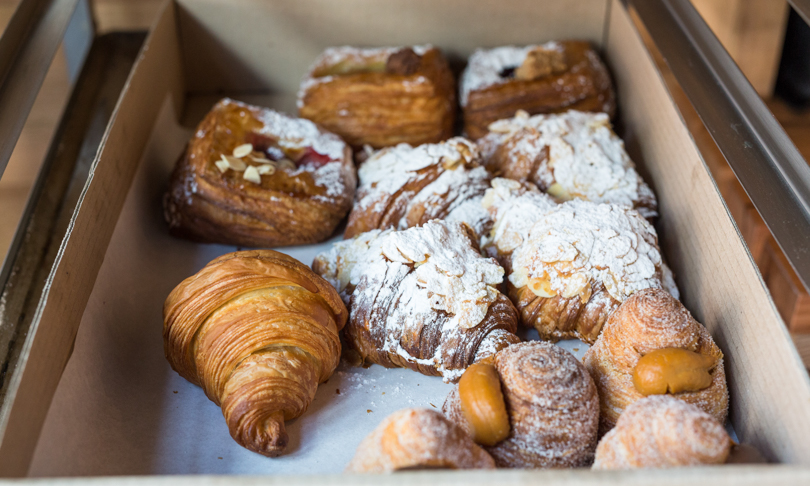 New York’s (in)famous financial district, Wall Street – at least according to our favoured storytellers – is a place of such concentrated power and prestige that the Gordon Gekkos, Jordan Belforts, and Patrick Batemans of the world will do whatever they can to make it there, and do whatever it takes to stay.

Adelaide, though, is not New York.

Nor are we even east coast Australia.

Like most parts of the city, our financial district cannot escape the encroaching quaintness that is fast becoming the most prominent aspect of our collective identity.

And with larger companies taking their post-2008 marching orders and downsizing into smaller buildings in order to concentrate their business in the eastern states, plenty of room has been made along Pirie Street – but for whom?

If Waymouth Street is any indication, the answer is a mix of business and good food.

“Waymouth Street’s been a really interesting journey for us to watch in the last 15-odd years,” says Thomas Masullo, the director of Woods Bagot, which is located close to the intersection where Waymouth becomes Pirie.

“When we started this project… just after 2000 on-and-off, there was no business really on Waymouth Street. There was less than a handful that you could count.

“We were given the opportunity to master plan an entire block, which is pretty rare in Adelaide if you think about city blocks in the CBD.”

The result was the City Central Towers on Waymouth Street, in which Woods Bagot’s office sits on the 14th floor.

Major tenants include Ernst & Young and ANZ, as well as a mixed selection of private corporate and governmental organisations. With their arrival came a need for services.

“The precinct had to react… and opportunities were created,” Thomas says.

“When you have a couple of thousand people hit the pavement every morning and every lunchtime and every evening, you can either do two things: you can provide a really smooth transition to get out of the area quickly and [allow people to] get to where they need to go, or you can give them a series of touch points along the way where they can actually pause or interact with the community, whether it’s in a café, or a bar, or a restaurant, or just simply picking up a magazine and reading it on a bench somewhere in the public realm.”

On Waymouth Street, this has meant the success of spots like The Gallery, Georges, Press, and a bevy of others, creating a distinct and identifiable dining district outside the more traditionally food-oriented northeastern corner of the city.

Across King William though, the vibe is much different.

Pirie Street still hosts some large, occupied buildings, but there are also plenty that have been left empty and dormant.

There are new and old food and beverage options, but on-street activity is low.

Replicating what has happened on Waymouth is not an option – unlike in the early-’00s when the City Central Towers were built, there are not scores of people in the property market looking to purchase a floor or two of a newly minted, multi-storey office building.

But there is still something happening.

Post-2008, Adelaide has begun to recognise its potential as a small and medium enterprise city, and savvy landlords are evolving to the model of tenancy that requires.

The ECON Property Group, based in the Epworth Building that they own, is one example.

“You’ll notice that there’s a lot of big spots that have changed hands in the last few years, gone on the market because the old tenants are leaving,” Nick Economos, co-director of the ECON Property Group, says.

“[Now], there’s probably a stronger rental pool. We have here smaller, more affordable rentals where it gives entrepreneurs and startups a go who don’t have a lot to spend.

“This [building] was a prime example too… There used to be two tenants in here years ago, big lawyer firms, now we’ve got about 90 tenants, small tenants. It’s a mix, it’s a change, and that’s created more of a community-style, affordable [environment].”

“We have… smaller, more affordable rentals where it gives entrepreneurs and startups a go who don’t have a lot to spend.” – Nick Economos

Steve Maras of Maras Group, best known among Adelaide City frequenters for work on Rundle Street and Ebenezer Place, has plans to refurbish a recently acquired building on Pirie Street, and they have a clear idea of who will inhabit it.

“We’re really going to focus on local groups, local firms, and the push will basically be to make it one where hopefully a lot of those businesses will be able to work off of each other… [and] sort of be able to cross-pollinate work-wise.”

As is to be expected from a Maras project, there is more they would like to achieve than simply bringing more tenants to the area.

“[Our] building sits on the corner of Coromandel Place. Years ago there would’ve been shops fronting it and they would’ve been active shops.

“What I’m going to be doing is dealing with the owners of those buildings on Coromandel Place, some great little buildings down there, and also dealing with the Adelaide City Council to try and create… a shared use zone where we can have cars if we need to, but certainly turn it into a pedestrianised street – bikes, people walking, outdoor cafés and outdoor eateries fronting Coromandel Place, like The Historian does.”

Walking down Coromandel now, it seems this would be quite a large undertaking, but it’s certainly in line with what’s already happening nearby.

Growing in tandem with the trend of smaller enterprises renting space in older buildings is a resurgence of food and drink in the area.

Pirie & Co. have been operating at the Hindmarsh Square end of the street since 2012; property owners the Ginos Group have ushered in the much-hyped Osteria Oggi, Chicken and Pig, and Abbots and Kinney between the office buildings; and there can be no surer sign of progress than the opening of a small bar, such as the almost-hidden Baddog Bar on Hyde Street.

While these establishments have been introduced at a fairly slow and steady pace, it’s not likely to let up any time soon, especially as Renew Adelaide have already scouted the area and are keen on spreading the success they’ve had in the West End.

“We were having people come to us saying that they had to be in the West End, then we started thinking ‘well, why?’” Lily Jacobs, CEO of Renew Adelaide, says.

“There are a lot of bars there, there’s a lot of opportunities in other precincts and districts. So we found a couple of really interesting buildings in this precinct as well.”

“The responsibility for our city is everyone’s… and I think there’s probably scope for owners, but also major tenants … to think more about what they’re contributing to the street.” – Lily Jacobs

Whether these opportunities will be given to bars, restaurants, retail, or other commercial entities is not yet decided, but what Lily would like to see is more office workers using the street.

“There’s not much of a nightlife beyond five [o’clock],” she says.

“I think that’s because there’s not enough places to go, because there’s certainly the population who are here until five or six [o’clock], and then the trick is keeping them here.

“The strength of [the area] is that there’s a lot of people around who potentially have disposable income, so how do you play on the strength of that to create something more?”

As  Thomas said of Waymouth Street’s evolution, it’s the touch points between Pirie’s work spaces and the tram, bus stop, or car park that will keep office workers in the area, and will help rebuild the activity of the financial district into something more appropriately bustling.

Bringing this kind of energy has always been the purview of Renew, but, Lily says, it’s not only up to them.

“I think that the responsibility for our city is everyone’s… and I think there’s probably scope for owners, but also major tenants of buildings to think more about what they’re contributing to the street.”

Among those most keen to see how Pirie evolves are the businesses who have already set up shop.

“There’s certainly a want for this end of Pirie Street to be more of hospitality or retail,” owner of Pirie & Co., Brett Viney, says.

“This has to be… an alternative to Waymouth Street or Rundle Street, Peel Street or Leigh Street, you know? This part of Pirie Street can offer something.”

“This has to be… an alternative to Waymouth Street or Rundle Street, Peel Street or Leigh Street.” – Brett Viney

Coming in more than two years ago, Brett bought the property with the long game in mind, knowing that it would be a slightly isolated locale.

“We created the Social Club downstairs as a destination venue because there wasn’t any foot traffic. So really from the seven o’clock perspective the street is very, very quiet. From a nightlife perspective, hopefully it will improve.”

For Abbots and Kinney owner and founder Jonny Pisanelli, the move into the precinct was less deliberate.

“Where we still do our pop up [pastry cart], the land is owned by the Ginos Group and we’ve had a pretty good relationship over the years. [They] approached me about a building that they’d purchased and if I would like to put in a bricks and mortar shop underneath,” Jonny explains.

Now that he’s on the strip though, he has found being part of the financial district has its advantages.

“Running a business and knowing that you probably don’t need to open on weekends… was quite enticing as well. To know that we can do what we do Monday to Friday and then you can give your staff that rest over the weekend to do other things.”

Though that hasn’t stopped Jonny opening his doors on Saturdays.

“We bake every day of the week for farmers’ markets or for the wholesale or just for catering. I just figured we could leave the door open, turn the machine on, make a few extra pastries and see who comes on board.”

Osteria Oggi next door have followed suit, providing a Saturday lunch option, and further down the road BTS café are open for coffee and specialty cupcakes.

CityMag editor, Farrin Foster, is on the board of Renew Adelaide.

“I think there’s definitely a shift,” says Jonny, “already from having nothing on Pirie Street there’s now two coffee options in the morning and a lunch option on a Saturday.

“I’m a big believer [that] if you build it, they will come, but things take time.”

With the hospitality seeds planted, a new, slightly more fractured economy of small businesses moving in, and an injection of energy through Renew in the works, it seems as though they might already be on their way.

Breakfast from Abbots and Kinney