The Adelaide City Council is in the midst of a regularly programmed, statutory revision of its composition and ward divisions, and the first round of research revealed a desire in the community for fewer elected members.

Data presented at an Adelaide City Council committee meeting this week showed ratepayers in the City of Adelaide support reducing the total number of elected members.

Last October, national consultancy agency Holmes Dyer was tendered to conduct an independent review into whether the City of Adelaide is adequately represented by its local government.

This included looking at whether the structure of the council gives residents an effective pathway to have a voice to local government, and if the community could benefit from changes to the composition, size or ward structure.

The months-long process included research and rounds of community consultation.

The agency’s initial paper, published in May, found “uneven levels of growth across the city”, particularly in the South Ward. The paper says the ward representation is now “in excess” of allowable tolerances.

“In the event that the Council seeks to retain Wards, some readjustment of Ward representation will be required,” the document reads.

Senior consultant Sarah Gilmore told Town Hall on Tuesday night the results of the first round of community consultation revealed, among other things, an appetite to reduce councillors.

Although 28 out of a total of 89 submissions from the initial survey supported the current 12 councillor structure, over half (49) wanted only eight or nine.

“You’ll see that there’s a level of comfort with the 12 members that you’ve currently got, but if you combine those other numbers, you see that there’s about 60 response out of the 89 that said actually, we could do [with] a few less,” she said.

“Tonight was really about giving you that sense of what the community is thinking.”

NUMBER OF COUNCILLORS INCLUDING LORD MAYOR 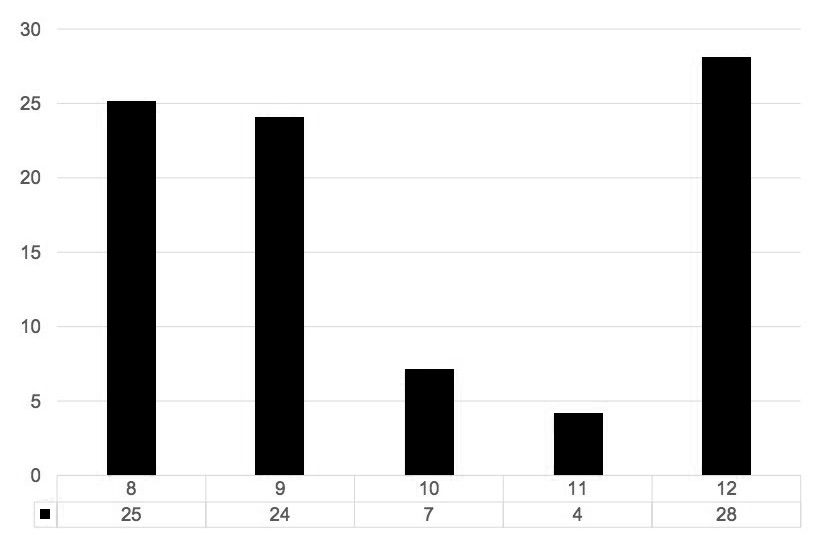 The top row indicates the number of councillors, and the bottom row shows how many votes each option received. Data from the Adelaide City Council

The consultation revealed strong support for the current election process for the Lord Mayor position. There were 72 submissions in favour of the community electing a Lord Mayor, rather than having elected members nominate their preferred choice.

The review also gauged the community’s thoughts on district divisions, with six options presented on how the wards could be redrawn.

These options took into account population growth forecast eight years into the future, and data surrounding how this growing number of constituents would be best democratically represented.

Possible divisions ranged from having no wards to six, and the structure that received the most support would see the City of Adelaide divided into a North, Central and South ward.

Gilmore suggested if this model was adopted by the council, three elected member positions would be scrapped.

“The South [Ward] would be increasing from two to three – that’s to recognise there’s some growth happening.

“Under this scenario, there would be no Area Councillors.”

Gilmore added if the council didn’t want to lose area councillors, there is the option to reduce the number of area councillors from three to two, “showing the community” the reduction of councillors by one position. But “two would be the absolute minimum” for any ward. 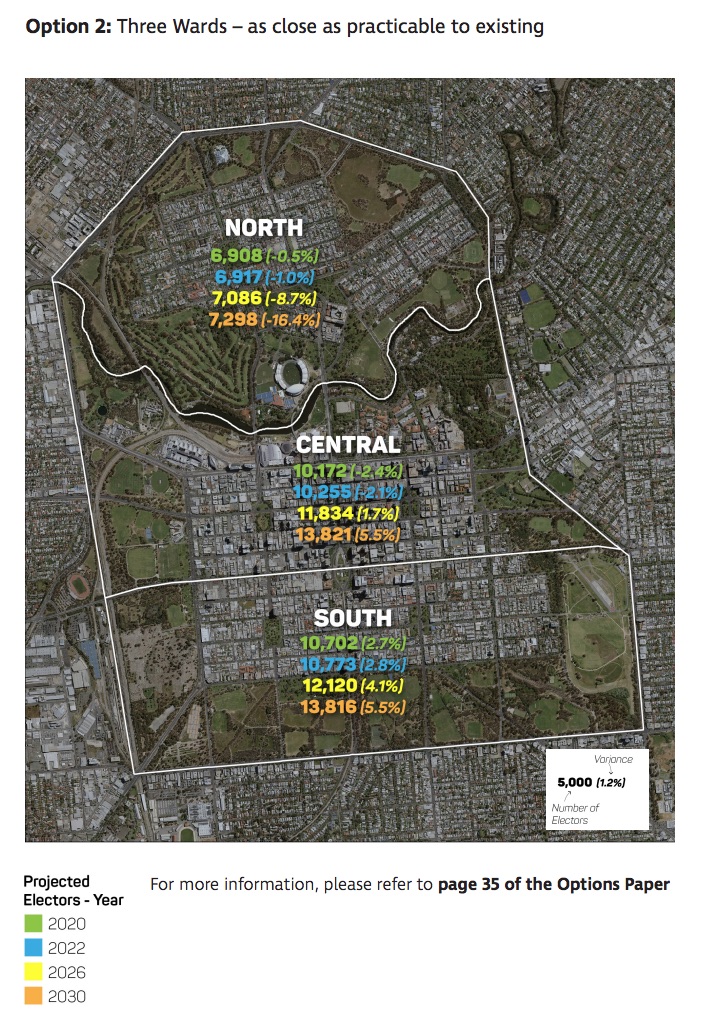 Gilmore said 89 submissions from across the wards is a “very good response”.

Adelaide City Councillor Alexander Hyde asked whether there was any more data on the participants, particularly around their age or what rates they paid.

“If 99 residents responded that’s fantastic, but if one business did that’s not good,” he said.

Gilmore replied saying this review aims to understand whether people have access to the Adelaide City Council’s democratic process – rather than if they’re residential or business owners.

Deputy Lord Mayor Mary Couros said “77 per cent of our revenue comes from businesses” so the review should be representative “of the community on a whole”.

A report including recommendations of the preferred option will be presented to the council in July, before the approved structure goes out again to consultation. The matter will be resolved in September.

The previous representation review, completed in December 2013, resulted in slight boundary changes for the three current wards, a reduction of one area councillor position, and the creation of a new central ward position. These changes were implemented during the 2014 elections.