Changing of the guard at Alpha Box & Dice

Meet the 26-year-old who is only slightly daunted by the task of taking over Justin Lane's stable of idiosyncratic wines. 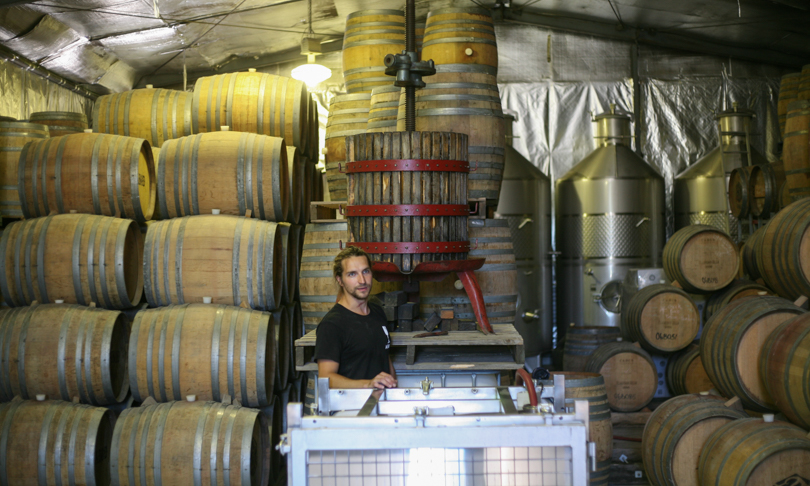 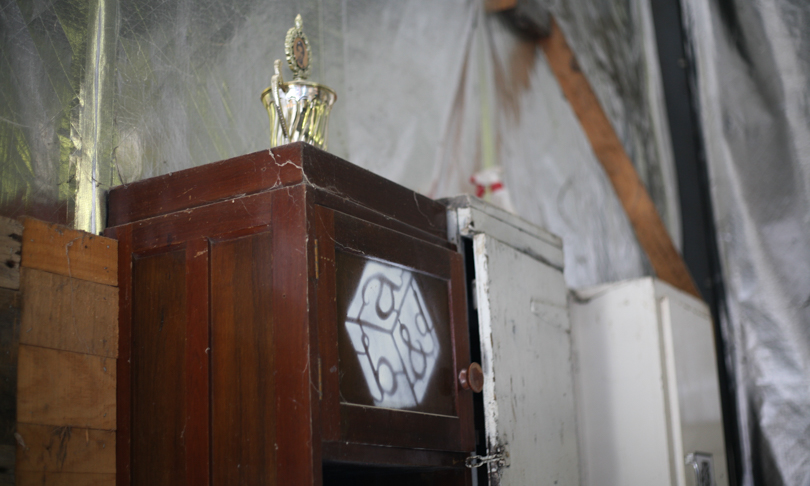 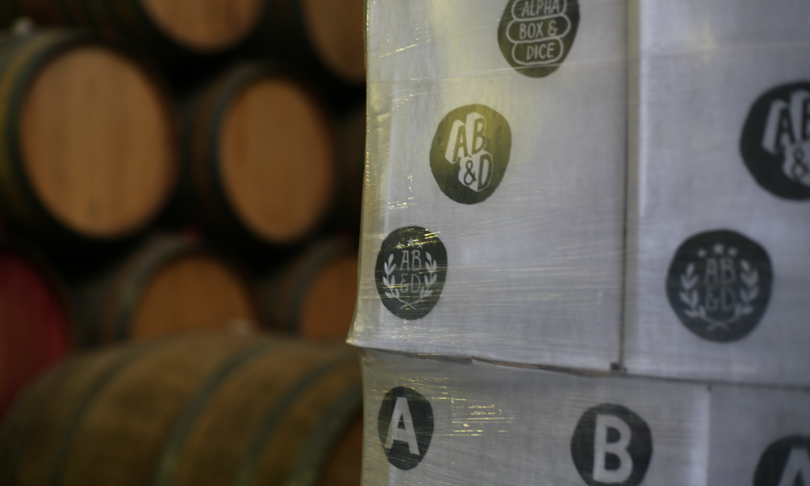 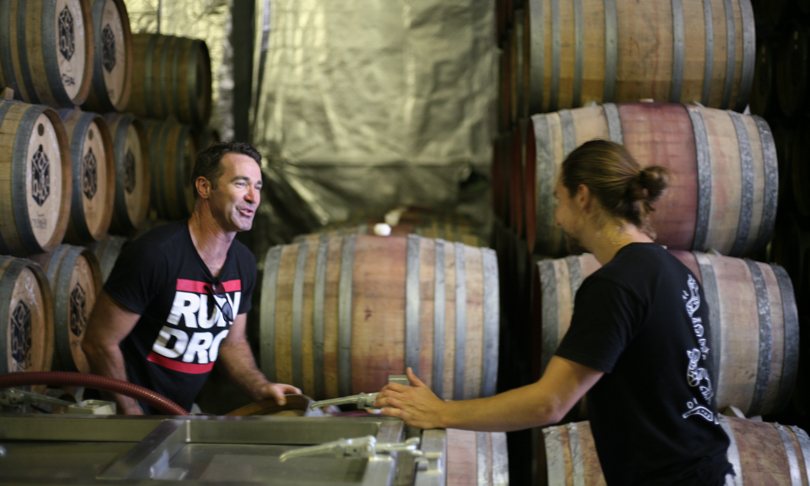 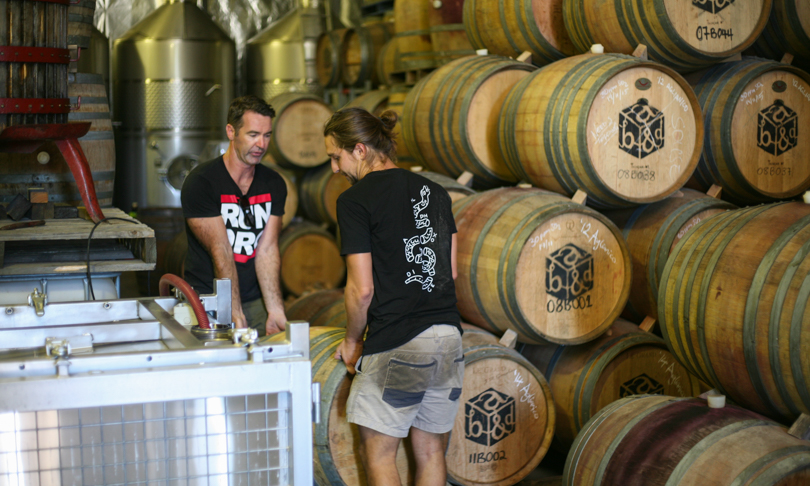 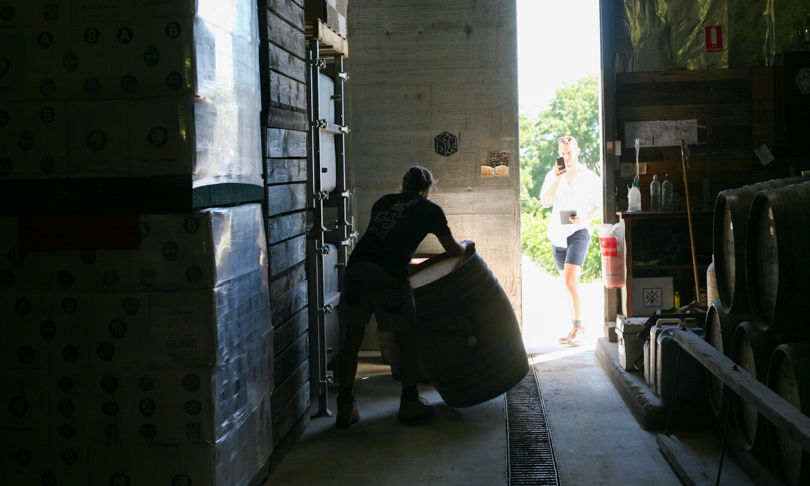 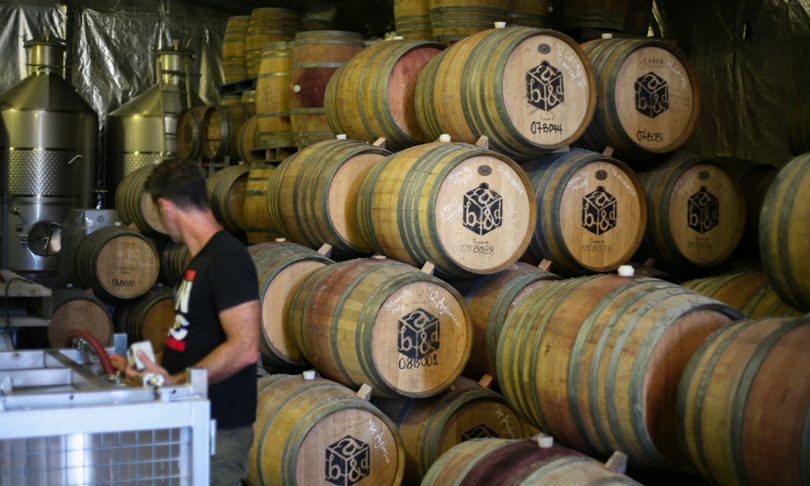 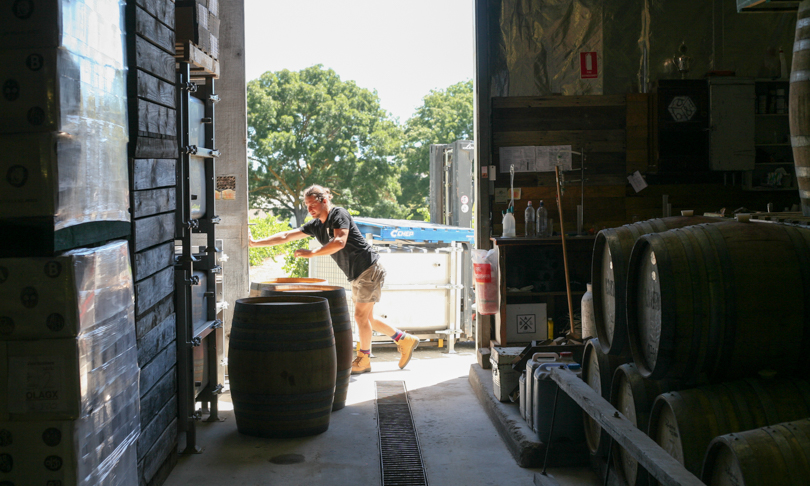 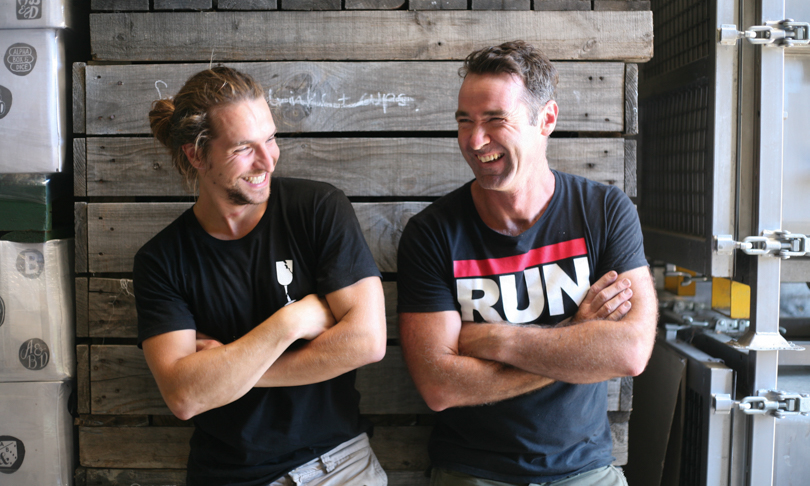 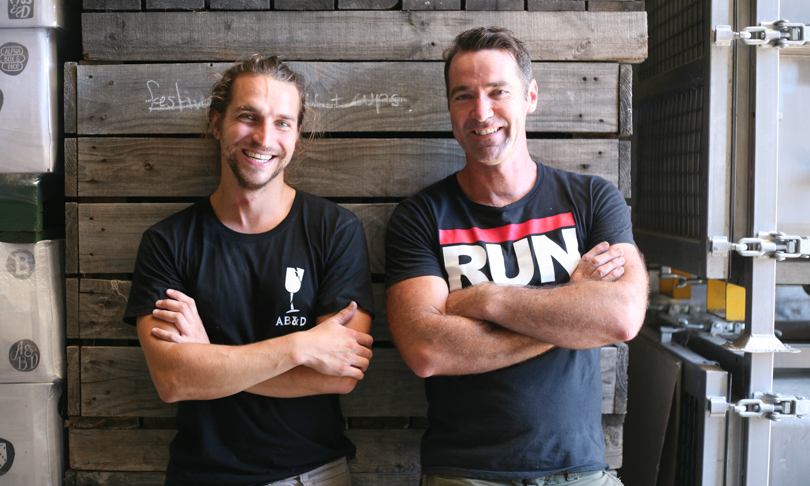 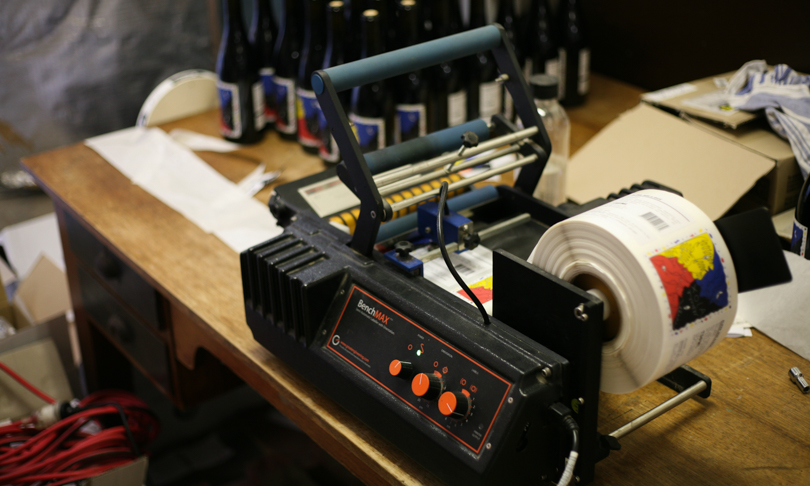 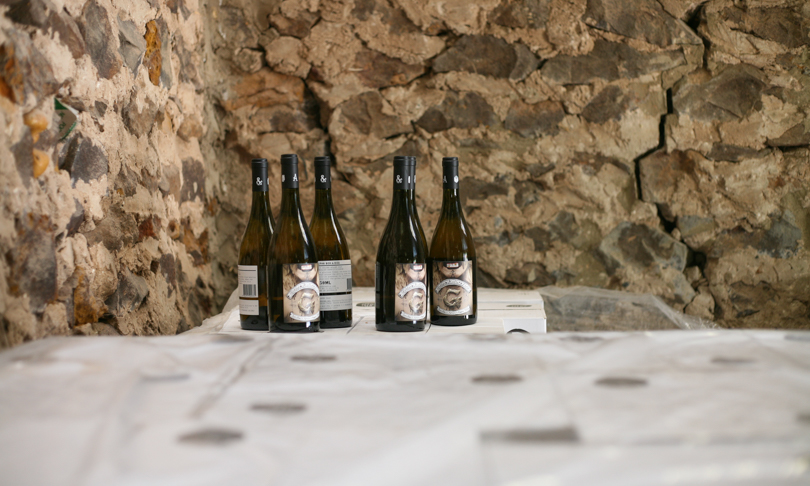 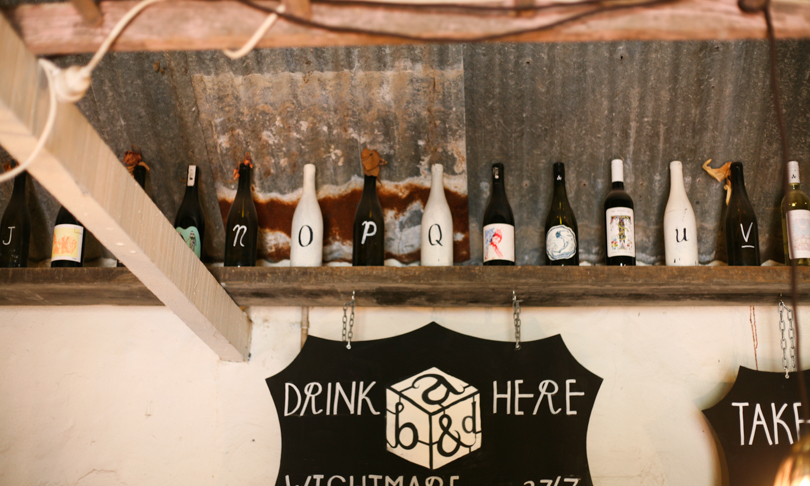 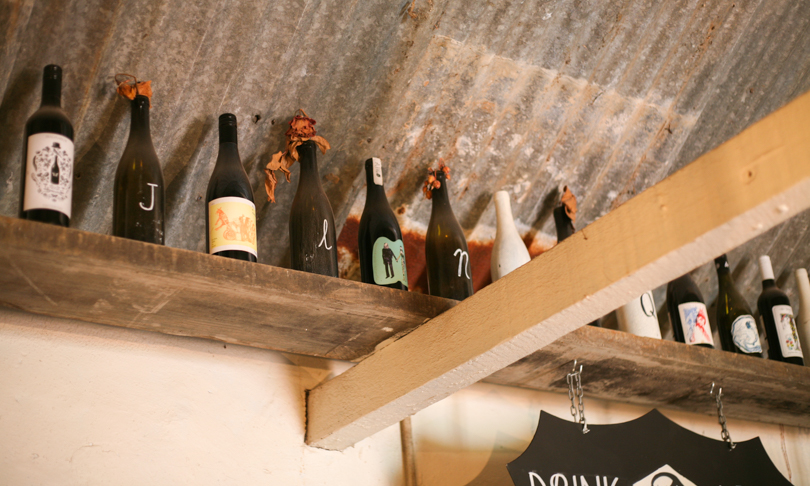 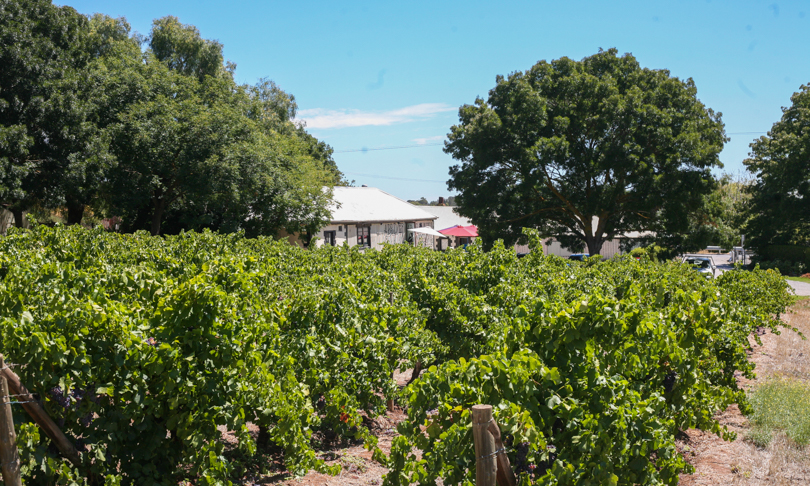 Up the short gravel track, past the old horse stables at the corner of Oliver’s and Chalk Hill Roads in the back blocks of McLaren Vale, sits a generic looking shed. Really — sheds are a dime a dozen out here.

AB&D release their Siren 2014 Nero D’Avola this Saturday, February 6 at the cellar door. It’s available to buy online now as a cheeky pre-sale too

But this one’s different.

And upon reaching the threshold of the galvanised iron structure the difference issues forth in the form of an exaggerated groan — not unlike the sound a shed door makes when it scrapes ajar.

Striding forth in his inimitable fashion, full of familiarity, eyes bright and smile — broad, he clasps our hand and, shaking it, pulls us into the cool and dimly-lit shed where the Alpha Box & Dice experiments come to life.

CityMag is here to meet Alpha Box’s new winemaker – Sam Berketa. But it strikes us just how ingrained and comfortable Justin is with us and likely everyone in the media and hospitality industry in South Australia. Sam isn’t just taking over as principle winemaker for Alpha Box & Dice, he’s taking over the legacy of Justin’s collaborations, friendships and trust sitting at the core of the AB&D brand.

“The whole thing is really daunting,” says Sam. “I don’t have any family in [the wine industry], I studied with people that have either four or five vintages under their belt and they’re 20-years-old. I had nothing.”

Right now though, he has a stainless steel pipe dipped in a barrel of Kit & Kaboodle. Justin and Sam are syphoning it out, ready to move the vintage to another facility. Side-by-side you can’t help but appreciate the synergy between them.

Despite Sam’s age or perceived inexperience, he’s got a breadth of knowledge that fits snuggly with the Alpha Box mantra.

Three months in Germany doing a vintage and, before that, a stint at Mac “Mmmmm delicious” Forbes in the Yarra Valley are highlights in his career-to-date. But winemaking isn’t all that Sam brings to the shed on Olivers Road.

“I was half way through a chemistry degree at the University of Adelaide and working in a clinical pathology lab testing specimens,” says Sam. “I really hated it to be honest.”

“Working in the same space each day with the world outside your window – it just wasn’t for me. I couldn’t see myself in the research lifestyle, even though I loved chemistry, I loved the challenge of it and found if very interesting. I decided to defer from that degree and I wanted to go into visual arts.”

However Sam’s parents suggested that maybe he could take a middle path.

The connection between art and Alpha Box & Dice is irrefutable. The work of artvertising® agency, MASH throughout the seven or so years the winery has operated has been instrumental in the label’s success. For Sam too, the prospect of being a label maker as well as a winemaker makes him blush ever so slightly.

We push further, asking what his vision is for the winery.

“Definitely carrying on what Justin’s created here is of a high priority,” says Sam. “It’s a legacy that he’s instilled here that I, in no way, shape or form want to change.”

But there’s letters of the alphabet missing we insist.

“Exactly! And upon which I’d like to make my mark. I’m a big fan of Riesling and, having done a vintage in Germany, I’m a bit of a Riesling freak. So I’d love to see that incorporated into the brand. Some more white wine making in general,” he says.

And Justin smiles all the while. Happy to be moving onto a new stage of life and happy to have found someone he trusts with his baby.

Alpha Box & Dice is still very much the same winery.

But this winemaker is different.