Shortlisted for the 2015 Scribe Nonfiction Prize, Emma Jones' ground-breaking poetry and non-fiction is powerful because of its intense emotional and physical intimacy, and is earning her a reputation as one of Australia's most exciting young writers. 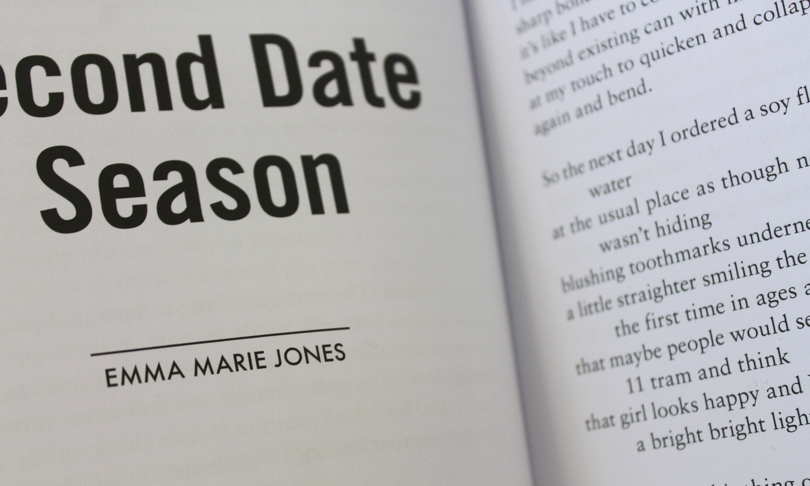 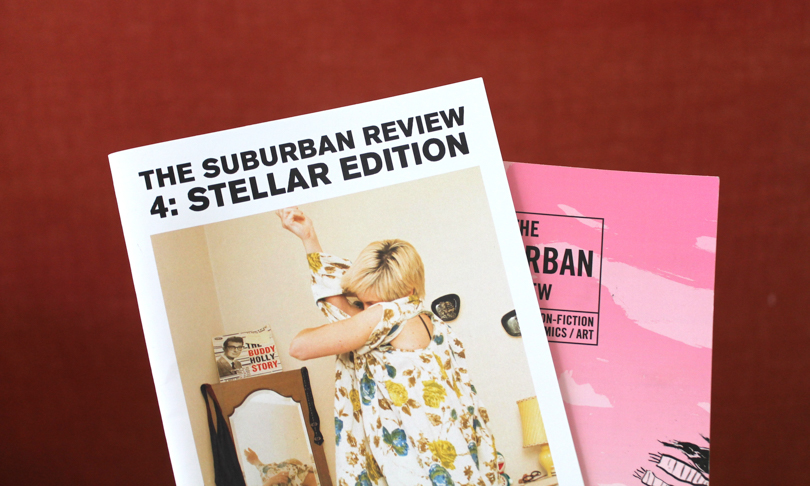 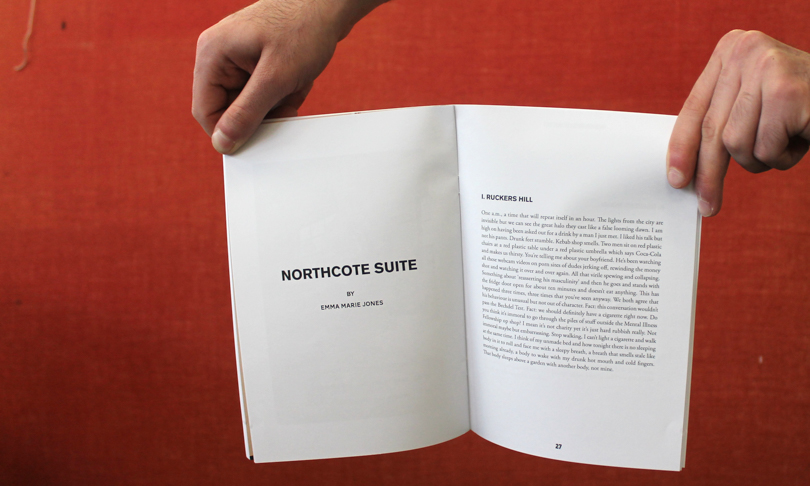 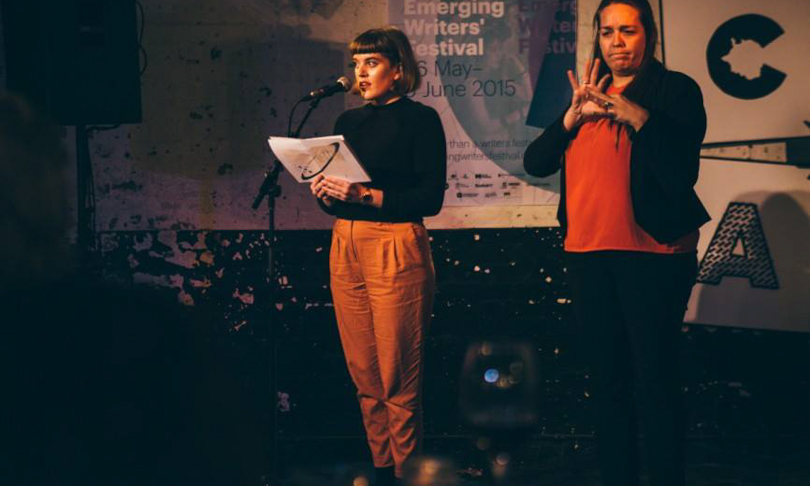 Emma Marie Jones knows good sex. But disastrous pop cultural references aside, Emma is one of Australia’s most exciting writers.

Hailing from Adelaide and now living in Melbourne, writing has been a constant in Emma’s life that has morphed into an all encompassing artistic purpose.

“I first started writing stories when I was a little kid – I remember writing a picture book that was essentially a rip-off of the Sega Megadrive game Ecco the Dolphin and thinking I was like, so inventive.

“Then I hit puberty and discovered emo music and started writing super sadgirl poems and felt like I’d found my true calling.

“When I got to university and realised Creative Writing was a legitimate major, and published my first poem and realised somebody would actually pay me real money for my work, I guess it just felt like a pretty natural extension of what I’d been doing forever.”

Emma has been published widely, writing for some of the most respected and innovative literary publications in Australia. Her work is known for the way it interacts with and explores our notions of the body.

“Our bodies are the generative spaces on which we display our personal and political identities and allow them to play out, to play off one another in social spaces,” she says.

“We use our bodies to experiment with self in visual and physical ways. I’m endlessly fascinated by my body and by other people’s bodies, and by the ways that bodies fit into public spaces together.”

Working on the boundaries of fiction and non-fiction, Emma uses her body and sexuality as a woman to make bold political statements through her work.

“As a woman, sex in the abstract is also extremely political for me,” she says. “If patriarchal social structures have relegated my gender to the realm of sex object, then the only weapon in my arsenal is sex. I’m not writing about sex; I’m writing with sex. It’s a tool, it’s a weapon, it’s a toy. I’m using sex to play and fight and speak.”

The complex ideas that underpin her work, however, do not make it inaccessible. Her monthly column for online literary magazine Scum Mag is an honest and hilarious look at her life in progress. Modelled on Bridget Jones’ Diary, Emma Jones’ Diary works as both an honest look at what life is like as a young woman in her twenties and an experiment at the way we construct ourselves online.

“Writing about my life at the end of each month has been a really weird experience,” says Emma.

“There’s that weird tension between the performed self – the published self that appears in the work – and the real self. Readers of my diary column will often approach me and say, I feel like I know you. It’s like, well you do kind of – you know a part of me, a part I’ve chosen to project – you know a performance of me, so I guess you know a version of me that I’ve idealised and allowed you to see.”

Having just finished her Masters in Creative Writing, Editing and Publishing, and receiving a prestigious a Wheeler Centre Hot Desk Fellowship, the future is looking bright for Emma despite Australia’s small literary community.

“Who knows what’s next? Now I’m finished uni, I’m hoping to spend next year working on some longer-form creative projects of my own. I want to write some more poems, write a book maybe, I don’t know, I want to write a lot of things but I am also just existentially exhausted after writing a thesis so I also just want to lie on the couch and watch Dr. Phil forever. The jury’s still out on which of those instincts is gonna win.”

We hope the writing … but we don’t judge. Couches are great, too.