One year on with Weft Textiles

After a rapid expansion in scope and a year of trade, Adelaide's organic, sustainably-minded textile business is returning to its roots.

In that year, things have changed.

In a very organic way (pun fully intended), the ethical textiles, homewares, bed linen and loungewear studio has evolved from a business-to-business wholesaler of textiles, to a straight-to-customer lifestyle business, and back again. 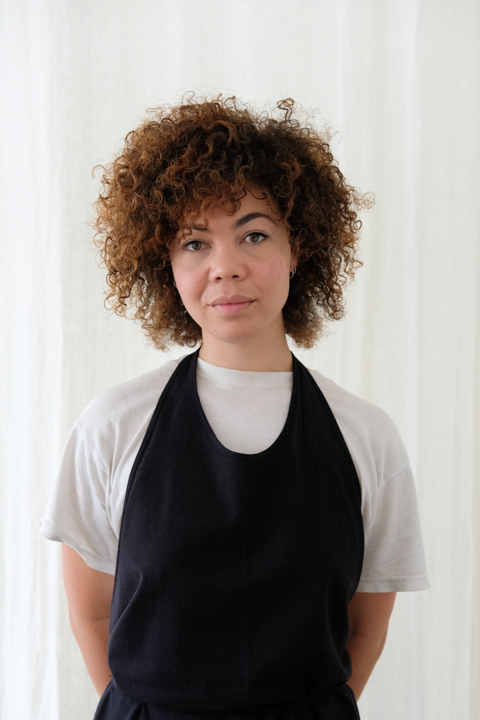 “I started off with the intention that I just wanted to sell fabric to other interior designers, and work with architect firms and the like. But the scale, it was a bit overwhelming, so I started off doing bed linen and just doing retail stuff,” says Samia, who studied interior design at RMIT.

Her studies, along with her time working in colour forecasting and as a freelance interior designer in Melbourne informed the direction of her business.

“I found it, even in university when we had to source materials, and especially when I was doing it for actual jobs, it was extremely difficult to find a product where you knew exactly how it had been created. And, then if you did want it to be ethical or natural, it was even harder to source fabrics and materials that ticked all the boxes,” says Samia.

“It was always on my mind that I wanted to be able to access a product that was sustainable, ethical and made in Australia.”

After undertaking a series of workshops on the dying process, more study, and research in fabrics, Samia landed upon the idea to start Weft.

Weft Textiles operates with the philosophy of sourcing natural and organic fabrics (flax linen, hand spun and woven organic cotton, and 100% silk), using no harmful chemicals, dyes or perfumes, and supporting sustainability, a balanced eco-system, and health and well-being.

“The concept for Weft I think started probably unconsciously a few years before [the launch]. I was travelling to Jamaica every year, and I was working in farms woofing,” says Samia.

“There’s a lot of eco farms over there, or organic farming, not so much because they’re aware of it, but because that’s just how they all are, everyone is just organic. But there was a dye farm at one of the farms that I was working at.

“It was good, understanding how to live from the land – using the resources around them, and not wasting, things like mindfulness. It’s just how everyone is, it’s not cool. No one is trying to make the world better, it’s how they survive. That was humbling, learning that. Because we… it’s a privilege for us, you get to do that if you have excess money here, if you can afford that kind of way of life. It’s backwards.”

Samia travelled to and worked in Jamaica three times. On her last trip, she stopped by Indonesia to test an organic dying farm.

“I stopped there and dropped off all my fabric samples to get them dyed to see what it was like,” she says.

“On my way back, I picked them up. They hand dye fabrics with plant dye in a zero waste dye factory, and then after all of the water waste gets filtered through the lotus pond, because even though they’re plant dyes, they use maybe aluminium and iron, so they use to pond to get rid of the toxins.”

It’s a noble way to work with fabrics but, Samia says it’s just not financially feasible.

“It’s a really lovely way to create something and it has a really beautiful story, and I did for the first 8 months, but I was just losing money on everything I was selling,” she says.

Her next fabric order will be dyed with eco dye by her fabric manufacturer.

That decision is a big one – it has lead to a more efficient model, and the chance to grow the business with what capital is available.

“I set it up too quickly I think,” says Samia. “I was really really driven at one point. I set it all up in three months, did all the branding and blah blah blah. But I did too many different products and different colours and just got in heaps of debt really quickly.

“This year I’ve been learning how to slow down and appreciate what’s going on in the moment instead of go go go go go. And then also refining the products, take away some of the colours, making everything a little simpler, making sure this is something I can run with the amount of money that I have, rather than just pretending that I’ve got all of this money and can offer all of these things.”

It’s a wise move. It’s taking notice of the reasons a ship is sinking, and taking the measures needed to keep afloat.

Now, Weft Textiles has limited the product offering to bedding, pyjamas and fabric by the metre. The latter  is reaching Samia’s original intended customer base: architecture firms and interior designers.

“It’s just naturally turned in to what I wanted it to be in the beginning, which is nice. And I didn’t contact them, they came to me,” she says.

“It’s slowly forming into what I want it to be, which is more on the wholesale side of things and working with interior designers, but then offering a few different products as well.

“You can tell if something is too hard, and a struggle. I think it feels like I’m on the right kind of path now.”