Oh Deer Sugar: A bakery for your body

Sometimes people can’t have their cake and eat it too, and for Sharni Rosser and Nikki Merritt, that’s kind of a good thing. The duo’s non-edible bakery, Oh Deer Sugar, bakes cruelty free, vegan food for the skin - giving us all a reason to bathe in cupcakes and macaroons. Finally. 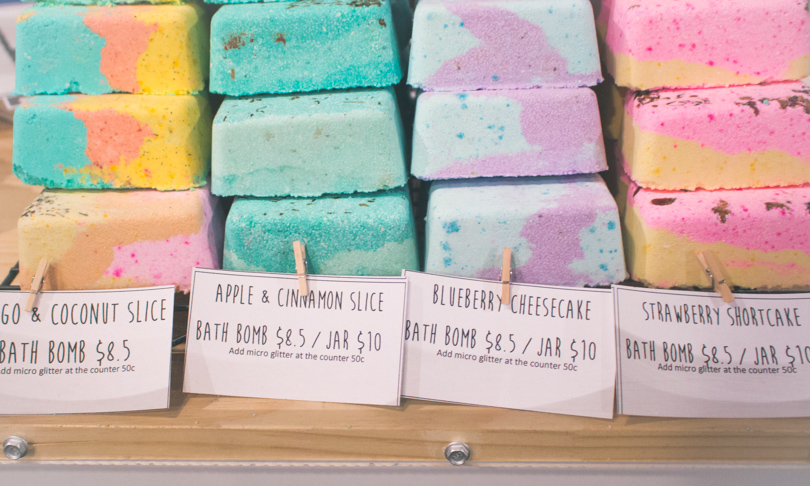 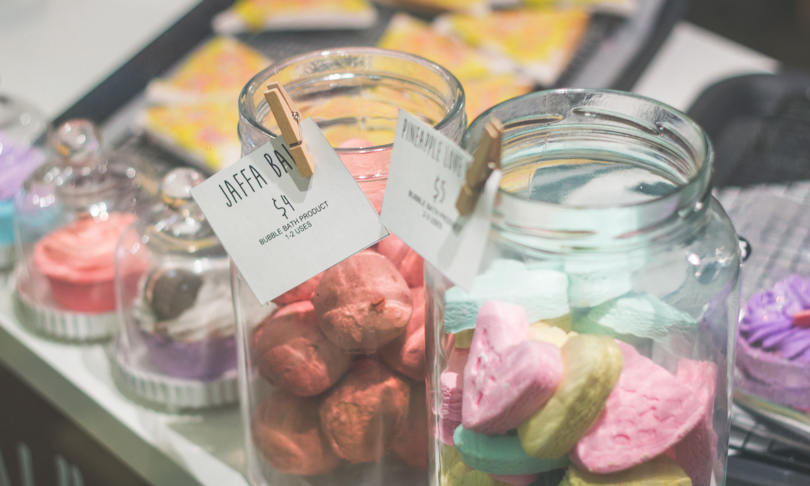 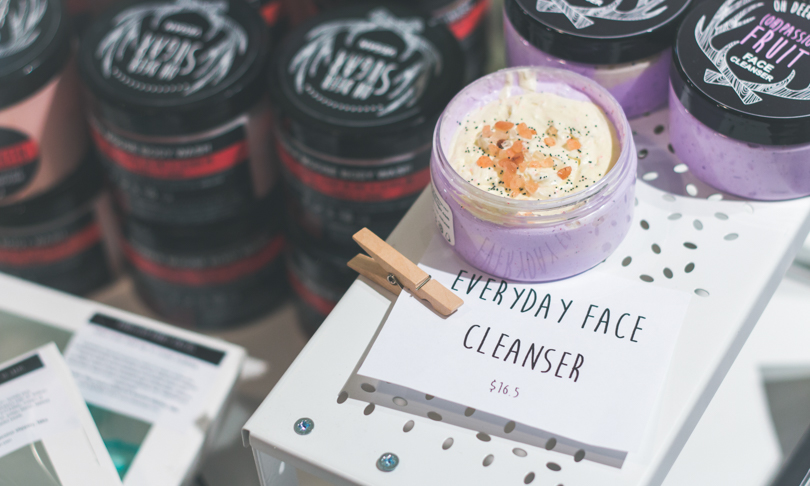 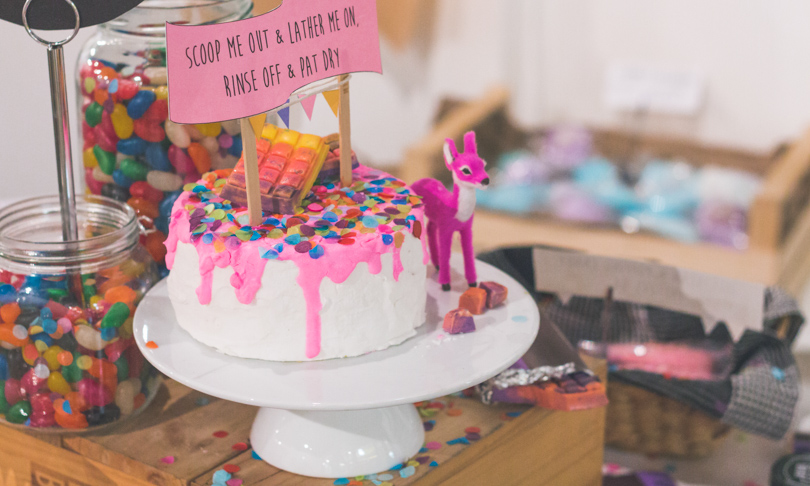 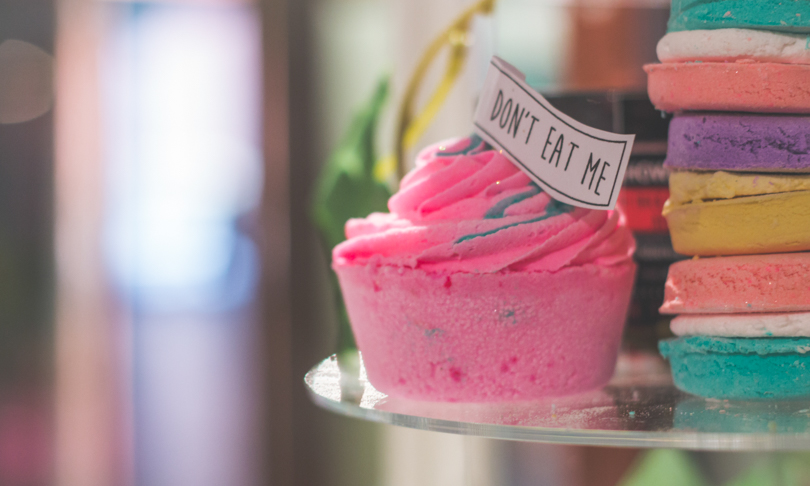 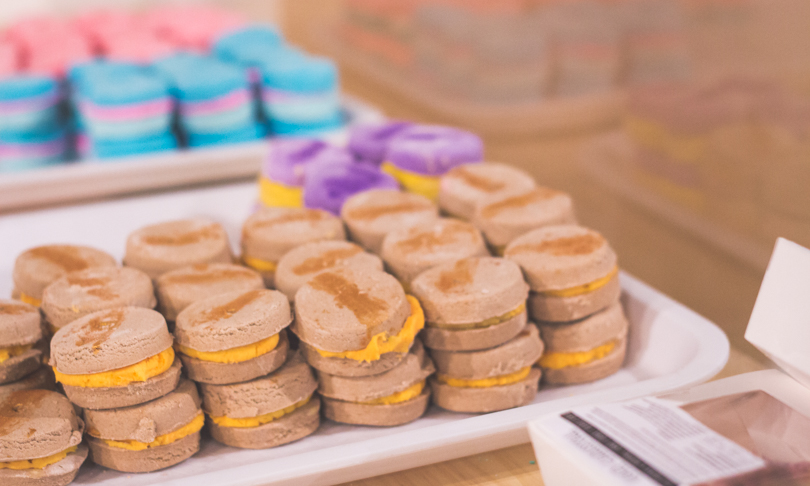 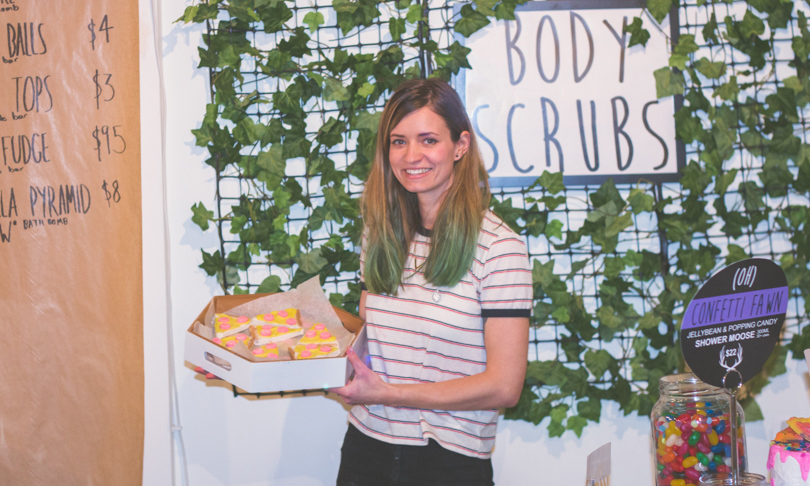 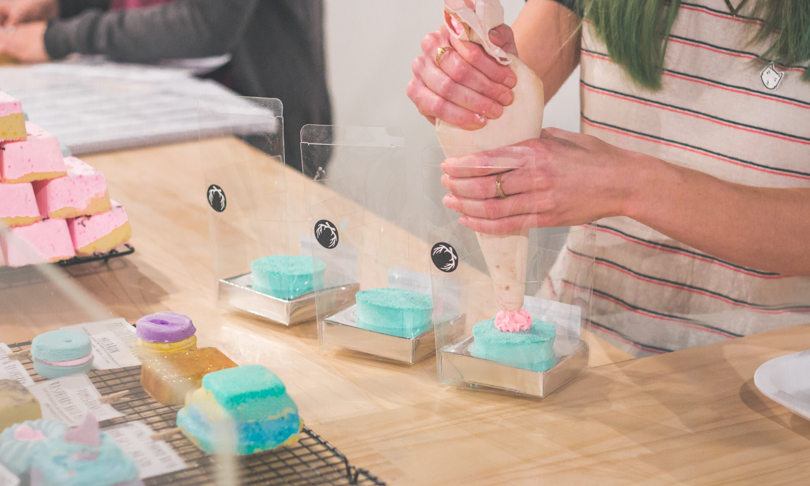 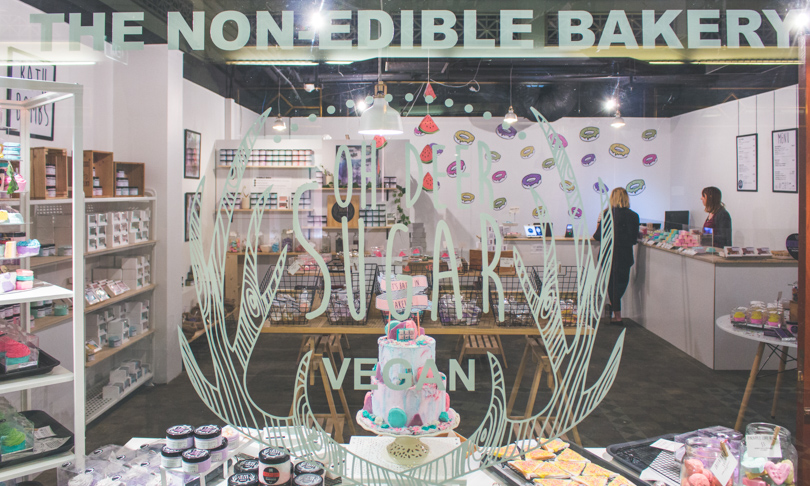 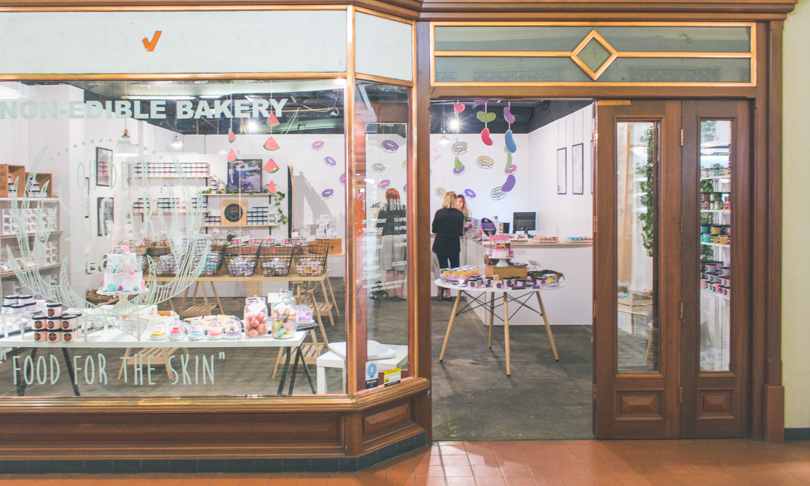 People often walk into Oh Deer Sugar with the intention of buying a delicious, glittery cupcake, only to find that they’re meant to smoosh said cupcakes onto their skin, not into their mouths.

Co-owner, Sharni, says, “people walk in and say ‘I’ll have two cupcakes and one of them’,” requiring her to inform people that the products are for the body. “It happens all the time.”

It’s not surprising that Sharni’s creations look so convincingly edible – she once dreamed of a career in the culinary field: “I always wanted to be a patisserie chef, so it kind of relates somewhat.”

But what is surprising is that the little slabs on show in Oh Deer Sugar are much more than glitter and rainbows. Sharni says that all of her products are “cruelty free and vegan”, which is a pretty mean feat. “In skin care, it is virtually impossible – it’s usually one or the other.”

Sharni tells me that that “Adelaide is pretty much known in Australia for the vegan scene”, so it makes a lot of sense to base the business here.

“Online sales have definitely boosted, probably doubled, because of the shop.”

And not only is On Deer Sugar’s new store front in Adelaide, so is their kitchen. All of the products are hand made in Adelaide, with just about all of their ingredients locally sourced too.

Though, not all of their customers are who you might expect.

“A lot of businessmen come in on their lunch break to get a present for their partner and we gift wrap that to go,” says Sharni.

This harks back to the origins of the business, which only started because Sharni once needed a last minute Christmas present for her girlfriend.

“I didn’t know what to make her, so I made a body scrub,” she says. “I jumped online, grabbed all these different recipes, and my first body scrub was the Oh Exfoliator Strawberry and Coconut Scrub.”

After replicating the recipes for her friends, Sharni decided it was time to match supply to demand.

“I thought ‘Hmmm am I onto something here?,” she says. “We started up a Facebook page, and then a website, and then we did local markets like Gilles Street and Flinders Street.”

And then they moved into a Renew Adelaide space in Regent Arcade.

The bricks and mortar presence has helped online sales as well as introducing new customers to the product.

“Online sales have definitely boosted, probably doubled, because of the shop. People come in and smell everything, buy some stuff, and then buy more online later,” says Sharni.

But Oh Deer Sugar isn’t just a local love, it is quite literally flying all over the world. Within Australia, their largest markets are Brisbane and Melbourne, but out of the country, they have plenty of customers scattered further afield.

“Our biggest markets at the moment are Canada and America – and Singapore are starting to catch on,” says Sharni.

When CityMag asks why they are experiencing such success around the world, Sharni says it’s because the product is different. She strives for that, and she succeeds.