As festival season descends upon Adelaide, Light has launched as a multi-faceted venue powered by world-leading technology and underwritten by an Adelaide-first business model.

Funding the arts is a complex business, particularly amidst a pandemic-induced economic slowdown and in a country where cultural investment is seen as politically loaded.

This article was first published in print for CityMag’s 2021 Festival Edition, on streets now.

In their new multi-faceted venue, Light, entrepreneurs Sophie and Nick Dunstone believe they have a solution.

The Dunstones have settled back in their hometown of Adelaide after decades spent interstate and abroad while Nick worked in international finance and Sophie practised clinical psychology. They plan for Light to become a thriving venue that will commission new art works, fund artist residencies, provide mental health support and above-average conditions to staff and artists, and deliver a year-round calendar of performances.

This rosy vision is initially underpinned by their own philanthropic investment. The couple are backing the venue with millions of their own funds provided as ramp-up capital. In the long term, Light is set to sustain itself as a not-for-profit through a series of diverse revenue streams that will provide a cashflow safety net for the venue’s arts ambitions.

Incorporating elements of tech start-up business practice, the launch of multiple new hospitality ventures, and an optimistic faith in the Adelaide population’s ability to turn up, the Light business plan is not without risk. But, Nick says, calculated risk and adaptability are key to progress.

“If we confined ourselves to the normal view, we would not do this,” he says. “But, if we all stayed within our confines, no one would try to do anything differently.

“But I’m not really an idiot – I know how we can protect our downside in different situations. But this is the exciting thing about this business… we expect to change and grow like an organism.” 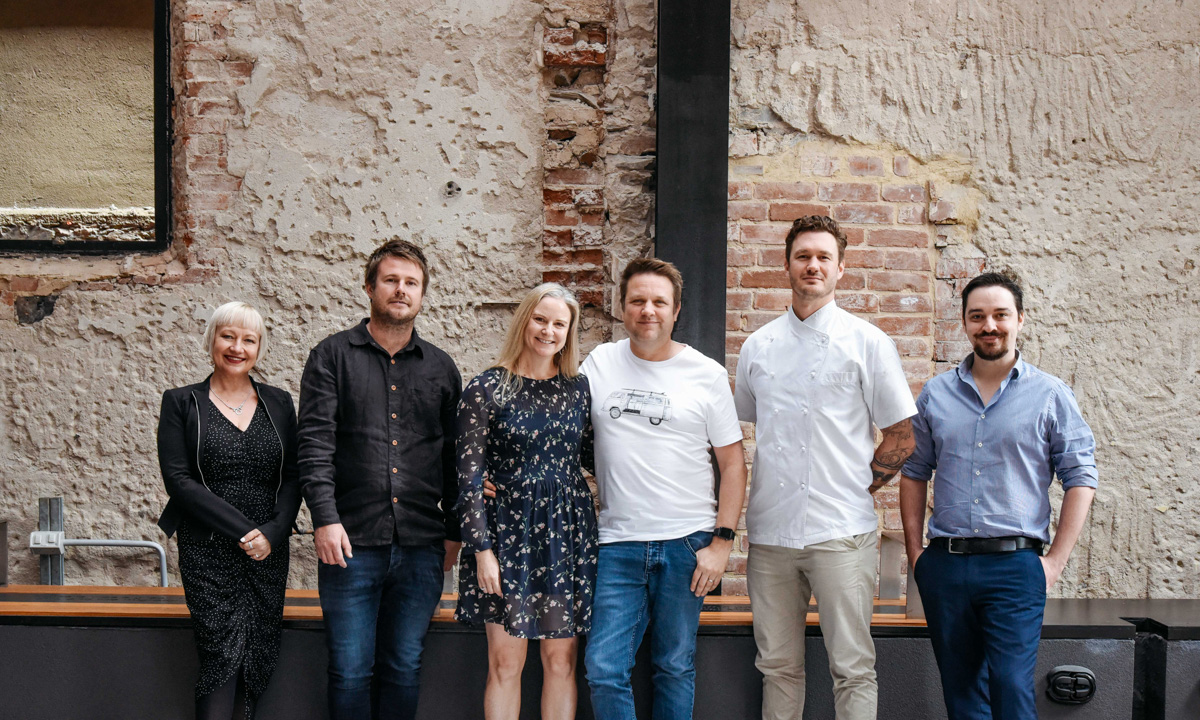 The three tenets of Light will be its arts activities, its hospitality offerings, and its multi-use venue spaces. Cross-segment activity is at the centre of the business model, with the refurbished heritage building at 63 Light Square forecast to be bustling morning, noon, and night.

The most familiar element of the business is its hospitality side. This week, Light will launch a new high-end restaurant this week – Aurora. Fronted by head chef Brendan Wessels (formerly of the d’Arenberg Cube), the restaurant has been developed in consultation with South Australian hospitality luminaries Richard Gunner and Simon Bryant.

Light already operates a café called Little Mission next door and will – in the longer term – include dedicated bars and an outdoor beer garden.

Funds from food and booze trade will cross-subsidise the arts side of the business, but Sophie is clear that the hospitality outlets are more than profit centres.

“We want people to come to something that is very familiar – like a restaurant,” she says, “and then gradually be introduced to something in the arts that they may not normally buy a ticket to or make the effort of going to see.

“We want it to be an opening and a welcoming point to enjoying the arts.”

The other engine room of the business’ finances will be the performance venues. Eventually there will be two – the Lab, with capacity for 200-300 punters, and a medium-sized venue that can host about 700 audience members.

In the first phase, Light will open with the Lab fully operational, while the larger space will be in development and available as a film and production studio. Both spaces will be equipped with world-leading immersive technology that Nick and Sophie believe will transform them into highly productive assets. 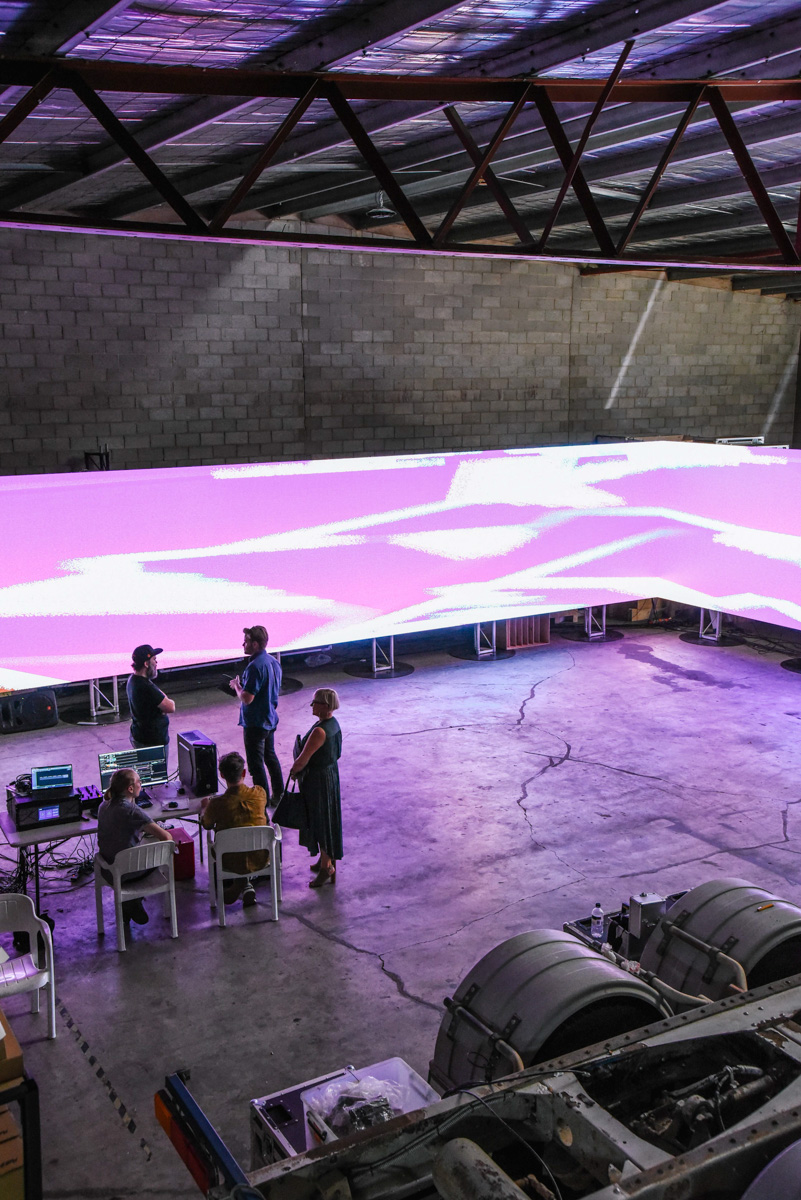 “The best analogy I have is a collective virtual reality experience,” says Nick. “I’m standing in a room, but I feel like I’m in a forest – it’s the quality of the immersive technology, it’s the wrap-around nature of it, and it’s the computer systems that drive it.

“In places it has been used, like Japan, it has been more of an educational, experiential museum thing. Or in film they’re using it as a replacement for a green screen – for actors to perform within instead of building sets.

“So, we’re using that technology, but bringing it back to augmentation of a live performance venue.”

Super high-quality wrap-around screens – “these are not video walls – this is like being surrounded by a wall that lives,” says Nick – will work in conjunction with surround sound and be powered by a computer engine that enables interactivity.

The revenue-raising applications are broad – from tourism conferences where delegates can be immersed in locations across the world; to mining training where employees move through the work environment in Coober Pedy without leaving Adelaide’s CBD; to yoga classes set among the dense undergrowth of the Amazon forest.

But what Nick and Sophie are most keen to highlight about the technology is its artistic promise. They’ve recruited Anne Wiberg – chair of Music SA – as the head of programming at Light. She is tasked with finding the right artists for the space and helping them fully exploit a new technological medium.

“I’m hoping there will be artists who want to come in and experiment with that technology to create something venue-specific.” 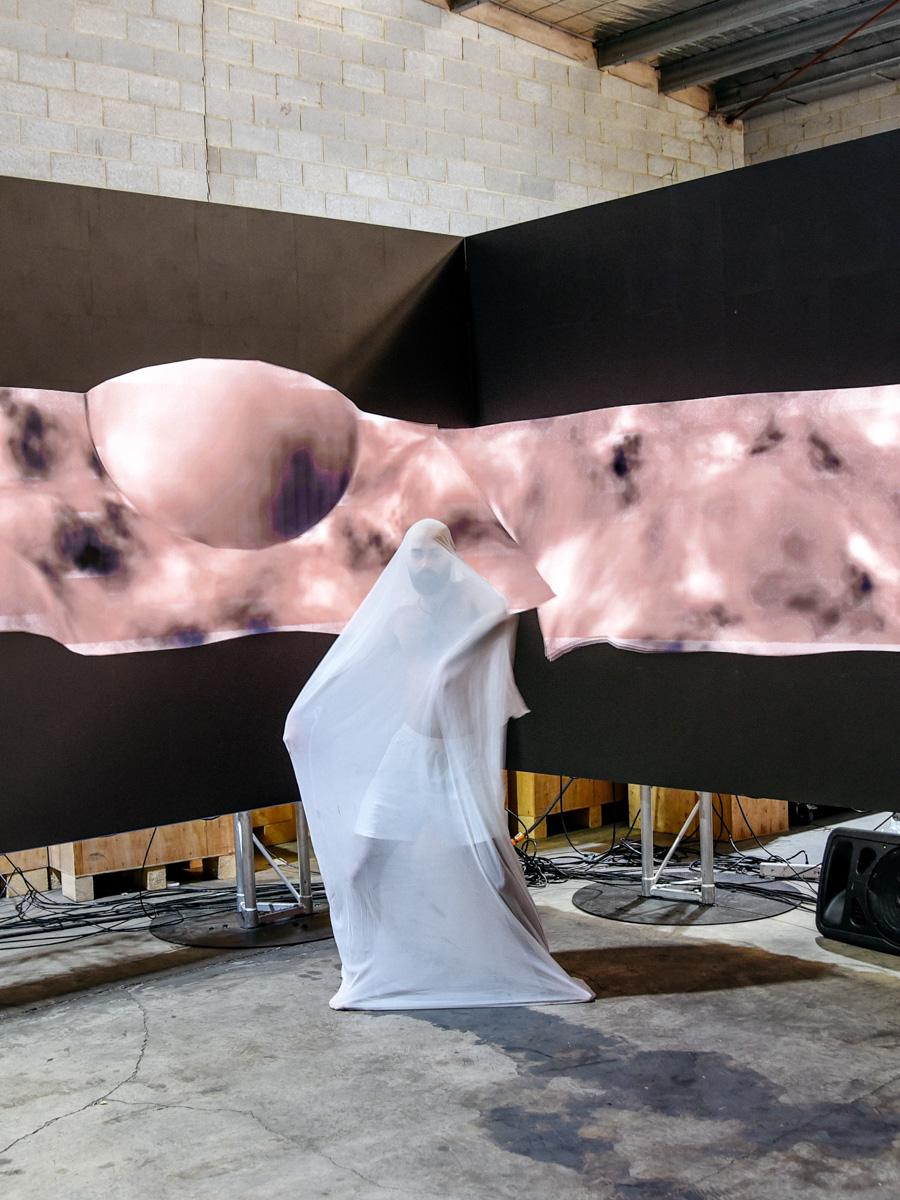 Anne is also responsible for curating a full roster of performances to draw Adelaide audiences back to Light week in and week out. From the beginning, her approach will be to program boundary-blurring work, with the aim of creating a magnetism around the venue.

“For opening weekend … it’s giving the audience a taste of what the venue can do and mixing up classical and contemporary and dance and electronic music with different styles of performing arts, all using the technology,” she says.

“We want to become a destination where people don’t know what to expect… but might go because they know we always have something interesting on.”

In its multiplicity and cross-subsidisation, Light is a different approach to the business of art. But if that different approach pays off, it will create some unprecedented opportunities – for artists, staff and audiences alike.

“We’re doing it because we really need things like the arts to make us feel connected, to make us reflect on our society, to make us have an emotional reaction.”