Look to the skies: SA aims high in space

The future is here – space tourism is on the cusp of launch and satellite technology feeds into our pockets daily. Despite this, Australia looks the other way and refuses to invest in a national space agency. Thankfully, SA business is forging ahead to carve out a niche among the stars. 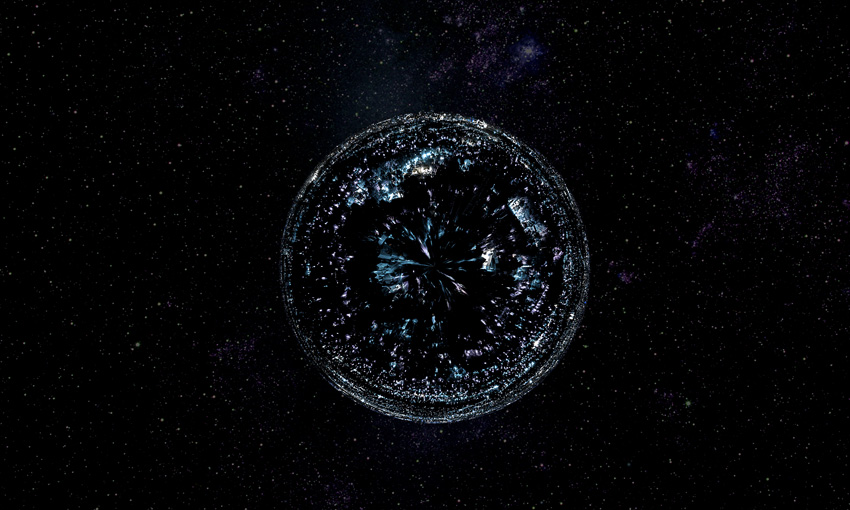 Space is coming ever closer. Yesterday, Land Rover announced a competition to win a trip to space (no, really, that happened). Plans are being made to begin mining an asteroid. NASA is developing a “space elevator” to deliver supplies to space stations without actually launching anything off the earth.

The SpaceUp unconference takes place on September 28 and is a great place for people interested in the industry to look for more information. Find more details on the SpaceUp website.

Those interested in opportunities for space business in South Australia might like to see the full statement given by Defence SA to CityMag on the matter. Read it here.

Details of the Federal Government’s Satellite Utilisation Policy and other space initiatives can be found through Australia’s online space portal.

The future is here for the rest of the world, but in Australia it is more accurate to say the future is next door and might come over for a visit occasionally. India, Indonesia, Malaysia – all of these nearby countries have bought into the future through ongoing investment in space technology. Australia has not. We have no national space agency and, since mid last year, no funding for research and development in the space field.

This lack of interest persists even though space is about far more than sending rockets to Mars or searching for aliens. Satellite technology operates in the orbital realm and that means space science is a part of our everyday lives.

Some of Australia’s prime industries are precisely those that benefit most from space technology. Satellite data is supremely important for next generation mining and agriculture techniques. Australia is also dependent on satellites to facilitate communication during times of disaster, to reach remote areas and to send media to otherwise unreachable Indigenous Australian communities. Advanced satellite technology can give early warning of the bushfires that ravage our land every summer.

Currently, we rely on other countries’ satellites to fulfil these needs – usually for free, which they do because, well, they’re being nice. A change in the globe’s delicate diplomatic arrangements could see this essential service withdrawn without warning – leaving our remote areas blacked out from communication, our intelligence agencies without data and our disaster action plans in tatters.

As well as forgoing best security and business practices by blinding ourselves to the space sector’s inevitable rise, Australia also misses out financially. The bright economics of the space sector are irrefutable. Every year the global net worth of the industry grows. In 2013, it was calculated that, worldwide, the industry generated more than $314 billion (USD). Here in South Australia, as the wealth generated by limited-lifespan industries such as mining and vehicle manufacturing begins to recede, we have all the more reason to look to the stars.

A photo of earth from space, taken by a NASA-controlled device in 2009. Photo courtesy of NASA.

“It’s six degrees of separation from space in South Australia,” says Dr Alice Gorman, a Flinders University lecturer who specialises in space archaeology. “It’s amazing. If you scratch the surface at all, somebody – if it wasn’t them then it’s a family member – has a connection to space through Woomera.”

The RAAF Woomera Test Range in the state’s remote North West is a key asset that positions South Australia to make a mark on the space sector. It is the largest on-land launch range in the western world, and more than 60 years after being opened it remains busy with a schedule of tests by international companies, governments, space agencies and a few locals being carried out.

Woomera is a left over from a more pro-active time in Australia’s space activity history. We were the fourth country ever to launch our own satellite and, as immortalised by movie The Dish, we also played a significant support role in televising humanity’s first steps on the moon.

Physical reminders such as Woomera are not all that remain of this time. This history has also bequeathed us an intellectual and research capacity in space-related fields.

“We have the two universities – University of Adelaide has always had the physics department that was very closely involved in Woomera and UniSA also has a long history of research in the field,” says Alice.

Space is about far more than sending rockets to mars. Satellite technology operates in the orbital realm and that means space science forms a part of our everyday lives.

And while they are few and far between, there are still some local companies who are keeping up in the space race. One of those is Small World Communications, a small business run out of Payneham South by Steven Pietrobon.

In 2010, Small World was contacted by NASA. The giant American space organisation was inquiring about Steven’s turbo decoders – a technology that facilitates the communication of information in situations where there is a lot of interference (known as “noise”). Small World’s solutions impressed NASA and are now used at its ground stations in Canberra, California and Spain to decode images and information sent back from deep space probes such as the Mars Curiosity Rover.

While Steven has spent most of his study and work life in South Australia and runs a very successful company, he says a more active network of space businesses would be helpful.

“The way I’ve set up my business is I can pretty much work on my own. I don’t really need other players in the space industry to help me out,” he says.

“But it would be beneficial because those other businesses would be potential customers. With the internet I can have customers from all over the world, but I haven’t had that many customers from Australia in the last few years, it’s been mostly overseas.”

Industry experts say now is an ideal time to invest in encouraging new space businesses to grow in SA. Advocate for change and development in the commercial and civil space sector, Aria Colton, has worked for more than a decade to raise the profile of space in Australia. She was responsible for 2006’s successful SA Space Summit where recommendations for a way forward were unanimously endorsed by industry delegates.

“With a new national space policy (the Federal Government’s Satellite Utilisation Policy) recently released, it’s timely for South Australia to establish itself as a leader in commercial and civil space activity,” she says.

“With the car industry for example, we have an automotive taskforce charged with helping former car manufacturing workers get jobs. My research shows that best practice in countries like the UK and Canada have used the Space sector to re-invigorate their economy, inspire and engage students, provide training and jobs in advanced manufacturing to people that have been in industries such as car manufacturing.”

When questioned by CityMag, a spokesperson for the State Government’s Automotive Transformation Taskforce confirmed that this possibility was being considered.

“The Automotive Transformation Taskforce will soon be hosting a workshop for automotive companies specifically to discuss opportunities in the Defence sector and one of the areas that will be canvassed is the advanced manufacturing requirements of our space industry,” the spokesperson says.

The Weatherill Government is also keeping its eye on the sky via other initiatives, with a Defence SA spokesperson telling CityMag that the Innovation Vouchers and Innovation Catalyst through New Technology programs offered support to space-related companies. The Department of State Development and Defence SA were also highlighted as agencies that provided “investment facilitation activities”.

“Developing the South Australian space economy is an enabler for innovation and an investment in the future of this state and nation. – Aria Colton

Aria says that if space business receives enough support from government and the existing industry bands together, a sector with far-reaching and enormous benefits for South Australia will develop.

“Space is about innovation, not just about launching expensive rockets,” she says. “Developing the South Australian space economy is an enabler for innovation and an investment in the future of this state and nation. Retaining our IP and best and brightest, and giving them an industry where they can work and extend themselves will do great things for this nation.”

“Velcro, for example, was invented for NASA astronauts. A lot of technologies we use come from space innovation. Early detection of cancer is something else that has been helped by developments that were originally in the space sector.”

While State Government can help achieve the culture of innovation Aria alludes to, federal support through the medium of a national space agency would also be vitally useful. An agency would give the space sector purpose, set direction and encourage collaboration – both locally and with international counterparts.

The national agency dream has been proposed to Government for decades, and always seems to fall on deaf ears. But despite these challenges, there are signs that the South Australian industry is creeping forward.

The Space Industry Association of Australia – the peak body for professional space corporations – has recently submitted a bid to hold the 68th International Aeronautical Congress in Adelaide for 2017. The congress is considered the “world’s premier space event” and Dr Alice Gorman says the Adelaide bid, which is supported by the SA Government, is looking very likely to succeed.

The only way is up. SpaceUp organisers Michael Leslie and Rodrigo Rodrigues have set their sights high. This picture: Joshua Fanning.

“There’s not that many forums where students or people from the public can say ‘space is cool, I want to get involved in the space sector, where do I go’,” says Michael. “We’re hoping that SpaceUp is a way in which we can get anyone from the general public to interact with people from the industry and educate them on what opportunities there are.”

“If you speak to someone on the street, most people don’t actually know how important it is to maintain the satellites that are out there and how much we rely on them for our everyday activities,” adds Rodrigo.

Alice says the SpaceUp initiative is exciting because it addresses two problems the space sector traditionally grapples with – a way to bring the disparate elements of the industry together and a way to explain space activity to the public.

When considered alongside positive signs such as the decision of large company NewSat to establish a space satellite centre at Mawson Lakes, these two conferences can be understood as a sign of the wealth of opportunity SA has in space.