After 40 years, Julie Barnes will close the doors to her much-loved travel goods store Leigh Street Luggage for the final time on Christmas Eve.

When Leigh Street Luggage opened its doors in the city’s West End 40 years ago, the street was the centre of business for travel.

Among the odd sandwich shop, barber or bookshop were a string of travel agents and airline offices that tenanted Leigh Street.

This made it the ideal spot for former airline hostess Julie Barnes’ new business.

“I did my homework to find the right location,” Julie says.

“Leigh Street offered the opportunity to be in very close proximity to major airline offices and travel agents.

“I introduced myself to those I didn’t know and cheekily asked if the wouldn’t inform their customers about my intention of opening a specialised luggage and travel accessory shop.

“They did, thankfully. My service worked very well to all concerned and customers came in. Word of mouth is a very powerful thing.”

For more than four decades since, the business has done well and prospered. Julie says the first three years were hard, but every year was a little bit better than the last.

“It gave me great encouragement that I fitted a market that just wasn’t being addressed,” Julie says.

Now this year, on Christmas Eve, the long-independent store will close for good. 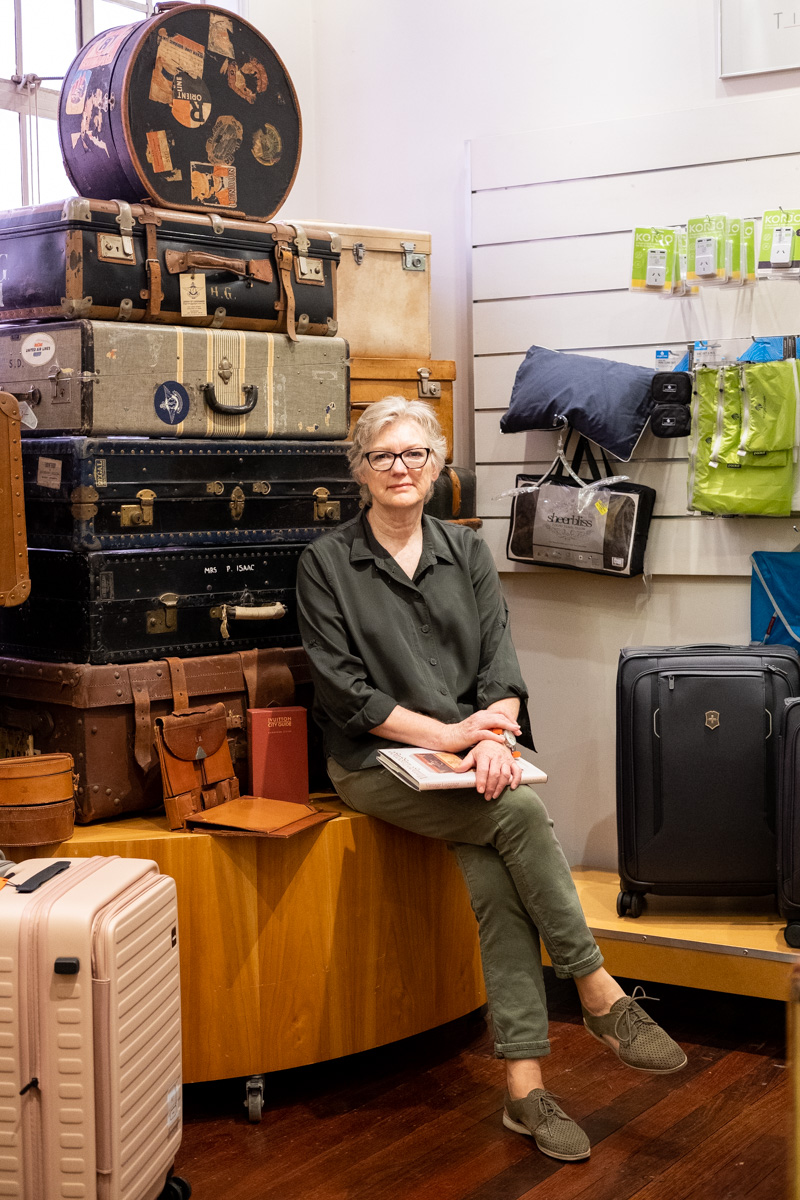 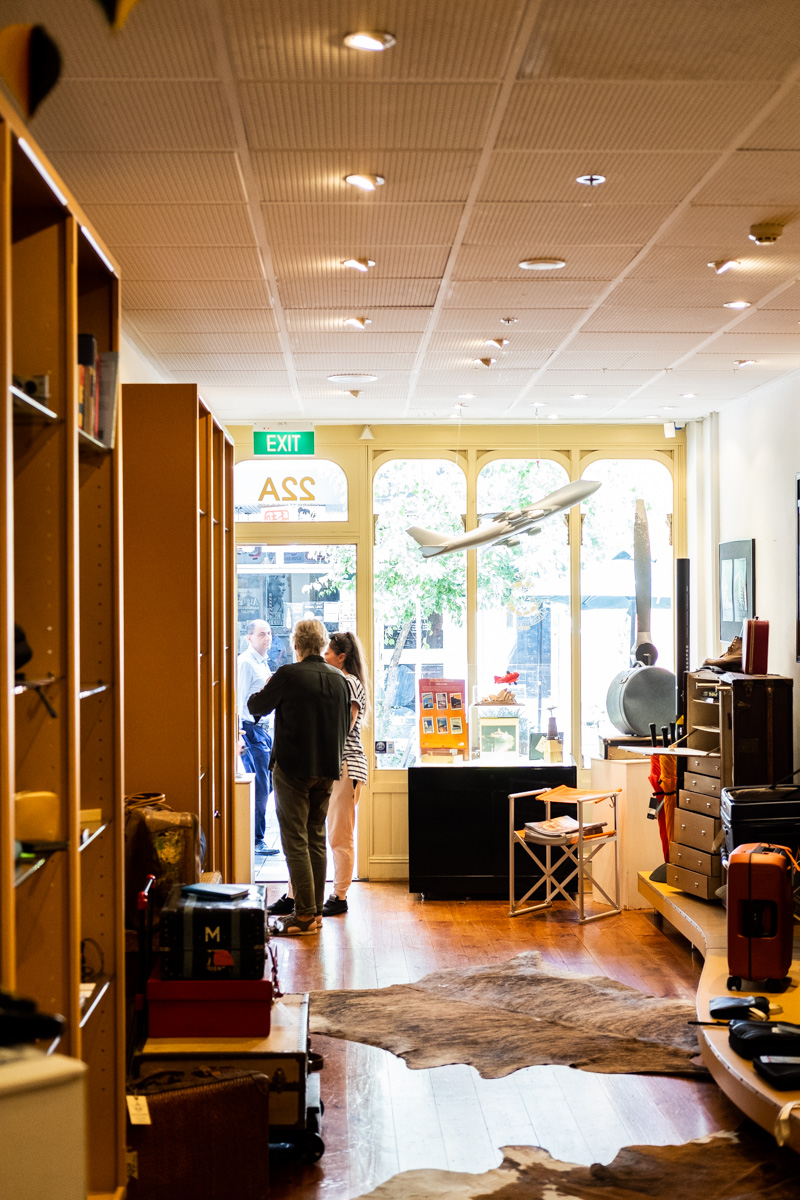 Leigh Street Luggage has survived not only the loss of those travel offices, but two credit crunches in the late 1980s and 1990s, the closure of the street to vehicular traffic, the downturn after 9/11, subsequent airline collapses, a pilot strike and a SARS pandemic.

Hollywood actress Lauren Bacall once stopped by. Politicians of both stripes have been regular customers, including Don Dunstan.

Only one Leigh Street tenant, Alec’s Hairdressers next door, has been on the strip longer.

“My retirement will mean I can spend more time in my art studio and dust off my golf clubs, amongst other things.”

The sweet little store has been a bespoke landmark for the well travelled.

Selling everything from wallets to rollaway bags to three generations of shoppers, Julie has kept her finger on the latest trends as they rolled in.

The shop found a new generation of adorers through the gentrification of the street. Trendy bars and restaurants have given Julie’s shop a new audience.

“In the early days of the street being as it is now, I realised potential customers were looking at my window displays late at night,” she says.

“I gained so many new and interesting younger customers, and that carried me through right up until COVID.”

Julie closed for several months when the pandemic hit Australia in March. She agonised over reopening, but decided to give it one last crack.

“I put brown paper on the windows and I went home and cried,” Julie recalls.

“During the three months of lockdown I realised I had the fighting spirit not to just walk away, but to give my shop one last crack.

“I really did want to do the best I could, and I have.” 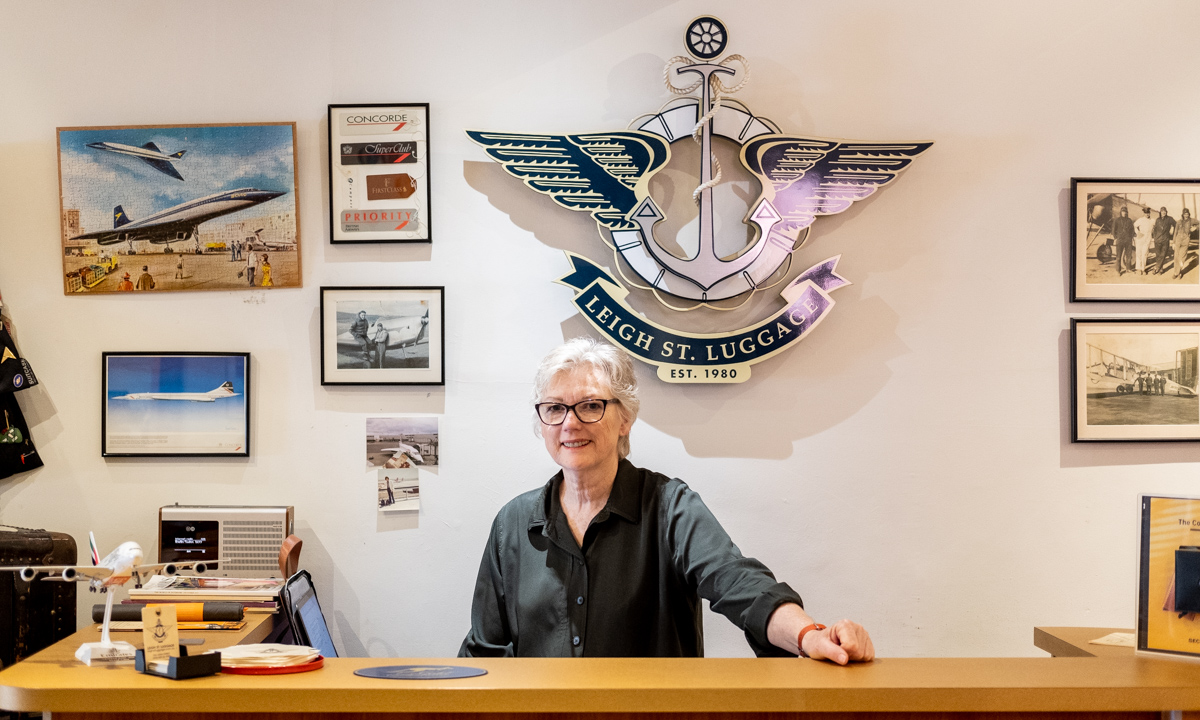 Julie did worry about the loss of identity that would come with closing the store, something she says she is now at peace with.

“Life is twists and turns and we can philosophise about that forever but in reality that is what happens,” she says.

“It really does present another whole part of whatever I have got left in life, and I think I have some pretty good years left and I know I’m going to be happy and that the shop was a big part of my life and I have happy memories.”

The secret of her success has been, she says, working seven years as an airline hostess in the late 1960s and 1970s.

“Because I had been an airline hostess, I was able to offer really sensible solutions to people,” she says.

“You have to remember, 40 years ago people weren’t just jumping on a plane like we do now. It was a really considered thing.

“I’m sure people now consider their finances, but it was something people saved up for and I was aware they were using their hard-earned money and I wanted to make it a sense of occasion that they felt they were going somewhere.” 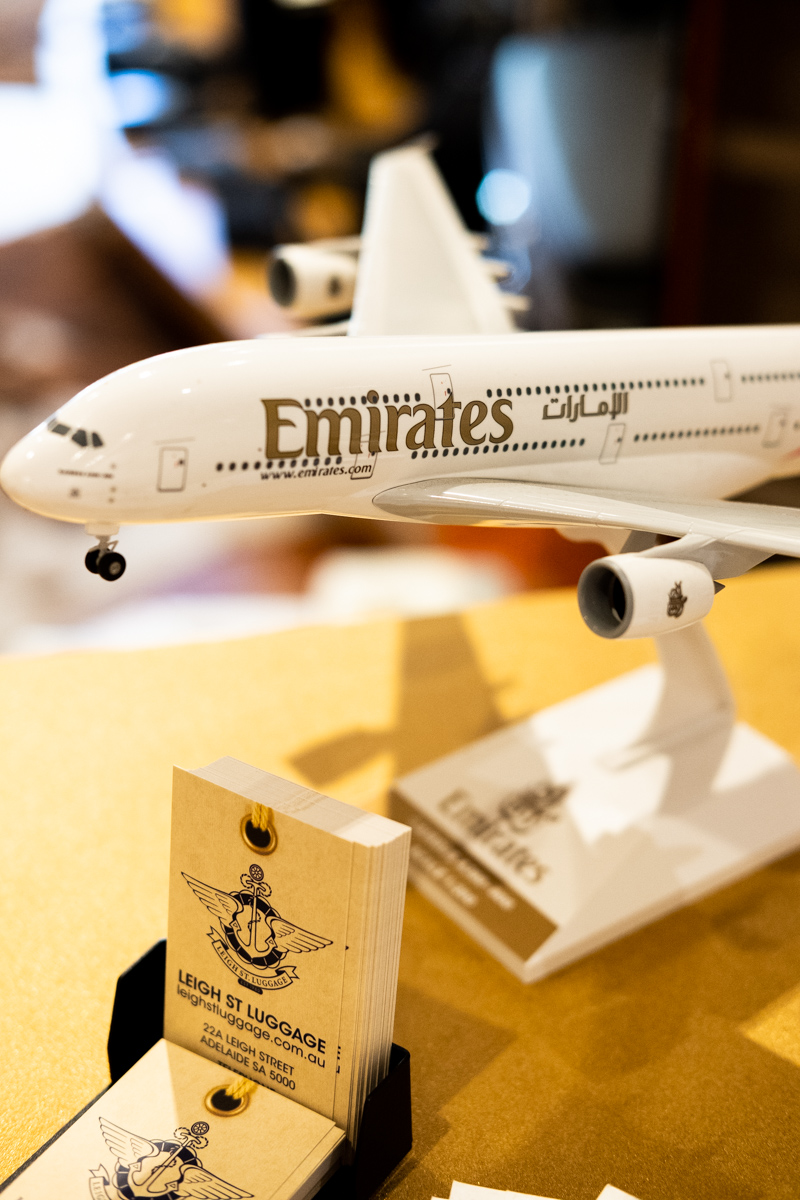 In the years between being a stewardess and a businesswoman, Julie travelled.

After leaving Ansett in the 1970s she flew to London and worked there at the Australian Embassy.

Iceland was soon after that, where she packed fish to earn money to continue her travels. She returned to Australia in 1977. She opened the store in 1980.

A keen painter, Julie attended the Adelaide Central School of Art 10 years ago to tighten her skills with a paint brush.

Some of her works have been on display in her shop. “You never think that you’re good enough with art so you just keep practising and learning and gathering information from other people.”

“The shop really provided me with the artistic outlet because I was always doing displays and I’ve always taken great pride in how I display my windows.”

Inside the store has also been something of an unofficial museum and tribute to travel. Customers often give Julie their old luggage, sharing sentimental stories.

“I have always made it my job to listen to the incredible stories behind the well-travelled bags from another era,” she says.

“It has also made me realise that buying a new piece of luggage or bag has to be a considered purchase, one someone makes for their own special reason.

“They’ve either saved up their money, are going on holiday’s, they might have a big job that they’ve got.

“So at the end of the day, I feel like I’ve added something special to their trip.”