There’s a tendency in Adelaide to assign everything a buzzword. Vibrancy (for laneways and bars), festival (for literally any event) and innovation for everything else.

And while there is a place for that (bees are dying in record numbers, someone has to create buzz), it starts to feel more than a little bit empty; the words start to lose their buzz. This is no more apparent than in the retail market where local businesses, artists and makers are increasingly forced towards a constant state of reinvention as they try to find their feet in a digital economy.

But as those whose pop-up finds the momentum to become a permanent brick and mortar concern, there are even more challenges to face – including high expenses and, quite often, confusion.

Rachel Kidwell is streamlining the process with her new start-up TCPinpoint, a cloud-based collaboration and project management platform that brings all of the different stakeholders in developing a retail tenancy into one place.

It’s an idea borne out of her longstanding frustrations after a decade of working as a tenancy coordinator. 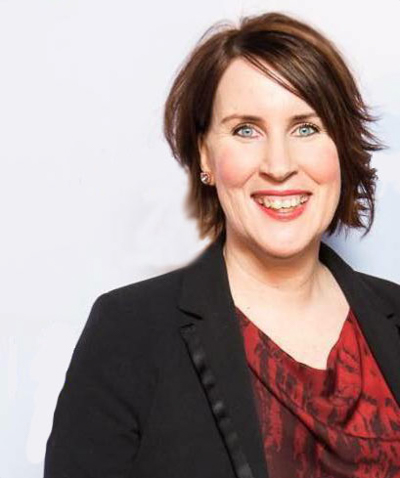 “I opened the Brickworks market place with Woolworths in 2015 and then the Playford Town Centre with them later that year,” says Rachel.

“They were such big projects and everything was done manually and there’s so much data to it … so many different timelines that people are working to and if you don’t have that really effective tenancy coordinator sitting in the middle, which can also add another layer of expense to your projects, that’s where the delays happen and money is lost.”

Like all good and (cringe) innovative business ideas, it has a simplicity that begs the question of why no one had thought of this sooner.

“Anywhere up to 15 separate consultants can be involved in the opening of any one store,” says Rachel.

While genius in its simplicity, starting a business is – at best – tricky. However, the spirit of collaboration that is at the heart of the project concept has also permeated all levels of the development of the TCPinpoint business, and has allowed Rachel and her team to quickly overcome some key challenges.

“It’s all about putting yourself in the right environment and networking so that you can find the right answers when you need them,” she says.

“Funding is always an issue with any start-up … It’s a huge undertaking. We’re doing a million things at once, but all of the roadblocks we’ve faced would’ve been worse if I hadn’t surrounded myself with the right people to guide me in those early stages.”

A capital injection of $50,000 from the Venture Catalyst Program has also been key to the business’ progress, and now – although TCPinpoint has only recently officially launched – Rachel is setting her ambition high by looking globally.

“You have to back yourself,” she says. “And, you know, we’re human and we have our doubts and life happens around us but it’s about prioritising and not getting overwhelmed and not giving up.

“You’ve got to pivot and change if that’s what your customers are telling you, but you need to back yourself and have a really deep understanding of the market.”

And it’s clear when speaking to Rachel that she uses buzzwords too. They’re inescapable. But they don’t sound empty when she says them, they sound like they’re building up to something special and important and necessary. It’s almost as if she’s giving them their buzz back.