Despite having started her practice three years ago, Ayesha Aggarwal has only been selling her work for a little over a year. But in that time she has achieved a lot. 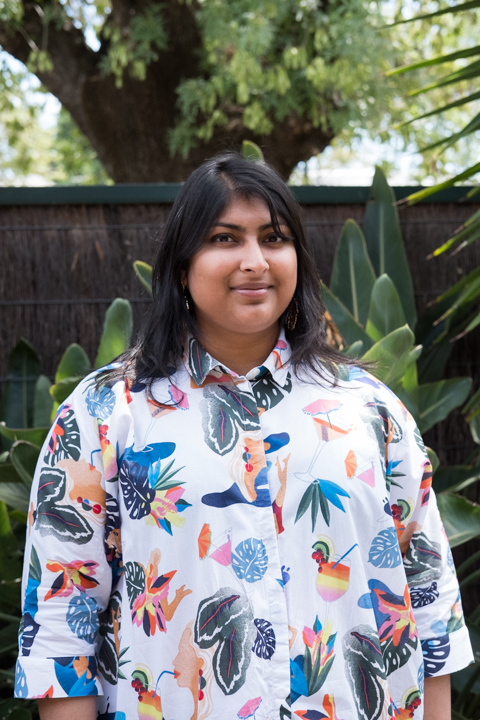 As well as launching her website, Ayesha has begun to sell her work through Urban Cow Studio, E for Ethel, small markets around the city, and occasionally through Instagram (where her very first sales were made). She’s also about to take part in the Christmas Exhibition at Art Images Gallery this November and December.

But, despite always being in search of a fulfilling creative outlet, it wasn’t always pottery that drew her attention.

“I always wanted to do something creative for work, but never really thought I could do it. I tried embroidery – I got really obsessed with Bill Murray and used to just embroider Bill Murray on things all the time,” says Ayesha.

“The house is full of crap that I’ve made.” 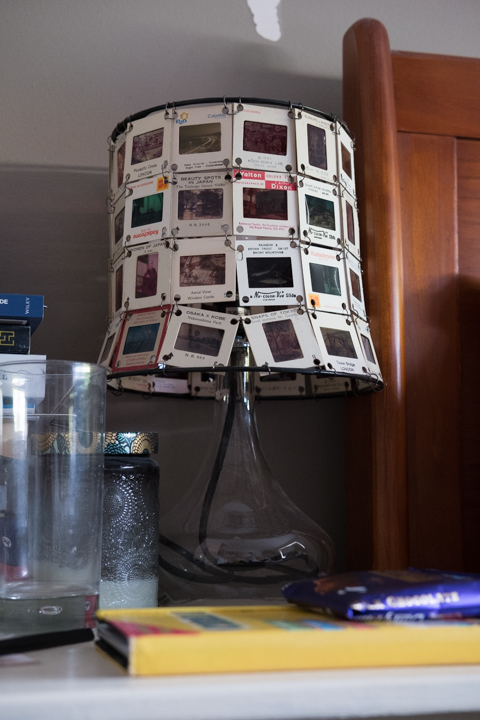 One of Ayesha’s past creative endeavours: a lamp shade made of film.

After years spent in professions across the arts spectrum, Ayesha decided to put her happiness first.

“I started doing night classes at TafeSA, and I made sure I had a day a week to be creative and just to get back into it. I was feeling disconnected to it,” she says.

But, initially, pursuing pottery proved to be less than fruitful.

“I always kind of thought pottery would be great, but I was really, really bad at it, like really bad at it. I don’t know why I kept going back. Then something happened and I was less bad, and I was like ‘oh this is the best thing ever.’

“Maybe one day I made a piece that I actually liked, and that pushed me to go from this is a thing that I want to do to ‘oh, I really like doing this, I can achieve a thing that is actually kind of interesting.'”

And, from there, she’s yet to stop.

Transitioning her hobby to a business is something she had always hoped for, but could never justify with her past creative endeavours.

“I didn’t know how to sell the embroidery to someone else without it being useful somehow. Something about pottery… I guess being functional could be the difference. If someone could use it, that somehow makes it worth the money,” says Ayesha.

When function, form, and the happiness of the maker all come together, good things happen. Oh, and Ayesha, we’ll take a Bill Murray ceramic mug please.