A new business that strengthens Adelaide's credentials both as a city of startups and a viable manufacturing hub. 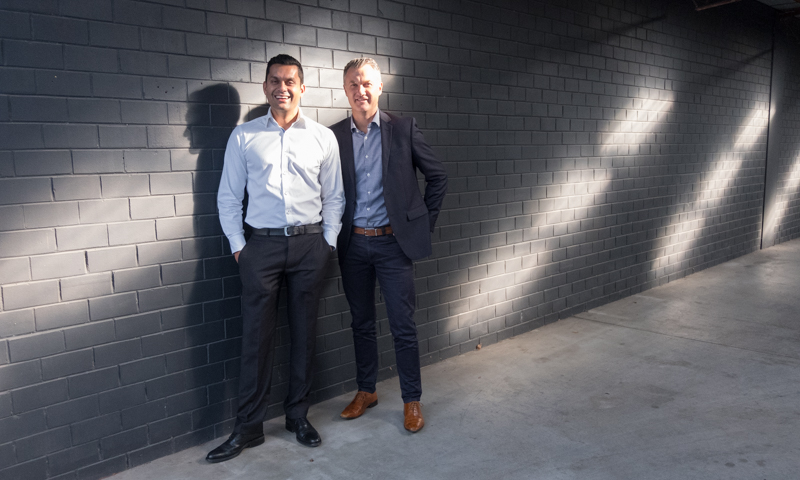 What Ailytic – a new Adelaide-based startup – does is complicated.

The simplest explanation is the company has developed software that uses artificial intelligence to help manufacturing businesses schedule their operations to be as efficient as possible.

“You have a whole bunch of equipment that can do different things – what exactly you should get those machines to do at different times is a very complicated and difficult problem,” says Ailytic co-founder and CTO Arvind Mohais.

“You can approach that in many ways. You can try to get a complicated mathematical model and crunch numbers and come up with a perfect answer, but you’ll struggle because the problem is so complex – even the most advanced mathematics would not be able to deal with it in a reasonable period of time.

“So, we then switch to alternate approaches, which is the sort of nature-inspired approaches. One of those looks at the behaviour of swarm-like species in nature – say birds, or bees. They all have very simple behaviours, but all of those simple behaviours acting together give you far more intelligent results than you’d just be able to achieve from one of them.

“So take that inspiration, put it into an abstract form, and then say how can we get that to work for us in a human problem – like in a factory? That’s one of the things we have in our toolkit that we use. It’s one facet of artificial intelligence that we use.”

While the actual product offered by Ailytic might seem complex, the indicators of their early success are startlingly simple.

“We don’t subscribe to the doom and gloom.” – James Balzary

After less than a year in existence, the business – which Arvind developed in partnership with now-CEO James Balzary after the pair were employed together at a large company – has experienced exponential growth.

“We’ve only just started embarking on first projects. And our first client in earnest is Tasman Sinkware – the last kitchen sink manufacturer in Australia. They’re at Regency Park.

“And we have existing engagements with the big wine companies to support custom systems they already had – Accolade Wines, and Pernod Ricard, and Viterra Glencore.”

This early success was funded initially out of James and Arvind’s pockets, and then supported by a commercialisation grant as part of the Australian Government’s Entrepreneurs’ Programme.

Most recently, Ailytic was also awarded $218,000 from the South Australian Early Commercialisation Fund grant program, which is part of the State Government’s innovation initiative administered by TechInSA.

The innovation recognised and supported by this funding is not so much Ailytic’s creation of a whole new method for dealing with manufacturing scheduling, but instead the company’s development of a way to bring this kind of optimisation to a new tier of businesses – small-to-medium manufacturing concerns.

“Disruption is really driving this stuff down to smaller and smaller companies,” says James. “It’s becoming more ubiquitous, more available, the subscription economy is here which is then allowing these companies to jump on board and amortise the cost of this technology over the lifecycle of a project.”

Servicing this segment of the market is particularly pertinent in the South Australian economy, which is composed largely of smaller entities.

James and Arvind’s technology offers a new chance for these businesses to be competitive in an increasingly globalised market with ever-shrinking profit margins.

“We’ve just seen the fifth month of positive growth in manufacturing in Australia so we don’t subscribe to the doom and gloom,” says James.

“But we do heavily subscribe to the idea that these businesses need to get on a digitisation journey. If they’re in a competitive landscape and they’re not looking at efficiencies around technology they’re going to fail eventually.”

And while they’re providing support to South Australia’s ailing manufacturing sector, James and Arvind are also directly growing the state’s economy through their enthusiasm for keeping their own business local even as they take their product to the globe.

“The world is a pretty small place and from a software perspective you can go global very quickly, but we do want to hire most of our talent in South Australia, we want to be a South Australian company,” says James.

“We feel really well supported, and SA is a great place to do business.”