Frank the barber celebrates 59 years in the East End

The irrefutable contribution of a humble man is cause to celebrate. 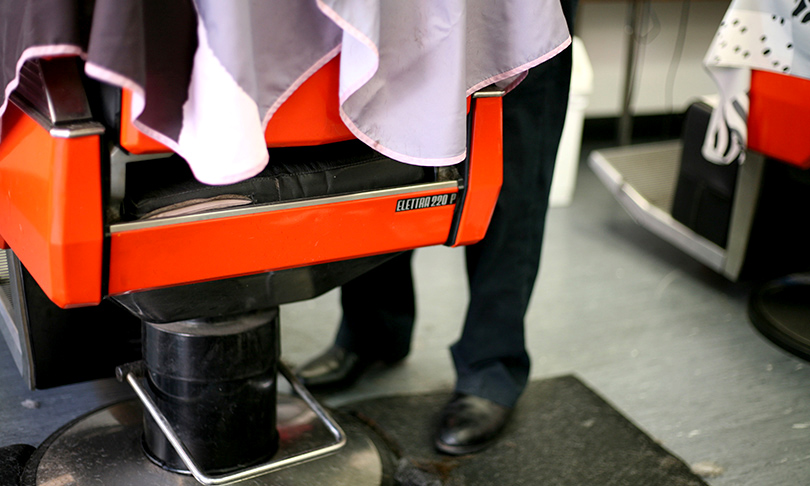 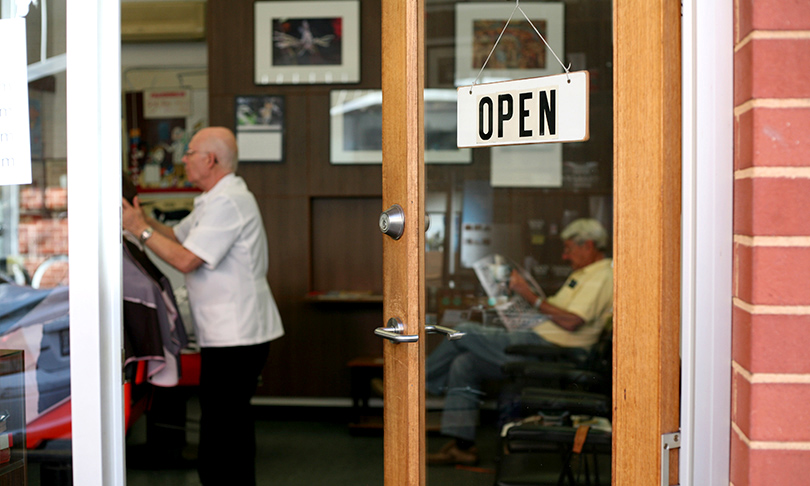 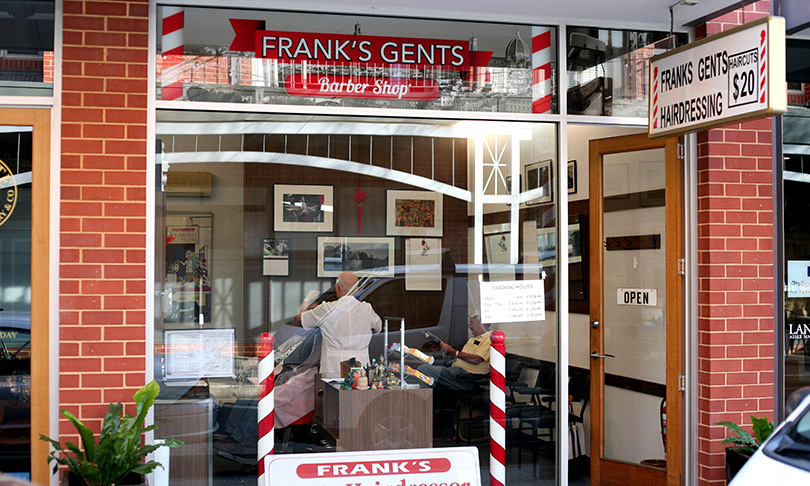 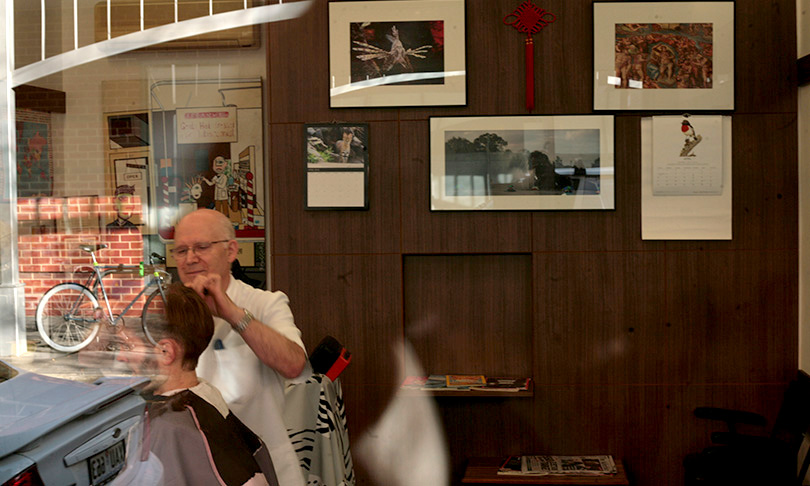 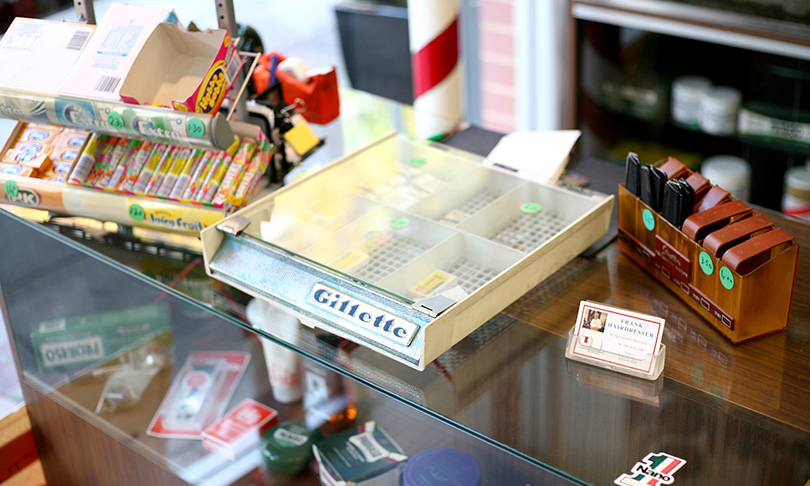 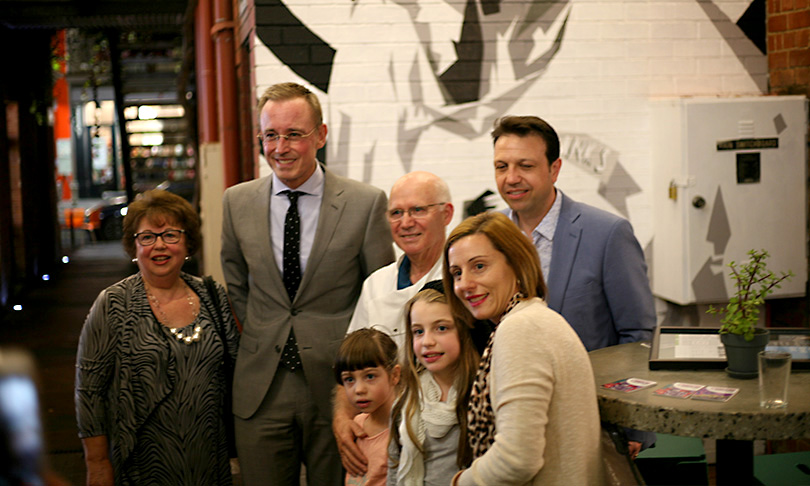 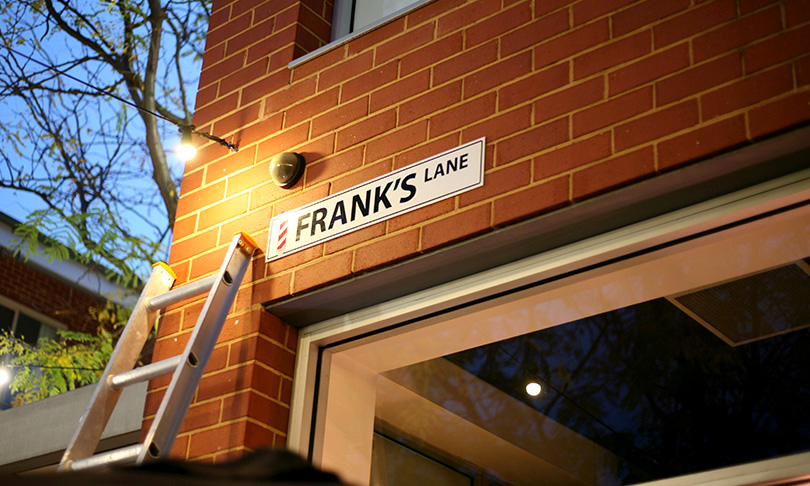 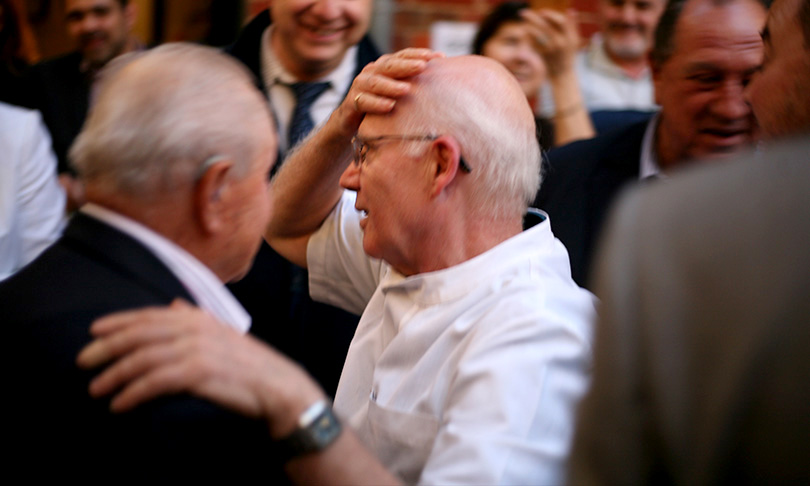 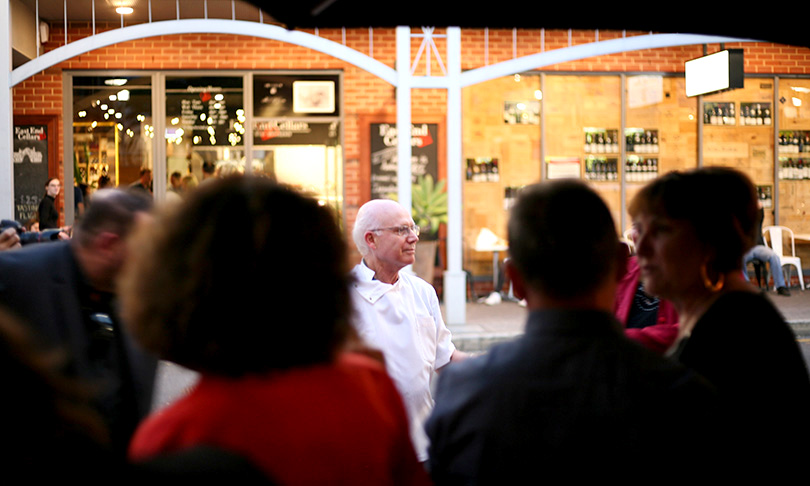 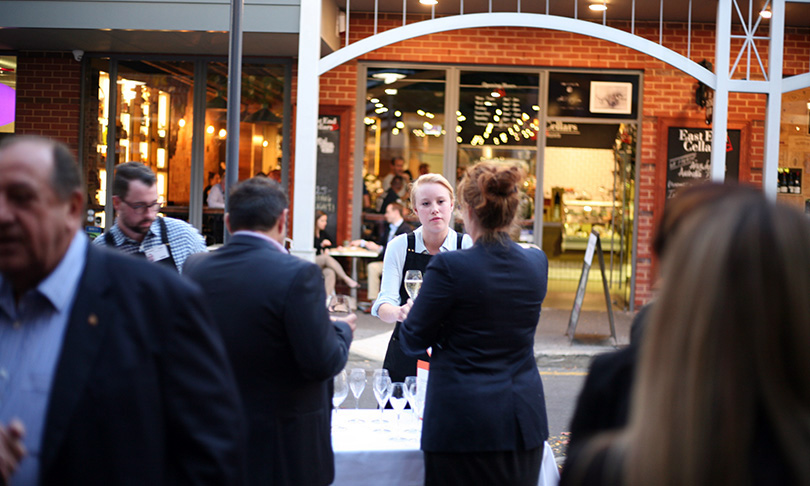 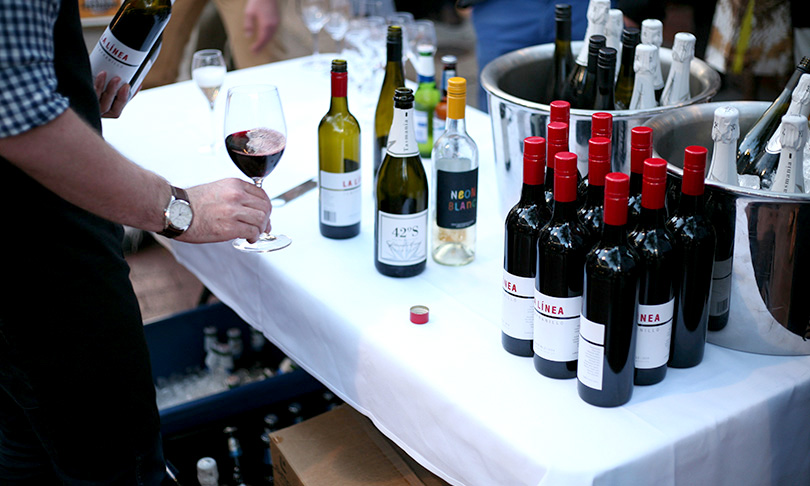 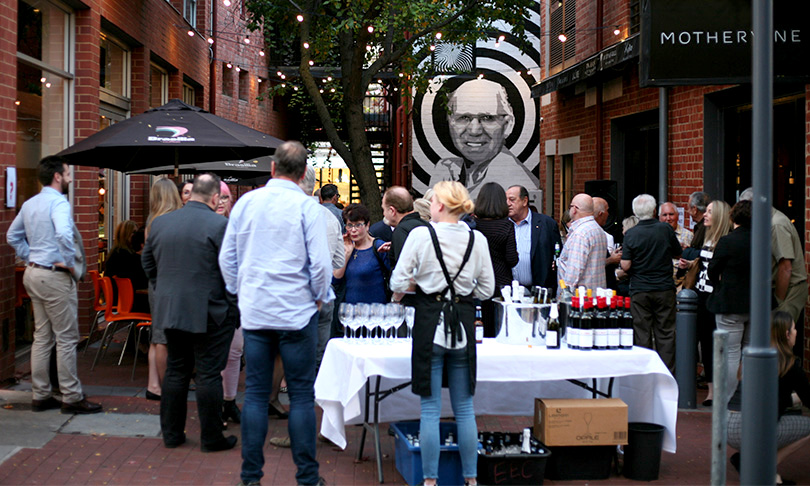 “It’s been a journey in this area, from the time I started until now, a journey of learning,” says Frank Vaiana of the small business on Vardon Avenue – Frank Hairdresser.

“Learning indirectly from a lot of different people, in every field, and everyone has a different experience of life,” he says while shooting a couple of fine mists of water over the head in front of him and letting the beauty of that perspective come to rest on us as gently as the mist.

This week Frank’s landlord—Maras Group—organised a surprise party for Frank in honour of his long tenure in the East End.

“60 years would have been too predictable,” says CEO of Maras Group, Steve Maras.

Steve and father Theo are some of Adelaide’s most vociferous landlords and their revitalisation and development of Rundle Street East in the late 90s is an example of the impact private investment can have on a city as heritage buildings were brought back to life and new tenancies created in the back blocks, once home of the Adelaide Fruit and Produce Markets.

Steve and Theo have been vibrating long in advance of hashtags or liquor licensing reform.

But Frank – Frank’s been a vibrant member of the East End for longer than anyone.

“Frank is everything the East End is about,” says Steve. “He’s an authentic and original character from an era—an era we’ve sadly lost—but he is also the key to the door that takes us back there and keeps us connected to what’s unique about this part of our city.”

Frank’s seen change. In the six decades of trade it’s fair to say that Frank’s changed too.

His first shop was on East Terrace—opened in 1957. He’s then moved three or more times since, taking up tenancies in different locations along Rundle Street before finding his nook of the last 18 years on Vardon Avenue.

At a surprise party on Monday evening Frank was the guest of honour as director of Adelaide Fringe Festival, Heather Croall spoke about the two-storey mural commissioned as part of the recent festival. The artist Nick Philips was there to explain the process of painting Frank and the Lord Mayor, Martin Haese surprised us with the unveiling and naming of the laneway adjacent Cocolat and Mothervine as Frank’s Lane.

Steve recounts the look of joy and mock-horror on Frank’s face as he rounded the corner and discovered close to 100 of Frank’s family, friends and customers gathered to celebrate his special contribution to the community.

Back in the little barber shop on Vardon Avenue, Frank is keeping it real.

The day after his party and he’s open at 07:45. When we arrive to steal a bit of his time he’s already got someone in the chair discussing the news of the day; Frank’s theme for this discussion and almost all ensuing conversations—common sense.

“It’s been a journey in this area, from the time I started until now, a journey of learning,” – Frank Vaina 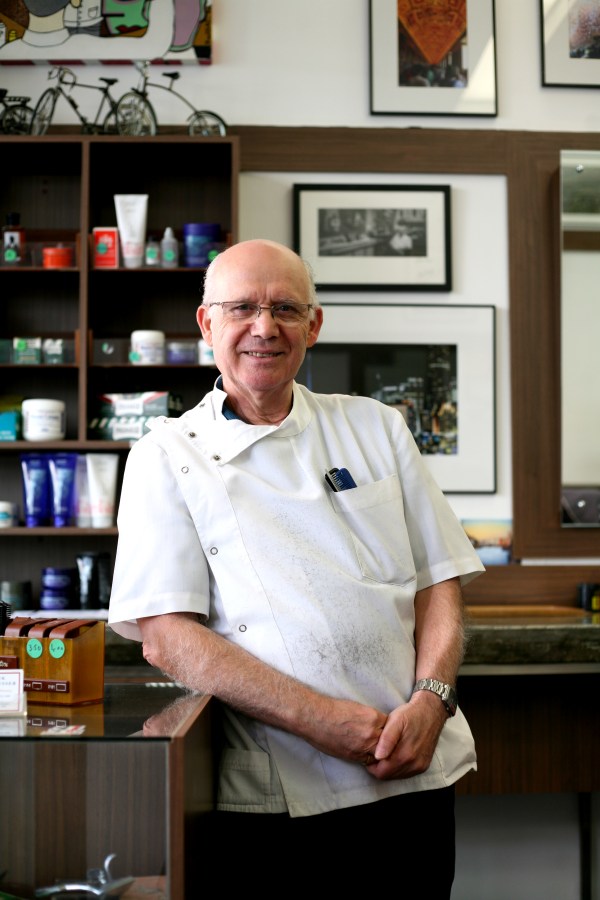 “Government and people,” says Frank. “You can’t legislate a lot of what needs to happen. You certainly shouldn’t be penalising people for driving into the city,” says Frank picking up on what CityMag suspects may be a subject of some passion for the small business owner.

“However, maybe 40 years ago you could drive into town in a certain amount of time, get a park, hop out of your car and into the shop, do your shopping, and hop back into your car… but things change. People need to use their common-sense too. Maybe you’ve got to get up half an hour earlier? Things change—believe me—I’ve seen it first hand.”

What about Frank Hairdresser though? Are there any changes on the horizon?

“A lot of people say, ‘how long you going to continue like this,’ and I say, ‘as long as my hands they stand up and I can hold a scissor in my hand and my legs are keeping me up… I’ll do it.'”

Business as usual then.