With a wink towards the classic Monopoly board game, the Mayfair Hotel at the corner of King William and Hindley Streets in Adelaide is one place you’d love to land. 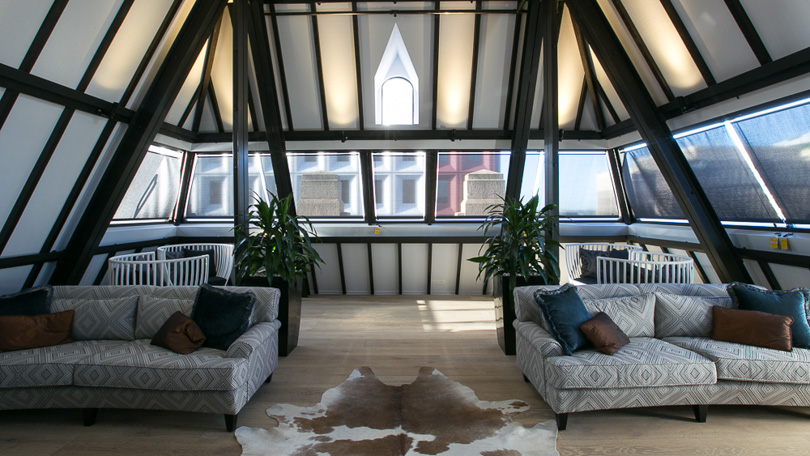 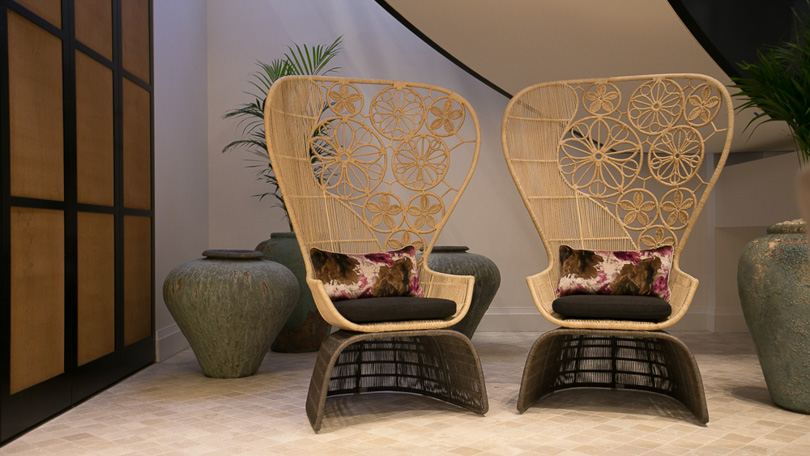 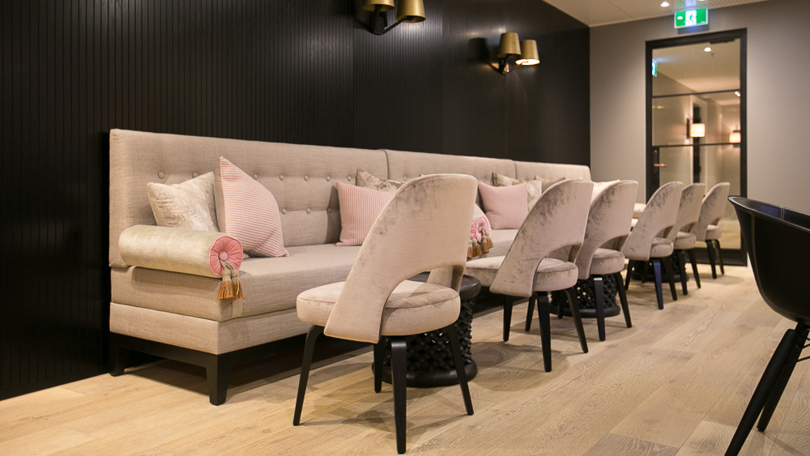 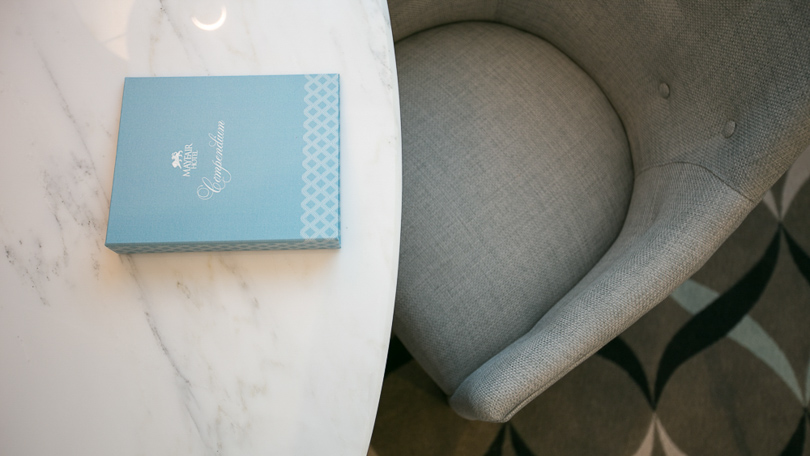 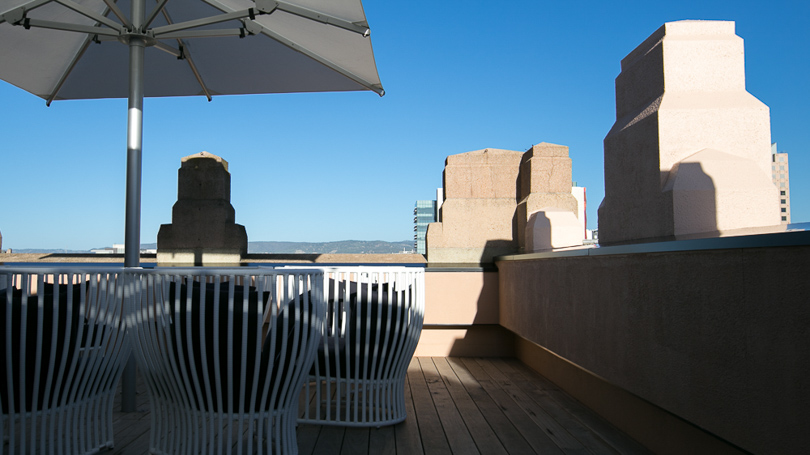 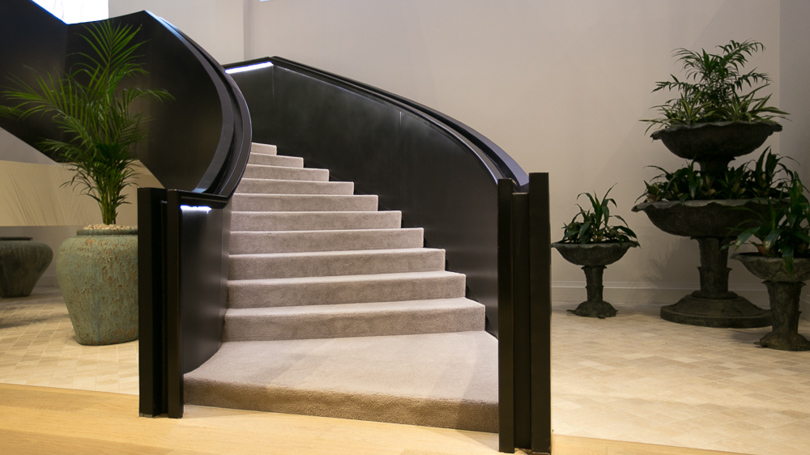 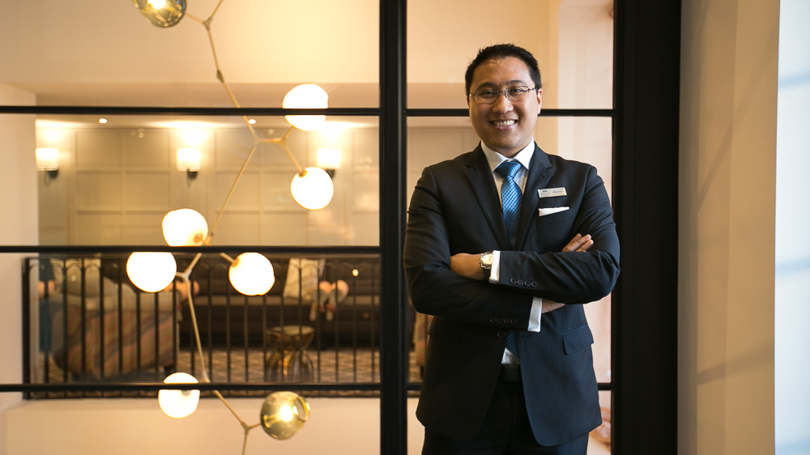 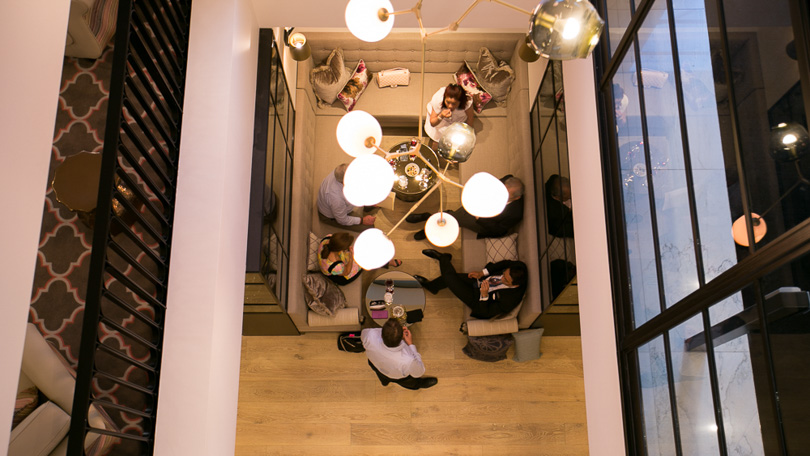 Built in 1934, the Colonial Mutual Life Assurance (CML) building has stood empty and on the cusp of dereliction for what seems like decades.

At one stage, huge silver and gold bubble graffiti letters filled the windows facing King William Street, spray-painted by vandals from the inside. It was a melancholy sight in the centre of Adelaide.

Enter Adabco Group, the Adelaide-based company which purchased the heritage-listed CML building and invested in excess of $55 million transforming it from a graffiti squat into a five star stay.

Local architects JPE oversaw the sensitive exterior work and design of the “jewel box,” the new structure built onto the hotel’s southern side. But the story of the CML’s renaissance truly unfolds once you pass beneath the gaze of the gargoyles outside and tread on the glistening white quartz tiles that lead you to reception.

The Mayfair Hotel and its General Manager Aaron Oh (above: image 07) have shaped an incredible brand for the iconic property. Interior designers Bates Smart have deftly imparted the Adabco Group’s vision and delivered a sophisticated theme throughout the asset. A subtle, textured aesthetic plays on every surface from the Mayflower Restaurant and Bar in the basement up to the exclusive rooftop retreat.

At every stage the Mayfair has paid tribute to its location and heritage, using local suppliers like Adelaide Marble for its concierge desks and guestroom tabletops. Each of the 170 beds are custom-made and built in Adelaide as are the cabinets and closets in every room.

Most touching, perhaps, is the Hennessy Bar on the top floor. Named for the original architects, Hennessey & Hennessey (the father and son duo who designed the Colonial Mutual Life Assurance building), the exclusive retreat is the hotel’s most iconic space.

Built into the existing rooftop structure the Hennessy Bar is unlike any venue CityMag has visited. Accessible only by those guests who book a room on the “executive levels,” the space consists of a light-filled room for breakfast, a comfortable lounge to skim the morning’s papers and a quaint little terrace on the roof for afternoon aperitifs and views that take in Town Hall’s Clock Tower and fellow rooftop comrade 2KW.

Coming online immediately prior to Adelaide’s peak tourism season, CityMag has no doubt this five star boutique hotel will fill up quickly and, to our minds, open the next chapter in Hindley Street and the WestEnd’s revival.