Now you can buy a pair of boardshorts made from eight plastic bottles in a suburban backyard concept store. If there's a more 2019 story – we're yet to find it. 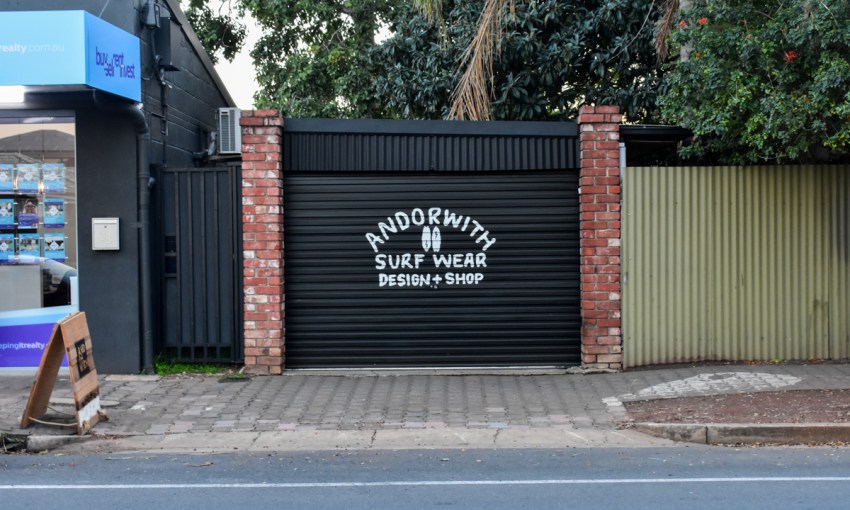 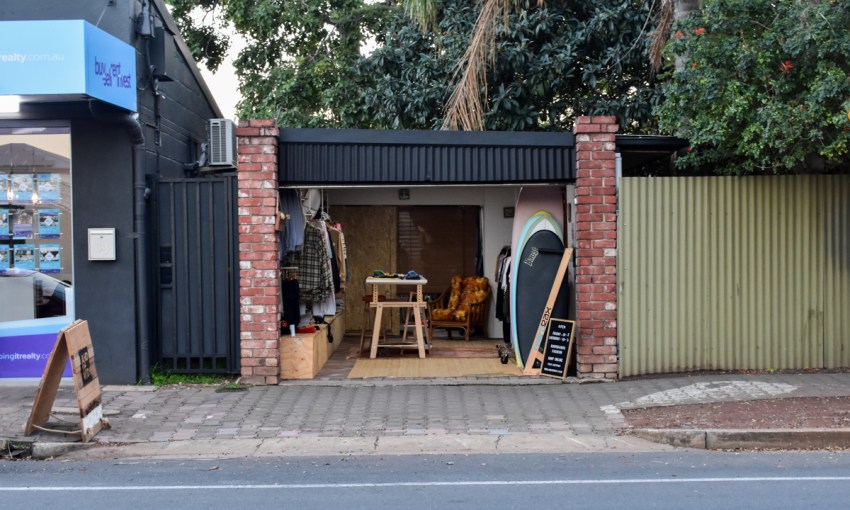 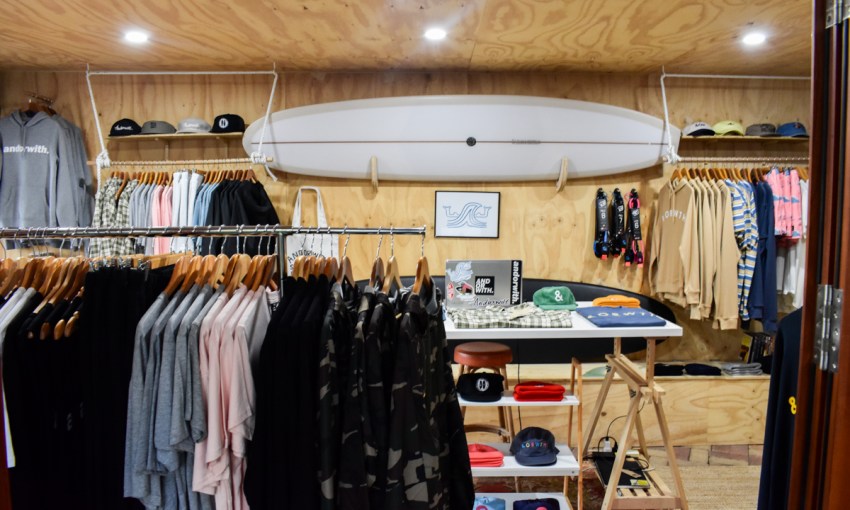 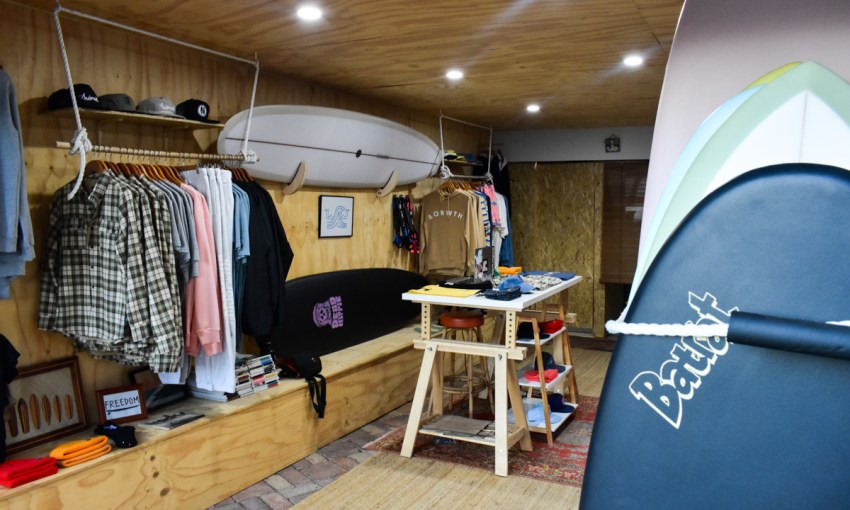 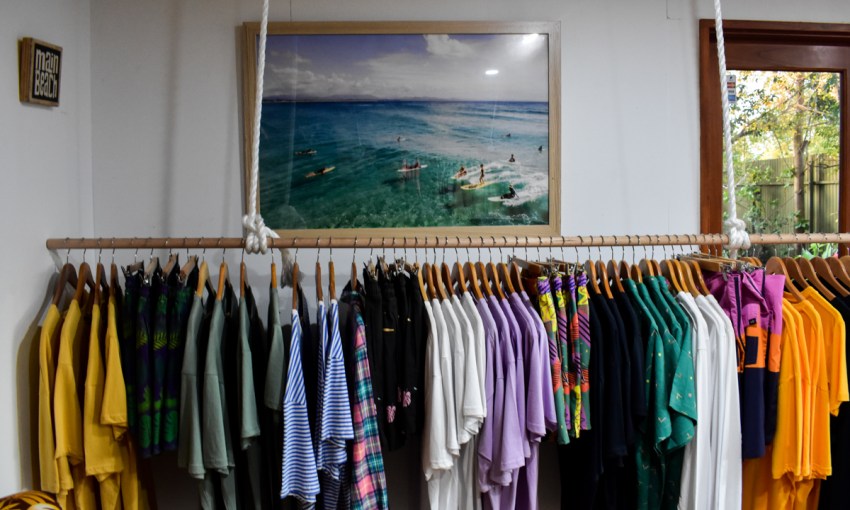 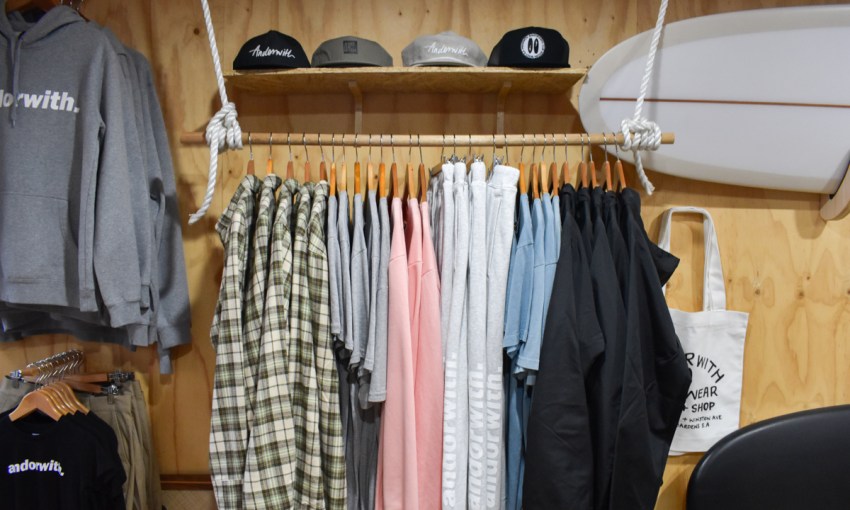 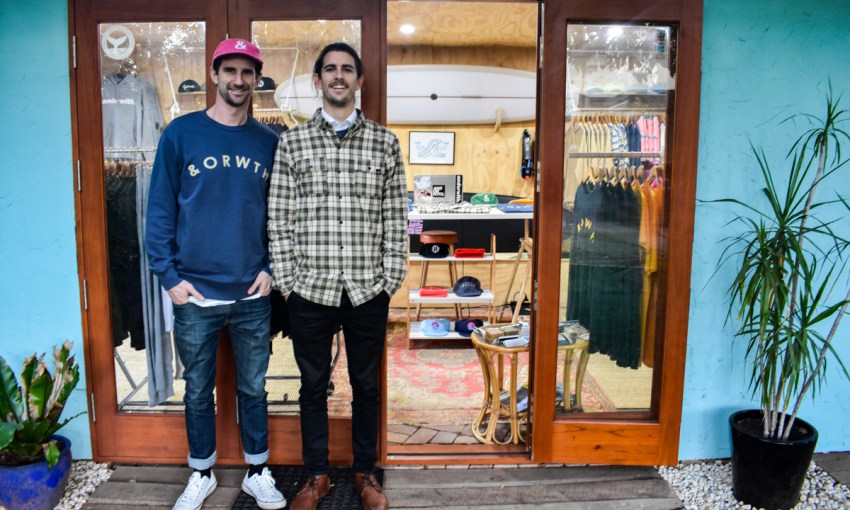 What originally began as a creative outlet for Andorwith’s co-founders, Daniel and Dominic Smith, has transpired into a clothing business with purpose that has been running for a decade.

“I [initially] came to Dominic with a very rough business plan and told him I want to start a fashion brand and this is the idea behind it,” Daniel says.

“Our first lot was sold from the back of my car at uni, opening the boot and saying ‘Hey, who wants a t-shirt?”

The duo were raised in a family of eight children and holidayed every summer in the coastal town of Goolwa. The pair did a lot of growing up on the south coast.

“We never set out to be an actual surf brand, it just evolved,” Daniel says.

“That came about because we both surf and we’ve always been around the beach because our old man started surfing at a very young age and that has been passed on to us and all our family.” 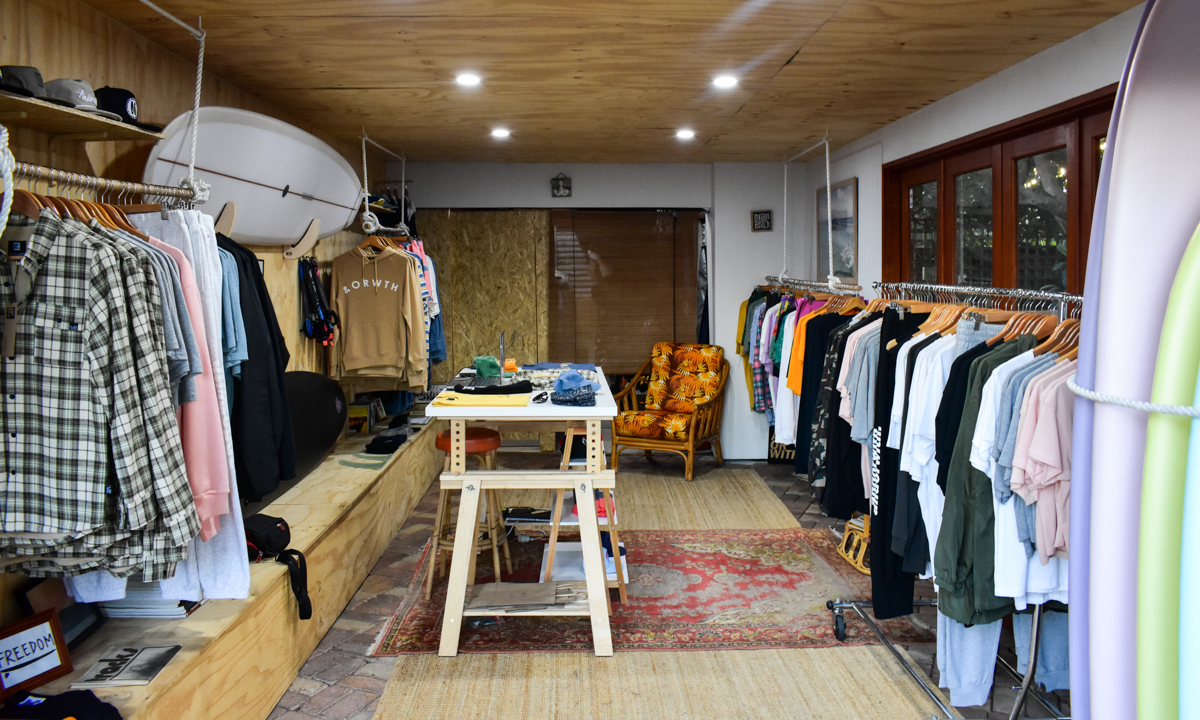 In English, the words ‘and’ ‘or’ and ‘with’ are used to connect sentences together. For Daniel and Dominic, the name Andorwith carries a deeper sentiment – it represents their family, along with their shared values of togetherness and coexistence among people from all walks of life and the environment.

Coinciding with this, some of Andorwith’s products feature short and sharp statements as a prompt for customers and the wider public to think about important social issues.

“The same time Daniel was studying architecture, I was studying Aboriginal history and arts and learning a lot about Australian history and I was really getting frustrated with the political climate at the time,” Dominic says.

“When Daniel came to me with the idea, I knew I could infiltrate some convenient messages that needed to be put out there, but in a subliminal way where people would wear a t-shirt and not realise that they were protesting, really. And that’s carried through into the surf stuff, so most ranges we release there’s always one or two that have a hidden message.”

Daniel and Dominic’s range of sustainably made boardshorts continue their altruistic mission. Each pair of boardshorts is made from eight, post-consumer plastic bottles that the brothers say would normally end up in landfill or the ocean.

These suburban entrepreneurs have an appreciation for how harmful the fashion industry can be on the environment. For Daniel and Dominic, this brand and their business is a way for them to connect their passion for surf and beach culture with a strong message and business model based on the principles of economic and ecological sustainability.

“We really need to start thinking about some of the lifelong effects of different materials and how we in fashion can create a circular industry where we make something but it can be recycled or reused,” Daniel says.

The Smiths’ shack-like shopfront sits inside the revamped garage at Daniel’s home in Clarence Gardens – an echo of the business’ beginnings selling t-shirts from the boot of a car.

The space embraces the modern minimalistic style trend with minimal furniture, clean lines, and colour coordinated finishes that give a beachside aesthetic and ambiance.  To us, the Andorwith concept store in Clarence Gardens has an atmosphere reminiscent of the 1990s cult film Wayne’s World, but in place of a TV studio, we have a grassroots fashion store.

“We wanted it plain inside so that the colours of our clothing would really stand out, hence the natural materials of the plywood and the white walls,” Daniel says.

“During Spring and Summer, we extend the shop into the garden and have surf boards out on the outer wall and have a couple of racks on the artificial grass and really encourage people to [embrace] that there’s literally a surf shop in a backyard.”

You’ll find the brothers’ locally printed threads as well as surfboards and other accessories whenever the garage door is up at their homely Winston Avenue store. Drop by and have a gander, support ethical and shop local.

And if you can’t find Clarence Gardens on Google Maps, Andorwith’s full range is available online.