In an age where traditional business models are constantly being disrupted, Alpha Box & Dice's expanding enterprise shows that you can be a successful wine business in 2020 without decades of history behind you.

We cherish our family businesses in South Australia in a way that seems to suggest you’ve got to be around for 100 years before anyone in this state will take you seriously.

Sometimes Always is a bottle shop from the Alpha Box & Dice team. The online store will launch in April 2020, with the bricks-and-mortar opening at a later date.

Clutching a Coopers beer on a hot day or scoffing Haigh’s chocolates during the Christmas period has become a ritual, an engrained component of many South Australian’s cultural DNA.

The name Hill Smith may not be on the front of the bottle, but it still evokes a hushed sort of reverence when uttered. The Hill Smith’s Yalumba, in the Barossa Valley, is the oldest family-owned winery in Australia and we know this because they wrote it on their website.

Tradition makes these brands influential, time makes their products iconic, and the family stuff – that makes them trustworthy.

Established in 2008, Alpha Box & Dice (AB&D) is brand new by comparison, is focused on experimentation rather than tradition, and – while he got married last year – the owner has not yet created a second generation to speak of.

And yet, AB&D is absolutely influential, iconic and every bit a family business.

Twenty-twenty marks seven years since Dylan Fairweather bought into the business, and four and a half years after he fully assumed control of the winery’s operation, with every intention of carrying on with its founder’s concept of creating an ‘alphabet of wine.’

Aside from this continued pursuit, and the humble cellar door in McLaren Vale, AB&D today is unrecognisable from the business Dylan purchased in 2013.

With nine permanent staff and growing, Dylan has just employed his wife Kirby Manning as AB&D’s internal graphic designer and snared the former head of eCommerce at Australian Fashion Labels, Jared Brown, to run the wine label’s growing interest in the digital sphere.

AB&D have stock in up to eight different warehouses around the country, and today CityMag’s meeting Dylan and the team at their facility on Gray Street in the city. 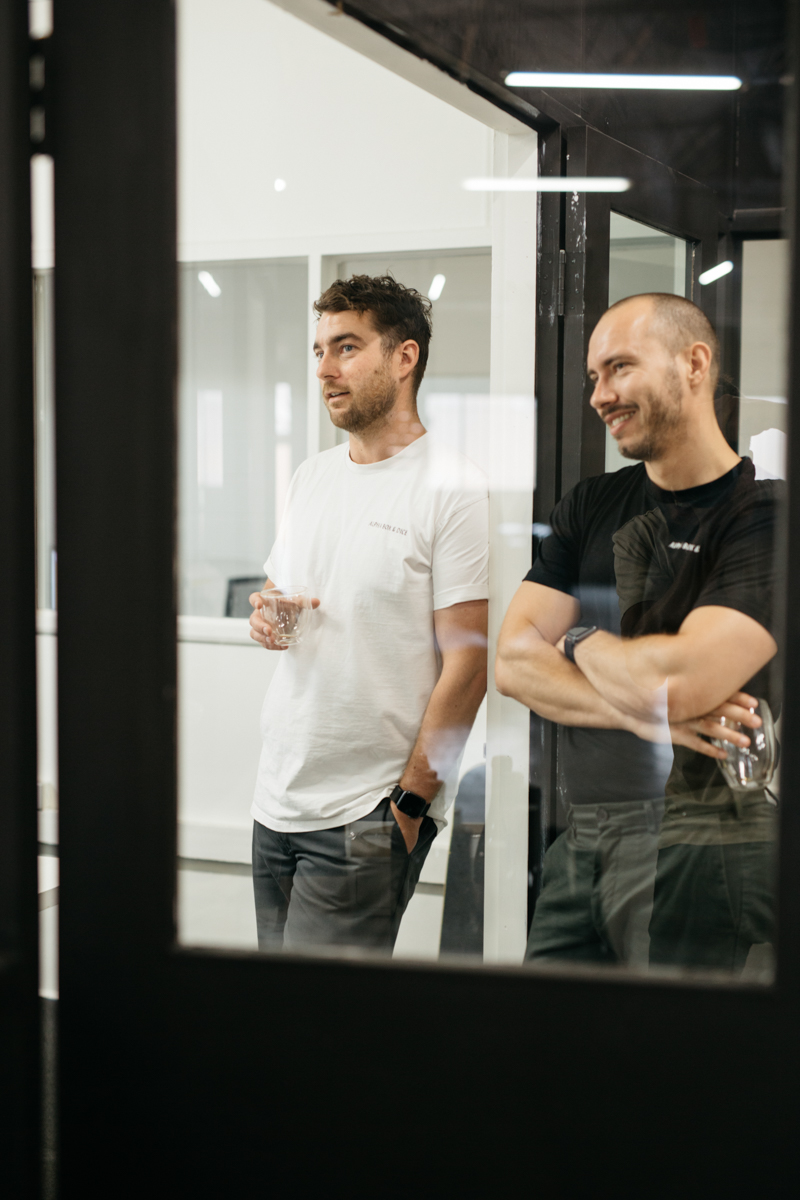 Dylan greets us with a jug of filter coffee in one hand and glass in the other. Our photographer arrived before us and is already blowing the steam off the top of his.

“We chose this spot because it was zoned ‘Capital City’,” says Dylan after he finishes showing us how the warehouse will soon be divided between storage for AB&D’s wine club orders and a new bottle shop called Sometimes Always.

‘Capital City’ zoning is the most flexible, Dylan says, and it was a mandatory requirement for any property he was going to lease in order to diversify and grow his business.

Sometimes Always won’t just be selling AB&D wines, but alcohol brands from all over the country and the world.

“The new business is about supporting the little guys – a curated selection of stuff we like as well as a special focus on new, non-alcoholic drinks,” says Dylan.

“We’ve come across so many small, independent producers,” he says while reaching into his pocket to pull out his phone.

“Because we’re overseas and we’re doing a lot of that selling ourselves in the first instance, we’re meeting some fantastic people who tell us about their projects and want to sell us stuff.”

Justin scrolls through his phone looking for an email he received this week from a man he met in British Colombia, Canada two years ago. Back then the guy had mentioned he was starting a craft brewery. The email Justin shows us is from the very same man telling Justin he’s ready to ship beer to Australia.

It’s no coincidence AB&D are about to build a bottle shop at the same time as they’re getting emails from small producers around the world looking to export their product to Australia. It might seem like a sidestep from making wine to selling craft beer from Canada, but – for Dylan – it’s just another manifestation of the company’s mission.

“Everything we do with the business is about getting as close to the customer as possible,” he says.

It’s a phrase we hear repeated throughout the day by his brother Justin, head winemaker Sam Berketa, and head of brand Lachlan Aird. Unlike the new age business mission, vision, and purpose statements we’ve heard before – this one rings true.

“The problem in the wine industry is everyone defaults to the old school setup,” says Justin.

“‘I make the wine, you’re the middle man and you sell it.’ But there’s just not enough margin to make that work anymore.”

Getting closer to the consumer in the United States meant establishing a US company – AB&D LLC – to import their own wine from Australia. This was seen as “crazy” by others in the industry, says Justin, but to he and Dylan it makes sense.

“A distributor isn’t going to stump up the cash to import a container load of wine at a time,” says Dylan. “But to make the shipping worth it, you’ve got to fill a container. So now we ship a container to ourselves, we warehouse it ourselves in the US and allow our distribution partner to draw down on it $5,000 or $10,000 lots at a time.”

AB&D’s significant and growing back-of-house team are also employed to bring the company into closer proximity with their customer. 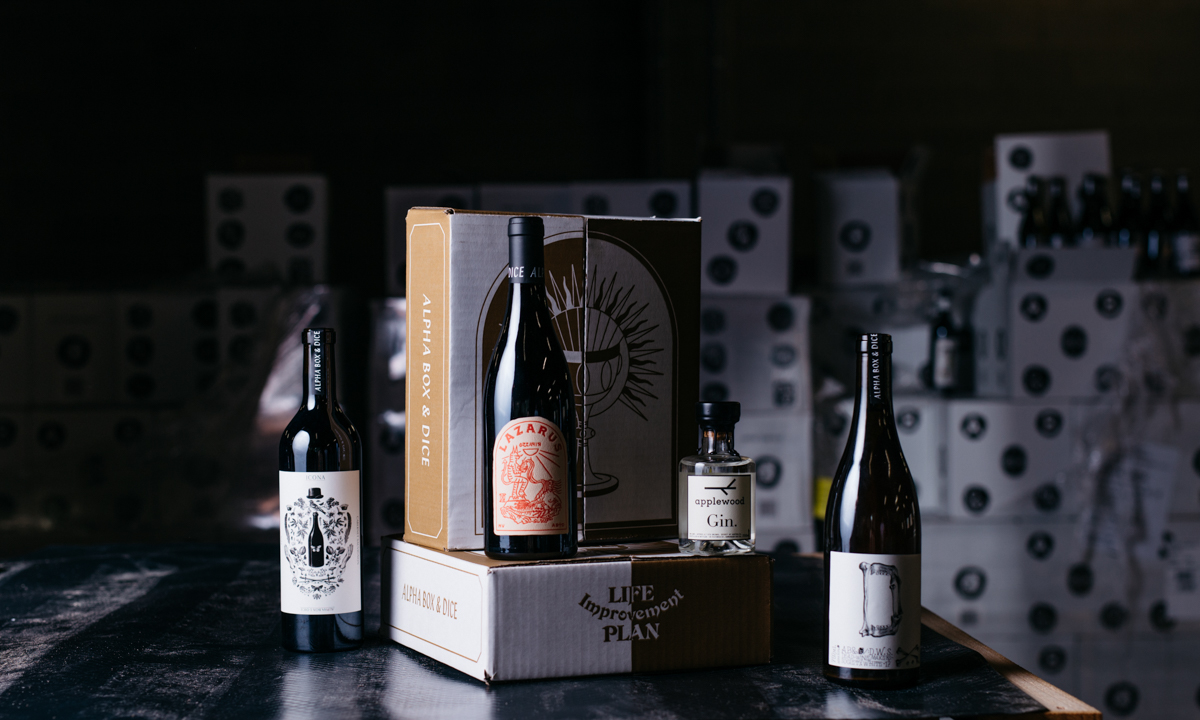 Sometimes Always will add to this offering as the bottle shop business will be fully integrated online with 500 SKUs (individual products) available to purchase with the click of a button.

“It’s not so much the cost saving of bringing creative and production in-house, but the time saving, and the ability to conceive and execute ideas and publish them online rapidly. There’s no way we could run a wine store with 500 SKUs if we didn’t have photography and design in-house.” 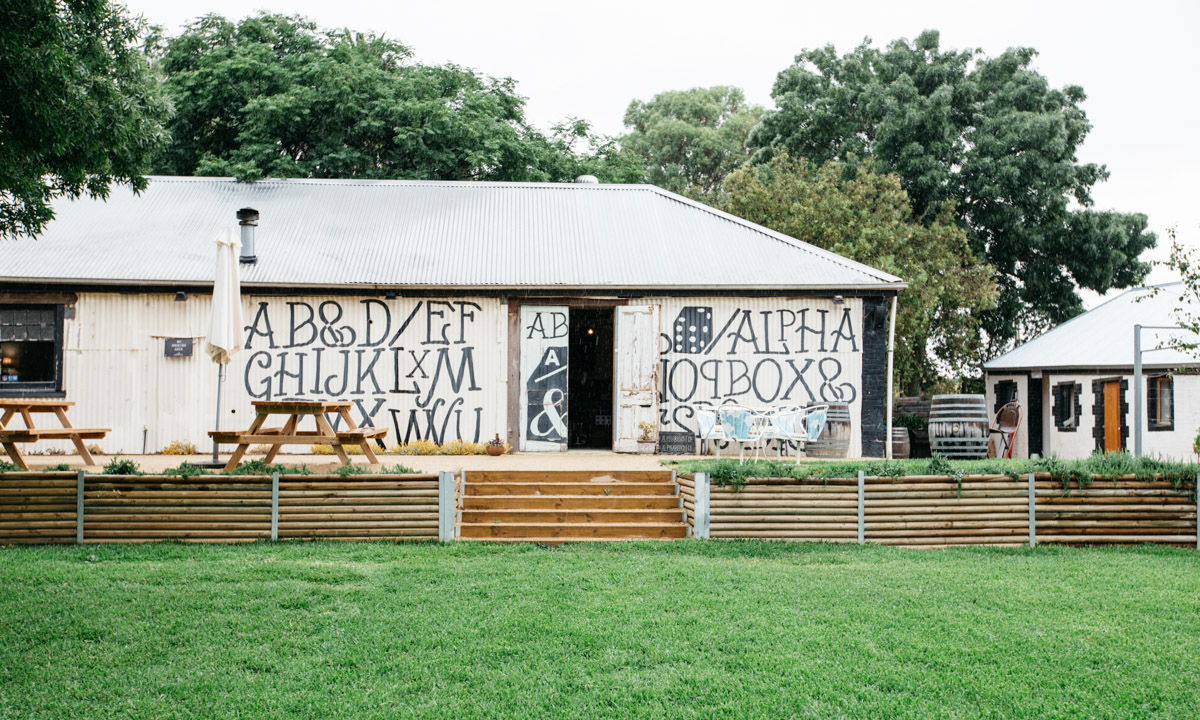 And while digital brings AB&D into direct conversation with their customers, there’s still a screen and distance between them – unlike the cellar door.

“It’s at the core of our brand still,” says Dylan about AB&D’s cellar door.

Sam Berketa turned 30 last year. He took over as head winemaker of AB&D when he was just 26 years old. Sam has added four wines to the alphabet (L, O, P, U) and at least 12 new products to AB&D’s range.

Under Sam’s stewardship, AB&D has evolved their network of growers and broadened the varieties that go into AB&D wines. In 2019 there were 37 different picks of 23 different varieties and this year he’ll add at least two new ‘letters’ to the alphabet of wine. 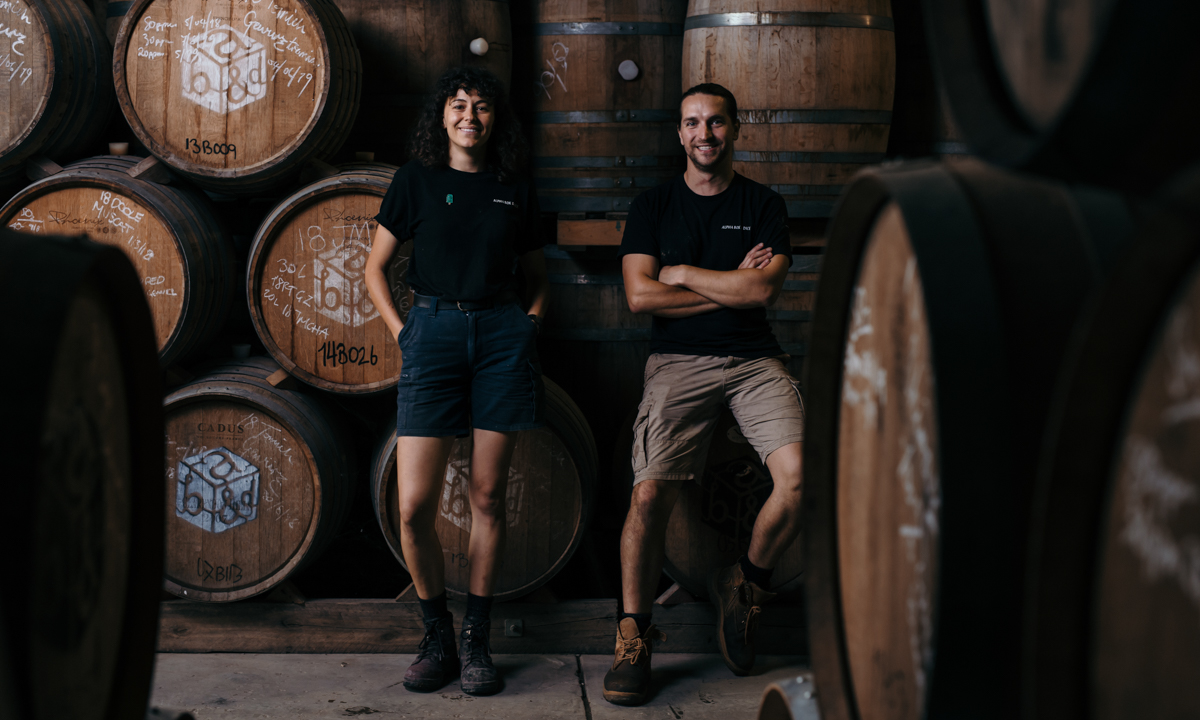 A short walk from the cellar door we discover Sam inside AB&D’s winemaking facility pulling on the crank of the basket press. We’re promised this isn’t a set up, and that Sam regularly uses the basket press for AB&D wines.

He and assistant winemaker Sarah Marrocco are currently pressing semillon grapes that have spent 300 days on skins. Sarah takes over pulling the large metal crank that squeezes the juice out of the grapes.

“We’re pressing a new wine, one we’ve never made before,” says Sam. “It’s part of our ‘super’ range,” says Sam. “It’s our Super GMF (Golden Mullet Fury). Super refers to the fact the entire process is more expensive for the winery in terms of time, fruit, and labour.”

The pressing will result in 700 bottles of wine only and Sam says he’s humbled by the idea of his work one day being opened up and enjoyed in an entirely different place.

Some of those bottles will sell 80 metres away at the cellar door, others will go to the city warehouse on Gray Street and fulfill an online order and be shipped to Parkside, while others will end up overseas.

As progressive, streamlined, and dynamic as the business Dylan and the team are forging here at AB&D, it’s still a romantic pursuit and very much a family affair.

AB&D is a lot like the show Modern Family. AB&D is a modern family business.