Developers who give a damn

The health of a city is inextricably linked to the state of its property. While a vacant lot on a prominent strip can cause consternation, a developer with intuition and creativity can reimagine the use of a heritage building and transform a neighbourhood from woe to all systems go.

The property sector has a huge influence over a community’s sense of self – its vitality can be the difference between a city in the doldrums or one on the rise.

Adelaide is currently in the early stages of a development boom. A recent graphic published by Aerometrex depicted the volume of buildings proposed, approved, and under construction in Adelaide as potentially doubling the mass of postcode 5000’s built form.

Looking west over Adelaide, highlighting Stage 01 of the Forme Projex development: Hurtle & Co. Diagonally opposite (and pictured below) is Stage 02. The solar panels on the roof generate significant power for the building’s communal consumption and help keep overheads low for owner-occupiers. 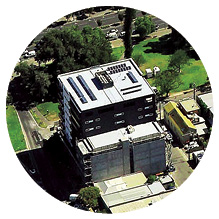 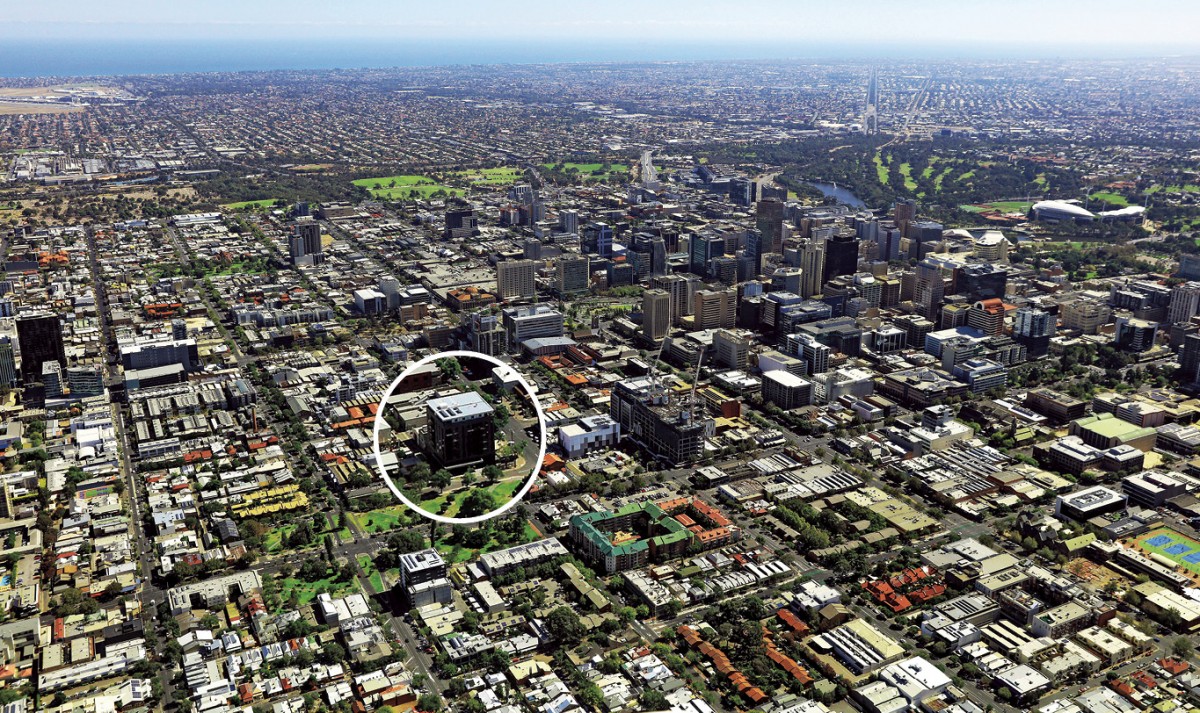 And while tension around new buildings in established communities is a given, it’s important to recognise the difference between the opportunists sitting on vacant and disintegrating properties and the developers who are actively building a better city for all.

Forme Projex — Craig Holden and Andrew Hudson created Forme Projex sometime in the late ’90s, when the opportunity to develop the Adelaide City Council’s “depot” on Halifax Street arose. The lasting impact of that project (situated around The Greek restaurant) continues to define a large portion of the city’s residential character.

Since then, Forme Projex has slowly but steadily brought owner-occupiers back into the heart of the CBD. When CityMag catches up with the pair it’s on Halifax Street – they’re back to where it all began, but now working on the second of a series of four developments they have slated for Hurtle Square.

As Andrew and Craig speak enthusiastically about the type of car-stacking system they’ve chosen for the project and the building’s floorplans, it becomes obvious how the attention to detail in this self-described “small” development company helps them to create cohesive communities.

“What’s been really interesting about this project is the number of three-bedroom apartments we’ve sold,” says Andrew. “We learnt from stage one that there was a demand for three bedrooms and so we changed the floorplans of this stage to accommodate.”

Both Craig and Andrew agree that the traditional approach to property is a numbers game. A large property development company will ask an architect to deliver them 200 apartments for a set price. The Forme model, while still keeping an eye on profitability, allows for more flexibility around market needs.

“We tend to look at diversity of the occupancy as better for the long-term growth of the values and tenure of the building,” says Andrew. “We don’t want to be corralled into monocultures, where all the sixty-year-olds live over there and then all the millenials who are in their 30s live somewhere else.”

This sense of connection to the long-term health of what they create sees Andrew and Craig take a lot of pride in their work and in being accountable.

“We attend the AGMs of our buildings, we want to know what residents are thinking,” says Craig. “If we’re going to keep building – and we are – then we need to be constantly learning and innovating and doing better by the people who are going to buy them.” 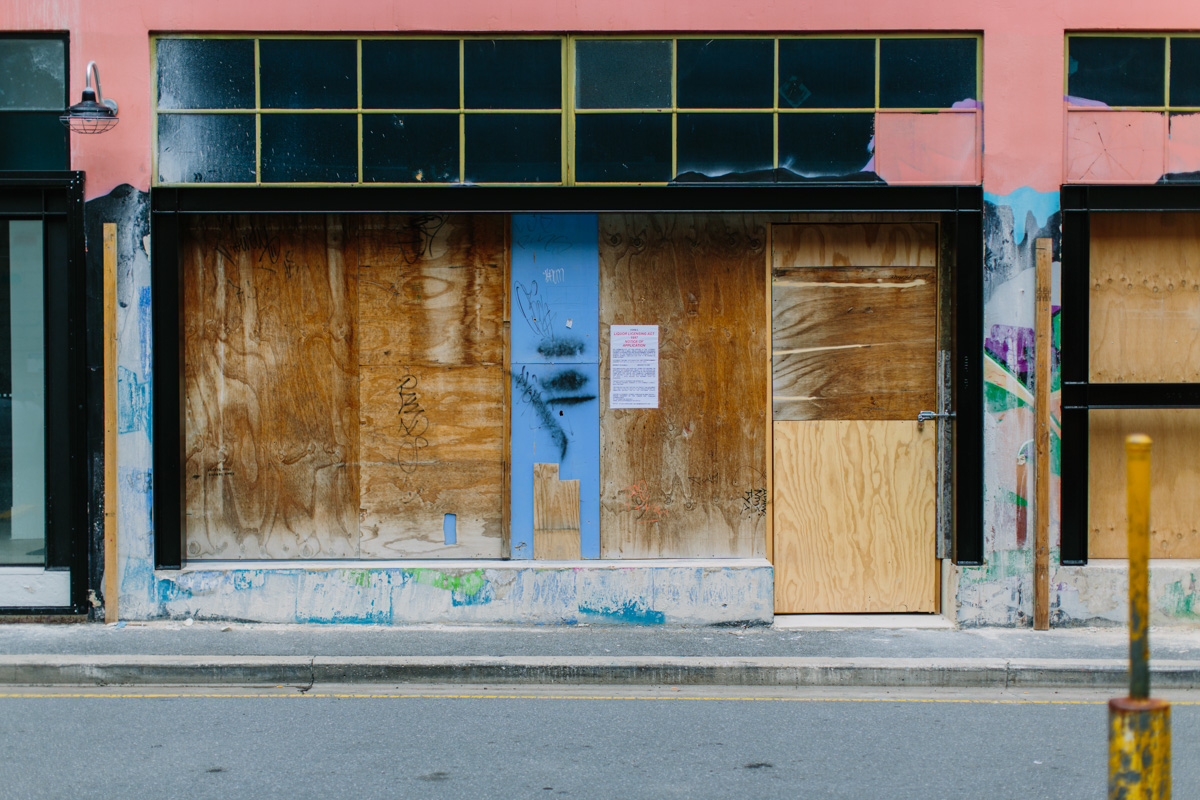 It wasn’t always sunny at Sunny’s This picture: Jessica Clark 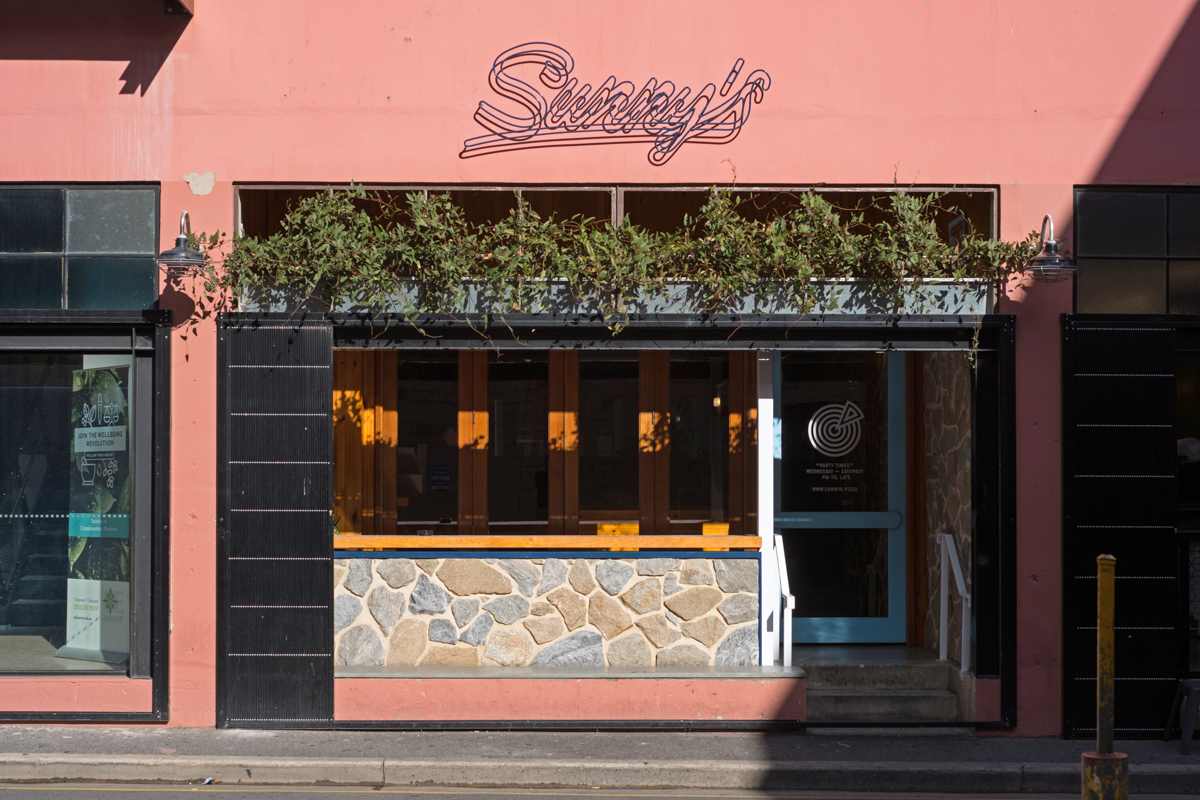 The Powerplant development took significant vision and investment from Econ Group who transformed the former carpark into a school upstairs and series of eateries below.

Econ Group — The tour starts in the Econ Group’s headquarters on Pirie Street. Since purchasing the historic Epworth Building, the company – which works across construction, architecture, and development spheres – has updated the amenities and grown a community of tenants in the small and micro businesses that occupy its many little offices.

But James Economos says he rarely calls himself a developer. He prefers ‘architect’ because he’s wary of the negative opinions that can swirl around property owners.

The Econ Group are specialists in adaptive reuse. They take buildings like Epworth and update them for the 21st Century. After leaving Epworth, James takes us on a brisk walk back in time. As we journey toward Econ’s Miller Apartments on Hindley Street, he shares his phenomenal knowledge of the many buildings we pass.

The building that houses the apartments has its own special history – it was once a thriving department store, and turning that into accommodation was a challenge.

“Most landlords wouldn’t put in the effort we do, but because we’re builders and architects – nothing really phases us,” says James.

Econ Group kept the department store’s name in their building because they see the city’s history as a valuable part of what they’re developing.

“If you understand history, it helps you come up with future uses for a building,” says James.

“You need to have a vision for your property. We have rejected so many tenants, holding out for what we want. It’s not all about the rent – it’s got to be more than that.”

This winter, James and Econ Group will put the final tenant into the Powerplant Building on Solomon Street, completing a transformation many years in the making. It was a property built by a returned ANZAC, once used as a diesel motor garage and then a car park, but now it houses a school for natural health and medicine upstairs and three owner-operated hospitality venues on the ground floor.

Maras Group — Prospect Road has changed a lot in recent years, and one of the biggest changes has its origins in the Maras Group’s purchase of an old glove manufacturing plant there 10 years ago. 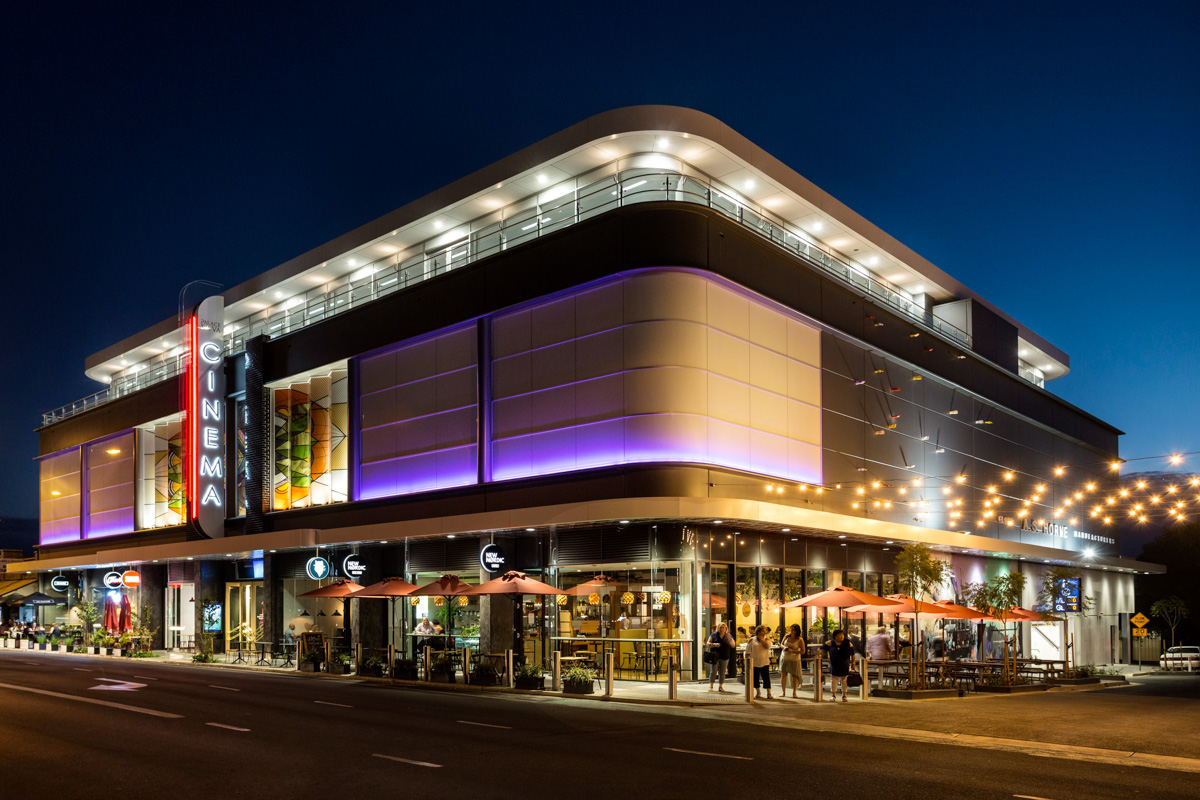 A custom-built precinct in Prospect – the Palace Nova cinemas sit neatly tucked between a rooftop office space with 360 degree views of Adelaide and a lively set of venues below.

“This project almost killed me,” says Steve Maras, managing director and CEO of Maras Group, with only a hint of melodrama.

The original vision was only two-storeys tall. But now we’re standing in a four-storey, art-deco inspried venue that incorporates five food and beverage venues, an office premises, and a 14-screen cinema complex.

“The art deco style is my favourite,” says Steve, explaining that the curves synonymous with the aesthetic don’t just mean more expensive glazing, but also more difficult engineering across the entire site thanks to the rounded edges that flow throughout the building. But Steve is adamant the pain was worth it.

“This building has got to stand the test of time,” he says. “The cinemas are doing 70 screenings a day – as many as 1,900 people can come through the building on its busiest day.”

Steve’s knowledge of the building’s tenants doesn’t stop at the cinema either.

When we pull up a stool at Anchovy Bandit – the wood-oven pizza bar with a healthy selection of whisky – one of the venue’s co-owners talks casually and openly about the week’s trade, changes they’re making, and general goings on between other tenants. Steve is genuinely interested, asking follow-up questions all the while.

We suggest Steve must be proud of this project.

“When I get excited, is when I come past this building on an evening and people are out and every shop is full with customers,” Steve says. “The atmosphere, the vibe, is as good anywhere in the world.”

This observation is an acknowledgement of something that Steve and his colleagues know instinctively – building a city isn’t just about glass and steel and money, it’s about people and their inherent value in creating a sense of place.

CityMag’s not-entirely-serious guide to the possibility and potential of some of Adelaide’s most prominent available properties.

A remarkable number of our friends have lived in this weird little complex that doesn’t even look like it contains homes. It actually has three separate residences, none of which could be called shining examples of warehouse conversions. Still – it’s a shame that it’s now being sold as a development prospect because that (judging by current Adelaide trends) likely means a very shiny apartment block complete with infinity pool (whatever happened to normal, finite pools?) will spring up here in the next few years. As a result, us and our friends will no longer be able to afford the rent and will have to move further away from the Grace Emily Hotel – one of the single most important locations in the CBD.

This is a nice enough office building, but it would be entirely unexceptional except for two important factors. Firstly, it’s actually a disco ball. The reactive wall on the building’s exterior, which shimmers in the changing light and sways in the wind is probably the single nicest architectural feature we’ve ever seen on a conservative office premises. Secondly, the pasta served up by Luigi’s Delicatessen, which occupies part of the ground floor, is very, very, very good. We’re not property portfolio holders, but feel strongly that pasta-related investment is a sound manoeuvre.