This morning, a new biennial furniture design prize - touted as one of the richest in Australia - was launched by JamFactory and Stylecraft. 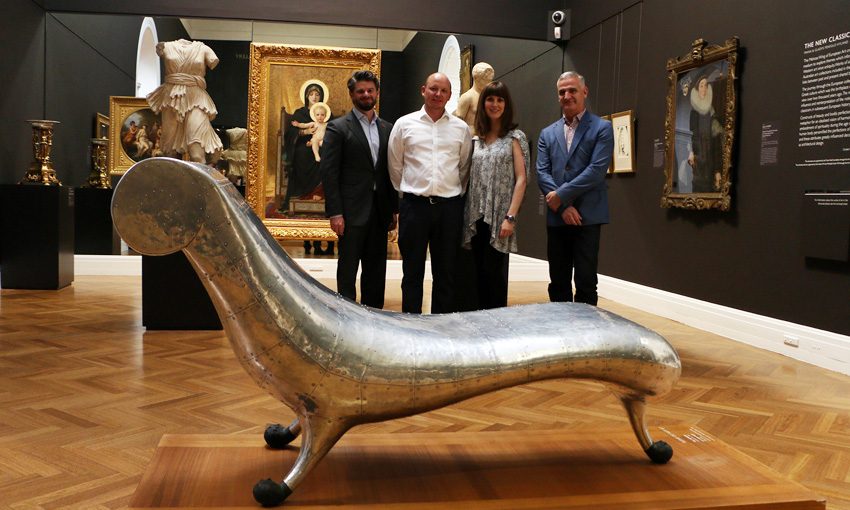 The JamFactory has teamed up with Stylecraft to create “one of Australia’s richest and most prestigious design awards” in the Australian Furniture Design Award (AFDA).

The main picture demonstrates the Art Gallery of South Australia’s history of design appreciation. Shown in the foreground is the prototype of Marc Newson’s LC1 Chaise Lounge, which was bought in 1986 before the artist was internationally recognised.

This morning’s launch at the Art Gallery of South Australia unveiled the details of the prize, which was originally conceived by creative director of JamFactory’s furniture deisgn studio Jon Goulder and Anthony Collins, Managing Director of Stylecraft, over lunch one day in Perth.

The award will be judged by five national design luminaries, who will assess prototype concepts submitted online by designers who are either Australian or resident here. Six finalists will be chosen to exhibit in Stylecraft showrooms across the country, with a winner announced in Adelaide during the first leg of the exhibition in July 2015.

The prize is significant – along with a $20,000 cash award, the winner will be mentored by Jon Goulder and given space at the JamFactory to work on a commercial design that will then be distributed by Stylecraft, who will also provide support for things like patent protection.

Additionally, the Art Gallery of South Australia will acquire the winning design prototype. Gallery director Nick Mitzevich says the prize and his institute’s support of it is part of a belief that design is equal to any other form of art.

“There’s no hierarchy at this Gallery – you won’t see art or craft or design or anything else being put above or below each other,” he says. “It’s all about individuals making objects that speak of our times.”

JamFactory CEO Brian Parkes says a broader public awareness of providence and the importance of local design and manufacturing makes this an ideal time to launch the AFDA.

” The idea is that the prize will do two things – first, we want to get behind and support designers through creating real opportunities,” says Brian.

“But we’re also hoping that the award – in the profile building that it does – will actually have benefits across the sector. So, increasing the awareness of Australian design and manufacturing amongst particularly the architecture and retail sectors will see a net gain – that’s the idea.”

A website has been launched for the award. Entries can be submitted through the website until the closing date of May 22, 2015. A mentorship with JamFactory’s John Goulder is part of the award. Picture: Sven Kovac.

The Gospel According to Paul