From Colorado to the Gaza Strip – Shared Studio's Portal is shipping Adelaide's Fringe festival to the world.

This week the opposition announced plans to fund an ambitious National Aboriginal Art and Culture Gallery on the site of the former Royal Adelaide Hospital, further cementing the vacated lot’s artistic future.

But current custodians of the site, Renewal SA aren’t waiting for election results to push the cultural agenda at the old RAH site.

On Saturdays during the Adelaide Fringe, performers will step into Adelaide_Portal and connect live with people in Colorado and Brooklyn in the US, Gaza in Israel and Erbil in Iraq, through the wonders of the internet. 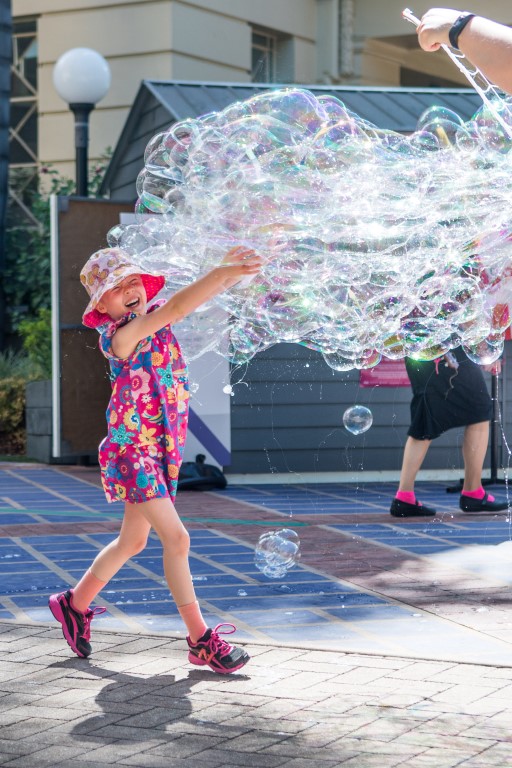 The Fringe performances include acapella singers, magicians and comedians and will be broadcast through the portal to the other side of the world in real time.

Performances will spill out to the surrounding courtyard, as another Fringe destination for visitors.

“It encourages more visitors to the site to get a glimpse of what the place will offer in the future,” says Georgina. “For the first time more than 70 per cent of the site will be open for the public to enjoy.”

In addition to Adelaide_Portal, Renewal SA has created a new activation zone during Adelaide’s festival period in the former hospital emergency carpark. The first activation in this space is the new Lot 14 Pop-up which is a chance to showcase some of the best of local South Australian food offerings from East End Cellars, The Sparkke Change Beverage Company, Eros and Locapops.

The Lot 14 pop-up is part of an ongoing schedule of activations planned for the site in 2018.