HappyCo: The Adelaide startup that got away

From Morphett Street to Silicon Valley, HappyCo is the Adelaide startup that got away, but, despite the distance, is still investing in Adelaide's startup scene.

HappyCo’s startup story begins in a small space above an adult store on Morphett Street in 2011.

After investing in real estate and seeing how property managers conducted inspections – through an anachronistic paper-based system – Jindou Lee designed an app that would solve the inefficiency of handling real-world documents.

He took his designs to real estate agencies across Adelaide, and 19 of the 20 he approached agreed to a $50-per-month subscription that would eventuate in his app, Happy Inspector.

With the app’s premise sold, Jindou approached Andrew Mackenzie-Ross and asked him to build the app in his spare time.

“So he was just spending his nights, after his normal day job, building software,” Jindou says.

“We launched, went to the market, and then we started seeing a lot of sign ups from US and we thought ‘Wow, this is a big market in the US.”

HappyCo found success, but not in Adelaide. The company has been based in Silicon Valley since April 2012, where they employ around 40 people. The last Jindou heard, their former Morphett Street office is now a massage parlour.

Despite the confirmation they’d received received through their pre-launch subscriptions, Jindou and Andrew struggled to find funding.

“We had a tough time, because in 2011 no one really understood tech,” Jindou says.

“There was a group called SA Angels, but they were pretty much a bunch of people just sitting around a table listening to people pitch and saying ‘nope!’

“We were trying to raise $100,000. Everyone was knocking us back saying ‘Nah, we really like you guys, but I don’t believe that this is a big problem in the world.’”

The duo applied for startup programs and got into Startmate, which took them to Sydney for six months, before they were accepted into 500 Startups in Silicon Valley, where they pitched to founder (and notorious creep), Dave McClure.

“I basically just showed him our app working and said ‘we have x amount of customers,’ and he was like ‘cool, I’ll invest,’” Jindou recalls.

“From then we raised a small amount of money and then we just continued to meet other investors. We probably made about 77 or 78 investors before we closed our round. It took a while.”

Though it was difficult to raise money in Silicon Valley – you’re still asking people to part with their cash, Jindou laughs – HappyCo was a much easier sell to investors in a larger, less risk-averse market, and where tech as an industry was better understood.

Though it was frustrating at the time, Jindou and Andrew describe their initial funding troubles as a blessing in disguise.

“It would be a different business,” Andrew says.

“There is possibly a business out there, but it wouldn’t be 40 people, it would be three or four in Adelaide trying to sell software over the Internet.”

“Now we’re 40 people, millions of dollars in revenue. I think we’re one of the fastest growing companies in the property management software space,” Jindou says.

That’s not to say their hearts aren’t still in Adelaide; though their sales and marketing and executive teams are in the US, Jindou and Andrew have made a point of keeping their engineering and support teams in Adelaide.

“A third of our team is in Adelaide, and for us, we’re gong to continue to grow the Adelaide team,” Jindou says.

“I think we both would love to be the number one employer, you know, like the Atlassian in Sydney, but be the HappyCo in Adelaide, and there’s a lot of flow-on effects.

“If we’re in a position to invest in someone that used to work for us, that would be a great opportunity to do that as well. We know we create jobs, we’ll create 50 to 100 in the next three to five years, then those people, you know, three or five of them will start something that will create another 50 to 100, and that flows on. That’s all we can really aim for.”

They also hope to provide the opportunities to graduates they weren’t afforded when they were finding their feet in the industry.

“I remember my first job, I worked for a web design company in Adelaide, and this is after finishing uni, I got first class honours, finished design, top of my class, and I was getting paid $28,000 a year and I was like ‘holy shit, I should’ve just gone to Woolies and I’ll get double that just stacking shelves,’” Jindou laughs.

Jindou and Andrew believe a successful startup culture can be built in Adelaide, and they hope to be a part of it, but they know it’s going to take work.

“It’s going to be the companies that are there, and the media, getting together and turning it into a tech hub. [Then] when people are looking for jobs they think ‘Sydney, Melbourne, Adelaide,” Andrew says. 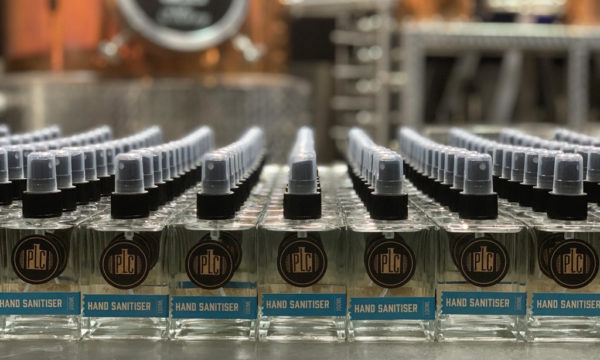