The ASO is touring China and South Korea this October

The Adelaide Symphony Orchestra will fly 66 musicians, led by artist in association Pinchas Zukerman, to play in China and South Korea this October.

Twenty-three years after its last tour through Asia, the Adelaide Symphony Orchestra will visit China and South Korea this October.

The tour, which has received support from state and the federal governments via the Australia-Korea Foundation, and BHP, will see 66 ASO musicians and the ASO’s artist in association, Pinchas Zukerman, play the Beijing Music Festival, Shanghai International Arts Festival, as well as in the Tongyeong Concert Hall in South Korea and the recently opened Zhuhai Opera House in China’s Pearl River Delta.

Watch the ASO’s tour of China and South Korea unfold via its social media pages, on Facebook and Instagram.

“We’re delighted to be flying the flag for SA arts and culture on the world stage by taking 66 musicians and our Artist in Association to China and South Korea,” the ASO’s managing director, Vincent Ciccarello says.

“The tour will strengthen the ASO’s profile by showcasing our talented musicians internationally, thereby building bridges, making connections and drawing together a diversity of people through music.

“We will strengthen the people-to-people relationships that we’ve been cultivating for several years in the region. We are also looking forward to performing in a range of stunning concert halls.”

This is the latest in a series of moves the ASO has made to strengthen artistic ties with China, starting with ASO Concertmaster Natsuko Yoshimoto and Principal French Horn Adrian Uren’s week-long stay with the Shandong Symphony Orchestra in 2016; the ASO’s opening performance at the Port Adelaide and Gold Coast Suns match at Jiangwan Stadium in Shanghai, which also featured drummers from the Shanghai Empireast Culture Group, in 2017; and a school tour in Harbin in 2018, during which eight players performed the ASO’s adaptation of Australian children’s picture book The Bush Concert, translated into Mandarin.

The ASO has also, for the last two years, performed a Chinese New Year Concert in Adelaide, at the Adelaide Festival Centre, and will do so again in February 2020, during which it will play The Bush Concert in Mandarin. 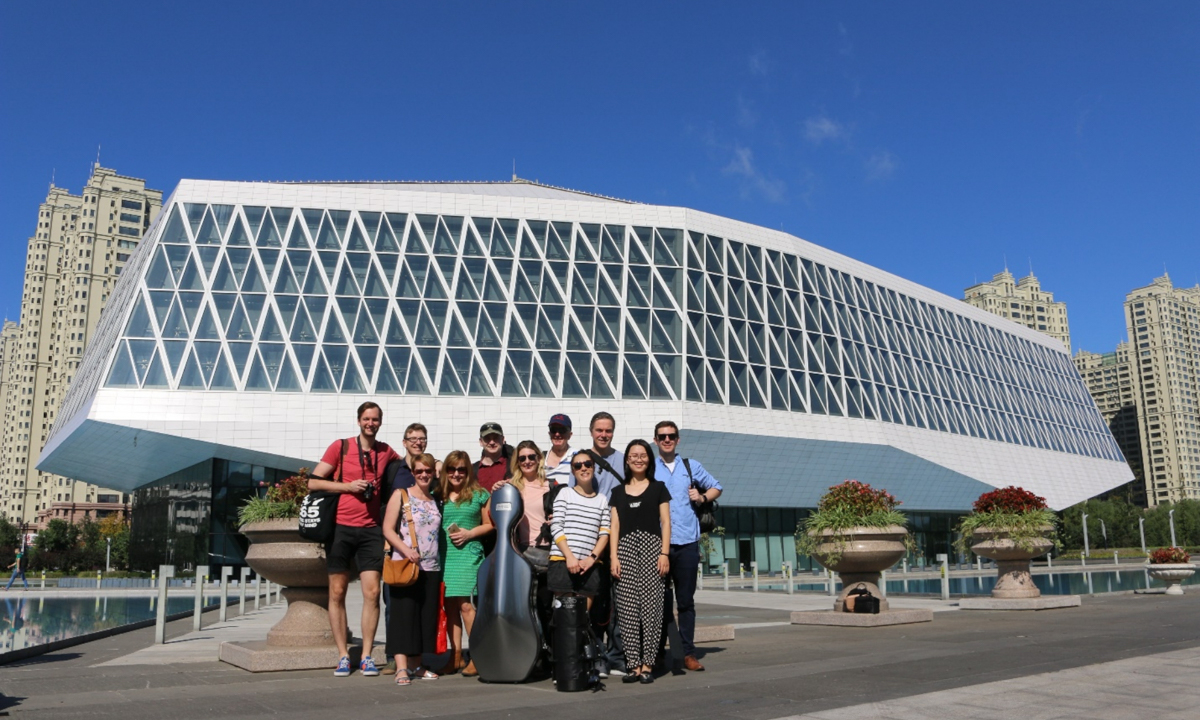 The ASO’s 2018 delegation outside the Harbin Concert Hall. This image: Supplied

China is a market of interest for classical and orchestral music organisations, given the young and highly engaged local audience.

“I’ve been performing in China since 1995 and have seen how classical and orchestral music have undergone remarkable growth, with not only an investment in cultural infrastructure but also in symphony orchestras and schools of music,” the ASO’s artist in association, Pinchas Zukerman, who will conduct the orchestra while on tour, says.

“Literally millions of young Chinese are engaged in the study of a classical musical instrument. It will be a real joy to lead the fantastic Adelaide Symphony Orchestra in these concerts and use our music-making as a platform to cultivate mutual respect, cultural awareness and people-to-people connections.”

The Adelaide Symphony Orchestra’s 2019 China and South Korea tour kicks off on Friday, 18 October at the Zhuhai Opera House, Zhuhai, China; then the Shanghai International Arts Festival on Sunday, 20 October; Beijing Music Festival on Tuesday, 22 October; finishing with a performance at the Tongyeong Concert Hall in Tongyeong, South Korea, on Friday, 25 October.