A different way of seeing

Even in the era of mass manufacturing, Peter Coombs Eyewear proves it’s still possible to build success with little more than experience and craftsmanship. 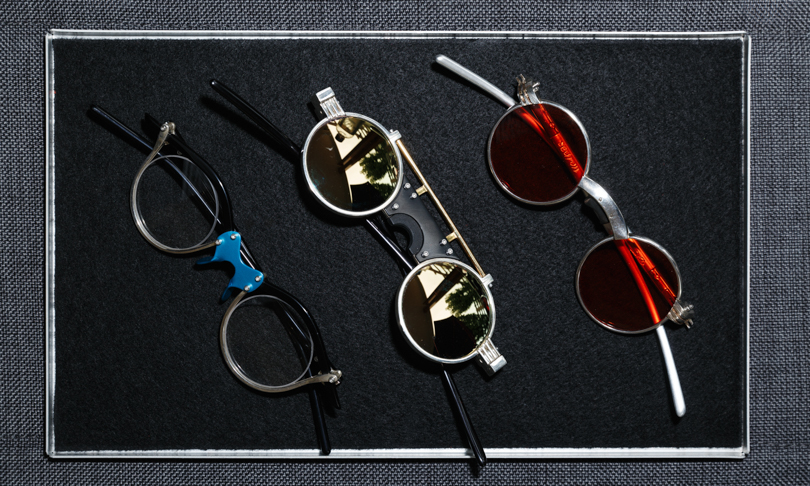 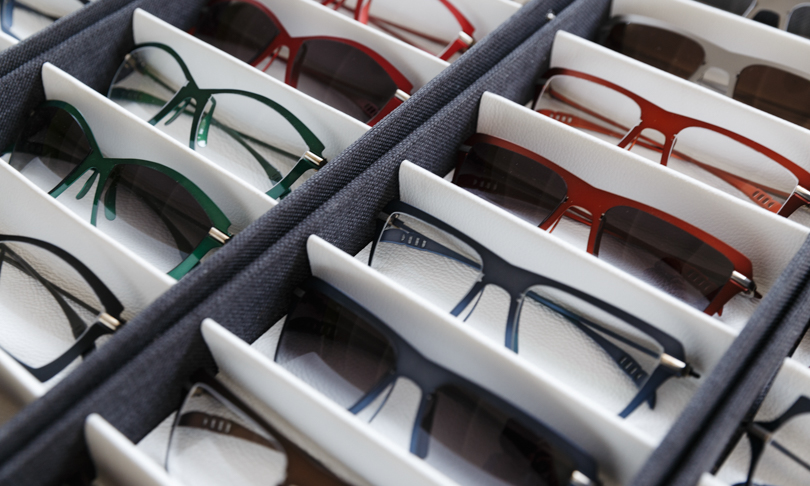 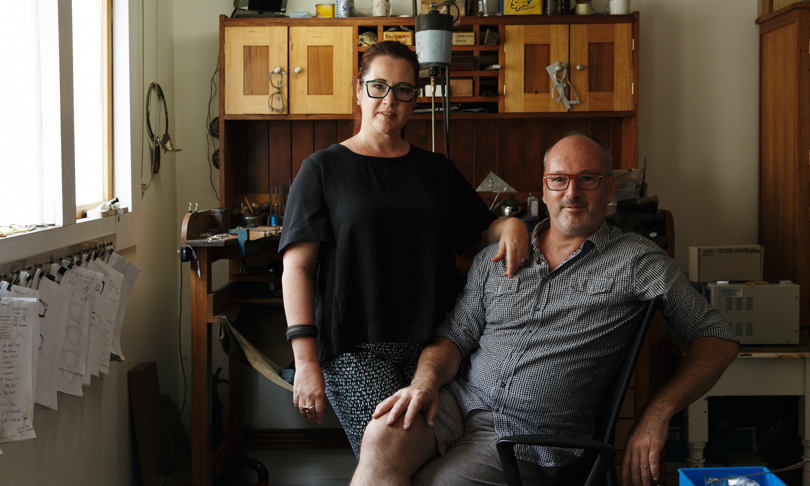 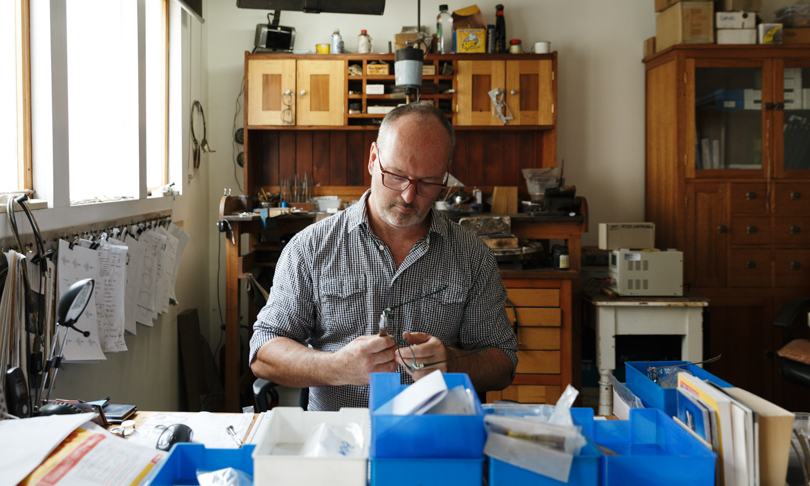 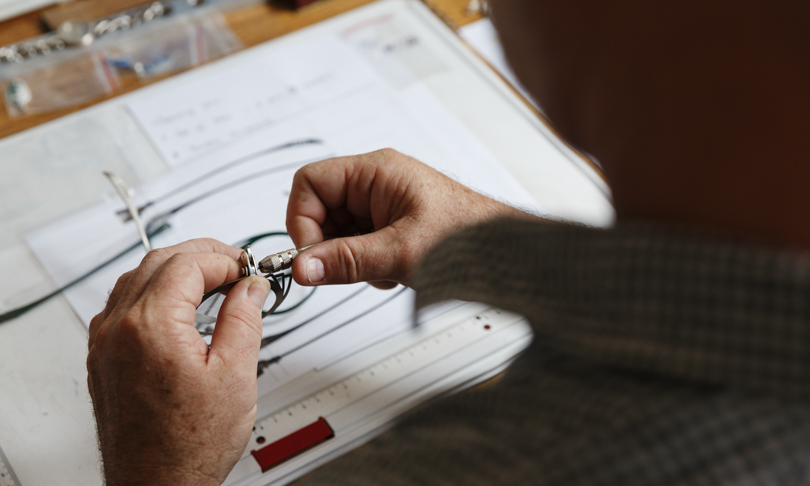 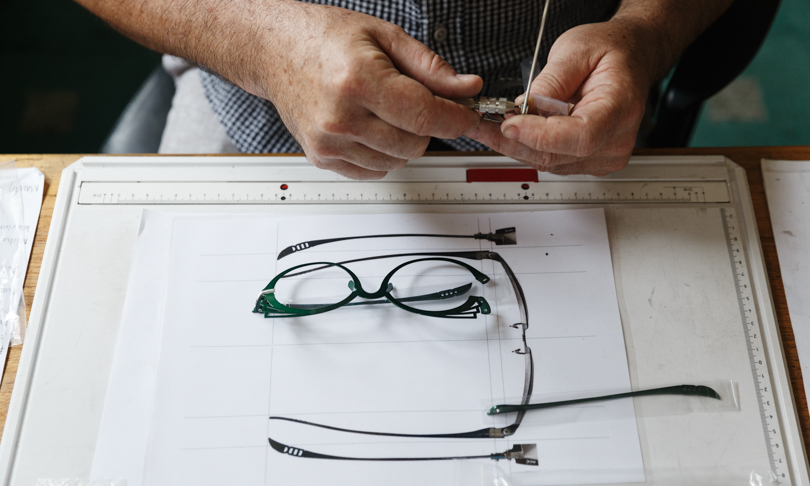 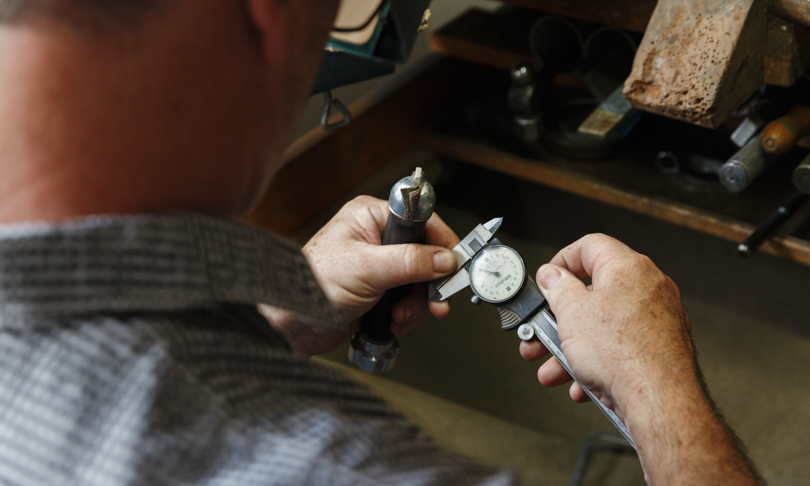 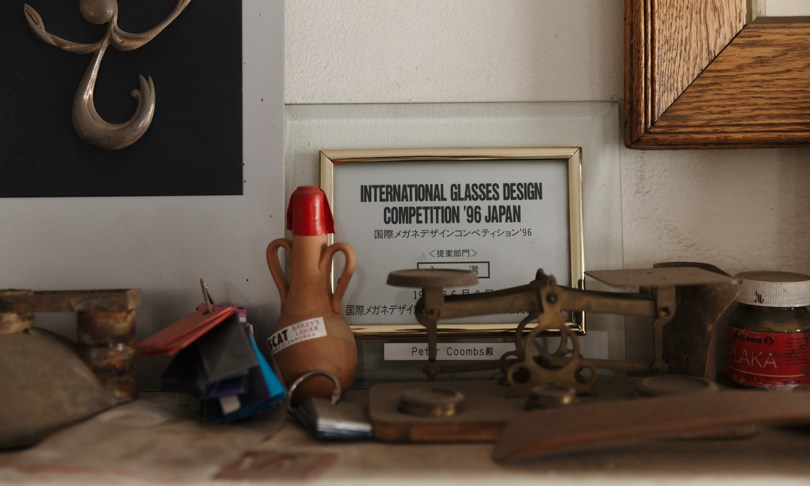 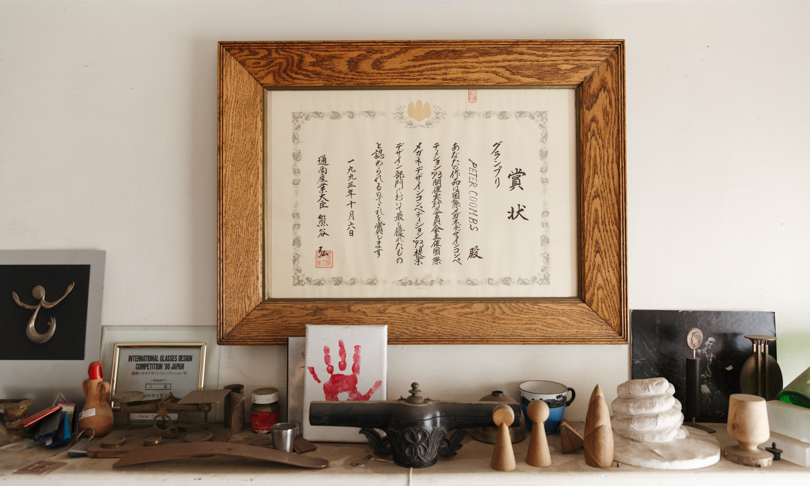 When you put on a pair of Peter Coombs glasses, there is a seemingly inexplicable weight to them. They feel solid, strong, very wearable. After gasping about them for a while, we took them off and placed them back on the table.

“No, no – we don’t subscribe to that whole ‘keep them for good’ philosophy,” Rebecca – Peter’s wife and business partner – says, “if you’ve got beautiful things, wear them. Play with them”.

For thirty years, Peter Coombs has been making beautiful things. After studying jewellery and metal-smithing in the ’80s, he started making eyewear as a means of entertaining himself. This pastime led to a career hand-making artisanal eyewear for some of the world’s most fabulous people.

Gaining international recognition for his unusual constructionist aesthetic, his brand has become known for providing customers with pieces of wearable art that embody the fundamentals of good design.

“With Peter’s experience you really get to know a material… with all of that work and knowledge comes innovation.” – Rebecca Coombs

“I would suggest that a lot of what you see in eyewear is actually decoration,” says Peter.

Just as fashion exists at the intersection of art and commerce, eyewear exists in the cross-section between fashion and medicine. Peter’s work goes beyond the cosmetic, with the accepted approach to the craft challenged and re-engineered with each pair of frames he creates.

“A lot of eyewear design comes from the traditional format of the frame where you deal firstly with shape, and then they put the hinges in and nosepiece in,” he says. “I’m coming from the opposite way. I think that’s set it apart, because you end up with a more comfortable, longer lasting and more interesting piece. The hinge becomes the feature instead of the thing that opens and closes the door.”

This is evident in his newest collection, the 4 O’clock range, which sees glasses created from a single sheet of titanium, with their sterling silver hinges acting as the focal point of the frame. After years of creating one-off pieces, the range sees the company branch out into more accessible territory that will lead to them being distributed more widely internationally.

Rebecca, a marketing director with over twenty years’ experience, sees the company sitting in a rapidly growing niche market.

“Part of our challenge as a business is educating people about eyewear,” she says. “We’re not trying to compete with the massive eyewear chains. Our customer is someone who wants something unique, something with a story. It’s artisanal and I think more and more people are starting to get that. They’re seeing the value in getting a properly fitted suit, or a really amazing pair of shoes. There’s so much value in that. That’s what we’re doing.”

This understanding of the market in combination with Peter’s innovative design has seen the company gain a large following in the eyewear world, which is leading to a greater international interest in the brand and a greater presence in the U.S and Europe, as well as locally.

“With Peter’s experience you really get to know a material, how far you can stretch it and what you can do,” says Rebecca. “With all of that work and knowledge comes innovation. We’re innovating in an industry and coming at it from a completely different angle.”

Before we left, we tried on a few more pairs of glasses and they were beautiful and we gasped (internally) at the price, but we managed to explain that weight we felt: it was assuredness and experience and it’s worth every penny.