Living Rocks: A Fragment of the Universe 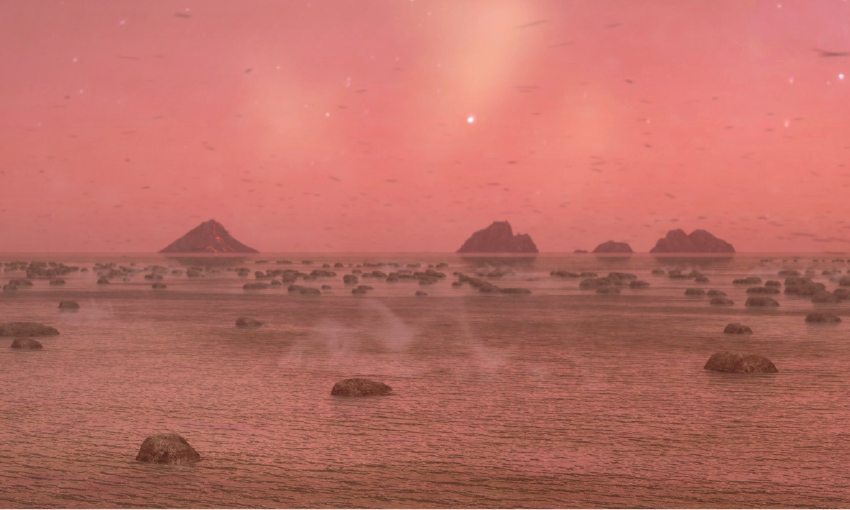 Visual art often occupies space unknown. The best artists seek out that realm, devoid of facts, which is full of ideas and this is precisely where the solo exhibition by James Darling and Lesley Forwood will take you.

Living Rocks: A Fragment of the Universe opens tonight – Thursday June 14th at Hugo Michell Gallery – and provides a complete panorama view on the coastline of South Australia from three (British) billion years ago, through to present day. Unchanged throughout this moving image and projected work are the humble thrombolite sculptures created by the artists from mallee trees felled on their property in the state’s south east over 20 years ago.

On a trip to the Limestone Coast, an ecologist informed Darling and Forwood they would find thrombolites; rare rock-like microbial structures which, when emerged from beneath water, photosynthesize. Thrombolites and stromatolites are both microbialites whose structures colonise lake floors and which, over billions of years, supplied the first large quantities of oxygen to the atmosphere of our planet.

Darling and Forwood have responded to the extraordinary natural structures with an expansive and evolutionary installation, which includes flooding two thirds of the seventeen-metre long gallery on Portrush Road. Jumpgate VR, has generated a landscape spanning 3 billion years. Living Rocks will also feature an original score composed by Paul Stanhope which has just been recorded by the Australian String Quartet at UKARIA Cultural Centre.

“Living Rocks celebrates the physical presence of thrombolites. It celebrates microbial life. Looking back and looking forward, the concept of microbialites as the ‘disaster-recovery’ or default ecosystem of our planet, and perhaps of many others, speaks of genesis and genius.”