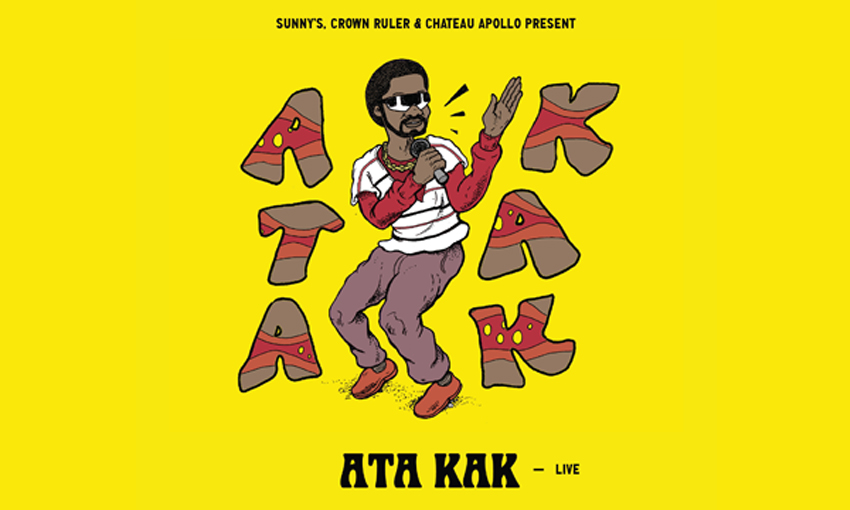 The appearance of Ghana musician Ata Kak on world stages has been a long time coming, but more than 20 years after his album release, he’s finally making it to Australia this month.

Ata Kak – or Yaw Atta-Owusu, as his mother calls him –  recorded his cult classic record Obaa Sima in the mid ’90s and released it via a small run of cassette tapes. With no money or marketing behind it, the album languished in relative obscurity until a copy of it was bought at a street market in Ghana’s Cape Coast by Brian Shimkowitz – the man behind Awesome Tapes from Africa.

Upon hearing the infectious mix of funk beats, hip-hop vocals, and joyous, dance-able rhythms, Brian set out to find Ata Kak. It took years, but he eventually tracked the musician down and got the enthusiastic go-ahead to create a vinyl re-release of the album.

Now in its third vinyl release Obaa Sima has been widely acknowledged as a classic and Ata Kak is bringing a live version of it to stages around the world.

Roxie’s and Chateau Apollo will host him and a full band on Monday, March 12 and to celebrate the momentous nature of the occasion, they’re making it into an all-day party.

Ata Kak will be supported by a line-up of local DJs, including Alfonso Frawls and the Young Muscle Percussion Committee.

Punters and their dancing will be supported by the Sunny’s Pizza crew taking over the Roxie’s pizza oven – with promises of endless mojitos from Sunny’s Josh Dolman and some special specials coming out of the kitchen thanks to Sunny’s chef Andy Nowell.

The party kicks off at 1pm, and there is no better way to end a long weekend than day drinking and good music.