It's French for yum. 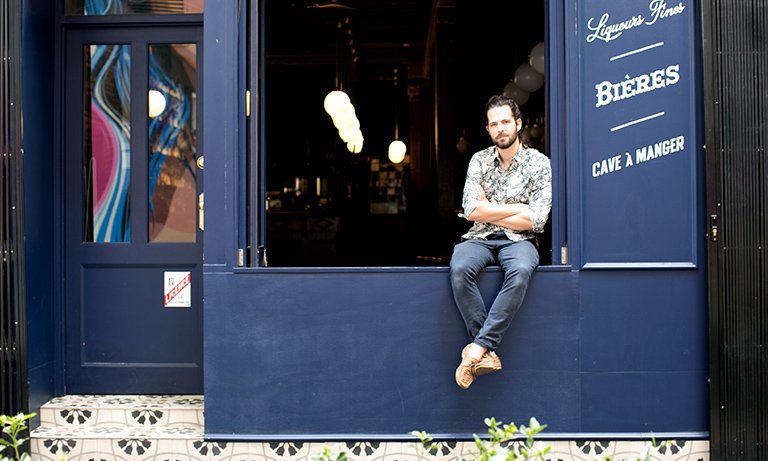 Open from 4:30PM on Thursday, Nov 16 for Beaujolais Nouveau Day.

Each year, bottles of wine are shipped from Beaujolais in France to far flung corners of the globe, and held in store until the third Thursday of November, when corks are pulled and the young, bright red spills forth in a celebration of a new year’s vintage.

“It’s a big race. They ship it a couple of days before. It will be arriving this afternoon for tomorrow [Thursday November 16]. I could officially pour it tonight for two hours after midnight – which could be cool,” Dom says, provocatively.

Beaujolais Nouveau is always a red wine,  always from the Gamay grape, that’s only ever hand-picked, crushed, fermented and put into bottle just 6-8 weeks after being harvested.


“We’re going to be the only one pouring an organic Beaujolais this year in South Australia. We’ll have the classic Georges Duboeuf and Chapoutier, the organic one, pouring.”

The event is massive in France, Dom says – but in a typically French sort of way – like a massive, low-key semi-party at the neighbourhood bar. And it’s not about being incredibly polished or scientific about the wine – Beaujolais Nouveau is all about the people, about young wine made to pair with cured meats and melt-in-your-mits soft French cheese.

Dom has been to parties in France where a young winemaker who has decided to do a Beaujolais Nouveau release served his vintage out of a big plastic tank, via a tap – we’re picturing a Piccadilly spring water type of set up.

“It’s all about gathering, getting the community together and having fun,” says Dom.

Still, it’s a race. La Buvette sold six dozen Beaujolais Nouveau on the night last year. This year, the bar’s ordered 10 dozen. It’s safe to say this wine is here for a good time – not a long time, so fly in.