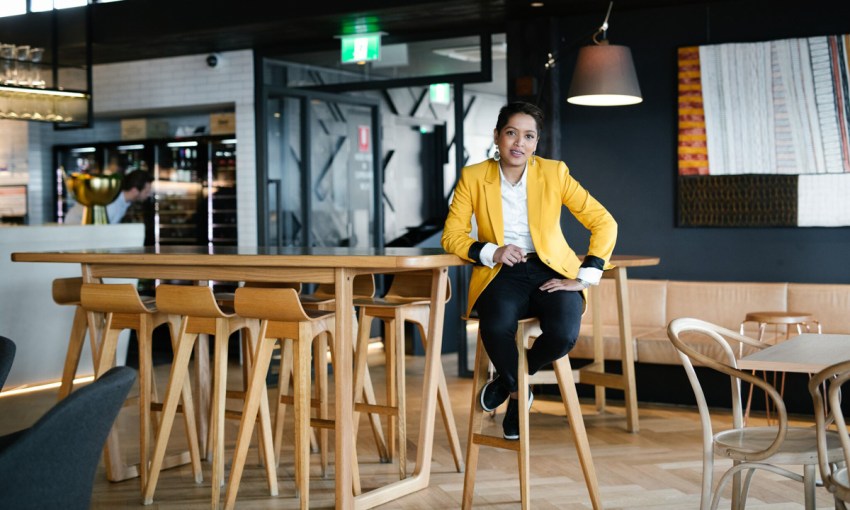 “You know when you do a wine dinner with a producer from a single winery, it’s overdone.

“What I want to do with the Somm Collab is another concept, another structure, and another way I want to showcase a wine.”

Liinaa is reaching into her extensive experience somm’ing at various locations across Australia and around the world, to provide a new kind of wine experience for her guests at 2KW.

Held monthly, Somm Collab will see a visiting sommelier co-host an intimate wine tasting – limited to 14 seats – followed by a three-course dinner, in which Liinaa and her invitee will discuss the regions, varieties, and wine styles they’re most passionate about.

“All somms, we all have one thing that we love most,” Liinaa says.

The first somm flying in for the occasion is Jeroen Erens, who works at Domäne Wachau based in The Wachau, Austria. He and Liinaa will be discussing Austrian varieties grüner veltliner and riesling.

“When we talk about riesling, very often it’s always Germany, and a lot of people don’t know a lot about Austrian wine, so this will mean that we will taste grüner veltliner,” Liinaa says.

The entire event will span an hour and a half, during which eight wines will be tasted and discussed, culminating in a dinner where all the remaining wine will be shared amongst the guests.

It’s intended to be an educational but relaxed atmosphere in which to engage with wine and the two sommeliers.

“When there’s 14 [people], I think that’s a good number to generate a bit more of that conversation between people, asking questions, and by the time the first half an hour has passed, they’ve already had a few glasses and they’re starting to warm up with the rest of the people around the table and they’re making friends,” Liinaa says.

“And him coming from Vienna, there’s going to be questions about the culture, the gastronomy, the design – everything else about the country.”

All 14 seats for the first event have been sold, but keep an eye on 2KW’s social media for updates on future editions of the Somm Collab series.