On International Sex Workers Day the industry remains criminalised, compromised and left behind

The effects of COVID-19 on the still illicit sex work industry are more pronounced than in other sectors, affecting workers’ ability to earn money and access support.

Kerri* has been a full-service sex worker for six years. She enjoys spending time with her clients rather than sitting behind a computer, creating content as a cam girl, because it’s more “her.”

“The face-to-face stuff fits my schedule and my personality,” the 30-year-old says.

For this year’s International Sex Workers Day, Tuesday, 2 June, CityMag spoke to sex workers in SA to reflect on the year that’s been and what they want from the next 12 months.

*Names in this article have been changed.

“I tried the online work but left it behind. The pressure has definitely returned since the coronavirus happened but I haven’t gone back just yet.”

When the threat of COVID-19 materialised in South Australia in March, Kerri stopped escorting. One of her loved ones is immunocompromised, meaning if they contract the virus, they’re at higher risk of serious illness.

With her full-time work on hold, Kerri fell back onto six months of savings. Later, she was also successful in acquiring the Federal Government’s JobSeeker benefits, which alleviated some of her financial stress.

But if the government denied her claim, or looked into how Kerri made an income, she would be in trouble.

“If I didn’t get it I would have to consider working again,” she says.

“When people who can’t work remotely still go into work, they have to make that choice of whether they want to go and make a living so that they can afford to actually survive, or take a risk that could affect themselves or those they care about.

“I also know sex workers who are recognised in other states by JobKeeper.

“In South Australia, we’re not even on any roadmaps.”

On 8 May, the South Australian Government released its Roadmap for Easing COVID-19 Restrictions. Although Prime Minister Scott Morrison developed a national framework, each state was tasked with sorting out the finer details. Below is South Australia’s current plan for getting out of lockdown. 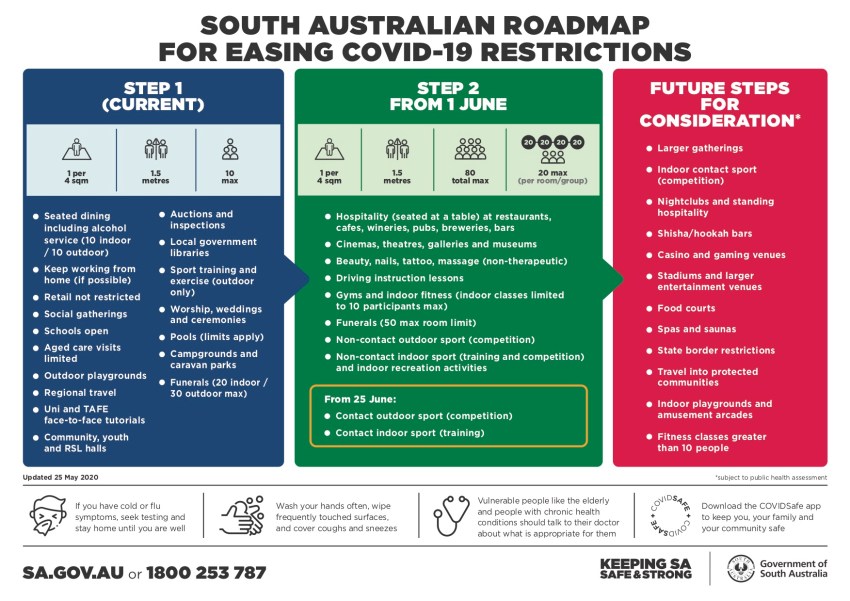 In November last year, State Parliament voted down the 13th bill to decriminalise sex work in South Australia. As a result of the unchanged legislation, sex work remains an illegal practice here, and because of this status thousands of workers have been omitted from state directives on when and how they should return to work.

The current law stipulates that if an individual is found living on the earnings of sex work they can be fined up to $2,500 or jailed for six months. The act of soliciting sex work also attracts a maximum penalty of $750.

Last year’s motion to change sex work laws was co-sponsored by Greens MLC Tammy Franks and Attorney-General Vickie Chapman. It passed the Upper House but failed in the lower house, 19 votes to 24. Premier Steven Marshall voted in favour of decriminalisation, Leader of the Opposition Peter Malinauskas voted against.

Tammy Franks says workers like Kerri have not been offered any guidance in South Australia because their work is criminlised.

“We have put sex workers in South Australia in the most vulnerable position possible by failing them as a parliament,” Tammy says.

“It’s an issue that the parliament does need to resolve, and we do need to modernise legislation.”

In the pandemic, Kerri must work in a way that protects her. 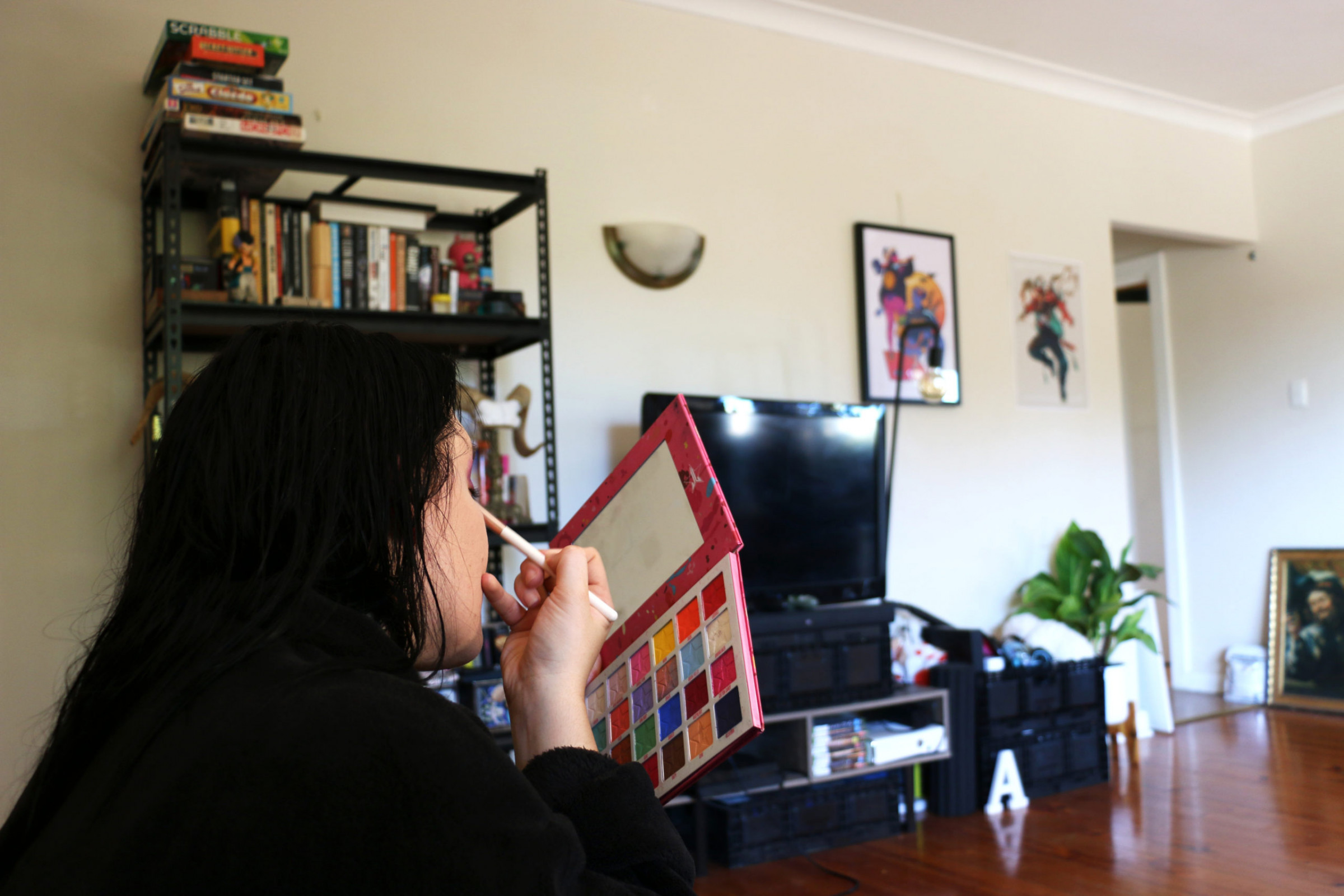 She says viewers can still take screenshots from videos and upload stills to websites.

“You can be outed,” she explains. “I don’t want that. This is what happens when an industry isn’t decriminlised.”

Sandy* has been a sex worker for eight years but stopped offering full-time services when the country went into lockdown in March. She now provides phone sex services, which don’t pay as well as full-service offerings, but keeps her afloat.

Sandy looks towards the Sex Industry Network (SIN) and national advocacy body Scarlet Alliance for recommendations on when she can return back to work. She’s “frustrated,” she says, because sex work has not been mentioned in any state directives or roadmaps, despite many individuals like her existing in the local industry.

“Currently, Scarlet Alliance, SIN and other sex worker organisations are developing guidelines around how to safely do sex work during this pandemic,” she says.

“Obviously we need to work but we’ll just have to watch what other similar industries are doing.

“It’s a very precarious space for us.”

When we’re faced with a crisis, a lot of people turn to physical comfort and certainly sex for comfort. 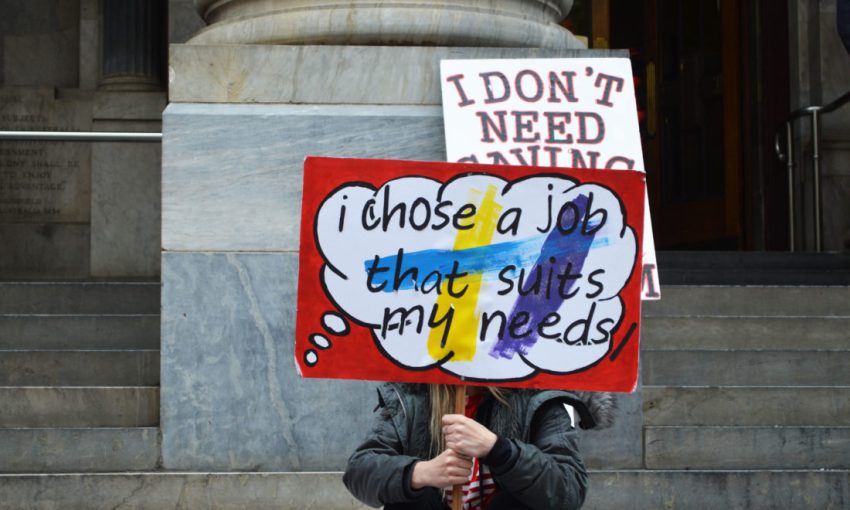 SA Health declined to respond to CityMag’s questions on safe practices for sex workers or advice on when they can return to work.

“The phone has been running hot,” Kat says.

“I have had reports from private workers who are saying, ‘I’m not working at the moment but if I was I would be making bank.’”

The financial benefits they receive varies, Kat says, with some applying for the crowdfunded $76,000 raised to help those in the industry. The funding target is $100,000 and sex workers are encouraged to apply for support.

“When we’re faced with a crisis, whether it’s personal or whether it’s global, a lot of people turn to physical comfort or physical proximity and certainly sex for comfort. I think this occasion is no different.

“There’s probably not a lot of sympathy out there in the general public for sex workers who have continued to work. However, without a set of clear directives from the state government, what are many sex workers meant to do? What pathway are we meant to follow?”

Many are looking at when similar industries, like non-therapeutic massages or strip clubs, open.

The Sex Industry Decriminalisation Action Committee (SIDAC) says sex work will always exist, but it’s up to the community to determine safety for workers.

“South Australia must decriminalise the industry in the best interests of both sex workers and the broader community,” the organisation says in a statement.

“This year’s [International Sex Workers Day] is celebrated in the midst of a global pandemic in which sex workers, yet again, are stigmatised and abandoned by governments, unable to access support and services available to other workers.”

Kerri and Sandy have one simple demand for what they would like to see before the next International Sex Workers Day: decriminalisation.

SIN will be hosting a zoom event from 11am–12pm on 2 June. Visit this Facebook event page for more information. 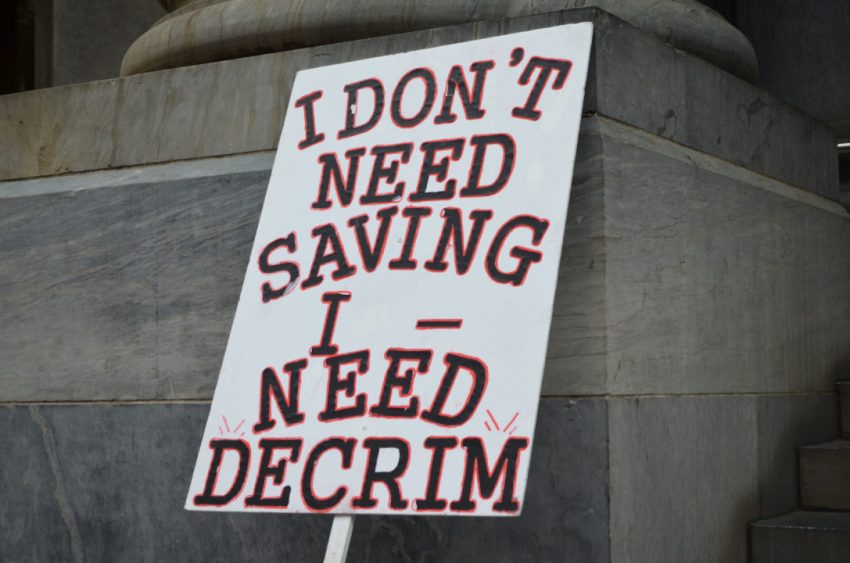 *Kerri and Sandy’s names have been changed to protect their identities.