My friend in quarantine

At the end of a 14-day quarantine following his return from London, Jake Norris details his days of “house arrest” and offers tips on surviving it with your sanity intact. 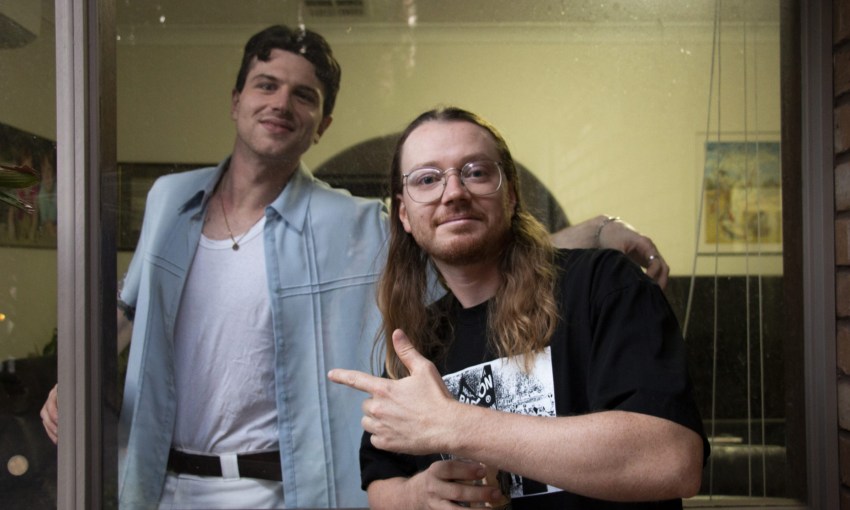 When Jake saw his dad for the first time in two years, at Adelaide Airport’s international arrival hall, they didn’t hug. By then, the federally mandated 1.5m distance was in force and they stuck to it.

Later, when Jake was reunited with his little sister, also for the first time in two years, a pane of glass stood between them.

Jake is a 25-year-old Flinders University marketing student who also makes electronic music. He moved to London in 2018 to try something different.

He worked in numerous bars and nightclubs in his new home city, making friends and a life for himself, but rushed home last month because he was stood down from his job due to coronavirus closures and his visa was about to expire.

Much like his distanced welcome home to South Australia, Jake wasn’t able to give a proper goodbye to his friends in London – some of whom were diagnosed with COVID-19.

“I had so many emotions coming from the UK, not being home in two years, and then coming back to this and just not seeing my friends and not being able to see my family. It just cooked me a bit,” Jake says.

“I haven’t really been sleeping very well or anything… I think I’m just uncertain of what happens next.”

CityMag has kept in touch with Jake through his quarantine journey. We chat through a glass window, but he’s grateful for the delivery of cold beers and to see a familiar face.

Jake is not a confirmed COVID-19 case and he says he feels healthy, but due to federal and state requirements on international travellers, he must quarantine for 14 days before he can reintegrate back into society – or even leave his house. Breaking quarantine risks a $1,000 fine.

Through all our interviews, Jake maintains his isolation story is not “sad” and he jokes “it was what he was doing anyway” as a music producer.

“I don’t want to paint a picture of this guy that’s like ‘poor me’ because there’s a lot worse things happening. I’ve got it pretty good here. Like I’m just chilling,” he says, laughing.

Jake is a friend, and while we’re not worried about the effects of the crisis on Jake’s mental health long-term, the listless boredom is concerning. As a friend, it’s also hard to see someone you care about saying they’re going a bit “coo-coo”. 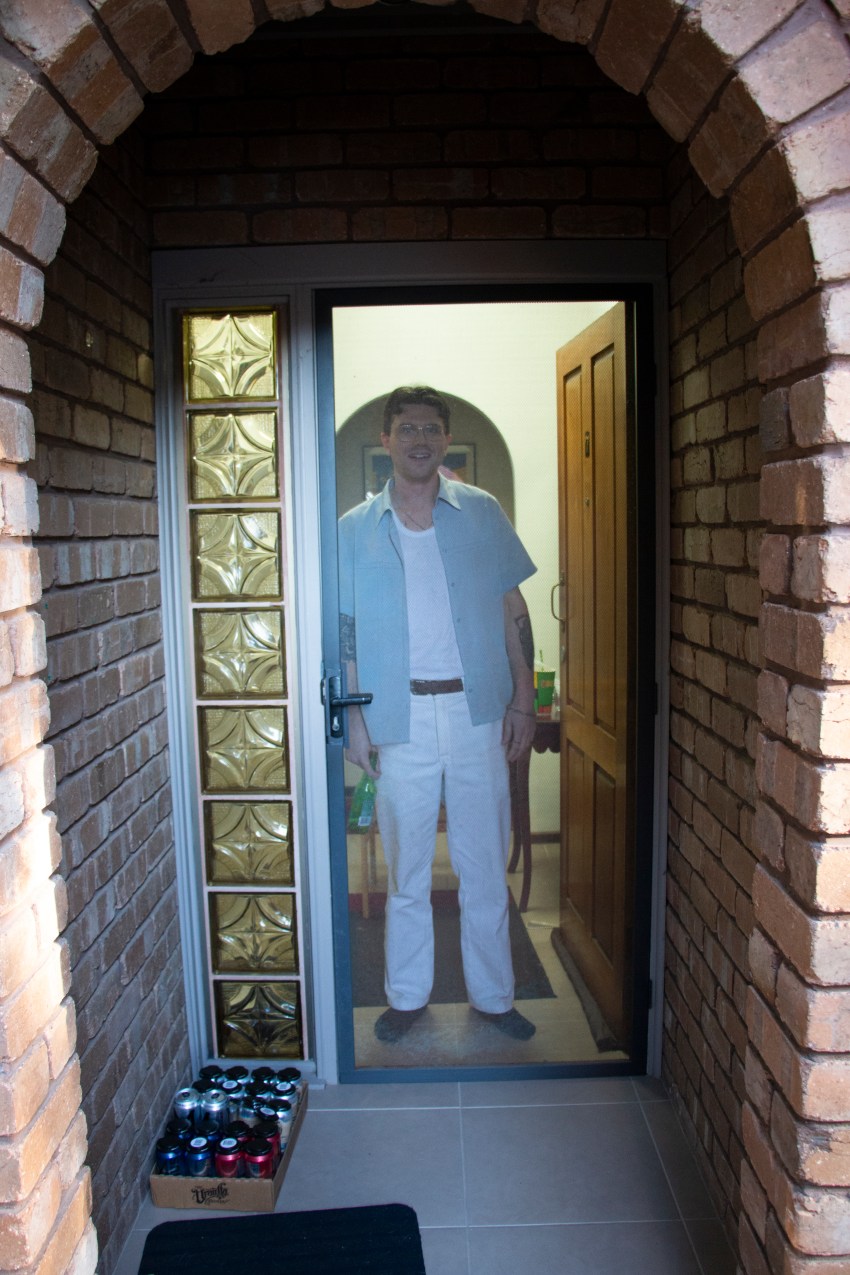 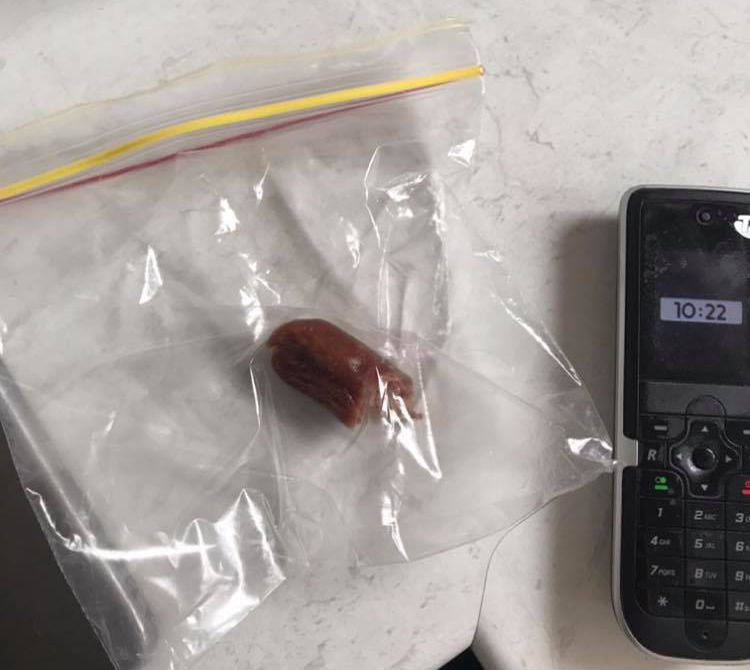 The mystery sausage that Jake has had a bite out of every. single. day. This picture: Jake Norris

At the start of his self-isolation, Jake reports sleeping four to five hours a night and filling the daylight hours of “purgatory” watching reels of trash reality TV on YouTube. He was also eating a lot and wasn’t shying away from trying strange food in the fridge. (He’s come to believe a mystery sausage is dog food, but still has a bite every day, “just in case!”).

When the South Australian Health and Medical Research Institute’s Wellbeing and Resilience Centre launched their free mental health program, lead researcher Joep van Agteren told CityMag the effects of being in quarantine on the human psyche are “pretty profound.”

It concluded this kind of isolation could produce “negative psychological effects” that spanned post-traumatic stress symptoms, confusion and anger.

The South Australian Government has launched multiple hotlines, staffed by trained psychological experts and counsellors, to help individuals cope with mental health issues while in lockdown.

Jake isn’t worried about developing post-traumatic stress disorder, though he does admit he’s anxious about the post-coronavirus future.

“There are a lot of other people who have it worse off,” he reiterates.

“But when I wanted to come home, I had this big idea that I’d see all my friends and we’d be having dinner and drinking beers and I’d see my family and we’d have like a big family dinner and stuff like that. So it’s been a bit like… a lead balloon.”

After his first week, Jake developed strategies to bolster his mental health, like running daily on the treadmill and cooking meals. This staves off the “wallowing”.

He ends his day talking to his friends “back home in the UK” virtually, through video games like Age of Empires, and says he’s sleeping up to 10 hours now.

Jake feels no animosity towards the mandated quarantine, saying “it makes sense,” as he lived in London, a hotspot for the virus that only seems to be getting worse.

With the end of his quarantine near, Jake recommends anyone about to embark on this elongated isolation getting their hands on a treadmill. Also, if you’re not alone, savour the feeling of chatting to your loved ones without a pane of glass between you.

“I realised I just rely on face-to-face social interactions a little bit more than what I realised,” Jake says.

“I really rely on social interactions with people to be happy.”

CityMag asks what he’s going to do when he gets out on Thursday night.

“I’m not making plans because I assume everything is going to be locked down,” he answers. “[But] in an ideal world I’d like to go to the pub with all my mates and then drink 1,000 beers.”

“Do you wanna hang out?”