Gang Gang’s brick-and-mortar deli on Unley Road was only open for five months before COVID-19 restrictions limited operations, but owners Nina Hadinata and Morgen Wynn adapted to the times at breakneck speed – and they’re grateful for it. 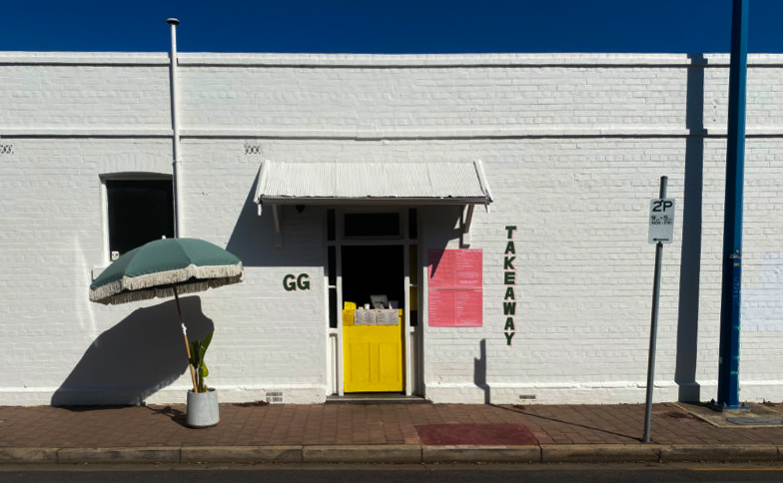 “A month ago, you could not tell me we’d be in level three lockdown,” Morgen Wynn, co-owner of Gang Gang, tells CityMag.

Gang Gang are now offering takeaway which can be ordered from their new website.

Click here for more information or to squiz the mouth-watering menu.

Gang Gang has many offshoots – it slings Indonesian-infused burgers from a mustard yellow food truck at festivals and, as of last November, offers brunch and coffee from its one-stop-deli-shop on Unley Road.

The first thing that changed Gang Gang’s operations in the middle of March, when COVID-19 restrictions were first enforced, was the ban of 500-person public gatherings.

These public gatherings included music festivals, which would ordinarily be served by the food truck. Festivals made up 70 per cent of the brand’s overall revenue stream.

The brick-and-mortar deli was next to be affected by restrictions, such as the ban of dine-in food service.

But Gang Gang was already one step ahead.

“Nina being Nina was kind of on the ball with it and straightaway was like, ‘We’ve got to have a plan B in place,’” Morgen says.

“Nina (Hadinata, Gang Gang co-owner) was actually the one that created our website – she’s spent a few nights learning how to make it herself.”

The website was up and running “really quickly” and lists all the food and beverage offerings normally present in the deli or truck but are now offered as takeaway options. (Fear not, the famous Cardi B chicken burger with Balinese salsa and the Big Poppa crispy bacon burger with halloumi are still available).

Other aspects of the business also changed. Instead of patrons perusing a laminated menu from within the deli, they now order from outside. The main door was sliced in half and individuals can place their order there. Menus have been plastered to the walls to limit contamination.

“It was a kind of weird sensation when we had to shut our doors after just opening, and it was even weirder chopping the door in half,” Morgen laughs. 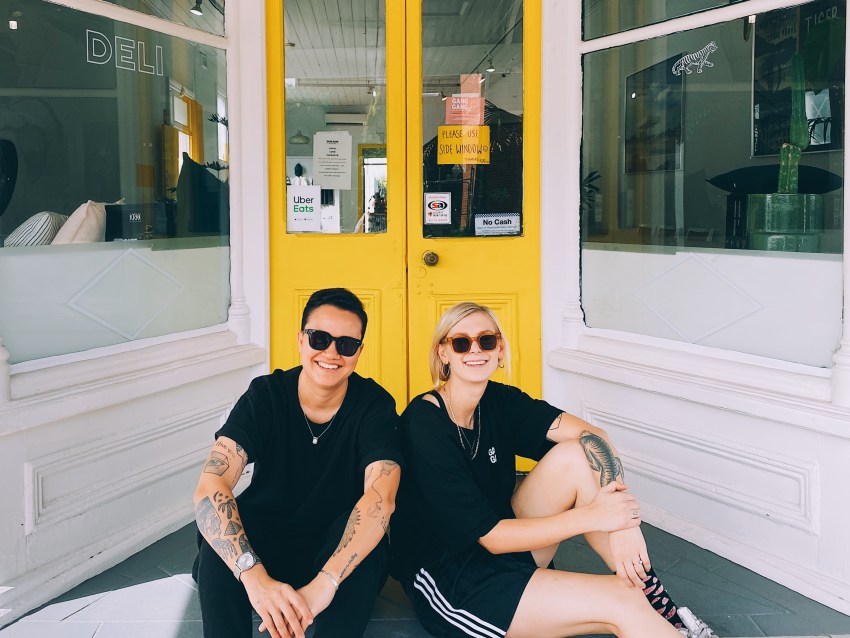 “But we’ve been lucky because we’ve done the truck before as well, so that was kind of a takeaway type vibe.

“In terms of service and things like that we’ve already been adapting to our surroundings and situations – it had been second nature.”

While Morgen and Nina made it clear that in no way was business booming – they are both working double shifts and aren’t totally confident about whether they qualify for state or federal government financial support from the COVID-19 crisis – they report that after adapting their model again, to open Friday and Saturday nights, weekends, especially Fridays, “are now a thing.”

The duo have always wanted to open the deli late over the weekend; however, due to “double whammy-ing” their schedules with the truck and shop, it was never within their comfort zone.

“This forced us to rip the band aid off,” Nina says.

“The plans was to always do nights, but, as you do, you make excuses and hold off and do bits and pieces, and this situation has forced us to just do it – and it’s worked out for the best.” 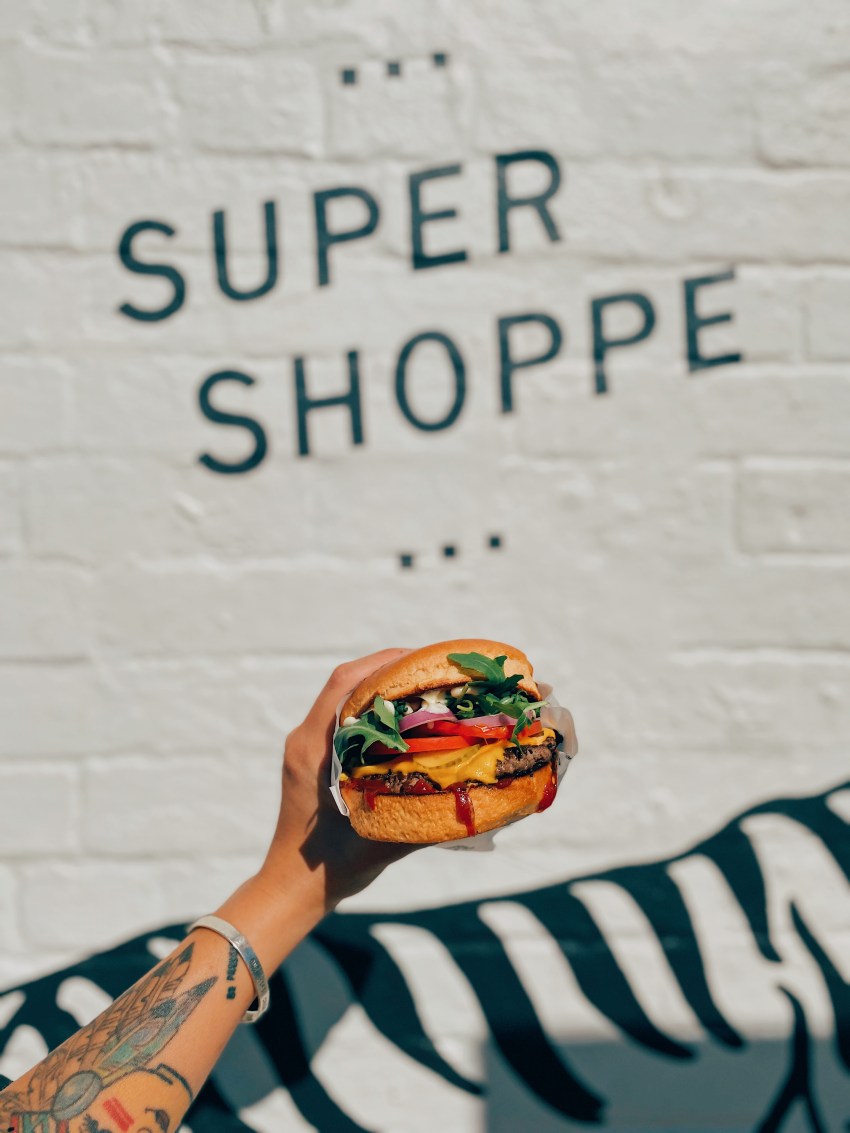 Nina and Morgen are expecting to unveil a refined dinner menu for Gang Gang at the beginning of May, which will feature cult classic burgers and new treats. But they have other plans in-store to get your taste buds excited during isolation, too.

“We might even chuck in, during this COVID-19, a couple of Indonesian-themed nights,” Nina says.

“More than ever, I believe in what we’re doing.

“I think when you first open a brick and mortar, and we were trying to juggle with the truck and everything, we were very stressed and overwhelmed with both operations.

“And now that we’ve seen how we’re supported by the council, customers and staff, and how we could grow, it’s kind of been a blessing in disguise.”