Most of us work so we can have the things we want and need. The same principle is true for the South Australian economy. Far more than a one-dimensional system that moves money around, it’s a tool that can bring us closer to the future we want. 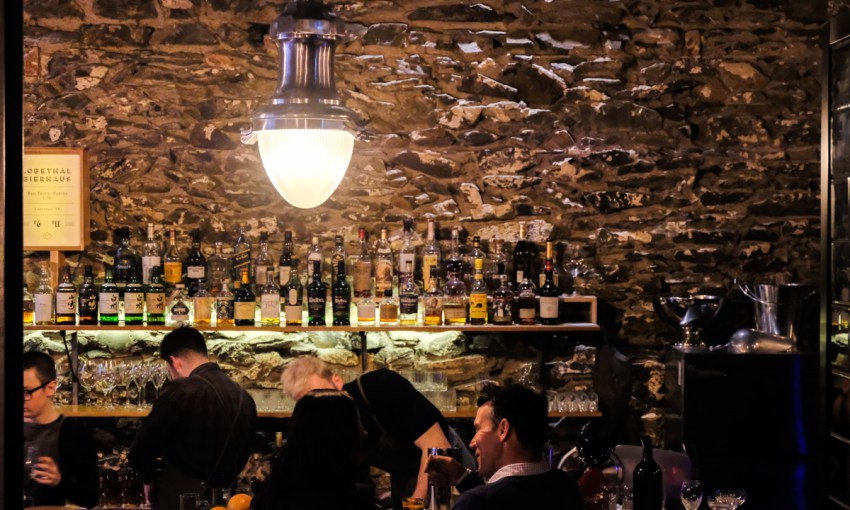 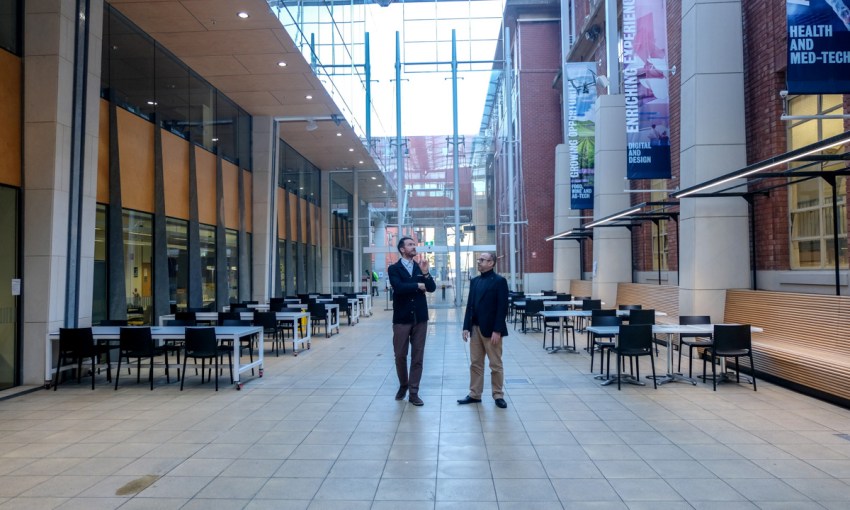 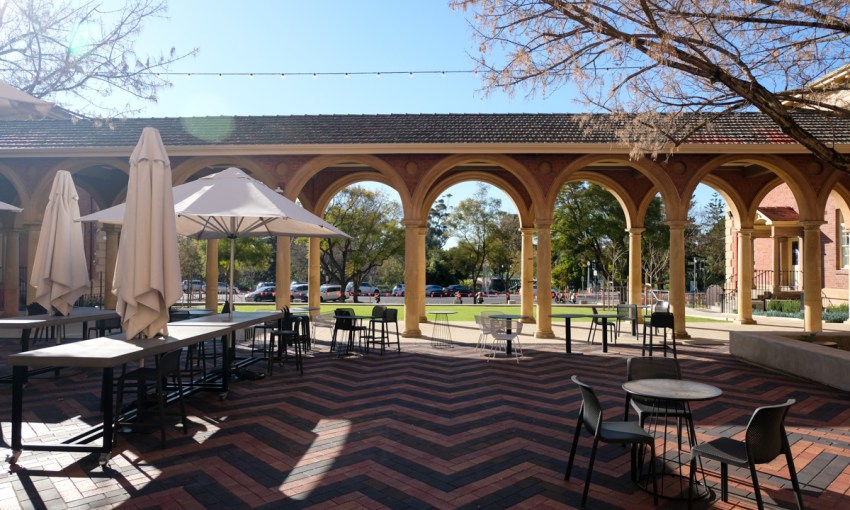 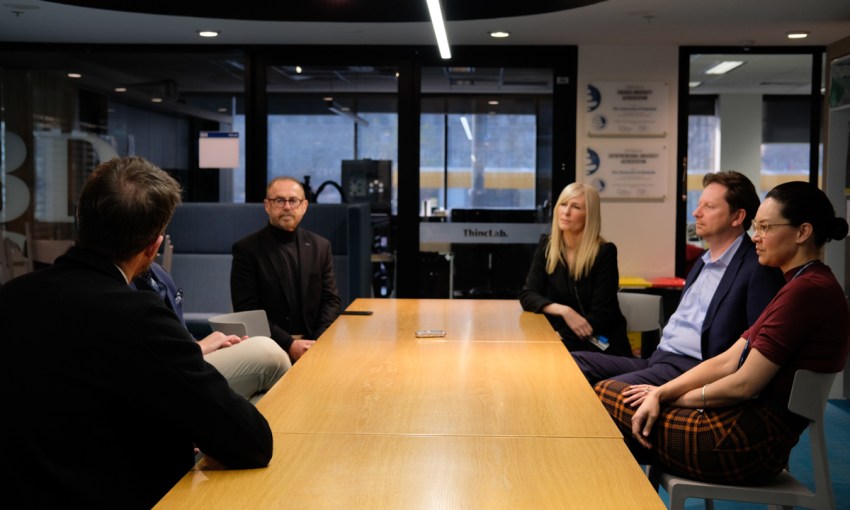 “This is why we work,” says CityMag founder Josh Fanning, as he buys a round of South Australian chardonnay at Peel Street bar Clever Little Tailor.

“So we can enjoy our time not working.”

What Even is the Economy? is a three-part series of articles produced by CityMag and The University of Adelaide, published in words and pictures across citymag.com.au and Instagram.
Read on below and watch interviews recorded live on our Instagram Story here.

This is part three in the series. Go back and read part one and part two.

We cheers and slide into one of the bar’s well-worn booths to reflected on what we’d learnt over the last two parts of this series.

The drink is a fitting end to three weeks spent traipsing through the South Australian economy.

We started out on this journey up in Kuitpo at the plantation forest planted in the late 1800s to look at the economy we grow here.

The second part of the journey took us to a quarry in the middle of the suburbs, near Seacliff, where we discovered the value of rocks and took a look at the economy we mine here in South Australia.

Our day today was spent strolling through the University of Adelaide’s North Terrace campus. Each department we walk past has a connection to the world outside and the economy we’ve wrapped ourselves up in – engineering, architecture, law, accounting, finance… economics.

Our companion on the journey, Professor Noel Lindsay – Dean of the University of Adelaide’s Business School – guides us towards one of the uni’s most dynamic areas, ThincLab Adelaide.

It is one of Australia’s first university-based start-up incubators, and part of a network of ThincLabs across the world.

Universities have always been places of ideas, but increasingly they’re becoming places of innovation.

At the University of Adelaide, Noel has long been leading the push to turn today’s smart ideas into tomorrow’s smart businesses. In 2006, he was a driving force behind the establishment of ThincLab.

As we sit in the space, our conversations build on those from the first part of this series, about the economy of wine.

Wine is sold through what Noel describes as a basic economic process: “People make things and trade things through a medium of exchange, in this case currency”.

Armando also teaches us that wine’s impact reaches well beyond the maker and the buyer.

Go on campus with your hosts and watch the interview with Armando here.

“The importance of wine in the economy for many regional areas is that wine is the pinnacle around which many other things can revolve,” says Armando.

“Wine can support, for example, the gin industry, the food industry, it can make sure that people are not abandoning regional areas to all move into the urban areas.

“If you take wine out of the equation many other things would also not be present.” 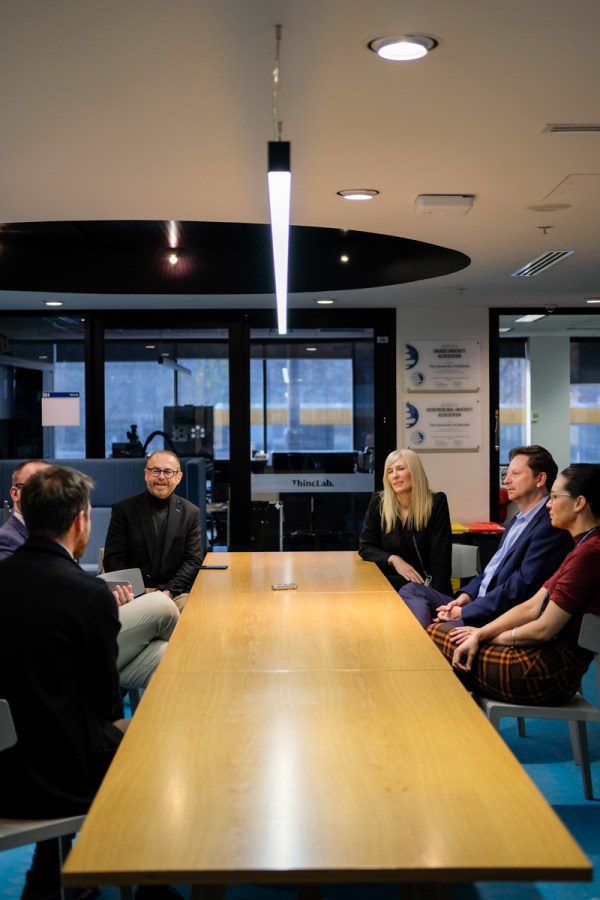 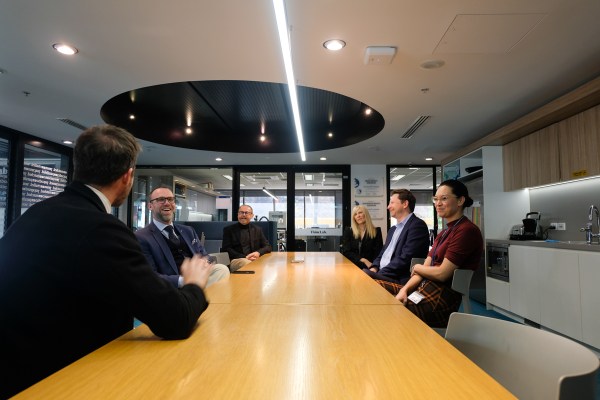 This expansive impact assessment can be applied to almost all the goods and services within the South Australian economy.

The education of international students supports the rental market. The presence of forestry in the state’s South East creates jobs at the nearby paper mill. Conversely, the shuttering of car factories results in many small businesses that supplied parts to those car factories also closing.

This interconnectedness is what makes the economy seem scary, and sometimes feel out of control.

Our series is meant to be a bit of an antidote to the uneasy feeling that’s become mainstream since the novel coronavirus threw an earth-sized spanner in our works.

We wanted to highlight the fact that South Australia can feed itself and others. We even make our own toilet paper here.

As a paycheque allows us to have a glass of wine at the end of the week, the health of South Australia’s finances – its economy, and that of the nation – allows us as a community to have things like functional roads and high-quality education.

Understanding how “The Economy” became weaponised against the very people who constitute it (that’s you and everyone you know), is not a simple 101 course at the University of Adelaide (or three-part docu-feature on CityMag).

But we do see that the complexity of the economy has been used by politicians and the media to hide some of the more simple truths about this universal measure of success.

“Everything with the economy seems to come down to a belief in the future,” Josh half states, half asks the group Noel has gathered together for one final go at demystifying the economy.

“Like that plantation forest we visited when we started this series – that was a move based on hope, really, that in three or four decades time, those trees would grow and people would want to buy that wood and build things with it.”

Noel wants a few more ingredients in the economy than merely a ‘belief in the future’. He says it’s about the present, too.

“If I’m going to buy something from you, I’m going to give you some sort of monetary exchange,” he says. “But for that to work, there must be trust in money’s consistent value.”

Trust seems like a precarious building block on which to base the fate of the global population, but Professor of Finance at the university’s School of Accounting and Finance, Ralf Zurbruegg, is quick to point out that, at least when it comes to currency, trust isn’t all left to chance.

“You can ensure there is value in the currency by requiring that taxes are paid in the local currency,” he says. “By doing that, you’re creating demand for the currency and enforcing trust in it.”

And Noel says there’s lots of mechanisms for making trust in the future less of a gamble, too. One of those mechanisms is the university that we’re walking through.

“Developing an entrepreneurial mindset is core to what we do here,” says Noel. 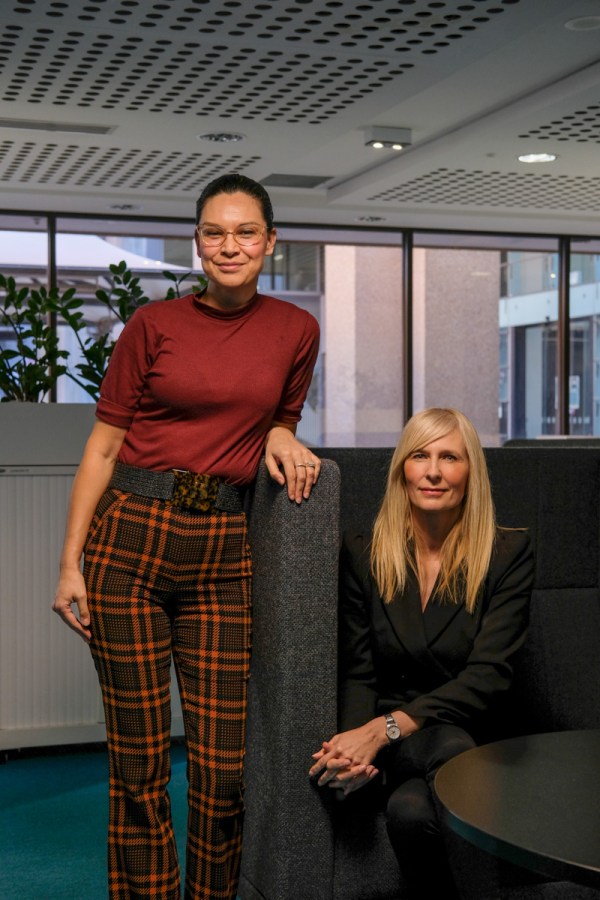 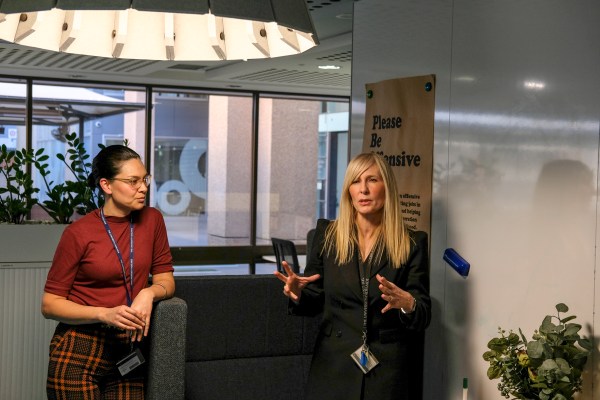 Zrinka Tokic has worked alongside Noel since 2006 and now, as Director of ThincLab, she is continuing to shore up the future by populating it with well-prepared entrepreneurs.

“We have done years of trial and error to see what works best at ThincLab,” says Zrinka. “Each year we change, we add, we adapt. We are always in start-up phase, we practice what we preach.

“Once people bring their ideas into ThincLab they receive mentoring, we do development days, we do quarterly planning, we open our networks, we introduce them to investment capital – it’s a whole other world they are exposed to.”

Zrinka’s colleague, Julia Miller, lists Bygen, a company that turns waste products into activated charcoal that can be used in cosmetics and water purification, among recent ThincLab success stories.

It’s the kind of company that paints a picture of a green, smart, and trustworthy future for South Australia. 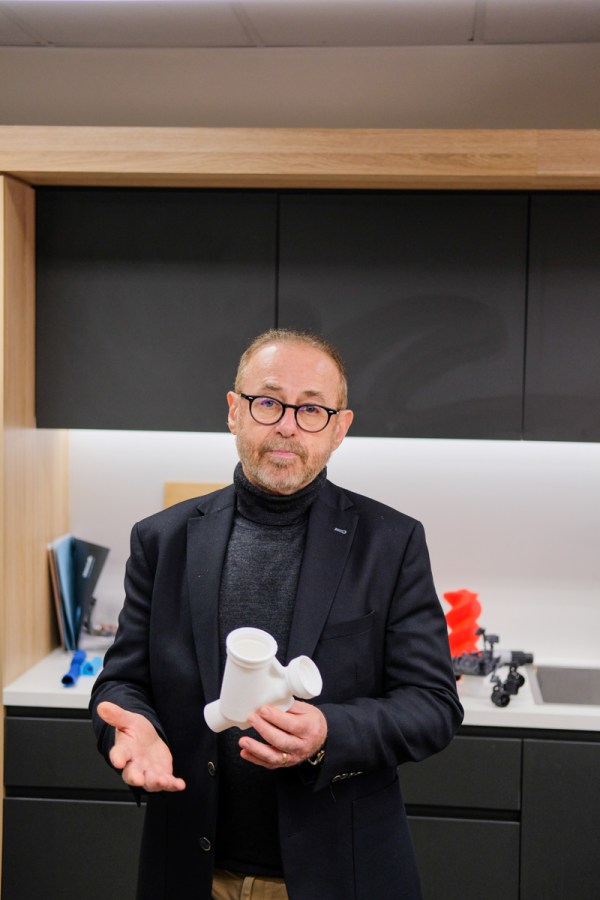 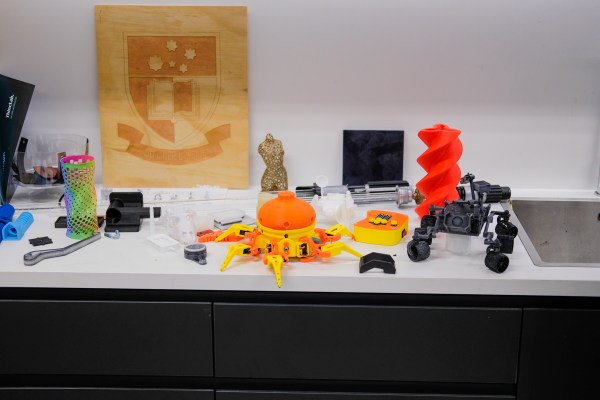 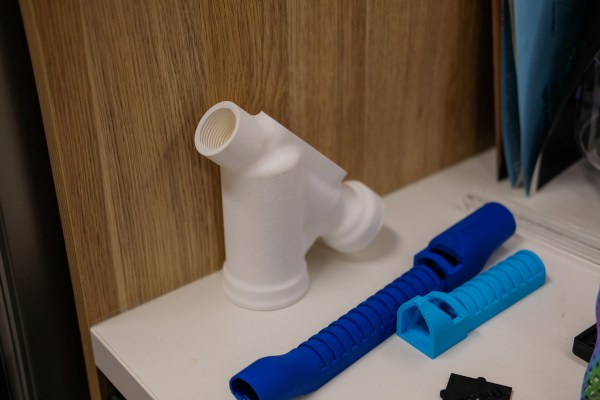 This may not look like much, but to a plumber it may well have changed your whole project flow. ThinkLab do rapid prototyping with innovators from every industry

Back at Clever Little Tailor – where SA’s economic history can be seen in the bluestone walls hewn from the hills above Seacliff and in the family-made beverages served – hope for the future is also present. While the bar might not have the high-tech credentials of Bygen, it is innovative in its own right.

Dana and his co-founders trusted that Adelaide would support their idea, and seven years later they’ve been proven right. And their choice to trust has impact – it resulted in a cascade of events that have pushed SA’s hospitality scene forward.

When Clever Little Tailor first opened its doors here, they were the only venue on Peel Street. Now, the laneway is full of bars, restaurants and cafés – a community of traders who sprung up in the wake of one good decision by entrepreneurial “can-do” thinkers of the sort Noel fosters at the University of Adelaide’s School of Business.

Whether it’s a new high-tech business or a proliferation of venues, there’s plenty of positive examples that show the power of the economy to make change in SA. 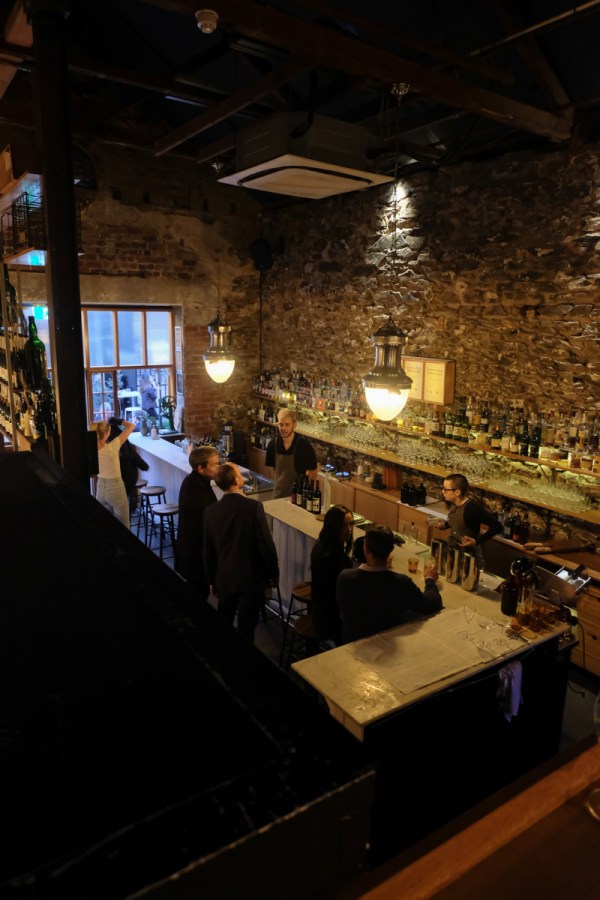 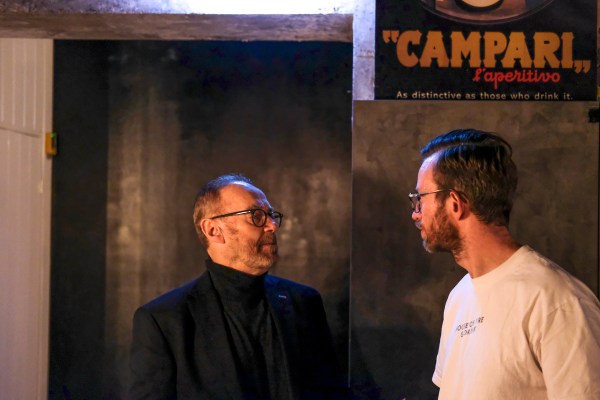 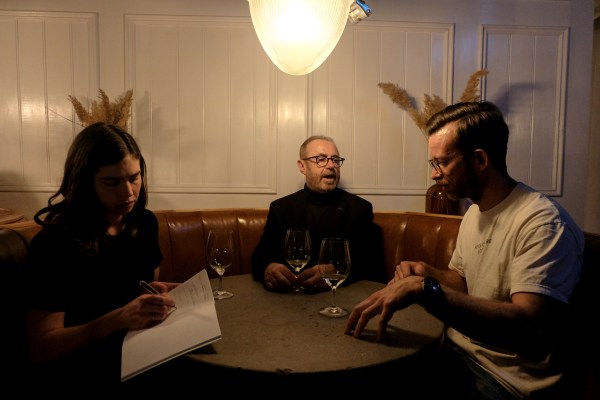