Slice of Brooklyn brings the New Yorkapolitan to ADL 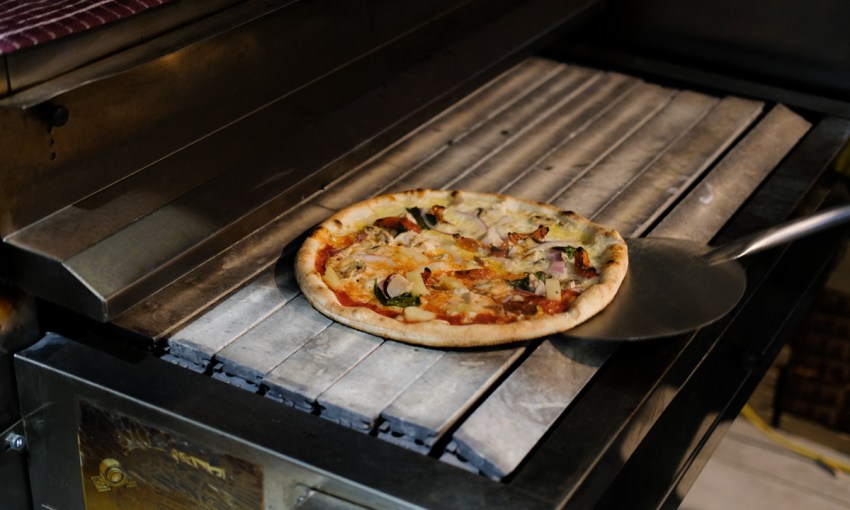 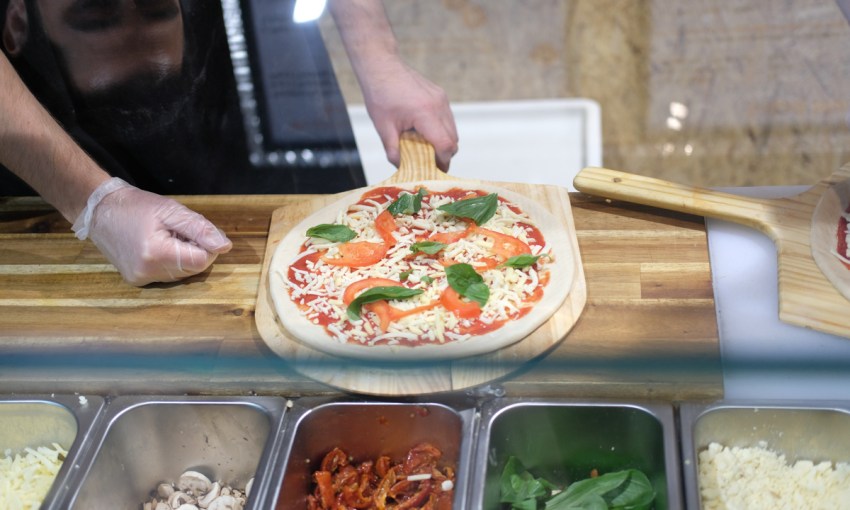 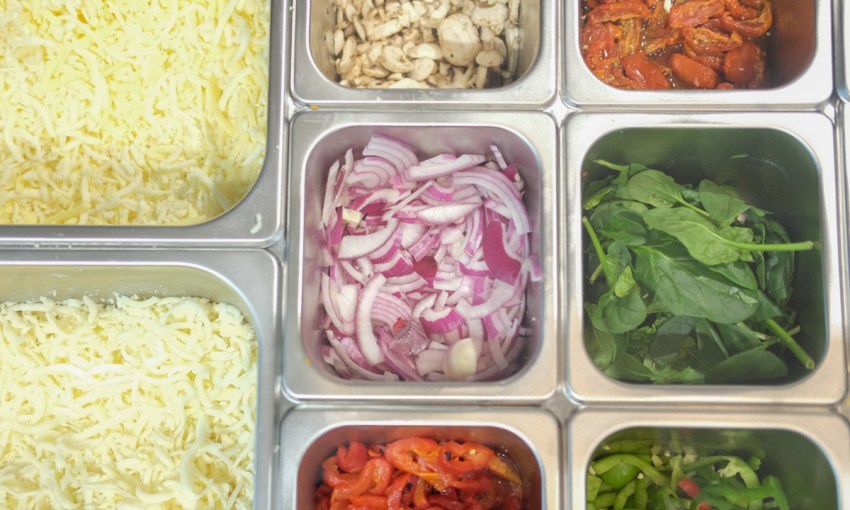 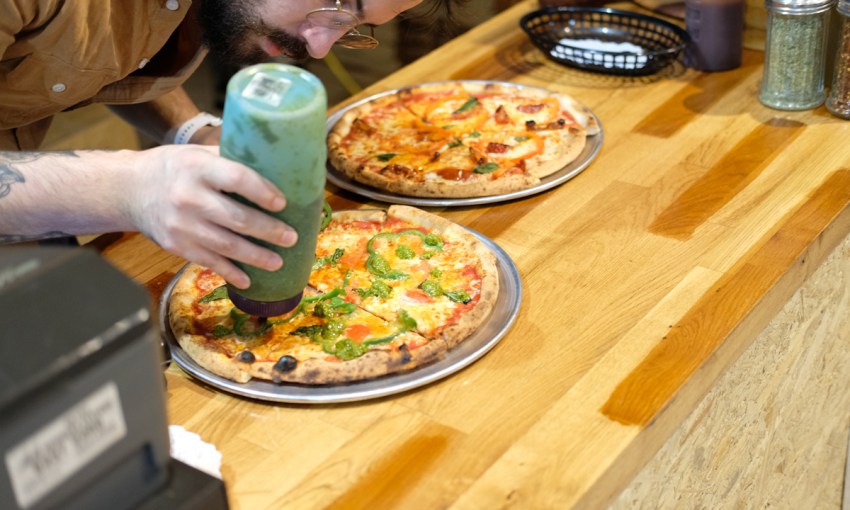 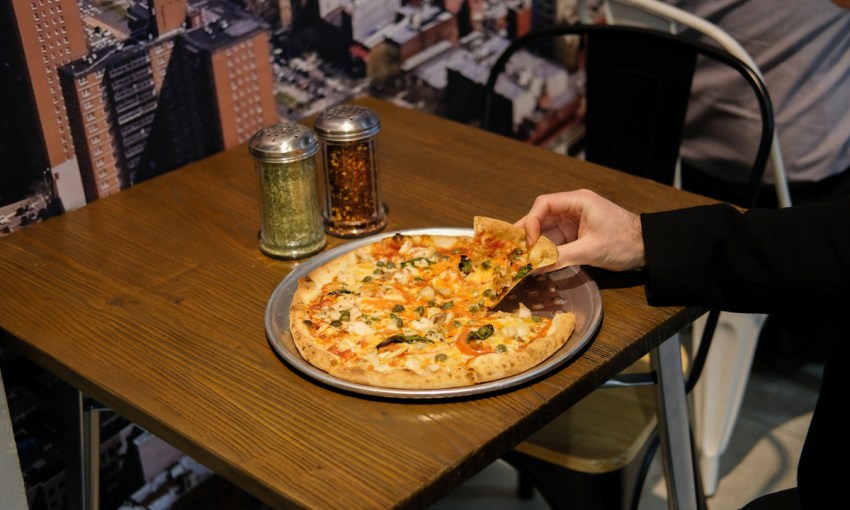 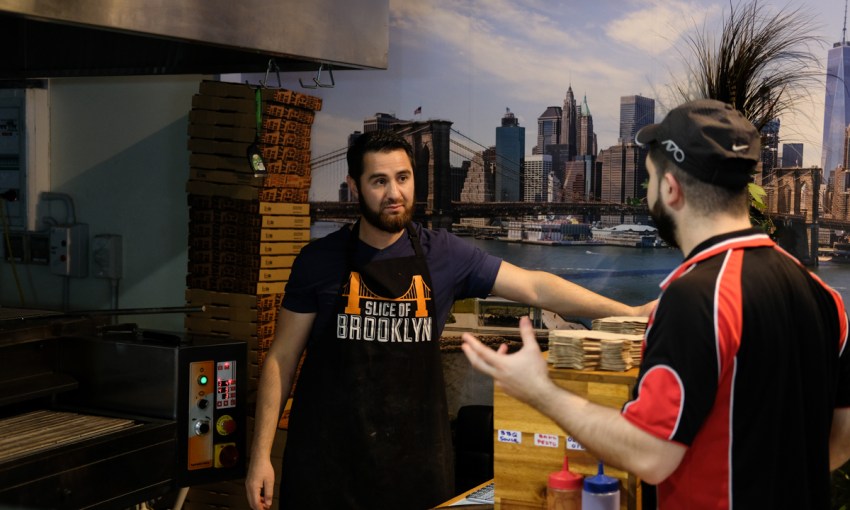 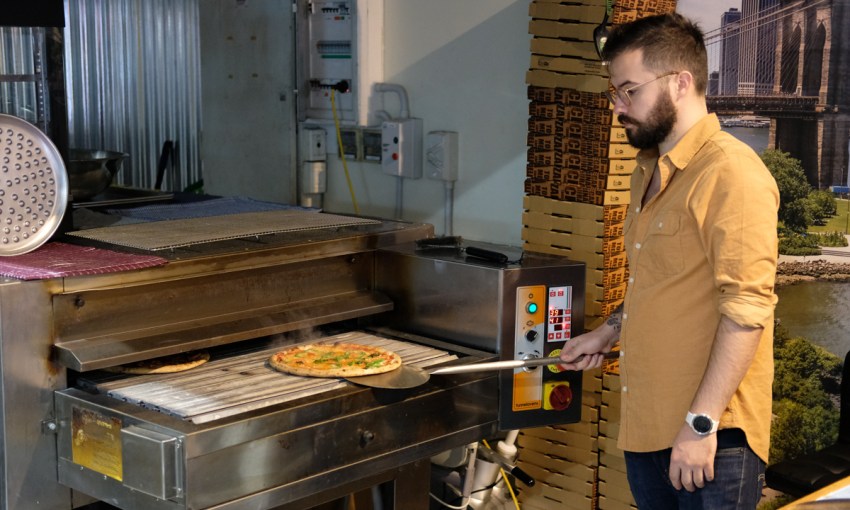 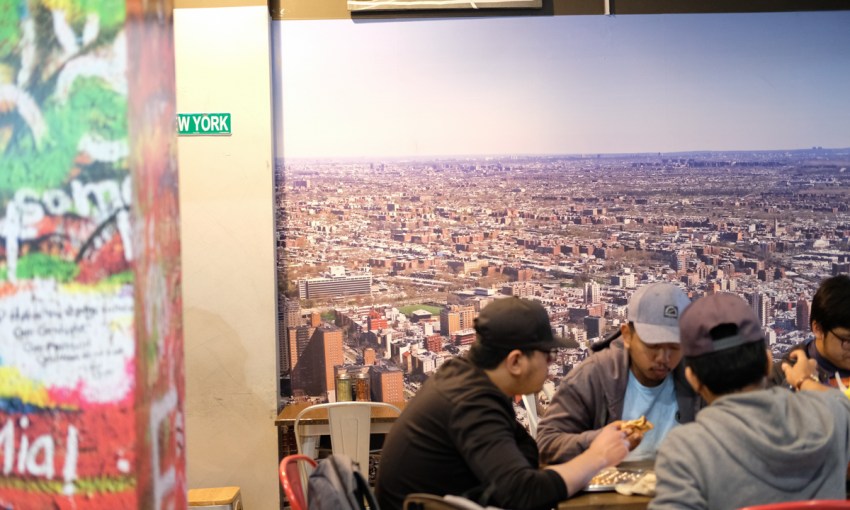 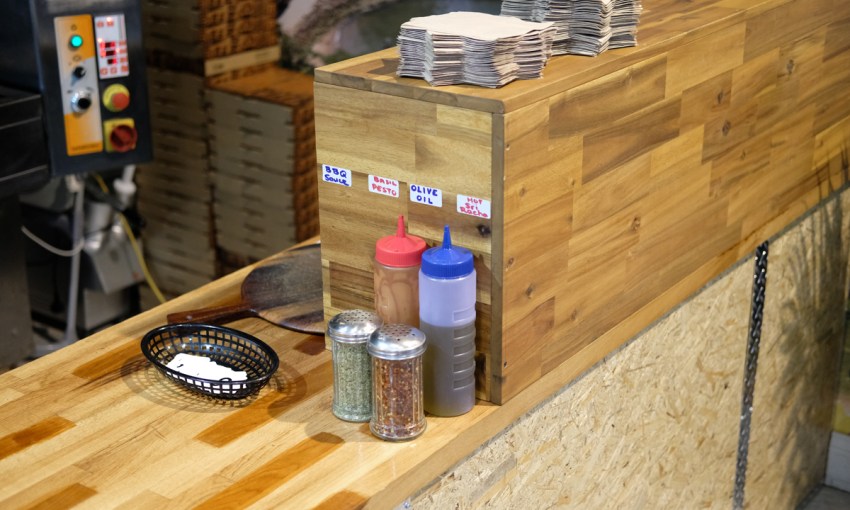 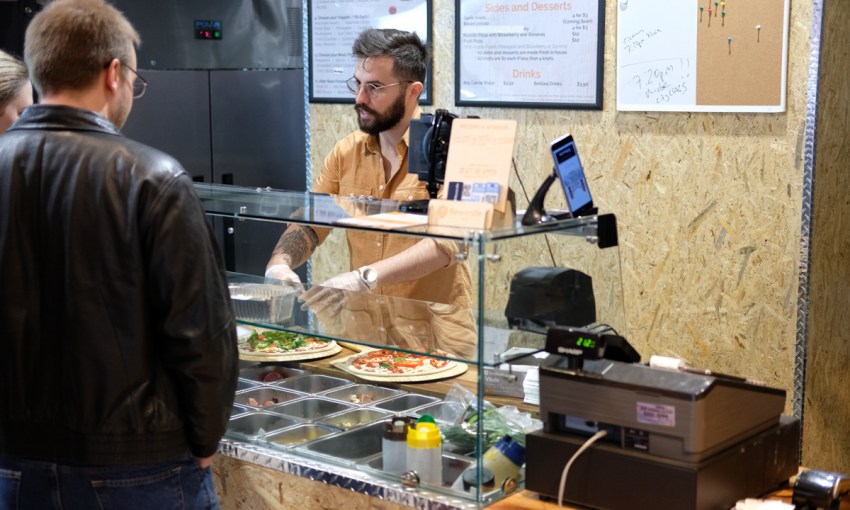 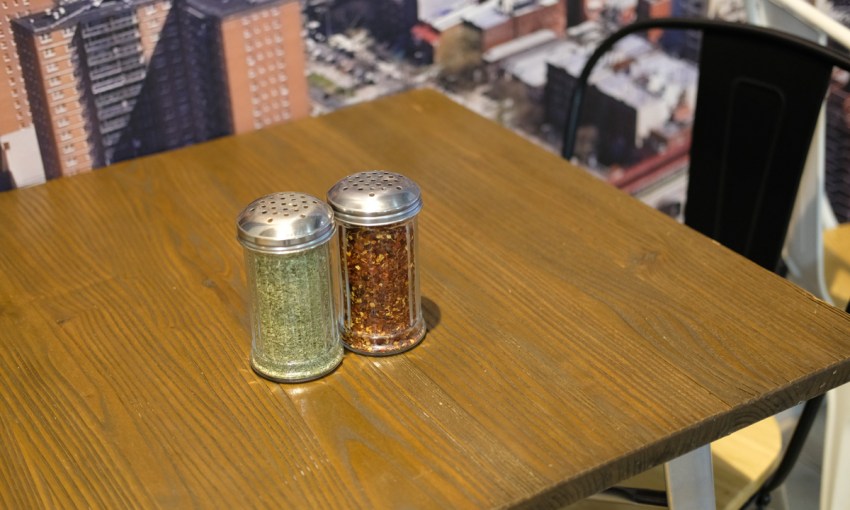 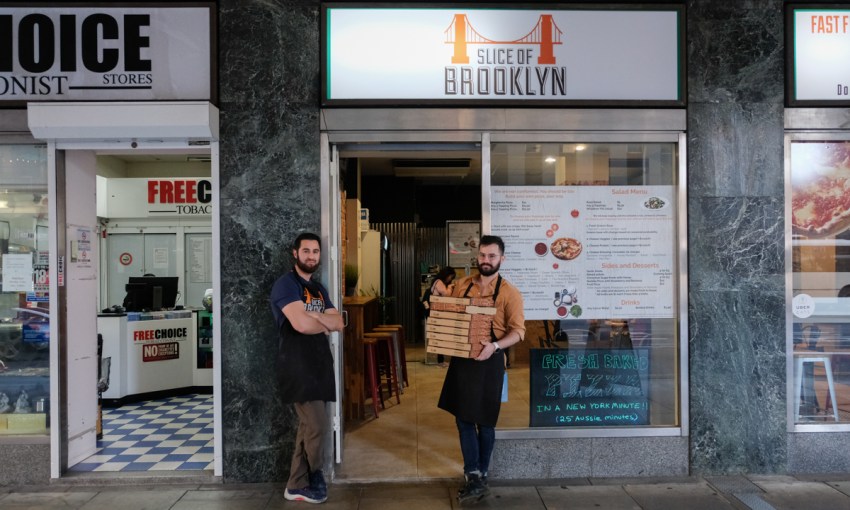 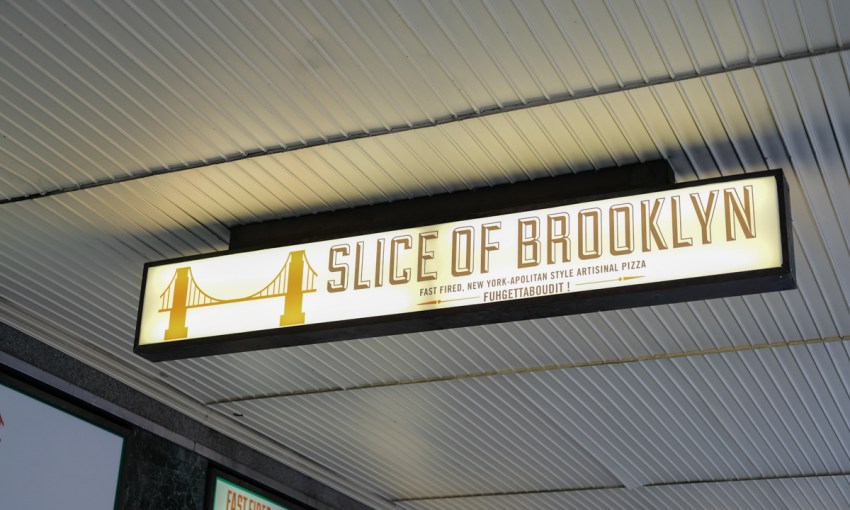 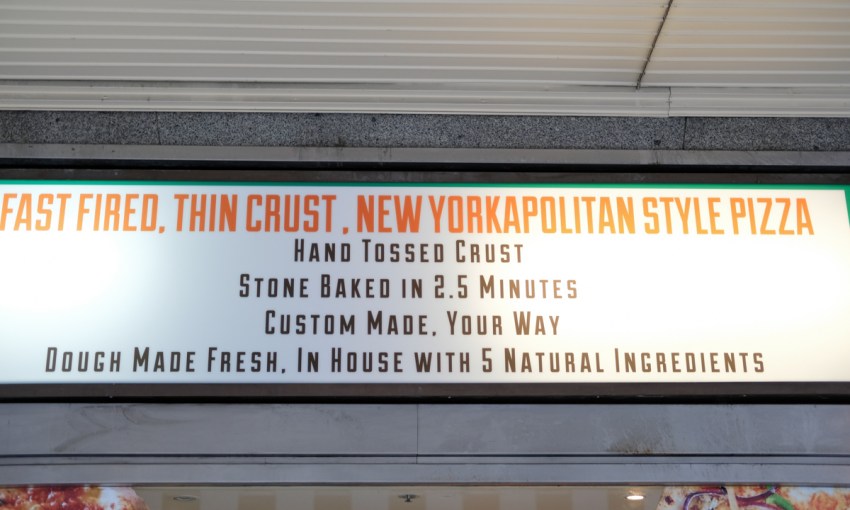 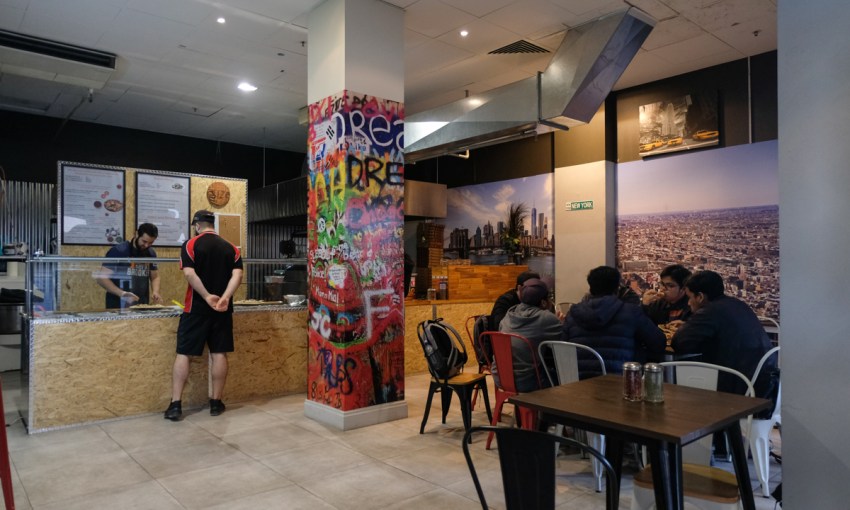 In Ned Hasanoff’s slice of Grenfell Street, a few doors back from the Grenfell/King William intersection, a huge paste up of South Brooklyn reminds the pizza maker of home.

The business is also about to start home delivery in the CBD and surrounding suburbs so follow Slice of Brooklyn on Facebook or check their website for these details and regular specials.

“I grew up with good pizza, from New York. So I’m in Brooklyn – Totonno’s, Grimaldi’s, all the famous New York places, you know?” Ned says in a quick-fire NYC accent.

To a proud New Yorker, pizza has strictly defined characteristics, and in all the years Ned’s been back, the pizza on offer has never quite hit the mark.

“You either get a big piece of bread, or you get a fancy Neapolitan pizza, brick oven, pay $30 for a margherita, you sit down with a glass of wine, and before you know it your wallet’s empty – for a pizza,” Ned laughs.

“So every time I’d go back to New York, every couple of months, I’d just binge out on pizza again, because I know when I’m back here in Adelaide it’s not going to happen.”

Ned saw an opportunity to cater to this neglected niche, left his career as an accountant, and set out to bring a brand new style of pizza – the New Yorkapolitan – to the people of Adelaide, via his pizzeria, Slice of Brooklyn. 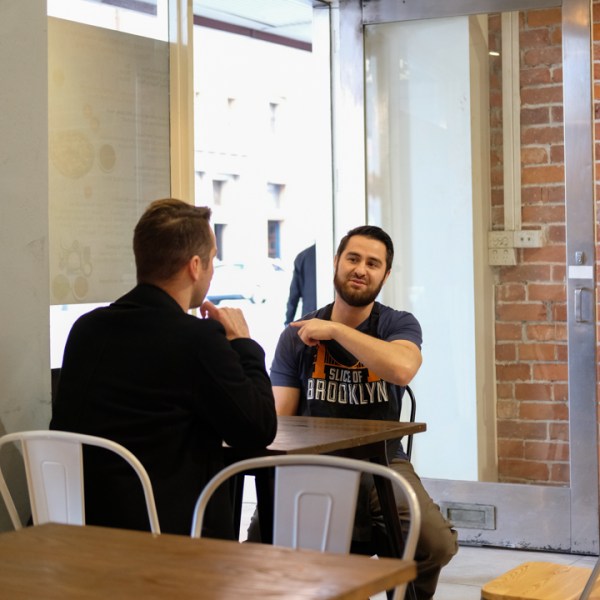 Ned Hasanoff in conversation with CityMag.

“Technically speaking, a New York pizza cooks at 320 degrees for like six, seven minutes, and then a Neapolitan pizza cooks in a minute and a half at 450 degrees,” Ned explains.

“So this is right in the middle. When you cook it at this temperature (420 degrees), it’s crispy, the base, not crunchy, but the inside is still soft. You look at the edge, it’s still got those nice air bubbles, it’s airy dough. You get a nice mix of both worlds.”

The pizza’s style is not the only American import; the concept behind Slice of Brooklyn also comes from a trend in pizza on the rise across the United States: custom-make and fast-fired.

“You say Subway of pizza and people get it pretty quickly,” Ned says. “You line up, you choose your own toppings.

“That just took off in America, in 2011 the first one started, it was called Blaze Pizza. And then a whole bunch of other ones followed.

“It’s a new concept, so what we’re doing now is we’ve found that some people prefer just to have one made for them: ‘Give me a supreme. Give me a Hawaiian.’ So now we’re going to have a selection of that… but most people here choose their own toppings.”

“I actually said that I’m not going to open unless I get one of these [ovens], because it makes it a lot easier,” Ned says.

“I had some relatives here for opening night – they didn’t look too closely at the kitchen – and one cousin, when he was eating, asked me, ‘Man, how’d you get a wood-fired oven in here?’

“I said, ‘Look – there’s no wood-fire here.’ Because it’s cooked on a stone conveyor belt rather than steel and it’s cooked at a high temperature, it has a very similar flavour to wood oven pizza,” Ned explains.

Slice of Brooklyn is the perfect pizza option for its CBD locale – quick enough to suit a half hour lunch break, light enough to not act as a sedative when you’re back at your desk.

Looking at the Google and Facebook reviews, Ned says he’s proud to have had more than 50 reviews and maintained a 4.9-out-of-5 star rating. Local TV Channel 44 even listed Slice of Brooklyn in their Top 5 Pizzas in Adelaide.

But in the six months he’s been trading, Ned says it’s his customers’ reaction to his pizza that makes him happiest.