Binh Ngo and a group of dedicated volunteers from the Vietnamese community have been working on this delicious party for four months, as a new generation reimagines the 39-year-old Adelaide Tet Festival in South Australia. 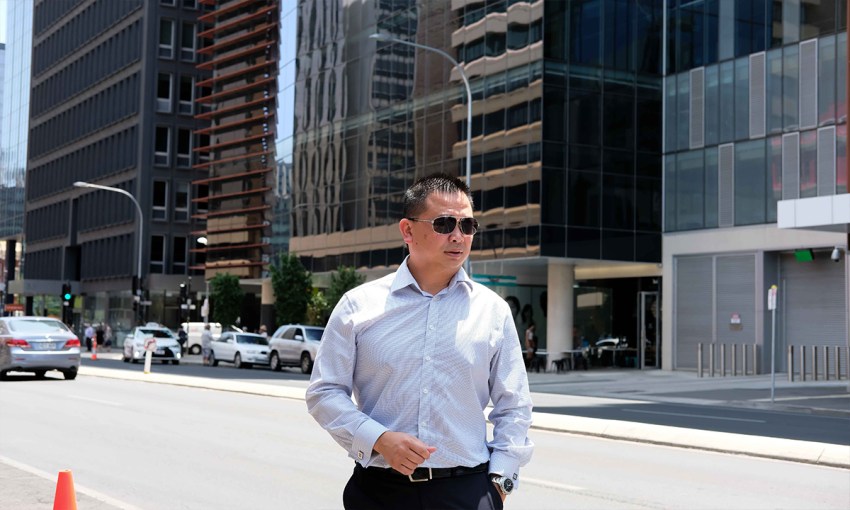 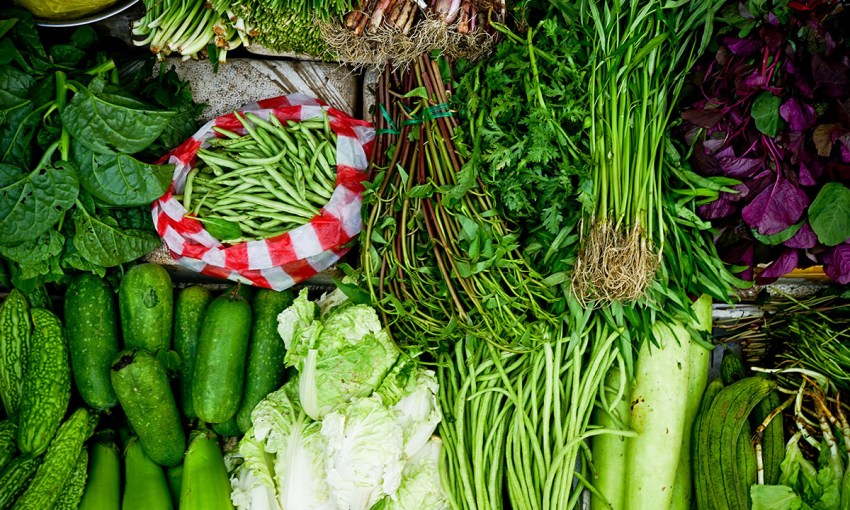 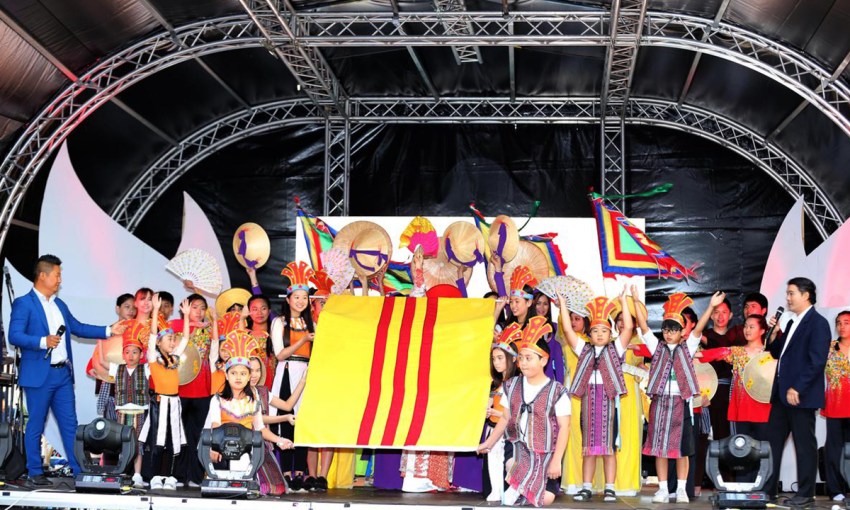 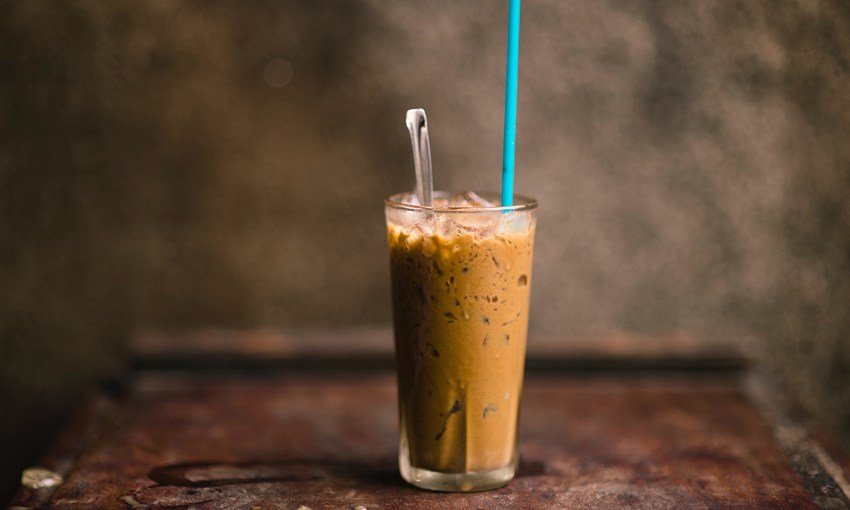 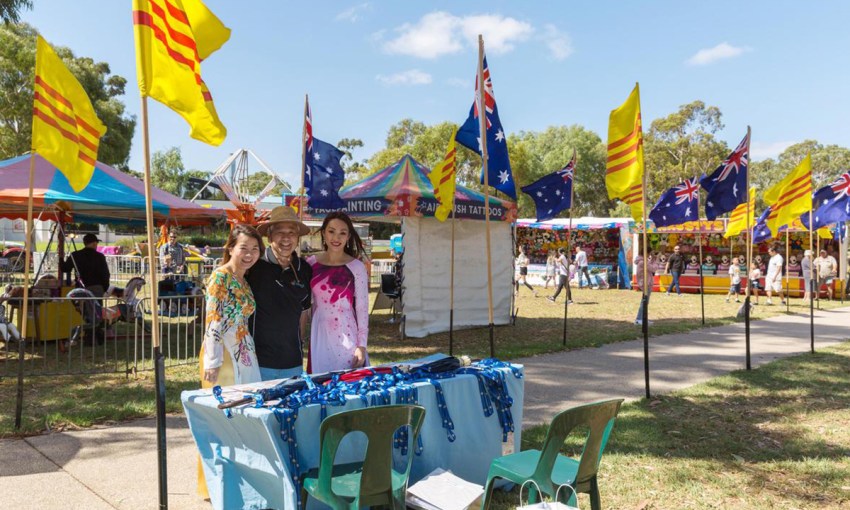 “The Adelaide Tet Festival is our biggest event,” says Binh Ngo as we sit down for lunch at Tay Do on Flinders Street.

“Essentially it’s a month-long celebration. People prepare and spend weeks, if not the entire month before, getting the house ready and preparing special food for what is [Vietnamese people’s] equivalent of Christmas.

“Everyone down tools and gets together to eat and talk and spend time with family during Tet.”

Binh is Festival Director for Adelaide Tet Festival 2020. We’ve been sending emails back and forth trying to arrange a good time for this interview, but as he’s a volunteer it’s been hard to catch him while he races to finish key milestones at his day job.

Binh will be taking a total of three weeks annual leave just to focus on the Adelaide Tet Festival.

“The food is a big factor, food comes first,” says Binh matter-of-factly. “Celebration of any kind in Vietnamese culture revolves around food.”

And Tet has some special menu items associated with it.

Bánh Chưng is similar to the yum cha dish, sticky rice. The process of making bánh chưng is time consuming and requires the contribution of several people. Family members often take turns to keep watch on the fire overnight, telling each other stories about Tet from years past. Binh says everyone needs to taste this delicacy. 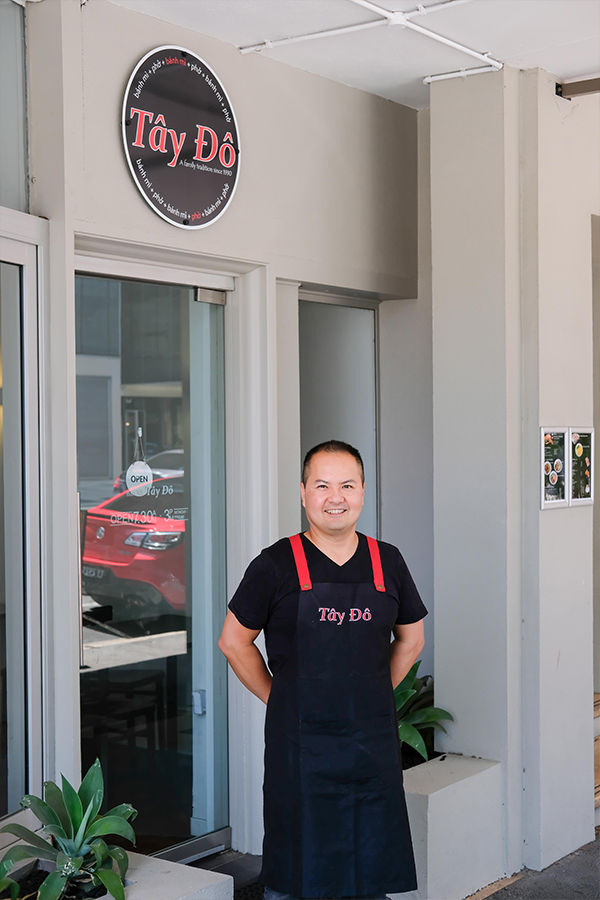 Joe Huynh of Tay Do restaurant on Flinders Street. Tay Do is a sponsor of Adelaide Tet Festival this year 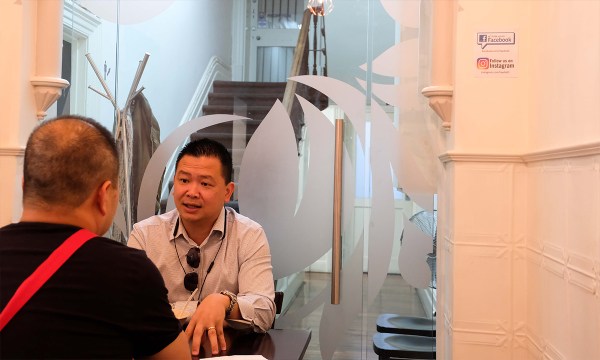 There’ll be over 20 food vendors at Tet Festival this year, a huge jump on previous years. Indeed, the whole festival has been supersized by Binh and the organising committee, charged by the Vietnamese community with bringing the event together in its 39th year.

The larger format and central location of this year’s Tet Festival are symptoms, Binh tells us, of the festival’s need to reinvigorate its audience and challenge the community to share this special time with a broader cross-section of South Australia.

Binh is also quite honest about the festival’s waning popularity with the younger generation in recent years, and that this year’s event at Bonython Park is primarily about bringing young Vietnamese families back to Tet.

“We wanted to focus on the fun and the enjoyment aspect of Tet,” says Binh. “It’s not without thinking about the future of course, but many younger generation haven’t been to Tet for five, six, or seven years. They have families now and so we need to be catering for their needs.”

In a big departure from Tets past, this year’s festival will have sideshows and amusements aimed specifically at children. Stages will still host traditional performances of song and dance throughout the day and Binh says everyone needs to come along to see the Aó Daì – traditional Vietnamese garment – parades.

Binh knows the success of his first Adelaide Tet Festival as director will hang on the food and drink experience.

“This year we’re asking all our food vendors to think differently about their set up,” he says.

“Instead of putting the kitchen at the back, we’ve suggested they bring everything to the front of the stall and put it on show.

“80 per cent of flavour is the vision and smell of it being prepared. We want people to be able to sit around stalls and eat their meals fresh from the kitchen – Vietnam is famous for its street food experience.”

And backing up this new vision for the Adelaide Tet Festival is the Vietnamese Community in Australia / SA Chapter Inc.

“The only reason I’ve gotten involved with the Adelaide Tet Festival this year is simply because of the currently elected group. They actually want to do something that’s unique that is different and forward thinking,” says Binh.

“They’re willing to try different things. We’re more than ready to take the next leap and all credit should go to them, because it’s their vision to bring Adelaide Tet Festival to a more centralised location and open it up to the wider community.”

“Having the vision is one thing, but having the courage to take risks is another. Speaking of which, I have been extremely fortunate to have the most amazingly talented, creative, collaborative, fun and committed Organising Committee (OC) ever. Without this very special OC of volunteers, our festival would not be possible.”

The two-day Adelaide Tet Festival begins on 1 February at Bonython Park and is open to everyone in South Australia to attend. 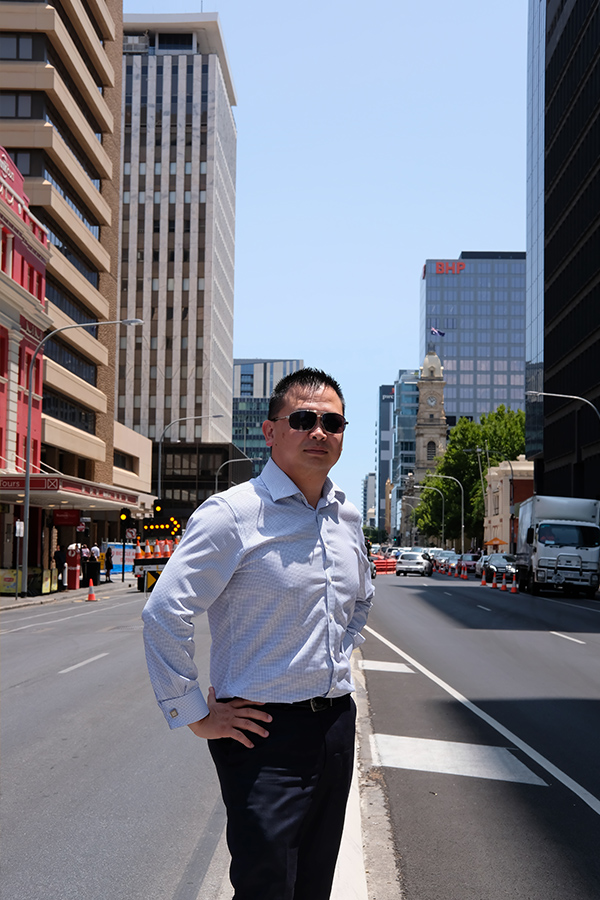 For the first time ever, Binh says there’ll be a beer garden at the Adelaide Tet Festival. There won’t be any of Vietnam’s famous Bia Hoi, and there won’t be any Vietnamese beer brands of any sort at the event.

“It’s hard,” says Binh, “because obviously there’s that expectation we will be selling Vietnamese beers – but this becomes political quite quickly as there are many in the community here who do not want to support brands from communist Vietnam.”

Binh’s mother and father fled Vietnam in 1982, when he was seven years old. The night his family fled, they had sent all the children – Binh’s six brothers and sisters – ahead to a family friend’s house by the coast. Binh had refused to leave his mum and dad, and while none of the children knew they were about to leave Vietnam forever, Binh very nearly got left behind.

“Mum and Dad were about to step outside for the last time,” says Binh, “about to close the door, to leave for good and then Mum said, ‘What about Binh?’ She remembered that I was sleeping inside. In their mind, all the kids had gone off already. Otherwise I would have literally woken up, home alone.”

Binh’s family came to Australia via Malaysia as refugees where he says they had their choice of various commonwealth countries and the United States.

“This is a common story,” says Binh.

“A lot of other families would have gone through similar situations as ours – having to flee war-torn Vietnam. We – kids of our generation – could never appreciate the sacrifices that our parents have made. Until you get older and have your own family you cannot truly appreciate it.”

But now Binh is looking at what his parents did and how much he’s got to thank Australia for.

“Our community centre came about to support the refugees when they first came over in terms of settlement,” explains Binh. “Our needs have changed over time. Our community is established. Australia has given the community everything we could have needed as refugees.”

Now the Vietnamese Community Centre in Athol Park is providing resources and support for new refugee groups in Australia – passing on their experience, wisdom and determination to succeed and flourish here.