As the Adelaide Park Lands approaches its 200th birthday, CityMag spoke with a futurist, an ecologist, a sustainability expert and an Indigenous elder about whether our green belt will be fit for purpose in 2037.

The park lands slow us down – and Dr Kristin Alford thinks that’s a good thing.

“Around the world, cities are looking for ways to exist in concert with nature,” she says.

“The park lands provide a moderating effect, a regulating rhythm for the city of Adelaide – this is precisely the approach we need in the mid-21st century.” 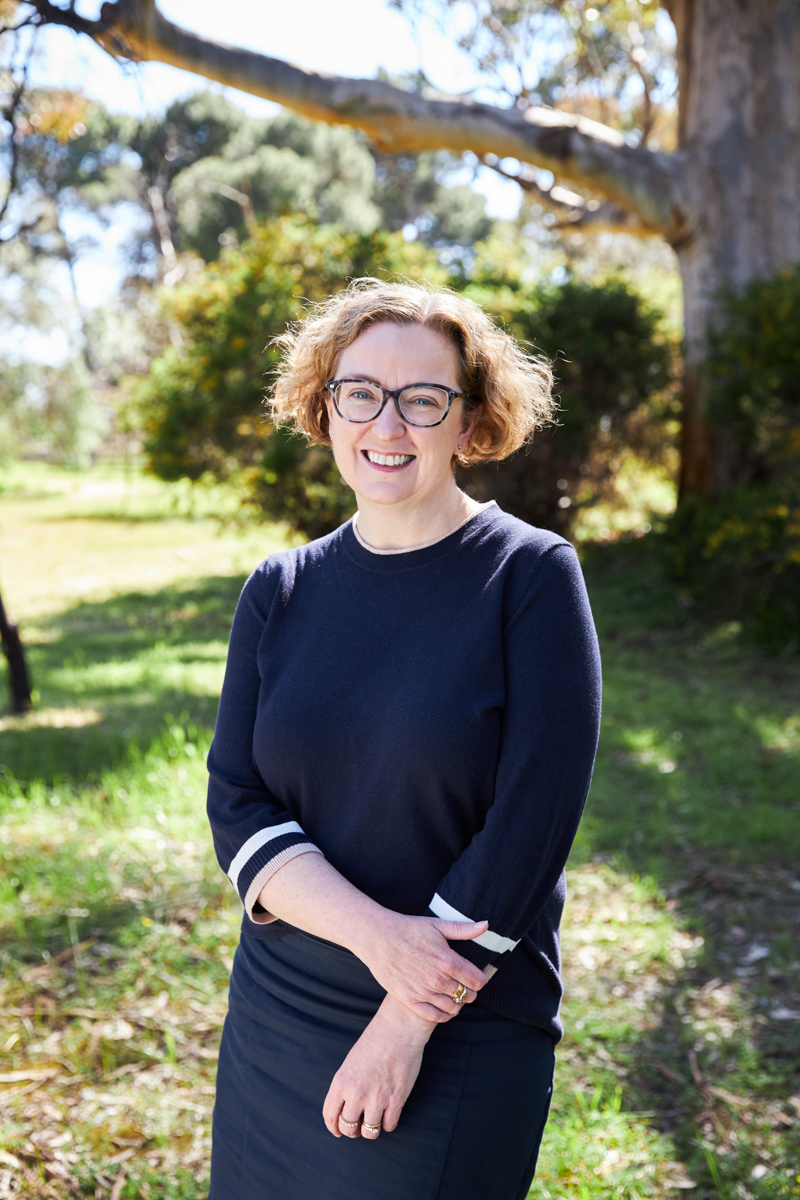 Kristin is Director at UniSA’s MOD, and a professional futurist, a role that is less hoverboards and robots and more about guiding people’s thinking.

She says it’s now unrealistic to talk about the future without factoring in climate change.

“If we’re thinking about what we want our park lands to be, we should have the freedom to explore a whole range of possibilities – to be more creative, to be less anchored by the mistakes of the past, to be more open to the opportunities that are coming with social, environmental and technological change,” Kristin says.

The futurist believes we should rely heavily on science to help us ensure the park lands remain sustainable into the future.

“Yes, consultation with the public about what they value is important,” she says.

“Having done that, improving environmental resilience, building biodiversity, maintaining that sense of nature in Adelaide – all of these aspects require consultation with experts to get right.

“Also, the world is not just ‘for’ people – we must think about humans as part of a larger system.” 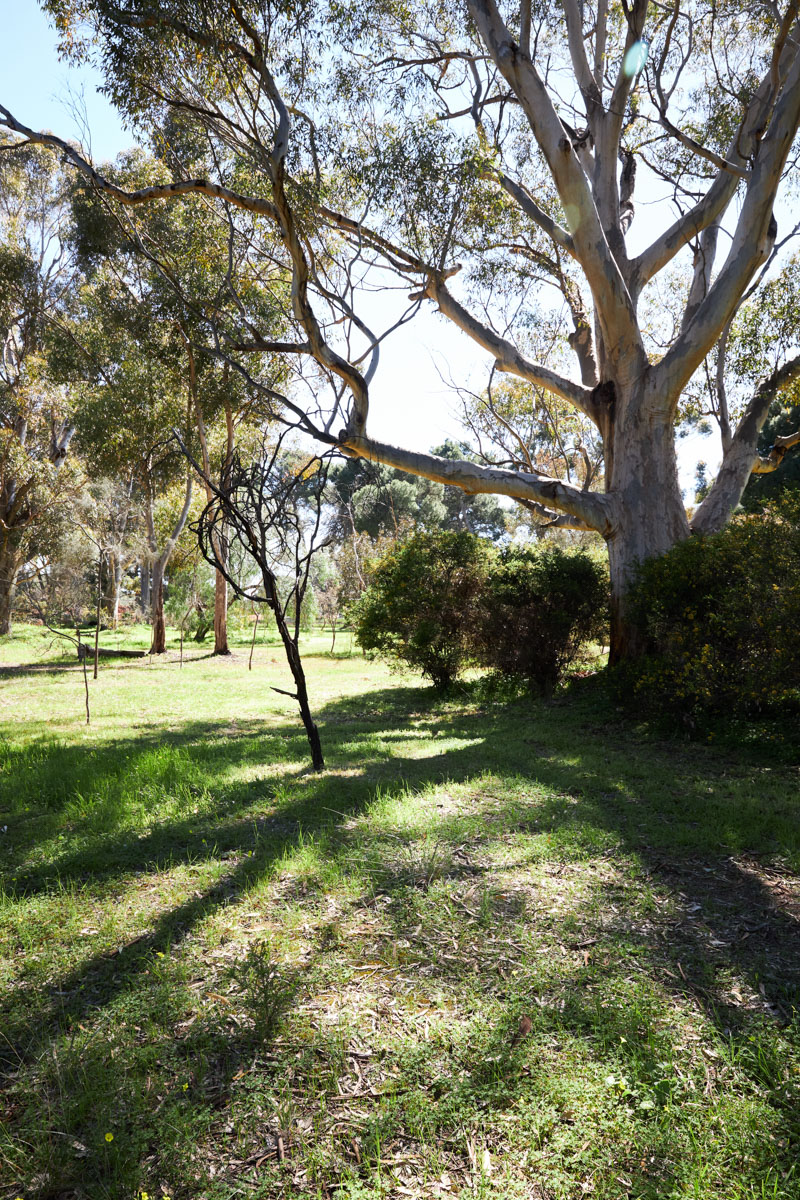 Dr Martin Breed is an ecologist, based at Flinders University. His vision for the park lands involves maximising opportunities for people to form close connections with nature.

To achieve this, we might need to sacrifice some of our lawn.

He thinks we should expand areas that have more complex ecosystems, as seen in the bushy pocket at the south-eastern corner of the park lands.

“Here there are multiple canopy layers, including ground cover, shrubs, small trees, and the taller, iconic gum trees above that,” Martin explains.

“We could also create areas that deliberately reignite connections between land and culture – I’ve seen this working well at Kings Park Botanic Gardens, Western Australia, where local vegetation is displayed and  linked with information about Indigenous languages and practice.” 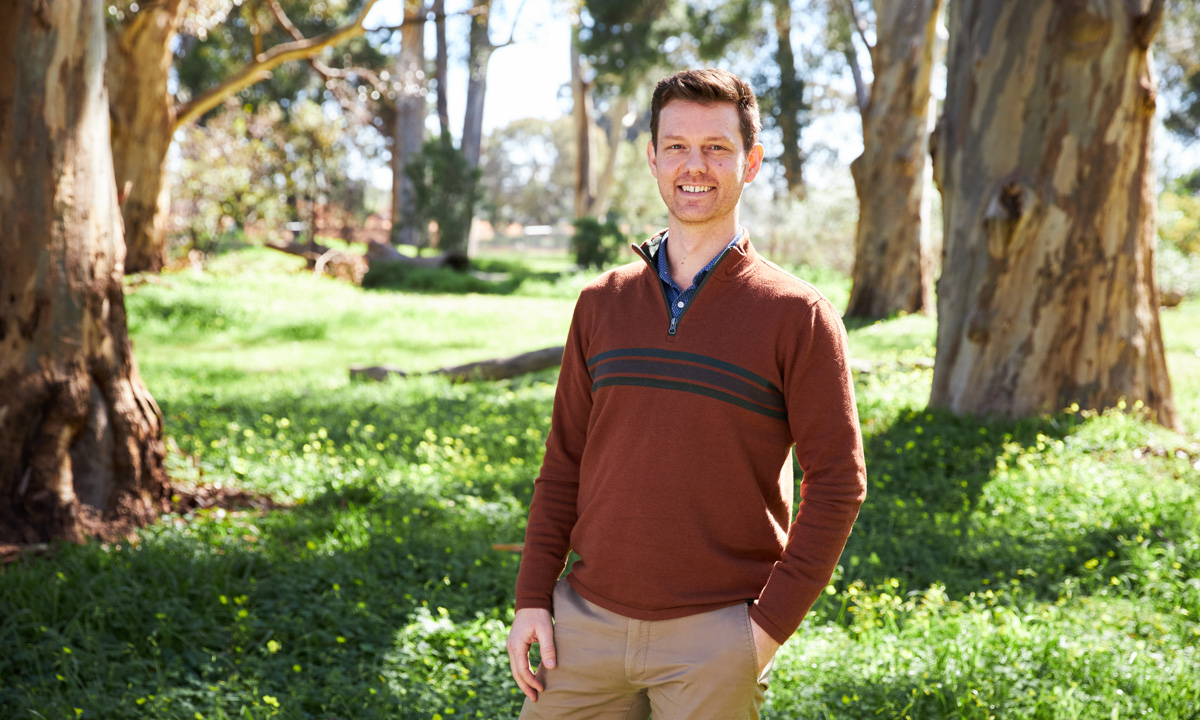 Martin says adding botanic complexity will provide opportunities for more diverse groups of people to use the park lands – for example, school groups for educational visits or families for camping.

“Healthy plants and soils support microbes – things like bacteria, fungi and other tiny species – that transfer to our skin, that we swallow and breathe in,” he explains.

Tiny bugs living on and in us are called the microbiome. Martin says scientists have developed the ‘Old Friends’ hypothesis to encapsulate the idea that our bodies not only tolerate the presence of a microbiome, but have evolved to benefit from it.

“In reality this means children sitting in dirt and leaves, finding tunnels in the undercover and climbing trees can collect a healthier microbiome than kids running over a simple grassy field.”

Tendrils into the city

Investing in green infrastructure creates economic benefits as well, acting as an attractor for tourists, students and even new residents, says Ken Long, who is a sustainability consultant.

Ken moved from New York, USA to study a master’s degree in Adelaide and ended up staying. Now he works with clients to optimise energy and water efficiency, reduce waste and procure sustainable material for the built environment. Acknowledging an innate human need to connect with nature, Ken applies a philosophy known as ‘biophilic design’ in his work. 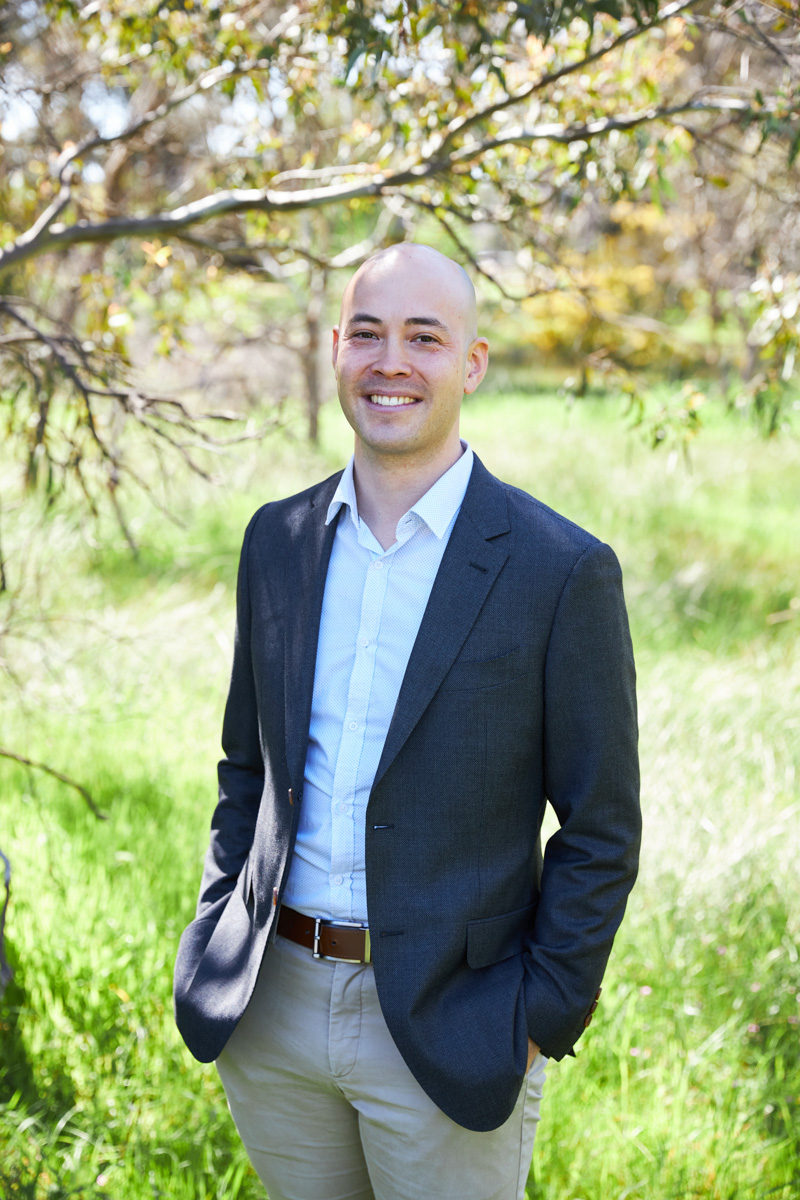 “Having access to nature has vital psychological and physiological input into our wellbeing,” Ken says.

“So as we improve the ecological function of our cities – whether that’s about more tree canopies, improved biodiversity, smarter water usage – we will see a positive impact on our health and our economies.”

Ken would like to encourage tendrils of the park lands further into the city. Beyond just increasing human access to nature, such green corridors could incorporate stormwater infrastructure to slow down the loss of precious rain once it hits the ground.

“We’re already used to setting up electrical cables and an integrated network for our internet data – so why not apply the same logic to make the park lands and the city of Adelaide highly interconnected through water-sensitive urban design?” Ken says.

“This would lower strain on Karrawirra Parri (the River Torrens), reduce the amount of stormwater we lose, and increase our access to reclaimed water for a range of uses.”

Stewards of the land

By increasing our access to nature, Ken believes all South Australians have an opportunity to step up as stewards of the land we live on, following the long history of First Nations Australians doing the same.

Michael Kumatpi Marrutya ‘Mickey’ O’Brien says Indigenous cultures have a holistic view of their environment, which involves prioritising care of the land first, and then plants, animals and people. Mickey is a descendant of the Kaurna (Adelaide Plains) and Narungga (Yorke Peninsula) people.

When asked about what a reimagined park lands could look like, Mickey is reflective. It’s hard to talk about the future when the past is not properly acknowledged. He says perhaps a good place to start would be to honour instructions given by King William IV – who reigned at the time of Adelaide’s establishment – that treaties and bargains with Indigenous people should be entered into as the English settled here.

The more I embed myself in my culture, the more I find these wonderful connections and gain understanding of the land.
—Mickey O’Brien 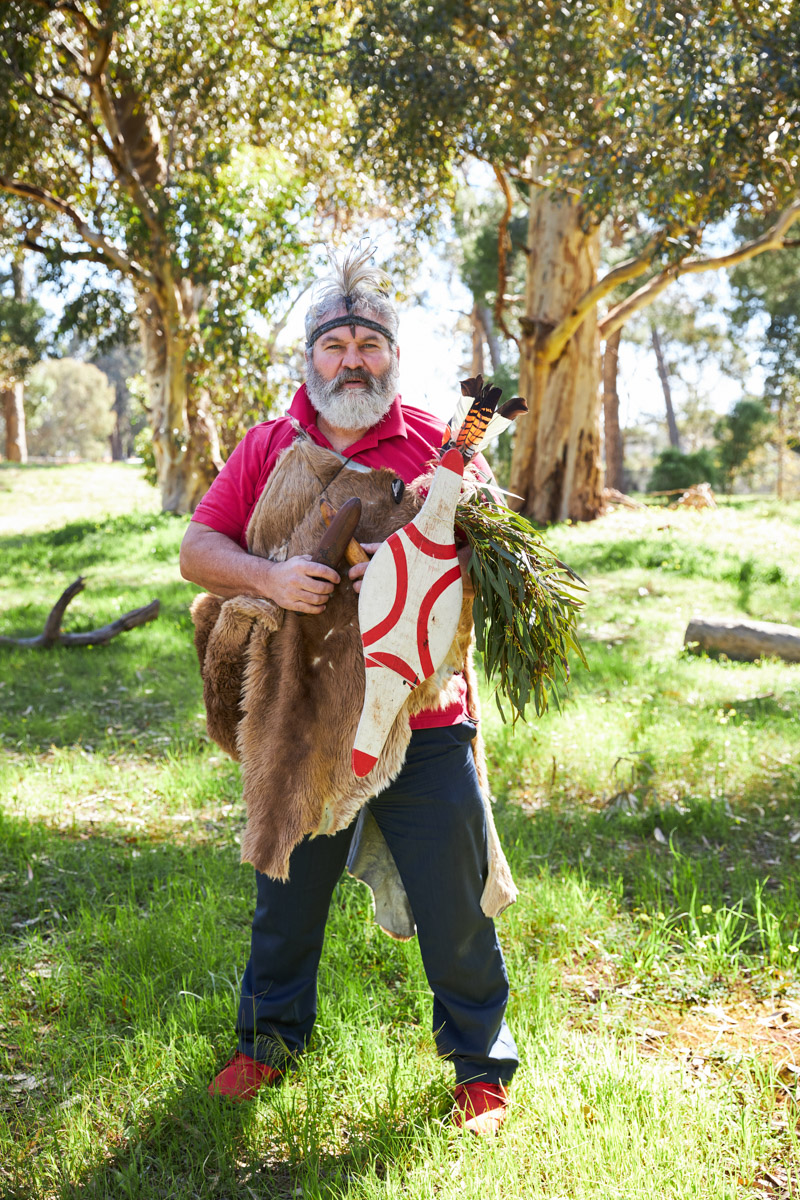 He does point out, however, that the very existence of the park lands themselves incorporates local Indigenous knowledge.

“Back in 1836, Kaurna man Murlawirrapurka (whose name now graces Rymill Park) worked with Colonel Light with regard to how Adelaide should be laid out,” Mickey says.

“He guided Light on setting up the city on an open plain and creating a belt of space – the park lands – around it to offer protection from fire, and places for people to gather.”

A lot of Kaurna knowledge has been silenced since then. Mickey is committed to addressing this loss.

“I find the more I embed myself in my culture, the more I find these wonderful connections and gain understanding of the land,” he says.

Mickey says although we can’t reverse history, the future can have a fresh focus.

“My father talks about a concept known as ‘yara’, which encapsulates an idea of reciprocity, of mutual benefit, of giving and receiving,” he says.

“Acceptance of each other’s cultures allows us to move forwards together.”

We’ll never know if Light thought far enough into the future to envisage 2037 when he first arrived on Kaurna land.  But through establishing the park lands, he and Murlawirrapurka laid a foundation for longevity that can evolve with Adelaide’s changing needs in an uncertain world.

Led by Dr Sheryn Pitman, Adelaide’s bid to become the world’s second National Park City will have a strong foundation in the knowledge of experts.

Sheryn says science underpins her approach to thinking about our green spaces.

“National Park City is a movement to improve a city’s liveability through a better connection between people and nature,” she says.

“It is about making the city and surrounding areas greener, cooler, healthier, wilder and more climate-resilient.” 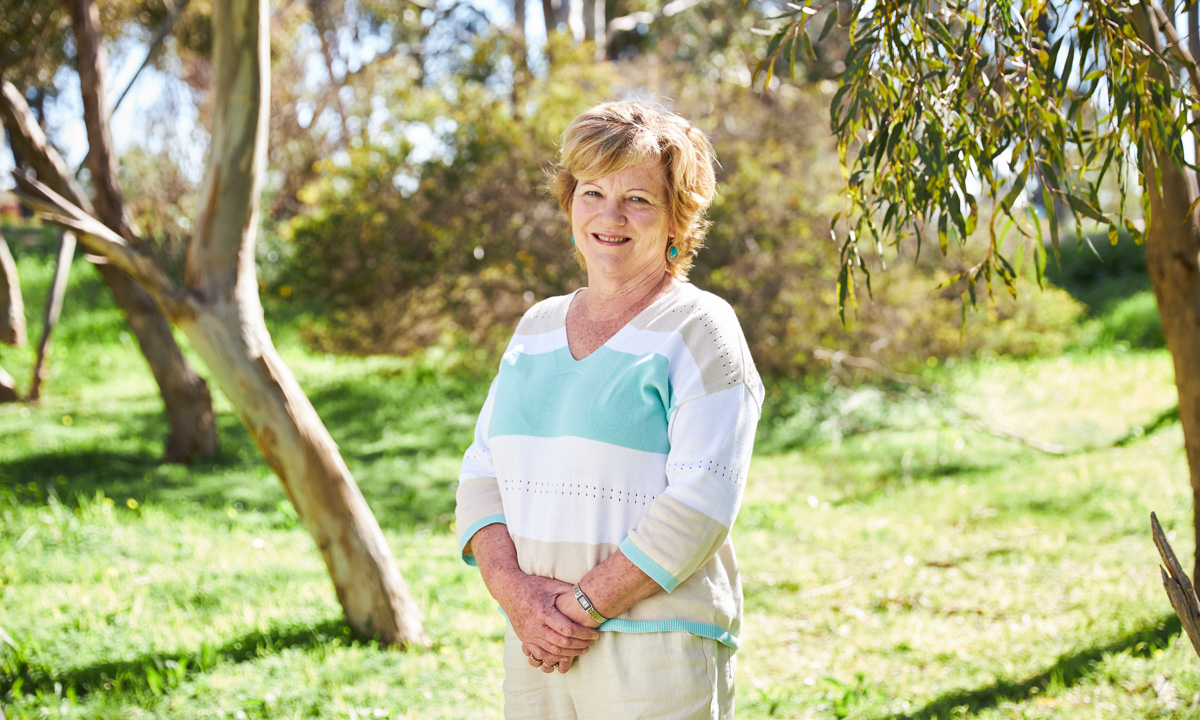 A key component of the bid focusses on a vision for greater Adelaide – from the northern plains, eastern hills, southern vales and out into the marine environment – being filled with nature.

“We want to encourage wildlife into the city, and we want our city to be a refuge for some of our threatened species,” Sheryn says.

“We will work with local communities, with Kaurna people, with ecologists, designers and local government to horticulturalists to create the very best and healthiest place that we can.”