The controversial activist group known for their loud and provocative tactics challenged the Adelaide Botanic Garden last week with a silent rallying cry. 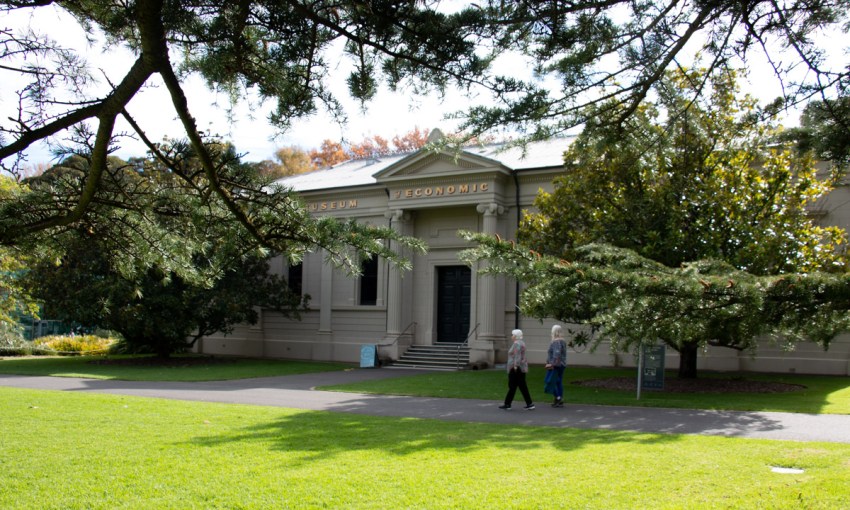 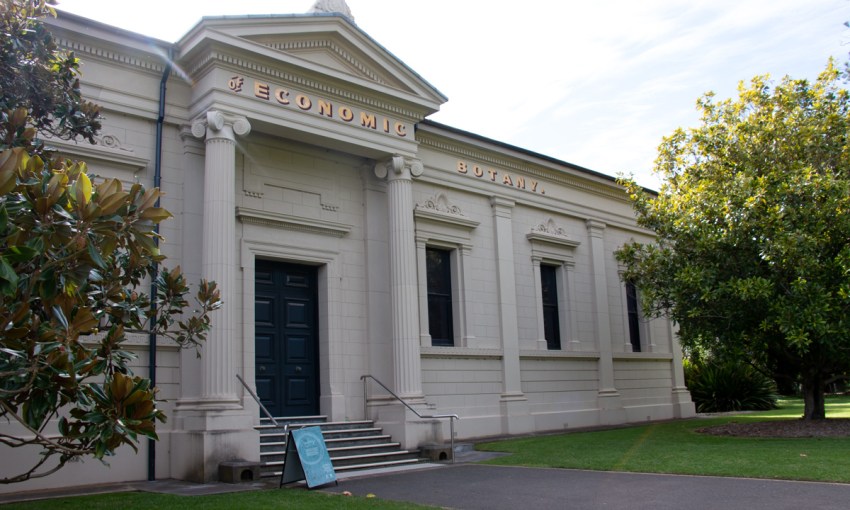 Extinction Rebellion’s in-your-face tactics have long drawn the ire of detractors, but from 9am ’til 11am on Monday, 23 May, they used silence to send their message.

Wearing black and carrying crosses bearing the names of extinct Australian plant species, the vigil was purposefully timed to coincide with a History Festival tour about the use of Australia’s native plants over the centuries.

“Not to be glib, but there is no future for plants under a climate change regime,” he tells CityMag.

Ben has been involved in Extinction Rebellion since the 2019 founding of its South Australian chapter.

He’s protested at Santos’ city headquarters over the last few years, and is used to staging provocative events.

This time he wanted to do something different (and also didn’t want the group permanently banned from the gardens).

“I think those edgier, louder, noisier actions are important – they’re the bread and butter of what we do – but I do think there’s also a place for more contemplative actions,” he says.

“We’re in this beautiful, peaceful, nature-filled place. It feels right to have a different kind of protest here. It wasn’t our intention at all to intimidate people who are on the History Festival tour; we wanted our presence there to be a soft, gentle presence to educate people [about the Garden’s connection to Santos].”

“Anybody who is interested in the museum should have a problem with it.”

“The Botanic Gardens and State Herbarium is committed to actively contributing to the sustainability of our world and achieving significant conservation outcomes for threatened plant species,” the spokesperson said.

“It values the financial support that Santos has provided to restore the Museum of Economic Botany and support the work of both the SA Seed Conservation Centre, and some of our education programs.

“These activities have all had a positive impact for our South Australian community, and for the sustainability of our environment.”

Extinction Rebellion is calling for the museum’s partnership with Santos to be dropped before the seventh Global Botanic Gardens Congress in Melbourne in September, the theme of which is ‘Influence and Action: Botanic Gardens as Agents of Change’.

The Extinction Rebellion protestors in attendance were a calmer picture than previous events. CityMag saw some members, after having left quietly when moved on by police, sticking around for a chat in the Park Lands. The mood was almost jovial.

Although they’re critical of the Santos partnership, the group has a great appreciation for the landmark site, including the Museum of Economic Botany.

“The building is an international treasure; it is a one-of-a-kind museum. It’s a precious institution that does really great work. But that mission doesn’t sit right with Santos sponsorship” Ben says.

The Botanic Gardens of South Australia is signatory on the global Climate Change Alliance of Botanic Gardens, something which activists say should stand in the way of the Garden’s partnership with the oil and gas conglomerate.

A spokesperson for Extinction Rebellion, Harald Ehmann, detailed the organisations’ stance against the partnership in a statement.

“By accepting their money and name, the Botanic Garden is giving Santos the social licence to operate in a business-as-usual way,” he says.

“Just like the tobacco companies of old, corporations like Santos know that their time is up and the world will no longer tolerate the health, environmental, or social impacts of their entirely profit-driven activities.”

For members of the public who attended the History Festival event, the climate activists’ presence didn’t appear to be a matter for concern. A security guard at the museum appeared unfazed.

For Ben, the most important part of the action was to raise public awareness around the grip the fossil fuel industry has on many organisations.

“Actions like this show that while we have some publicly disruptive actions that tend to get all the media attention, not all of them are like that, and we feel like we’re doing a public service drawing attention to these issues,” he says.

CityMag attempted to reach Santos for comment but did not receive a response.