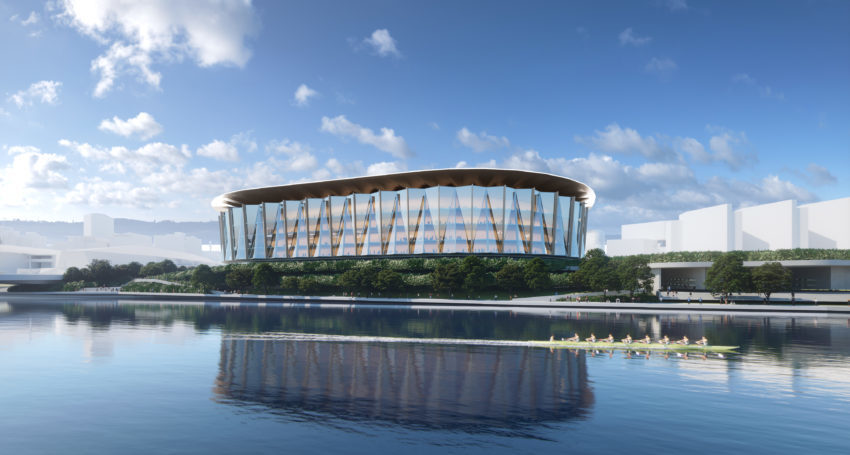 At 11pm on Tuesday night, a majority of city councillors voted to support the Government’s election promise centrepiece – a 15,000-person Riverbank Arena to be built on Adelaide park lands.

The vote in favour – six to five – got over the line because the dominant Team Adelaide’s bloc was strengthened by councillor Alexander Hyde deciding he no longer had an “actual” conflict of interest in the matter.

Last night’s vote was spearheaded by councillor Jessy Khera, who put forward the motion calling for the City of Adelaide to rescind its rejection two weeks ago of the proposed arena along Helen Mayo Park near Karrawirra Pari River Torrens.

The motion was passed on the basis that the development would not result in a net loss of park lands.

Councillor Phil Martin had led the charge on the previous motion, which had resulted in a“straight up no” on the Riverbank Arena.

Khera said last night that the previous vote’s outcome had been “suboptimal”. His new motion continued to oppose the overall rezoning of the area, but also acknowledged council administration advice that “an arena, with active uses at ground level may be appropriate, but only if there is no net loss to Park Lands”.

“In hindsight, there is [a] very, very good reason for us to rescind that motion,” he said.

“I would like [this motion to] reaffirm its opposition to the River Bank Planning Code Amendment, particularly the proposed entertainment subzone that would allow excessive built form, and a range of land use along the riverbank and innovation sub site would allow built form over a Kaurna burial site.

“You cannot attack this motion on the basis that it does not protect the park lands.”

The proposed changes to the Planning and Design Code have been touted by the government to progress projects of “state significance”, including the Riverbank Arena and multi-story carpark associated with the new Women’s and Children’s Hospital.

The previous vote to reject the Riverbank Arena initially was split evenly, with Lord Mayor Sandy Verschoor using her casting vote to support the rejection of the multipurpose indoor arena.

After being repeatedly referred to as “Member for Waite” during the previous debate, Liberal staffer and councillor Alexander Hyde excused himself from the debate declaring an “actual” conflict of interest.

But, during last night’s discussion, Hyde said he had received formal advice indicating “at worst” he has a “perceived conflict of interest” and he would remain in the chamber and vote.

“I’m downgrading that declaration of conflict to a perceived conflict of interest due to the reasons stipulated,” he said.

As a result, his vote was decisive.

Update: CityMag incorrectly quoted Khera saying the arena would be “transformational” for the city as it would provide a space for international acts to perform when visiting Adelaide. This was in reality councillor Hyde.

Councillor Anne Moran said the “only thing” that had changed in the two weeks since the revocation motion was the voting numbers, with majority voting bloc Team Adelaide now present in Town Hall and in “full numbers”.

“There’s nothing else that’s changed in two weeks,” she said.

“We were lauded when we made that decision. It wasn’t poorly drafted. It was a simple ‘no’ to the largest building pretty much ever seen on the park lands.

“We are not a local branch of the Liberal Party. Councillor Hyde might be, but the rest of us aren’t supposed to be.”

Deputy Lord Mayor Mary Couros said there were “great outcomes” from having “a seat at the table” and negotiating with the State Government, including SA Health reducing the footprint of the Women’s and Children’s Hospital transit hub from 15,000sqm to 8000sqm.

“Sitting down, having logical discussions to be able to achieve good outcomes is the most mature thing we can do as a council,” she said.

“We’re not an activist group. We are a local government.”

Councillor Martin asked City of Adelaide CEO Clare Mockler whether the Adelaide Park Lands Act conferred on the council “equal status” to the government in determining the future of the Park Lands.

He also asked whether, under the legislation, the government could over-rule the council but to do so require “action” of the parliament.

“I think that’s correct,” she responded.

Councillor Keiran Snape said he would not support “this horror” and the Adelaide City Council needed to stand up to the State Government.

“We actually had a really good position that now we’ve given away,” he said.

Councillor Arman Abrahimzadeh said he would support the Riverbank Arena approval, and in doing so, “happily take the least-worst situation to the absolute worst situation”, resulting from engaging in open discussion.

Councillor Franz Knoll — whose son Stephan Knoll is a South Australian Liberal MP and formerly held the planning portfolio in the Marshall Liberal Government — also said he would back councillor Khera’s motion.

“The Park Lands, from its inception, had all forms of built forms on it, whether it be an abattoir in the early days… to the government housing all these other buildings on it,” he said.

The revocation motion was supported by Couros, Khera, Hyde, Knoll, Abrahimzadeh and Simon Hou. It was opposed by Martin, Moran, Snape, Greg Mackie and Helen Donovan.