Where We Met will close in October

For Where We Met’s Ben Allen, operating a hospitality business in South Australia during a pandemic has meant living with a heavy heart. He takes CityMag through his decision to close his business for good.

Shortly after service on a recent Friday afternoon, CityMag enters Where We Met – the light-filled café we first reported to you back in December of 2018.

Where We Met will close at the end of October.

Founder Ben Allen is closing down the coffee machine, while his mum, Kate, the café’s chef, clears the kitchen’s benchtops.

We’re greeted with a smile from both Ben and Kate – the same smile they’ve worn each time we’ve stopped in during Where We Met’s three years in operation.

This time, though, Ben draws a bottle of Knob Creek bourbon from beneath the front counter and offers us a pour. It’s been a tough few days.

Kate says goodbye and heads out as Ben takes a seat with us.

A week earlier, on Thursday, 5 August, Ben announced via Where We Met’s Facebook page the café would close at the end of October.

It was a decision Ben made during July’s seven-day lockdown, but which is the result of the compounded stress and debt that has built since the pandemic began.

“It’s been touch and go for a long time, not just this last couple of weeks,” Ben says.

As news of the lockdown came on Tuesday that week, Ben asked his new-hire chef, who had only started the day before, to stand down. The café would have to revert, once again, to survival mode – run by Ben and his mum alone.

By Friday, Ben sent an email to his landlord to say he would not be re-signing the lease.

“That was a really hard day,” Ben says. “Not going to lie, mental breakdown at the end of it. I was in the corner of the kitchen, hyperventilating, in tears.” 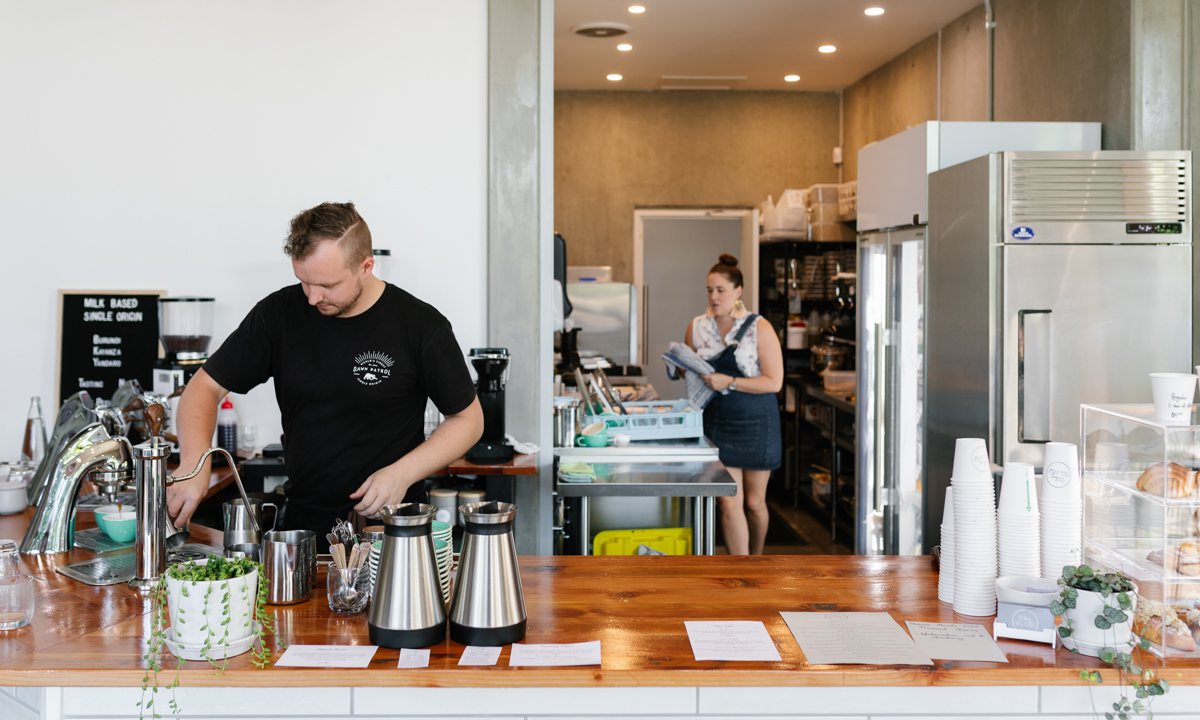 Where We Met in 2019. This picture: Josh Geelen

It’s hard to imagine a more sunny-minded idealist than the Ben Allen we met back in 2018. He had been in the hospitality industry for 14 years, including a stint at his parents’ former café, Nature’s Providore. When it came time for Ben to start his own business, he wanted to carry on the community-driven culture they’d instilled there

This is the thought behind Where We Met’s name, and its use of the La Marzocco Modbar coffee machine, the bulk of which sits beneath the counter, allowing for a more open connection between Ben and his customers.

“It’s just nice to be able to create that space where people feel like they’re not just a dollar,” Ben told us at the time, and we had no problem believing him.

Ben’s dad John looks after Where We Met’s books. In early March 2020, Ben sat down with him to look over February’s figures. After 14 months in business, this was the first time the café made profit. Ben was elated. He immediately started planning.

“We were just about to start introducing a plethora of different things that we knew would elevate it even further,” Ben recalls.

“From an alcohol licence, second chef in… Friday evenings we were thinking of opening as a little wine, tapas bar, extending that into Thursdays, other days if they were successful. Pop-up dinners once a month on Saturdays. We had a 15-step plan on what I wanted to implement here.

“My dad’s brilliant in terms of Excel spreadsheets and all of that, he was showing me the graphs and figures and whatnot, and you could see it was up, up, up, up, up, continuously building.” 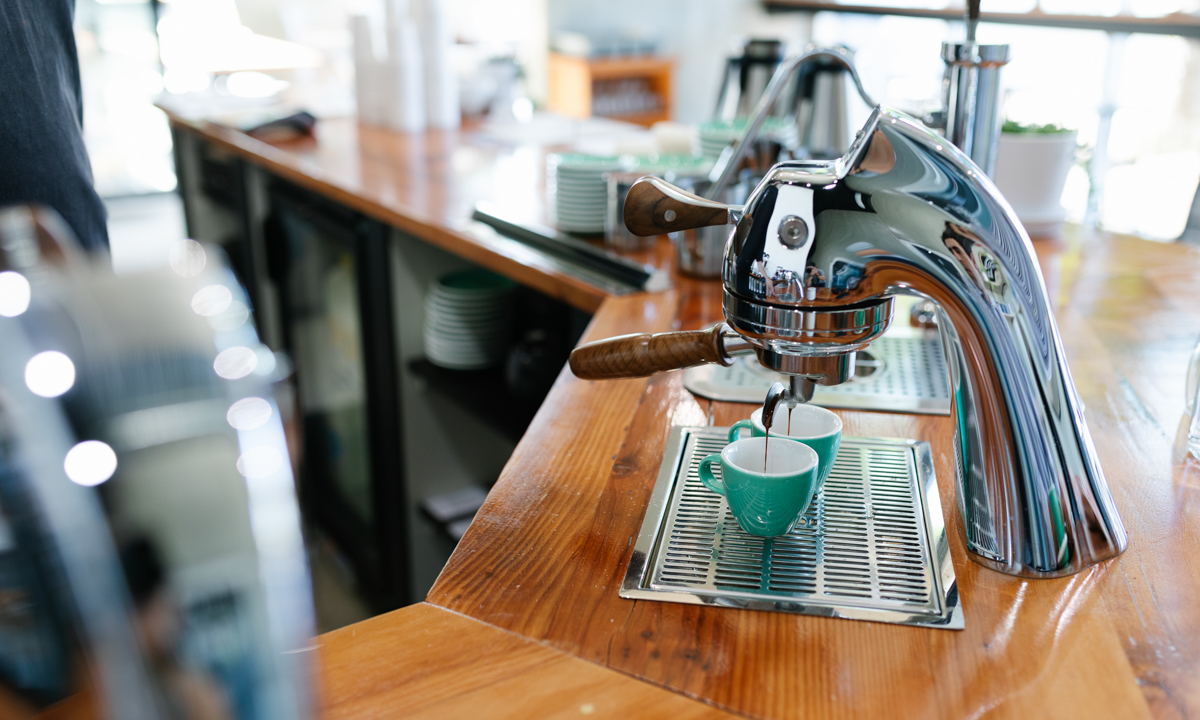 By mid-March 2020, things looked very different. A pandemic, a lockdown, a pivot to takeaway, and a personal piece of the universally shared sense of anxiety.

Shutting then was not an option. Ben had founded this café to build community, and this was the time when community was most needed.

“We wanted to provide the space where people could come in and, even if just for a moment, get that peace of mind and that sense of daily routine, whilst it felt like everything was falling apart,” he says.

As the months dragged on, the future of the business looked more unsteady. Where We Met has not had a profitable month since February 2020. But each time the end felt imminent, another moment of inspiration would come.

“I felt more like a counsellor than a barista for months, because people are coming in terrified, not knowing what’s going on,” Ben says.

“We’ve had people come in who have literally said that us being here saved their life… To have people come in and make the effort to say to Mum and myself that we’re the reason that they’re still here is why I wouldn’t change it for the world.” 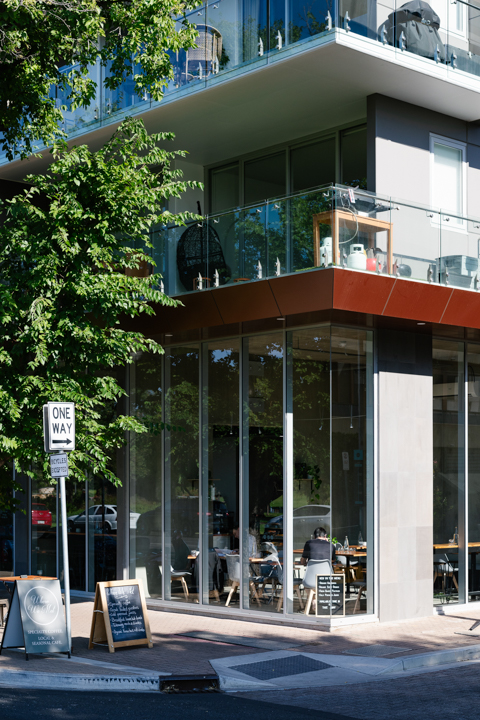 Ben and Kate were the only two Where We Met employees eligible for JobKeeper – no one else had been working there for the requisite 12 months.

This made recovery difficult. There had been some financial assistance available from all three levels of government, but not enough to compensate for the haemorrhaging the business had already endured.

Where We Met’s first lease renewal was due at the end of the first three years, when he would be given the option to sign on for another five. In another reality, he would have committed to pouring coffee by day and wine by night for another five years. In our reality, the case for remaining open did not make sense.

Each day Ben opened the doors throughout the July lockdown, he would bring in less than a third of the café’s break-even costs.

He knew he couldn’t go back to the silent investors in his business, who were family friends, and ask for more cash. And even if he did, that would only get him through the current lockdown. It seemed too optimistic to imagine this would be the last one.

“Because you can’t expect to put a post up going, ‘Hey, we’re really struggling, under threat of closing. Can you come help?’

“There’s only so much you can do that. You can’t ask people to do that every time a lockdown hits, every time you get out of lockdown and due to seating restrictions you can have 12 people in here.” 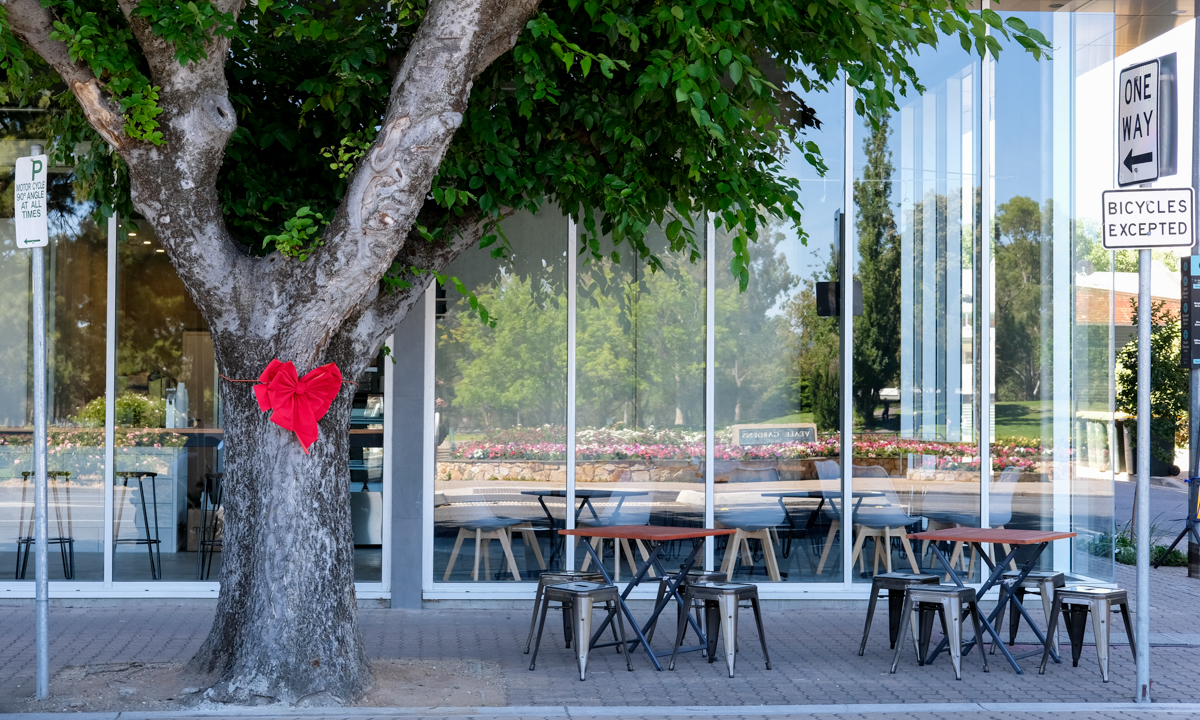 Where We Met’s lease ends on Friday, 29 October.

The café will close and Ben will step away from owning a business for a while as he recoups costs, clears the start-up debts he has not had the opportunity to repay, and concentrates on shoring up his mental health. He hopes to do this while working for another hospitality operator.

Despite this experience, Ben has lost no affinity for the industry.

“Hospo ‘til I die. I love the industry. I love coffee, I love food, I love wine. I love everything about it,” he says.

“I understand my limits, I understand the way my brain works, I understand the type of person that I am. I know I’m not one of those people who can go out and find a cure for cancer or be able to make a great, drastic, global impact. I don’t feel like that’s me, and it’s not something I want to pursue.

“But what I know I can do, is if I can have someone walk in, and by the time that they leave they’ve got a smile on their face and they’re happy… then hopefully they can make the people that they interact with’s day that little bit better.

“That ripple effect, that’s the change I want to be able to have, and that’s why I do this.

“That’s what drew me to hospitality, and why I’ve stayed in it is that’s how I can make the world a better place.”

Ben hopes to be back with another concept, once we reach “whatever end” will come of this pandemic.