Now in its fifth year as a Fringe food pop-up, Tiger Mountain will return to the eastern flank of the Exeter on Friday, 19 February.

Tiger Mountain
Outside The Exeter
246 Rundle Street, Adelaide 5000
Every Friday, Saturday and Sunday of Fringe
From 4pm-ish ’til late

Founder Mark Kamleh says he now feels like part of the fabric of the Fringe in the East End.

“People expect it. Last year it really showed, people just knew it was there, and I love that I’m part off the fabric of that event. In the East End, at the best pub, in the nicest spot,” he says.

“I feel like Tiger Mountain is actually… an attraction for Fringe, without being directly associated with that organisation.”

The sidewalk activation has had many forms over its five years, orchestrating collabs with the like of Low & Slow and Jock Zonfrillo.

Tiger Mountain has since settled into a more stable existence, and Mark feels as though he’s hit upon a perfect menu offering, which won’t change from last year.

“The menu last year was my favourite of all of them,” Mark says.

“We got the most positive feedback; people came back the most for the same stuff. That’s kind of it. I’m just really happy with it, and everyone else seems to be as well.”

Tiger Mountain will serve up a charcoal miso and Szechuan roll in both a chicken and a zucchini and eggplant version, cooked over charcoal, as well as a version with spicy mayo with pickled wombok, fried shallots, sesame and a herb mix.

There was an undeniable winner from last year, though – the Tiger Mountain shallot pancakes.

“The simplest and most effective dish,” Mark says. “And that uses a crunchy, flaky roti smashed full of spring onion, and that’s it. The secret’s out.”

Tiger Mountain works symbiotically with its host pub, and Mark encourages Fringe-goers who’re visiting his pop-up to grab a meal, a jug, and hang out inside the pub, or out in the Exeter’s extended on-street seating section. 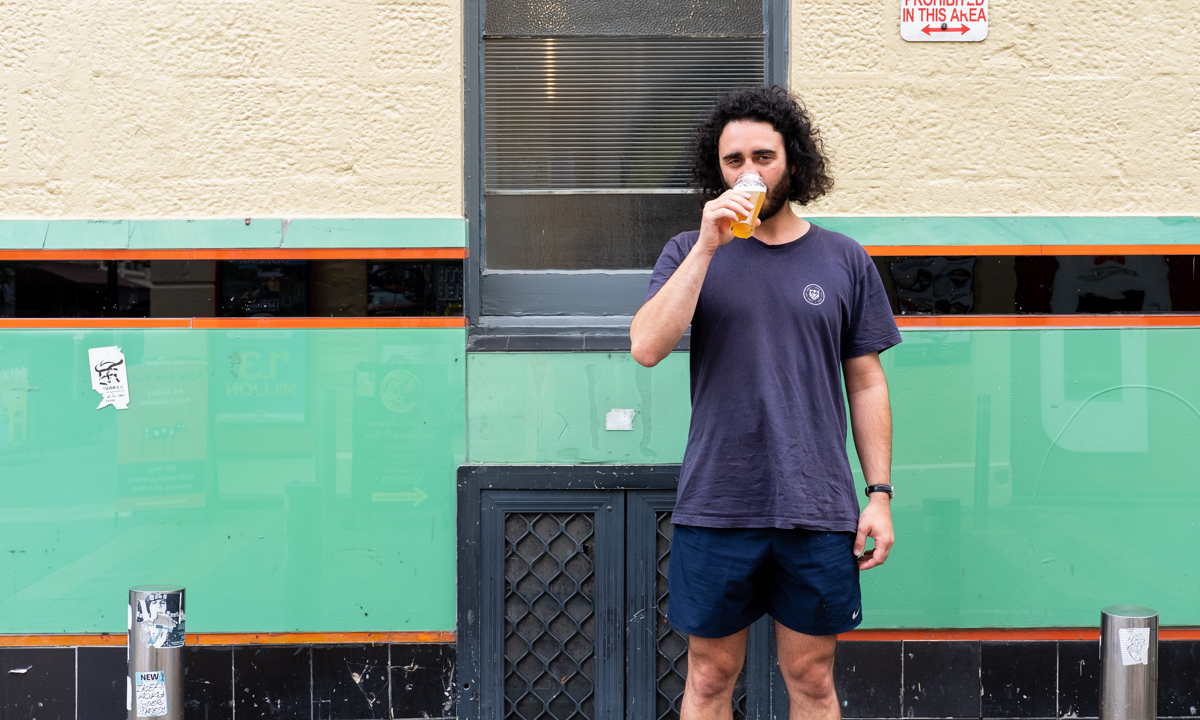 Pairing Tiger Mountain pints at the Ex is encouraged

Mark has operated a few pop-up food stalls in his time, including Hummus Where the Heart Is and roving food and party outlet Syrian Mobile Disco. Tiger Mountain holds a special place in Mark’s heart for its rarity and connection to the bustling festival season in Adelaide.

“The way I describe the food, it’s going to sound a bit weird, but the food’s not of a place, it’s just of a vibe,” Mark says.

“[It’s] just stuff that I like, ingredients that I like that I think go together. It’s not meant to emulate a dish from a country at all. It’s just street food using ingredients from all over Asia.”

Tiger Mountain will be set up alongside The Exeter and will operate every Friday, Saturday and Sunday of the Fringe, trading from “when we’re ready to when we’ve had enough” (aka 4pm-ish ‘til late).