The Suburban Brew is opening a taproom on Goodwood Road

While Goodwood Road may have lost a much-loved barbecue joint in the last few months, the strip is about to gain a brewery, with The Suburban Brew setting up shop at 96 Goodwood Road.

The space will launch, on Friday, 4 September, with the brewery’s core range: the 3/92 Black IPA; No. 2 Pale Ale, which took out the #9 spot overall in the inaugural Drink Easy Awards last year; Flat 5 English special bitter; and 14, the brand’s IPA.

The other four taps will go to seasonal beers and “one-keg wonders” brewed at the taproom, as well as a cider made in collaboration with Rusty Bike Wines and kombucha from Gather Brewing.

There will also be a range of The Suburban Brew cans available for takeaway.

The taproom’s food offering will consist of bar snacks, and Tony says he will be encouraging visitors to bring in takeaway from the local area, or even ordering in while at the venue. 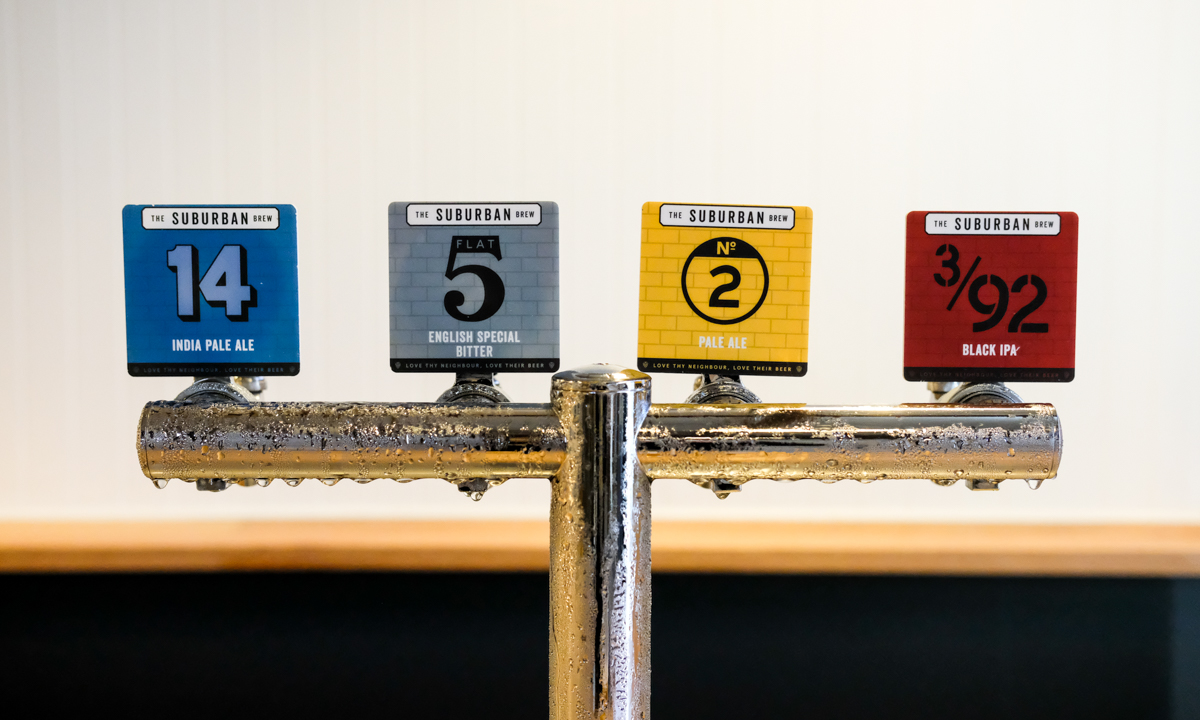 The taproom’s launch is a milestone in Tony’s long and winding road into the brewing industry.

Tony is an accountant by trade but was born into hospitality. He grew up in Wentworth, a small town in New South Wales bordering Victoria, where his parents owned, ran and lived above The Crown Hotel. At age 16, he was pouring beers at the pub’s front bar.

He moved to Adelaide to study accounting and ended up making a home here. He met his now wife, Caty, while studying, and the two spent a few years, from 2013 to 2015, living in London.

While in England, Tony started to make inroads into the London brewing scene, which was at a point of rapid expansion. He volunteered his services as an accountant in exchange for being shown the ropes in the brewery. It was here The idea for The Suburban Brew started to form.

Upon return to Adelaide, Tony completed a brewing course at Regency Tafe, where he met his current business partner Troy Brailsford, and he started to work towards The Suburban Brew becoming a reality.

The first Suburban Brew batch was released in bottles, made using Regency Tafe’s facilities. The beer gained traction, and Tony decided it was a wise enough idea to continue investing in the brand and hooked up a deal with Clare Valley Brewing to make a few keg-only batches using their brew kit.

From there, Tony needed more capacity to keep up with increasing demand, so he signed an agreement with Little Bang to use some of the spare floor space at their Henry Street brewery and also have access to their canning line. This saw him invest yet again, buying two 1,800-litre fermenters of his own for the space.

Troy joined the business at this juncture, to help The Suburban Brew gain a foothold in the retail market, and to help the business prepare for the inevitable next step – a taproom.

Tony has long been an Unley council resident, and he wanted the brand to exist within these bounds. The Suburban Brew has community at its core, and Tony was adamant that he and the brand should be based in a locale he knew well.

In fact, the brand has always been about existing within a community-focussed neighbourhood. When Tony and Caty first moved into their current Mitcham residence, they would door-knock their neighbours with batches of Tony’s homebrew as a way to introduce themselves.

This theme is baked into the branding, too; each core-range beer is assigned a residential number: the English special bitter is called Flat 5 because that’s the flat Tony and Caty lived in while in London, and the black IPA, called 3/92, references the unit number where Tony and Caty lived together for the first time. 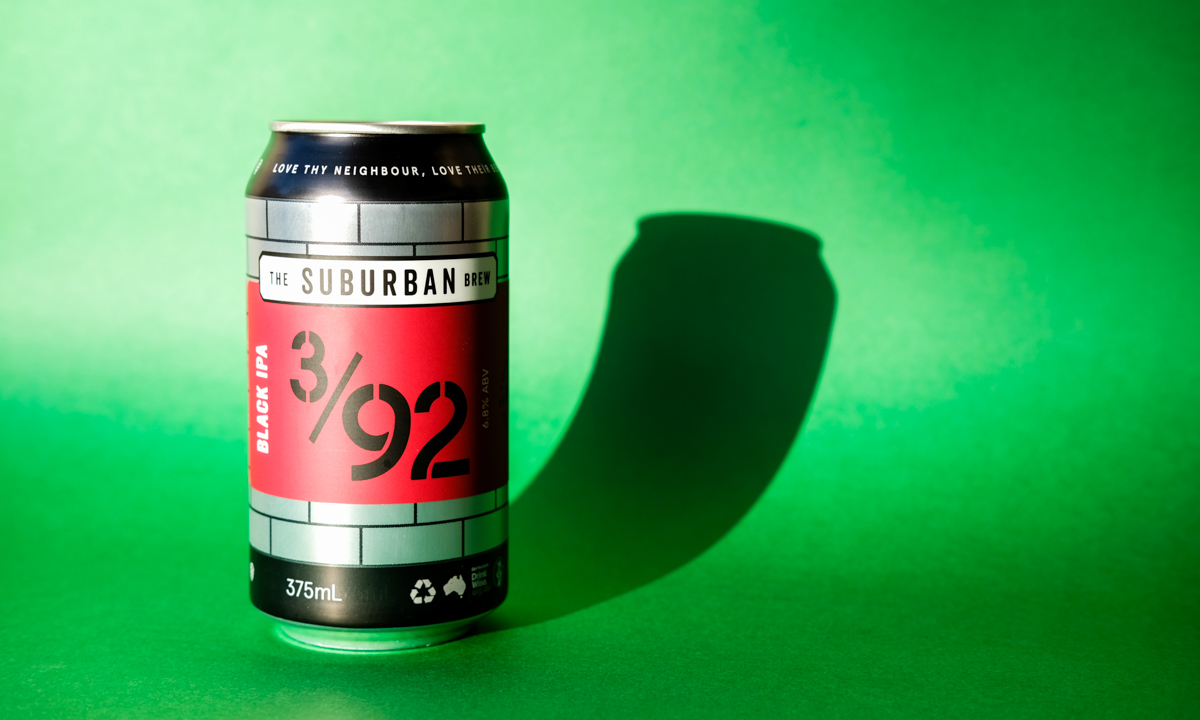 After a couple of years of searching, and a couple of dead-end leads, Tony and Troy found this space on Goodwood Road. It was a perfect fit.

“I think Goodwood has that real community vibe as well, that real village atmosphere as well, so it made sense that we try and make Goodwood our home,” Tony says.

“I’ve been in and out of the Goodwood Cellars for the last five years, I know the area quite well and the community around here, and they’re very focussed on community,” Troy adds.

“Everybody’s out to help each other out, so that’s why when the option came up for this venue, it was like, this sounds amazing. It goes hand in hand.”

Converting the warehouse space into a taproom has been a lot of work, and has taken a lot of expert-level hunting on Facebook Marketplace and Gumtree, but Tony is excited to nearly be at the point of welcoming people into The Suburban Brew’s own space for the first time.

“At the moment, I just want to see people in here. I’m quite nervous. It’s like Field of Dreams, hopefully we’ll build it and they’ll come through the door,” Tony smiles.

“[I want to create] a community atmosphere where it’s just going back to coming around to my shed and having a couple of my homebrews, but on a commercial scale, that adds to that background and that story.

“Kind of like that community meeting place, like a coffee shop, but from a beer perspective, you know what I mean?”

The Suburban Brew is located at 96 Goodwood Road and officially opens on Friday, 4 September. The taproom will operate 12pm ’til 10pm Friday and Saturday, and 12pm ’til 6pm on Sunday. The venue will extend to Thursday trading during daylight saving.

An official launch party will be held at a later date, once COVID restrictions ease.