The world in which Frame Creative submitted their pitch to take on Tasting Australia’s design work was entirely different to the reality we now live in.

It was a world before COVID, and before the state’s premier food and drink festival was forced to postpone, and then outright cancel, its 2020 event.

Frame won the job, and in the spirit of post-COVID regeneration, its three founding brothers – Tim, Simon and Sam Pearce – also won the opportunity to evolve the Tasting Australia brand.

In the first instance, this involved creating branding beyond the high-impact (and highly Pavlovian) imagery the festival has often used for its advertising.

“The look and feel of it took a more design-led approach, rather than a big photo with a headline on it, which is classic advertising,” Simon says.

“We implemented a bit of a grid structure and bold typography to make it stand out.

“We were working with the existing logo, but creating a look and a feel around that that’s distinctive at every touch point, introducing some background colours and things like that so the TVC (television commercial) ties in as well.”

This design was first seen in the dusty cinnabar cover of the Tasting Australia festival program, distributed throughout the state earlier this year, and is evident in banners and bus shelters located throughout the city, as well as at Town Square.

The aim of this structured underlying design is to create a more cohesive experience of the brand. 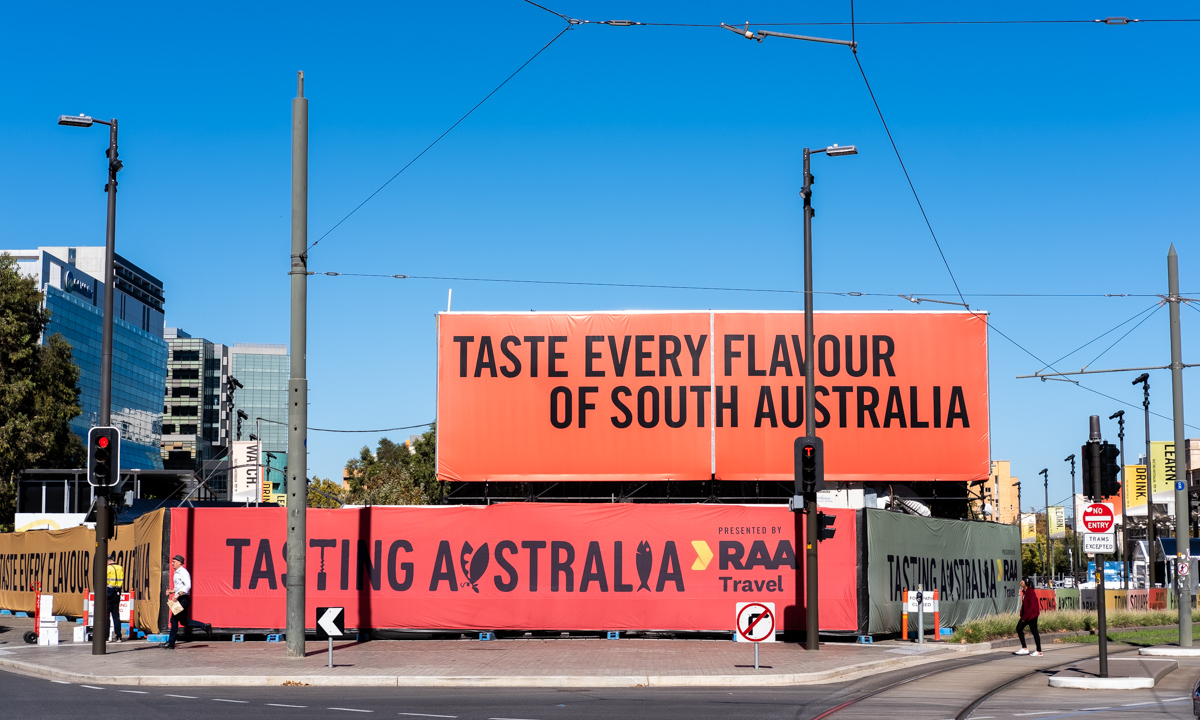 “Their vision was, how can you create a more seamless look and feel?” Tim says.

Frame was also alerted to changes in the programming that would mean the layout of Tasting Australia’s Tarntanyangga Victoria Square activation, known as Town Square, would be slightly different in 2021.

One major aspect of this change is the nixing of Tasting Australia’s Glasshouse Dinner series.

The dinners were known for showcasing South Australian produce at its pinnacle, plated up by some of the world’s best chefs. Because of this, they often came at a steep price tag.

This year, it was the intention for the festival to make the same stellar food more accessible to visitors to Tasting Australia’s Town Square.

“Simon (Bryant, Tasting Australia’s Festival Director) in particular, my understanding is he’s got a real heart for the people, but also for amazing food and drink,” Tim says.

Town Square will again feature a bar area, a range of food stalls, as well as the masterclass pavilion, but the orientation of the activation has been shifted to create a better visitor experience.

“A few of the areas are flipped around so that there’s no dead spots,” Simon says.

“We’ve tried to make it so that sponsors can get showcased but the punters don’t feel like they’re walking through sponsorship alley and there’s nothing for them to do,” Tim adds. 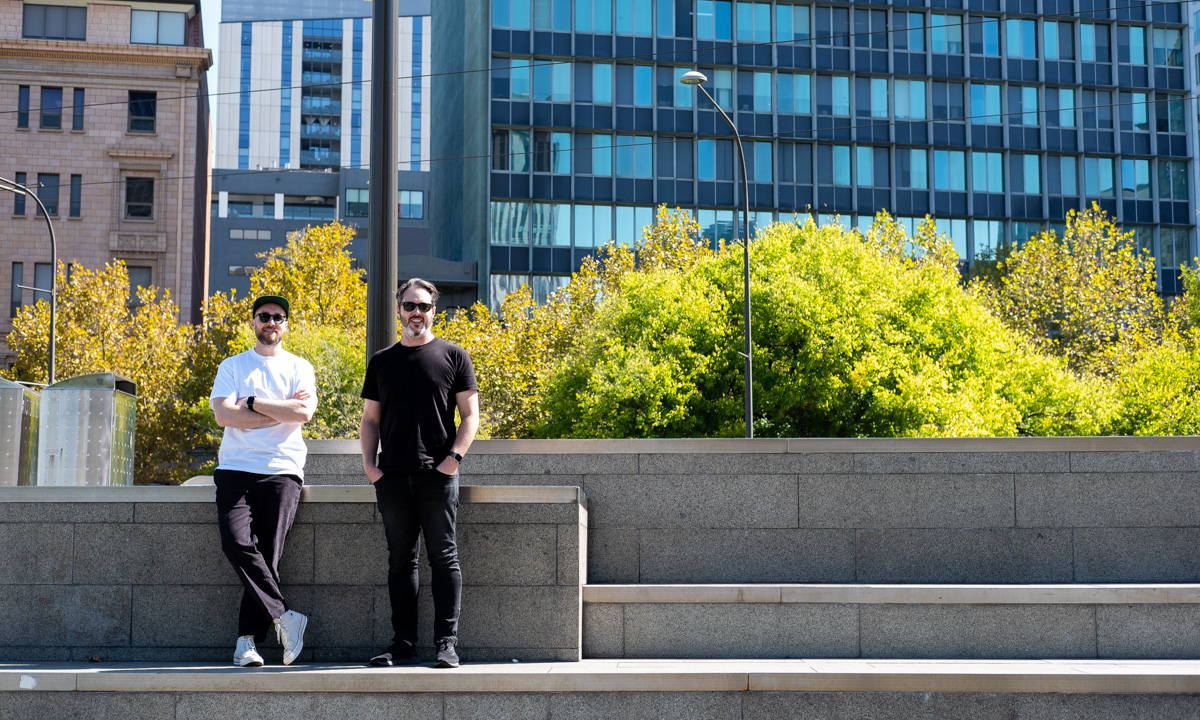 Kitchen theatrics will also be part of Town Square 2021, with chefs working in open kitchens within view of the public.

Town Square was already a multi-faceted activation, with plenty of different ways to interact with the space – be it to consume, people-watch, or to meet and interact with growers and makers – but primarily it had become known as an eating and drinking destination.

With the removal of the glasshouse dinners series, the festival is now taking the opportunity to broaden its use case. This meant structuring the event around specific types of activity.

“We did eat, drink, watch, make and learn,” Tim says. “Because there’s masterclasses, you can come and eat, or you can book an experience… There’s this idea of showcasing artisans and maybe making a plate and that sort of stuff.”

Tasting Australia 2021 opens this Friday, 30 April, and will run through ‘til 9 May. Town Square will open every day of the festival, except for Monday, 3 May.