From its new Richmond Road site, popular plant-based bakery Cherry Darlings is evolving to become the business its founder Tim Salmon always knew it could be.

Many factors accumulated to convince Tim Salmon it was time to move Cherry Darlings Bakehouse from its Forestville location, where it had been based from 2014 to 2021.

Cherry Darlings founder Tim Salmon, along with his daughter Justice, recently cooked tacos for us on a public BBQ. See the story and recipe here.

Similarly, his decision to move the business to its new home in Richmond came piecemeal.

For one, there was plenty of parking, unlike in Forestville.

Also, the shop, located just east of Karma and Crow on Richmond Road (and around the corner from Tim’s house – another benefit), is bigger but fit neatly into Cherry Darlings’ budget.

A lot of new equipment had already been installed by the previous tenant, who exited their lease early while construction was happening at the surrounding shopping centre.

But most importantly to Tim, this new site presented an opportunity to reimagine Cherry Darlings Bakehouse as a brand.

This is not an evolution of the bakery’s offering; there is still the same popular range of vegan pies, sweets and other baked goods (though there might be additional items to come).

Where change has occurred is in Tim allowing more of his own sensibility into the identity of the business and café space.

Tim founded Cherry Darlings with his now ex-wife, Sharleen, and in the intervening years he had also separated from business partners. With greater control and a blank canvas to work with, a new Cherry Darlings aesthetic has emerged, with heavily nostalgic references to ‘80s and ‘90s pop culture. 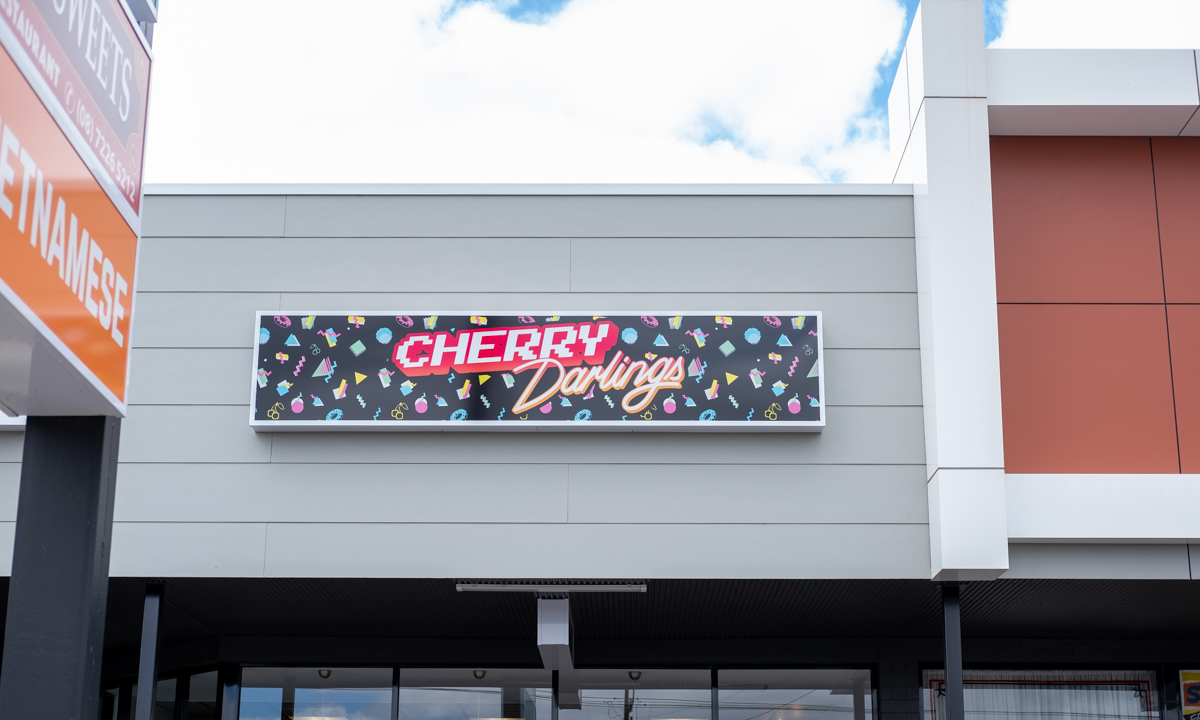 This is visible in the new set of logos, designed by illustrator Angus Smith, which take inspiration from video game and album art styles of those decades, as well as in the physical space itself.

Inside, a boxy television and PlayStation One sit on top of a drinks fridge. Crash Bandicoot is running and a controller dangles tantalisingly within reach.

There are posters of memorable ’90s television programming and films from the ’80s lining the walls, and the space’s western flank is lined with booths, constructed by Taste Kitchens and filled with Tim’s own VHS collection, which are on view behind Perspex.

“All these VHSs are my collection. So it’s all things from my teenage years, childhood, early 20s, that I’m just like, if I’m going to do it, I’m going to make it this.

“When I’m here and I see people looking and discussing the videos, I’m creating discussions. People are like, ‘Oh, have you seen this one?’ or parents explain what VHS are to their kids. That makes me happy.”

He also hopes to add a liquor licence and develop a dinner menu, and perhaps look at an additional site or two.

“It definitely has that potential, because it’s comfort food, that sort of thing,” Tim says. “It can be refined or it can be expanded. There’s no real rules of what we’re doing, so if it’s in the right spot I feel like it could work, really, anywhere.”

All of this will come later down the line though, once the business settles into a more predictable post-pandemic rhythm. 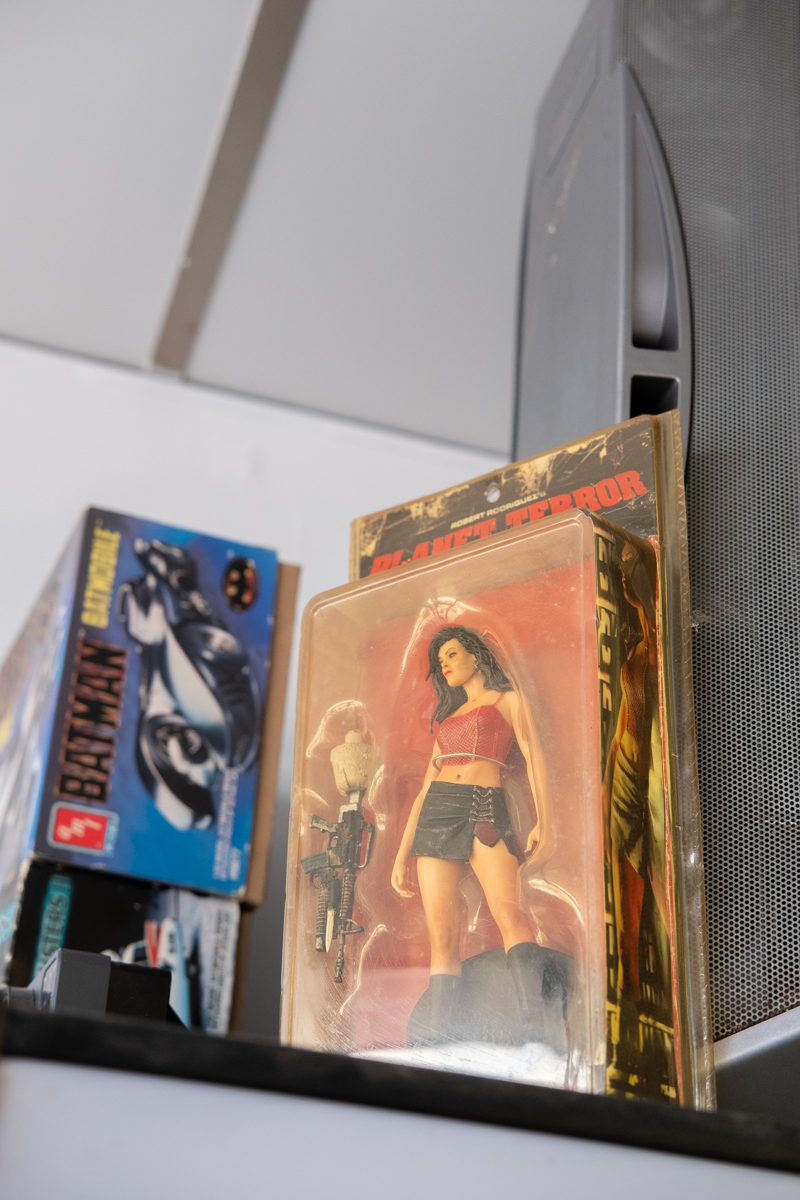 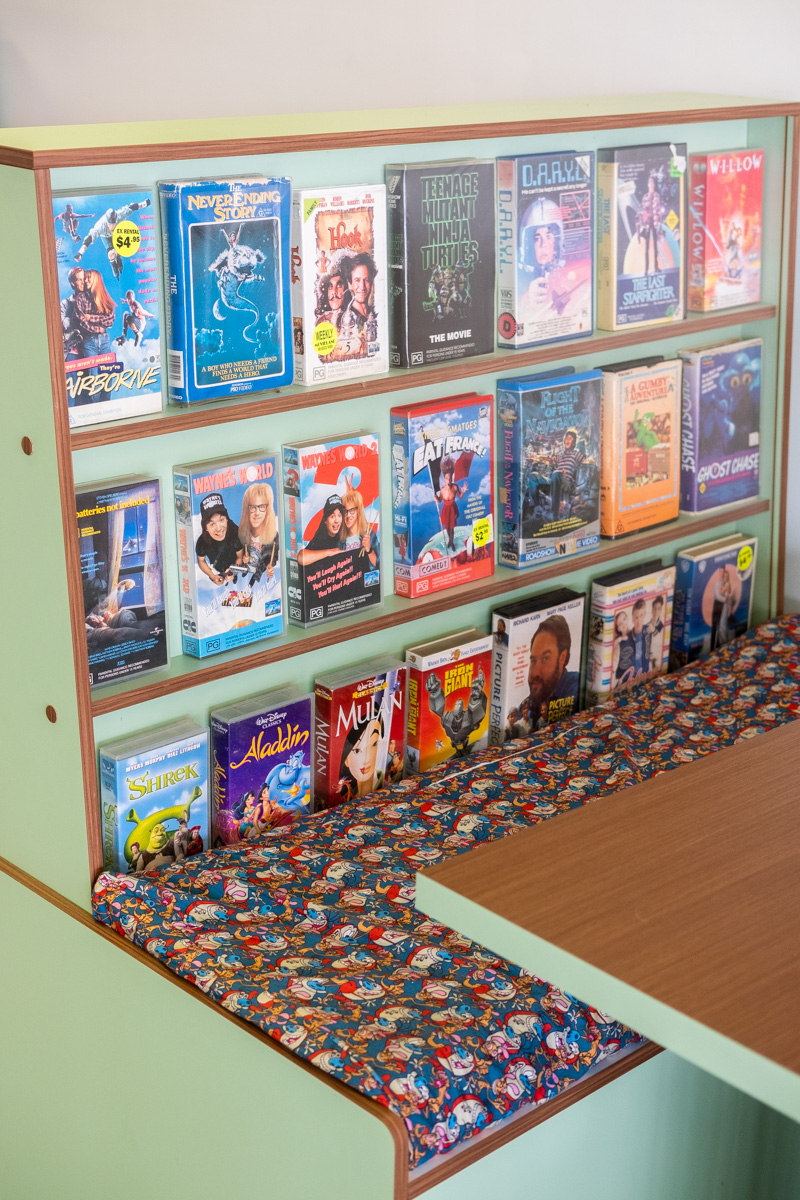 Keeping up with demand has been taxing for Tim, but the surge in interest throughout the pandemic is what gave him the confidence to stick with the business in its current form.

“Last year, I was at the point where I was like, ‘I don’t know if I can keep going in the format we’re at’,” Tim says. “So whether I close the store and just focus on wholesale and markets and just do everything from the [commercial] kitchen.

“But then I was like, ‘No, people want this place’, there was demand for it.

“On the vegan pages, they’d be like ‘Top places to eat’, and we’d always be in the top three, that sort of thing. So it was like, we are something that’s important to the vegans of Adelaide. And I wasn’t ready to step back from that yet.

There is plenty of the new and old eras of Cherry Darlings to be found at its new home on Richmond Road, but the future of the business is only beginning to emerge.