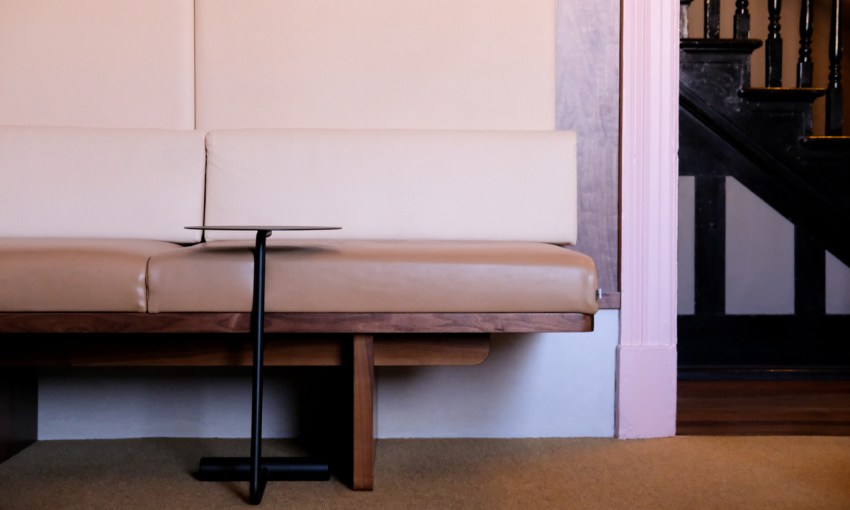 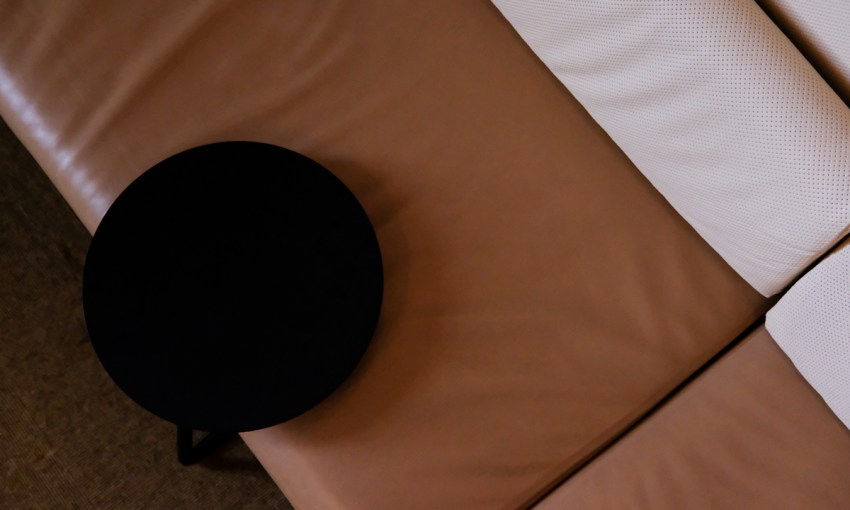 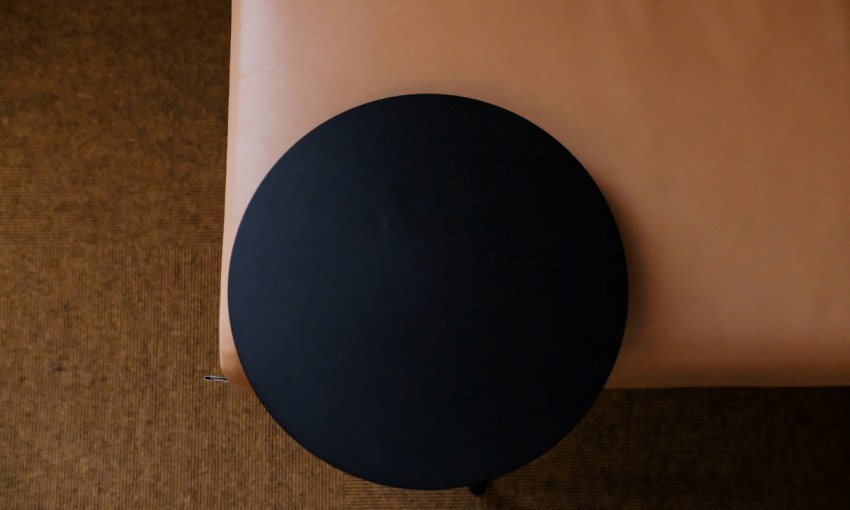 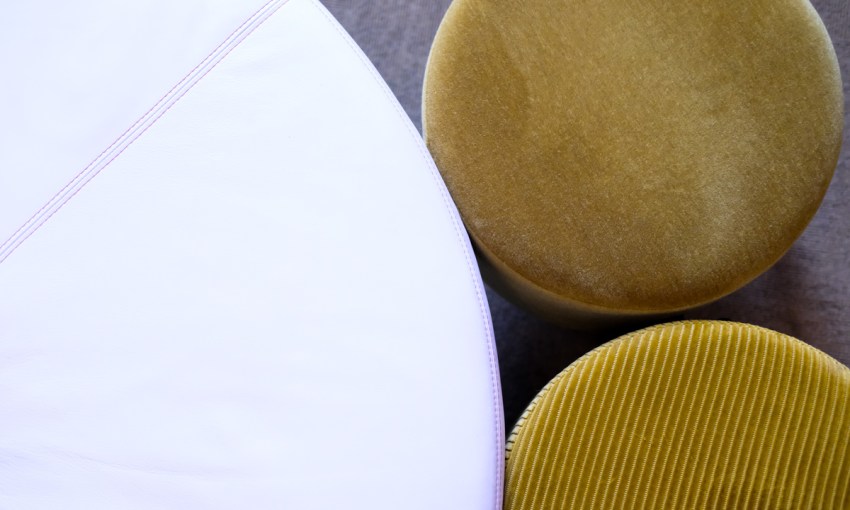 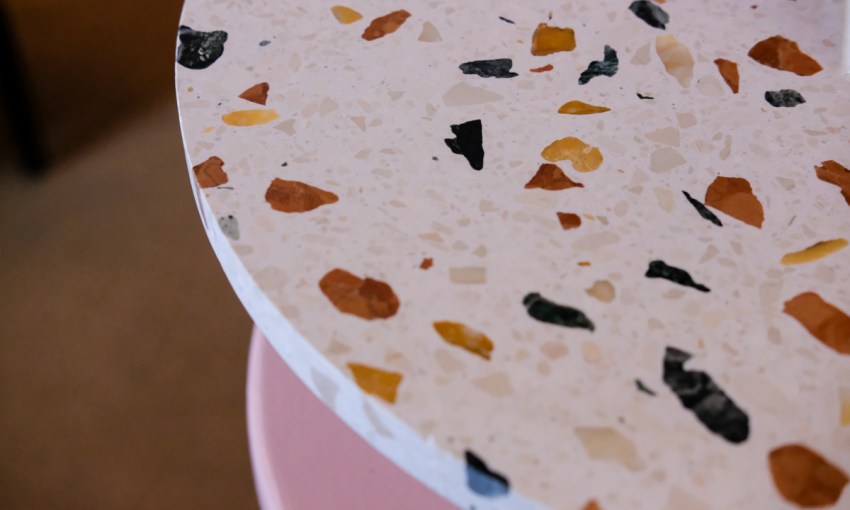 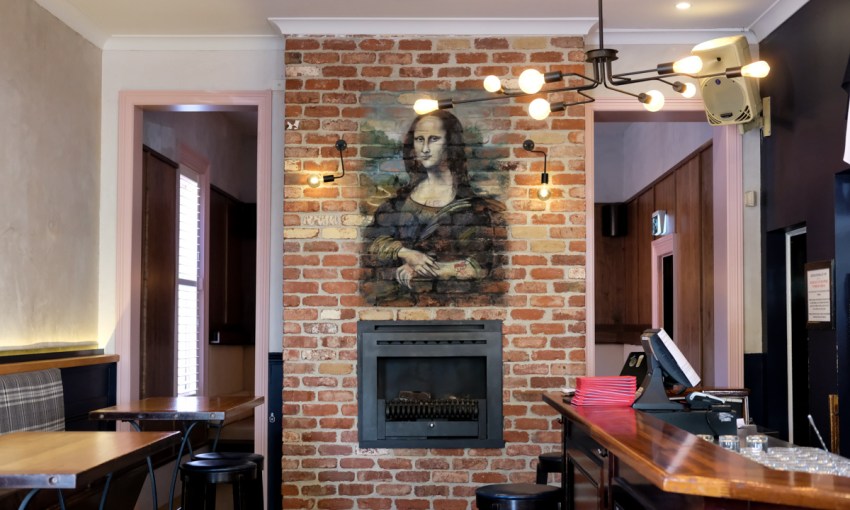 The pub’s owner, Luke Saturno, contracted designer Andrew Eden, of design firm AG, to bring a new identity to the space – a counterpoint to the pub’s hard-surfaced dining room and front bar.

Working up from the pastel terrazzo mantlepiece, Andrew extrapolated the colour palette throughout the room – now named the Sala Room (sala being Italian for ‘lounge’) – with soft pink and mustard-yellow features creating a softer tone.

Above the U-shaped booth that hugs the walls of this small space runs a power bar – meant as a utility for city workers who might need to charge a device or two when they pop in for a morning coffee or lunch.

Cushioned stools congregate around a borne sofa in the centre of the Sala Room and are moveable. All the moveable furniture elements were custom designed by Andrew for the project. 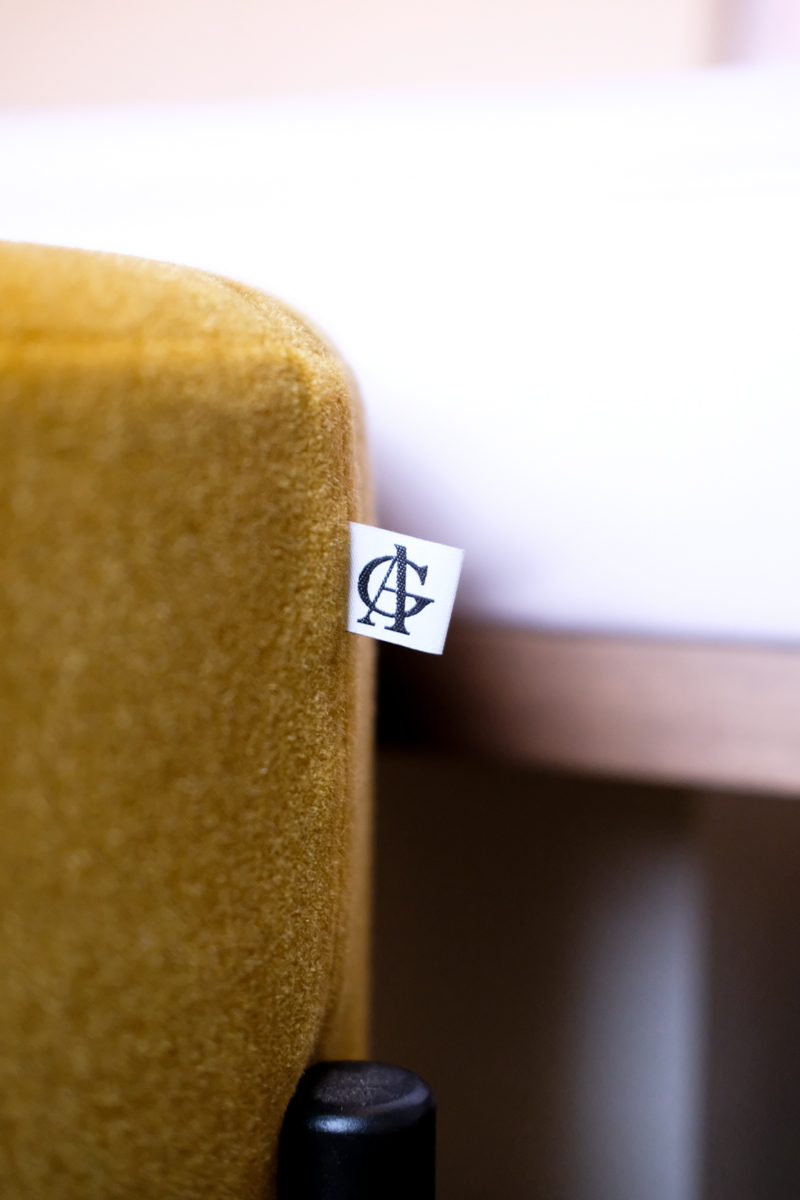 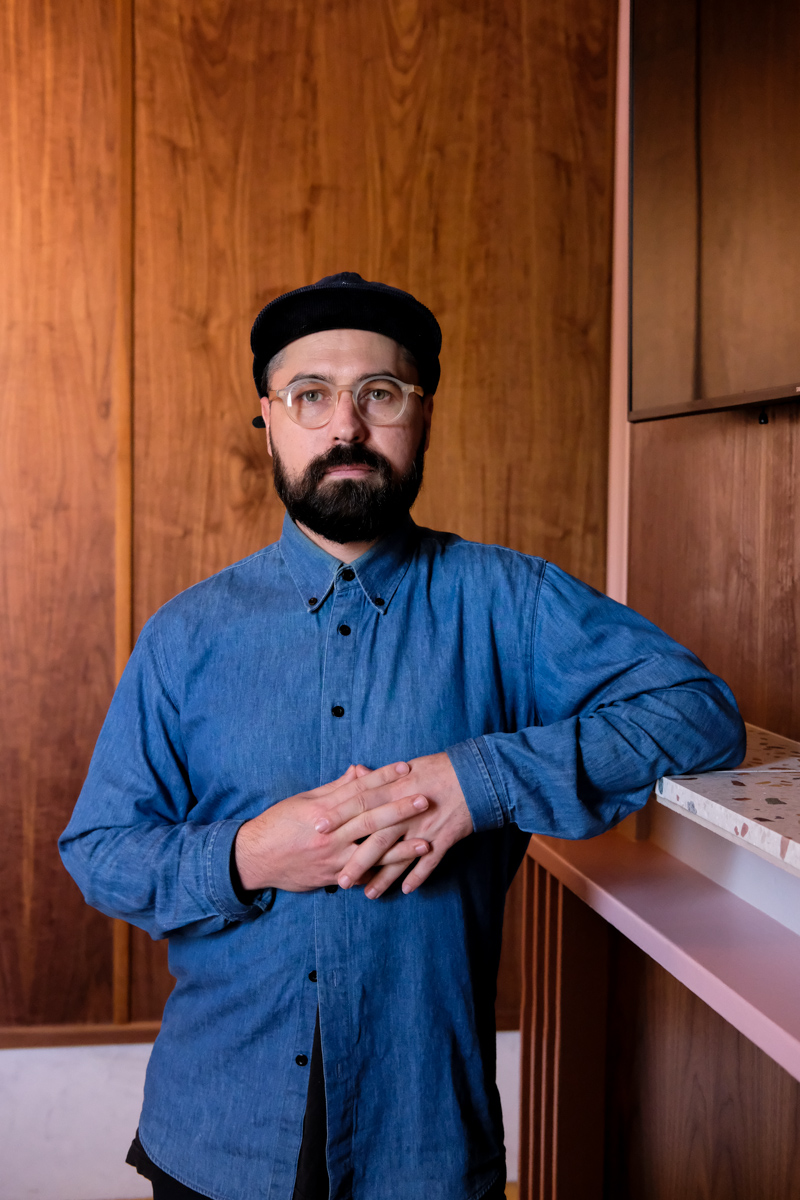 While the design brief from Gilbert Street Hotel called for softer tones, Andrew needed to take into consideration that the small space is part of a bigger pub.

“All these are pretty hard-wearing materials. The carpet’s done in squares, so if you get a wine spill on it, you can just rip up a square and put one back down,” Andrew says.

“I think these colours create a lot of warmth in here as well, and texture… the carpet and the walnut, and the pop of colour, it just feels right.

“I was impressed with the material spec on this one, Luke sort of let me go HAM on it, which is good.”

The room has already picked up regular use as a function space – it’s seen a few hens’ nights, and there have been requests for sports viewing parties – but the true test will come this winter.

It was during a stormy winters day a couple of years ago that Luke saw the need to expand the seating options within the pub. Because of the rain, no one was willing to sit at the tables out the front, no one was in the beer garden, and the front bar was crammed. 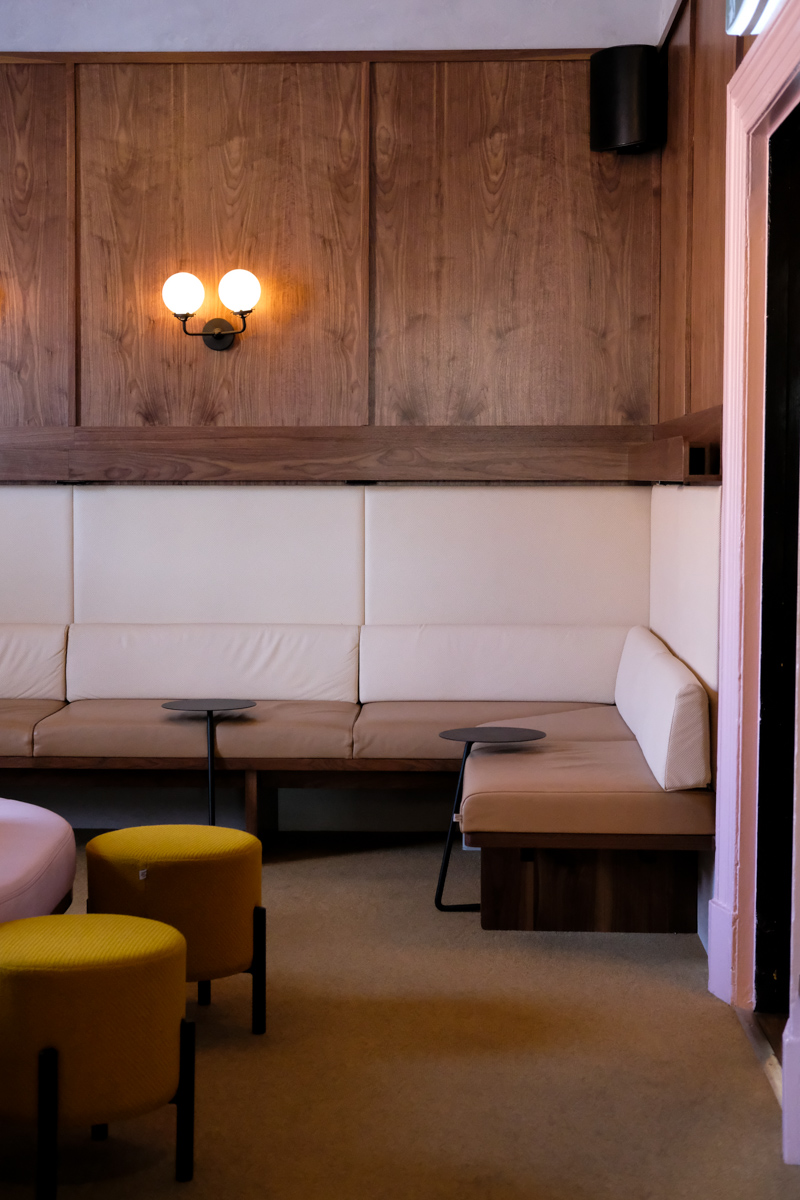 Returns on pokies in cities have been diminishing for years, forcing pub owners to reckon with a life without the guaranteed income poker machines have – until recently – afforded them.

The Gilbert Street Hotel had poker machines when Luke took over in 2008, but in the last couple of years the value proposition of having a room dedicated to gaming machines has shifted.

“I thought, I’ve got this great space, with these pokie machines no one’s using, and everyone’s uncomfortable in [the front bar],” Luke says.

“Don’t get me wrong, I’m not anti-pokie machines at all… and if anyone wants to criticise them, that they’re bad for society, then get rid of every gaming [outlet], from sports bet apps to casinos, everything.

“It was more of, can I get a better return?” 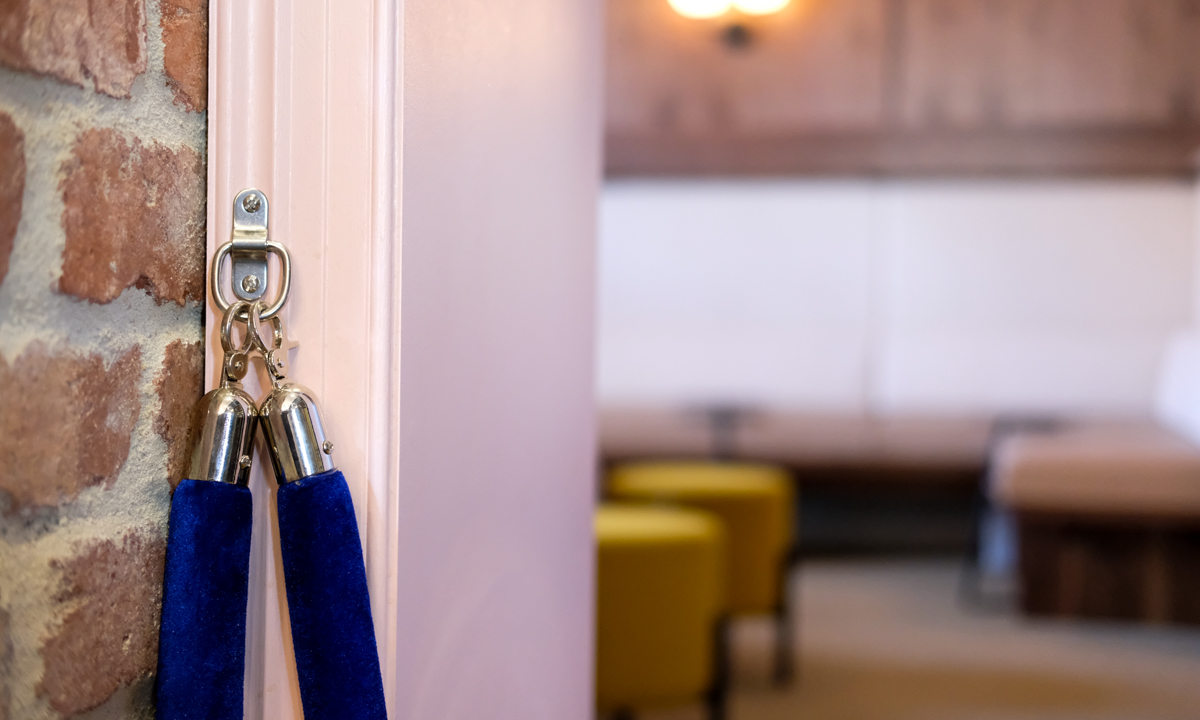 The Sala Room can be roped off for events

While there are plenty of Adelaide pubs with longstanding no-pokies policies (Grace Emily and The Wheatsheaf, to name just two CityMag favourites), the Gilbert joins the recent crop of pokie-free converts to herald the new pub era, among them Electra House, and The Stag Public House.

Even if the change is not an ideological one, it demonstrates a good pub well-managed is able to thrive off the community it builds around its front bar and restaurant offering, live music and other events, and, of course, its style of service.

For Andrew, and Adelaide’s army of hospitality designers, every gaming room conversion is an opportunity to reclaim a space in pubs that has long been left to fester into an ugly, fluorescent box, almost totally bereft of character, freeing it up to become a space that welcomes all. 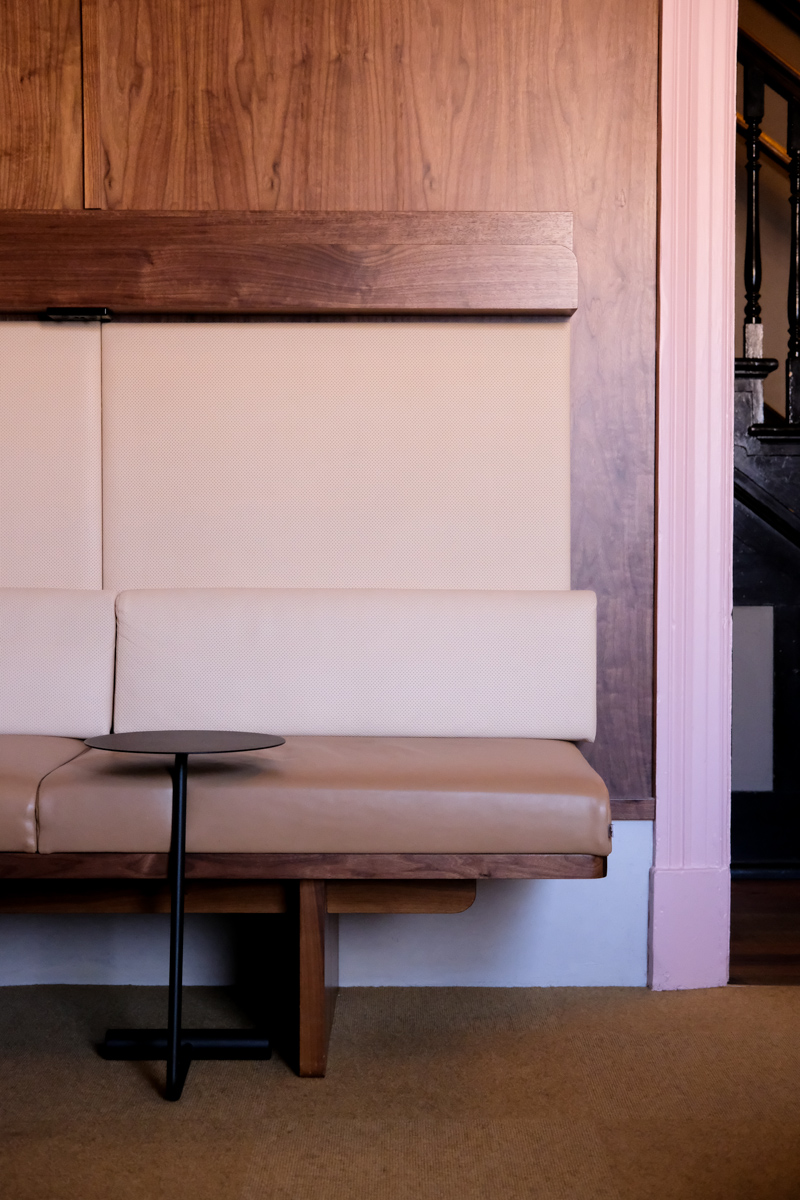