Wine events company The Fruitful Pursuit has always encouraged Adelaide to drink quality and fun. CityMag asked TFP founder James Hopkins for a selection of summer-ready red wines we can all high-five over as the weather heats up. 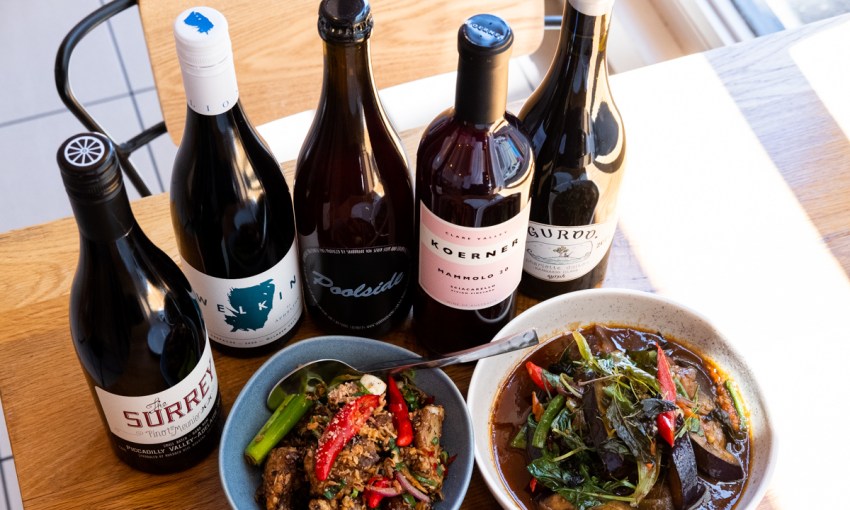 In the grilling daze of a South Australian summer, red wine can still hold a perch.

You can also see The Fruitful Pursuit’s selection of high-five white wines and skin-contact white wines at the links.

The heat outside doesn’t yet have us huddling in air-conditioned cinemas to avoid excessive perspiration, but glasses around the city are already filling with golden, frothy liquids.

The optimistic drinkers amongst us know that red wine can be an all-year-round kinda drink, but it requires careful selection: lighter, brighter and splashier styles.

To provide balance against the more brazen and syrupy reds likely to make an appearance at family gatherings during the holiday season (those which induce less-than-tactical naps), CityMag is here to offer some delicious counterprogramming.

Our high-five reds were not merely chosen for ‘crushability’, but selected to perk serious intrigue in you, dear reader, so as to keep eyebrows raised and chat lifted, and not weigh you down in the heat.

As for how best to enjoy the wines, these are light and juicy styles, yes, and as such, you may feel inclined to keep them chilled in the fridge.

A warning: take it easy. We’re going for subtlety here. The brilliance in each bottle will be lost if served below 12°C.

Give them 10 minutes in the salad crisper, and you’re good to go.

Anyway, on to the good stuff. 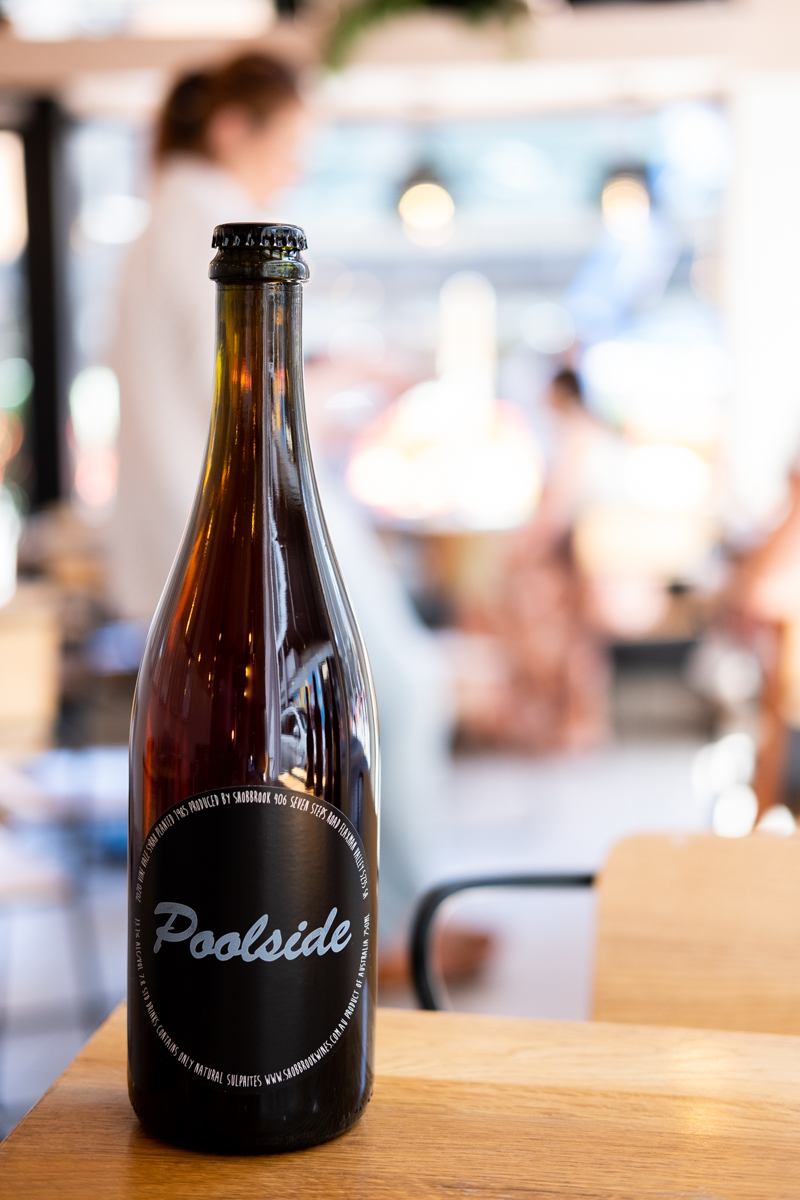 This is a most refreshing take on Barossa Valley shiraz. The Shobbrook clan picks as early as palatable, two tonnes per day over the course of two-ish weeks. Each day’s load is quickly pressed (with no further extraction of colour) and then thrown into the same rolling ferment, meaning a new snapshot of the vineyard is introduced to the final product each time.

Poolside is luminous in all senses of the word. Rainwater-fresh drinking, with equal guzzling potential. The fruits are beaming: a playful melee of strawberry, underripe cherry and watermelon. It’s the stark contrast to expectation that overwhelms us here. That and the crafty flex of genius this displays. A red made for an Australian summer.

It’s also a true ‘zero-zero’ wine. Organic fruit. No additives. Nothing but grapes. You don’t need to share this information with anyone, but if you know how challenging this approach to the craft can be, it’s worth wine-splaining. We’ve gushed over it more here. 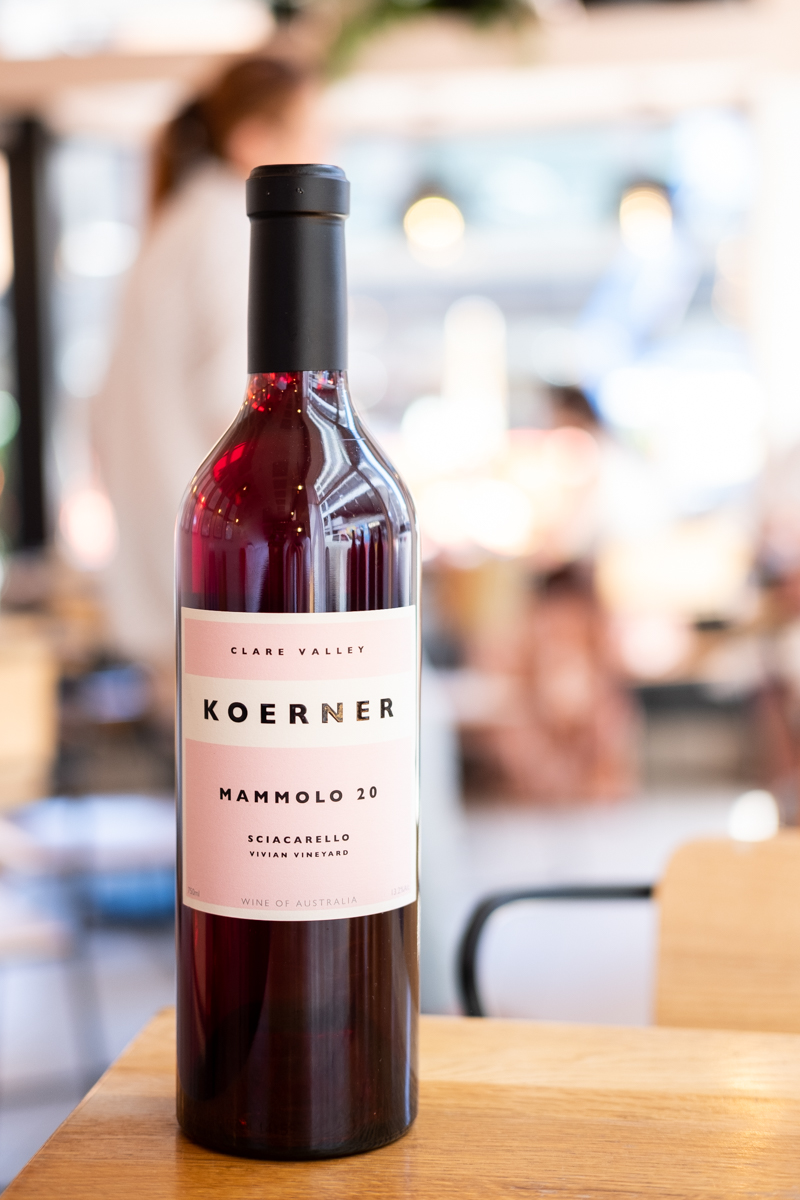 Sheer frivolity with show bag energy. That colour, it’s fairy floss. Breathe deeply for a hit of pink Fizzer™, spearmint leaves, crushed strawberries too. Wafts of little white and purple flowers, and faint incense. Pleasingly, this tastes as good as it smells. It’s zappy—electric—with a pine-lime sharpness that tingles on the tip of your tongue. Super fun. 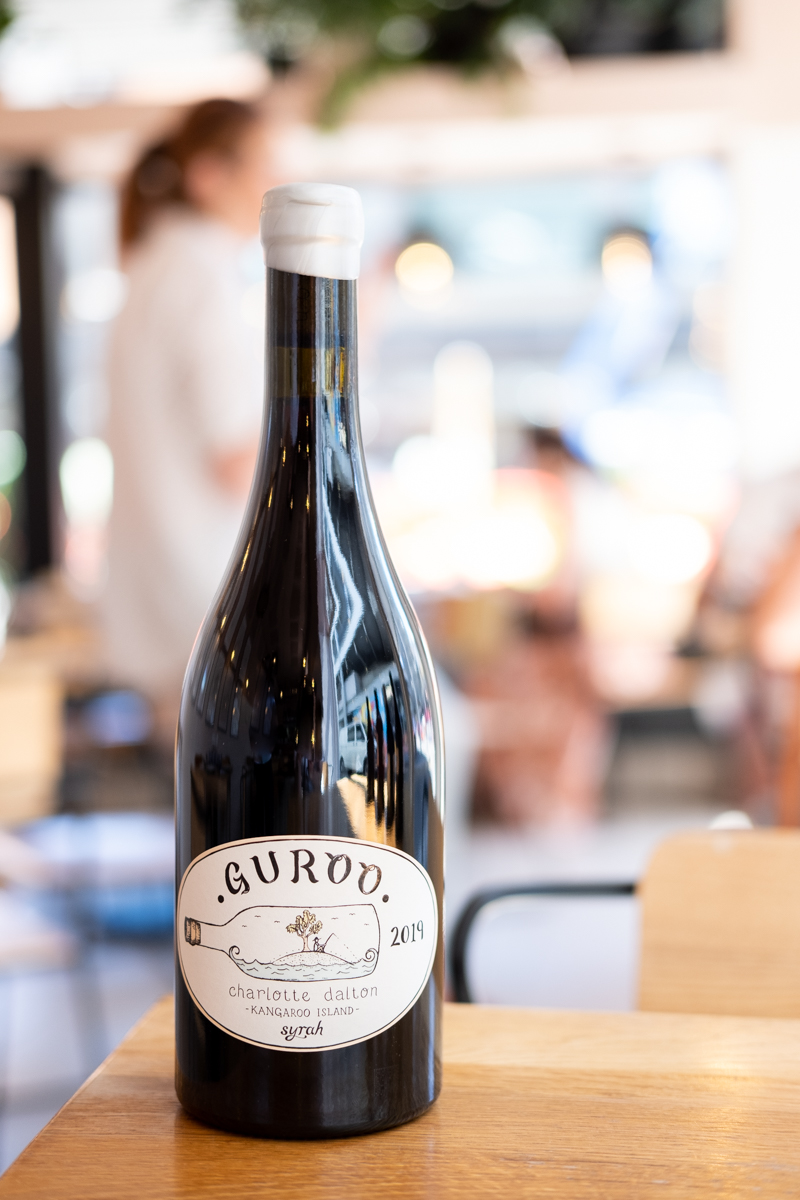 The inaugural release of the ‘Guroo’ project hasn’t received anywhere near the attention or acclaim it deserves. The concept sees the clever minds behind The Stoke, who source fruit from Australia’s third biggest island, put “Kangaroo Island grapes in the hands of a masterful mainland winemaker”. In this case, it’s our beloved Charlotte Hardy (aka Charlotte Dalton Wines).

This is Syrah, not Shiraz: delicate and perfumed. There’s a rush of dried bush and dark spice up front. Something so Australian, but shifted. Yes, juicy. And so bunchy. Mulberry en masse. Blueberry. Tomato leaf. Lashings of just-plucked acidity; it’s almost searing in its liveliness. Fine, sticky tannins. An unexpected drop. This is history in the making. 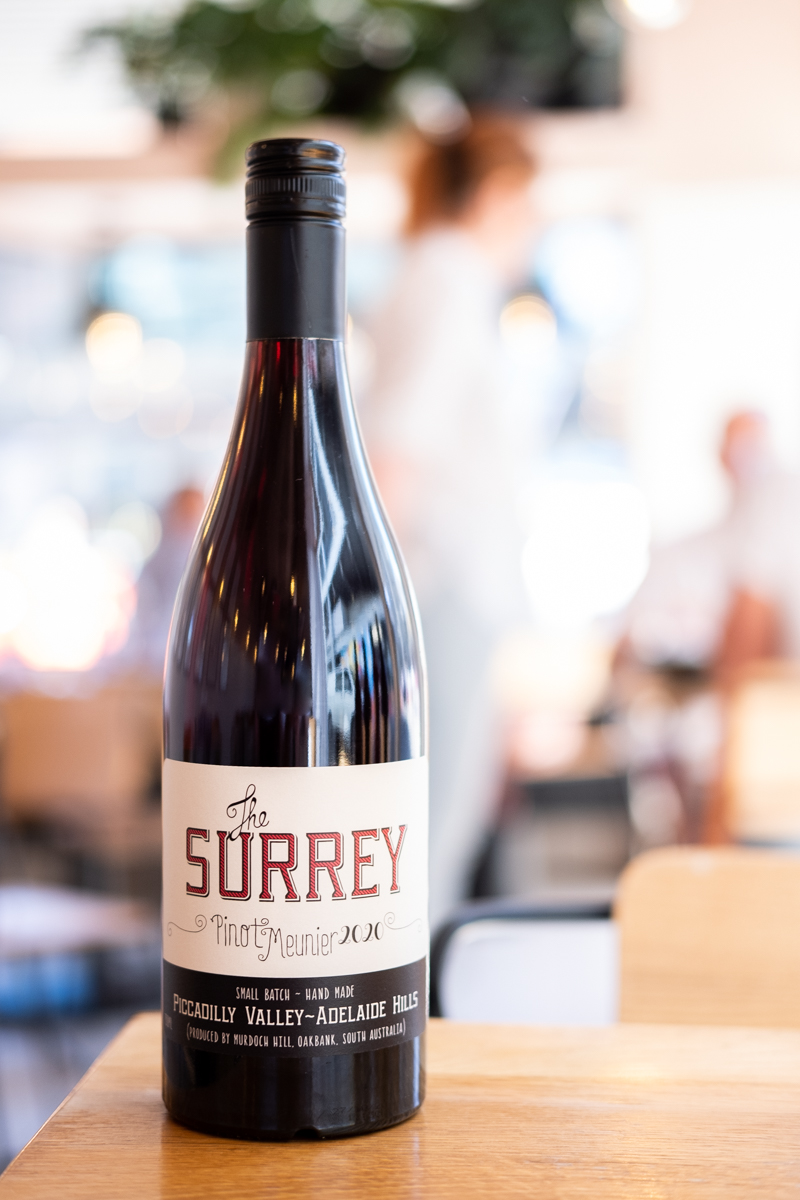 If you were pursuing an unruly alternative to this variety’s classier sibling, this is still very pinot. Silky, mouth-filling fruits. A spectrum of cranberry: both dried and fresh. Blood red cherry. Hints of nutmeg. Wilder than we thought, and far more complex, with some damp leaves and earthen tones also at play. Delicious. 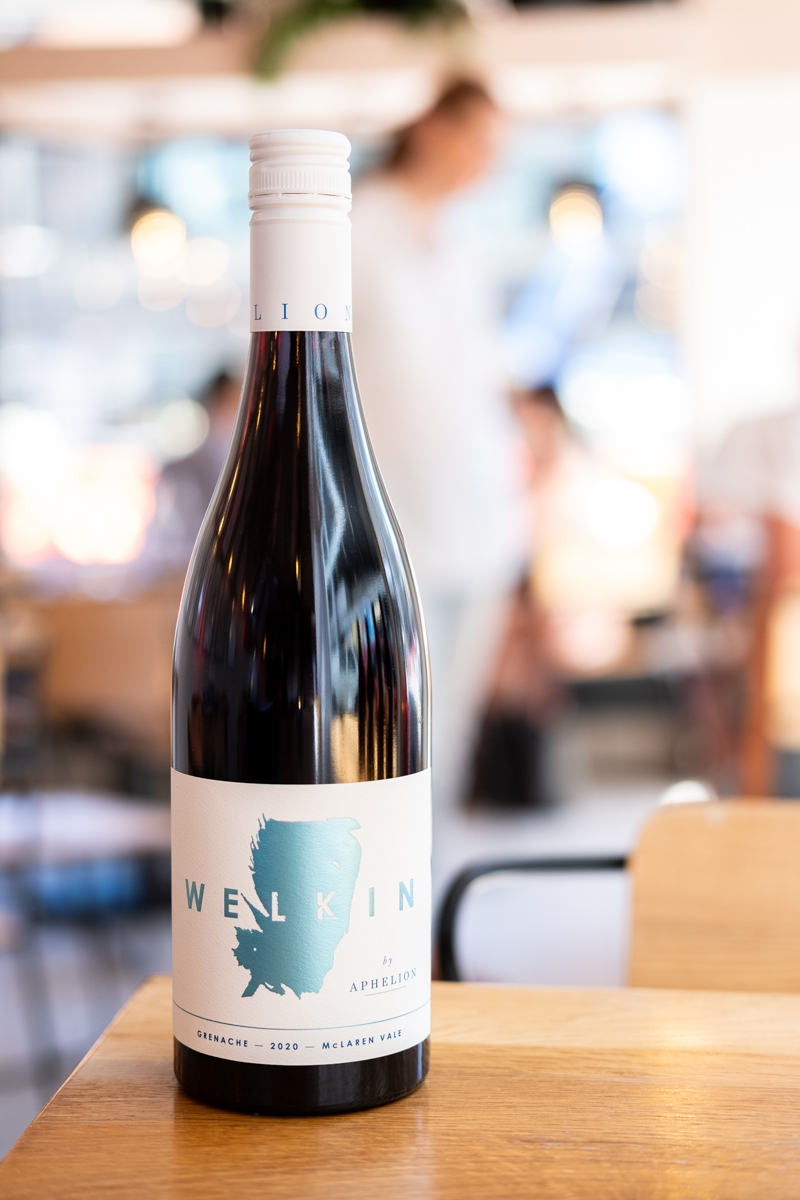 In the words of The Fruitful Pursuit’s Tyler Grace Austin: “Too good for a Tuesday night, but good enough for a second date.”

This is straight-up party gear, cloaked in a rather polished package. Ultra plush. Stewed strawberries and other soft and squishable red fruits on the nose, with a dalliance of bluer bits to taste. And it hangs back, lurking for the kick-on. Uproarious with a serious nod. It is a wine to impress all walks, paternal palates inclusive.

Soi38 lent CityMag a table at their venue to shoot the five wines, and offered some dishes they say are best matched with a zippy summer red. Chef Terry Intarakhamhaeng plated up stir-fried eggplant with chilli paste and wild ginger, and Boston Bay pork short ribs with ginger and chilli. 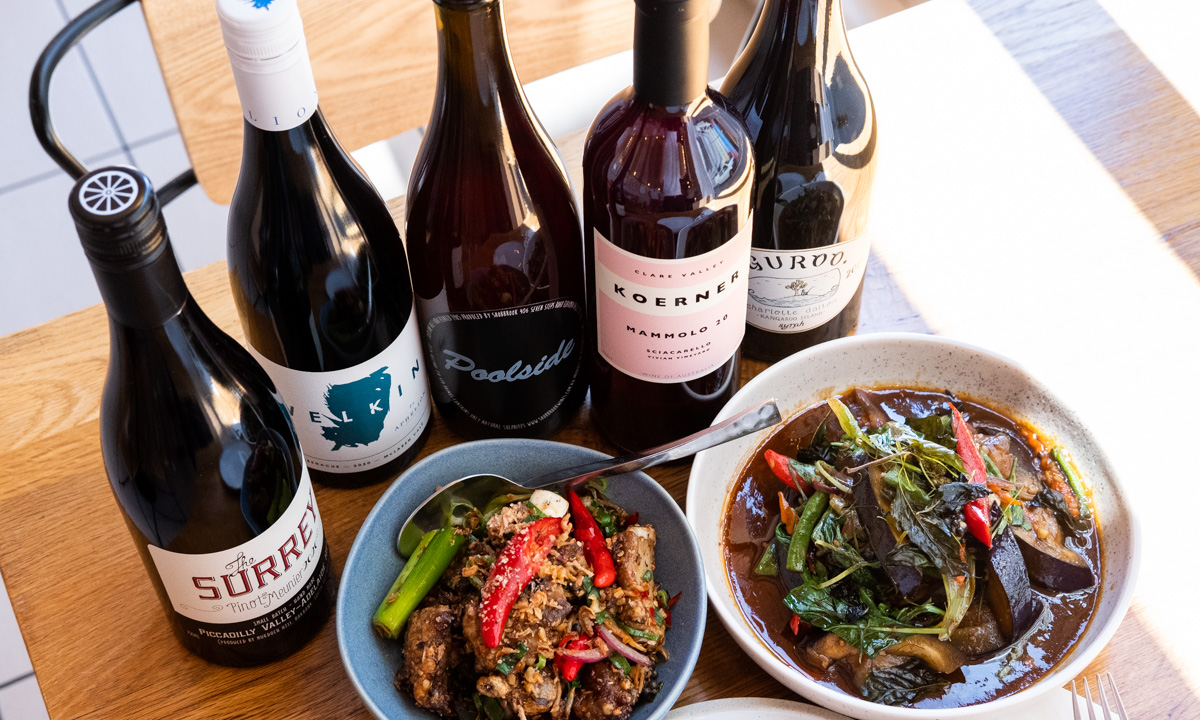