Tasting Australia 2020 has been postponed

Following the Federal Government's advice that all non-essential mass gatherings of more than 500 people should be cancelled, Tasting Australia has postponed its 2020 event. 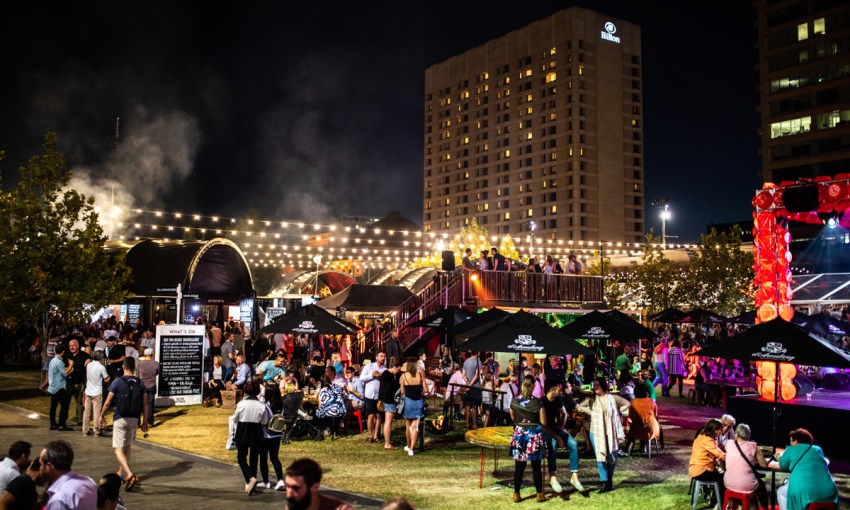 Tasting Australia has announced its 2020 event has been postponed.

The announcement came after the Federal Government’s advice on Friday, 13 March, that all non-essential gatherings of 500 or more people should be cancelled due to concerns over the spread of the coronavirus.

“The decision also follows concerns that a number of our international and national talent were assessing their ability to participate in the festival at this time, and some had already indicated they were unable to travel,” a joint statement from Festival Director Simon Bryant and Events South Australia Executive Director Hitaf Rasheed says.

“The decision to postpone Tasting Australia is the right one as we want to ensure a spectacular, and importantly, safe experience for all. In light of today’s announcement, we would not have been able to deliver the experience that Tasting Australia patrons have come to expect or deserve to receive.”

The festival is working to potentially move the event to October/November 2020, but no date has yet been confirmed.

“Once Tasting Australia’s new dates have been confirmed, a further announcement will be made, and all current ticketholders will have the opportunity to transfer the date of their tickets or receive a refund,” the statement says.

“We are aiming to have confirmation of new dates by the end of next week and will communicate details around refunds at that point.”

Tasting Australia is but one of many planned mass gathering events to be hit by concerns over the coronavirus, with InDaily also reporting on Friday that ANZ’s major SA fundraiser has been cancelled, as has Mount Gambier’s Generations in Jazz event.

The Federal Government’s advice kicks in on Monday, 16 March. Meaning the final weekend of the Adelaide Fringe and Festival will go ahead as planned. However, the Port Fringe Street Party, hosted by the  Port Adelaide Enfield Council and scheduled to happen on Saturday, 14 March, has been cancelled. (The Port Admiral Hotel has announced via Instagram they’ll still kick on though.)

A spokesperson for the Adelaide Fringe told CityMag the festival would likely make a decision by Monday on the fate of the Fringe on Tour events, happening in regional areas in South Australia from next week up to the end of March.

(UPDATE: Fringe Mount Gambier has announced it has cancelled its Friday Fringe Lift-Off and Saturday Fringeland events, but some of the smaller events will continue, subject to the discretion of venues and artists.)

You can stay up to date on the spread of COVID-19 in Australia by keeping an eye on Department of Health’s Coronavirus (COVID-19) ‘current situation’ page. At time of publication (5:25pm on Friday, 13 March), South Australia had 11 confirmed cases, with the national total at 156 cases and three deaths.

For updated information on the best way to protect yourself from the spread of the coronavirus, see the World Health Organization’s advice for the public page.